Attack on Titan Season 4 Episode 10: What to Expect? 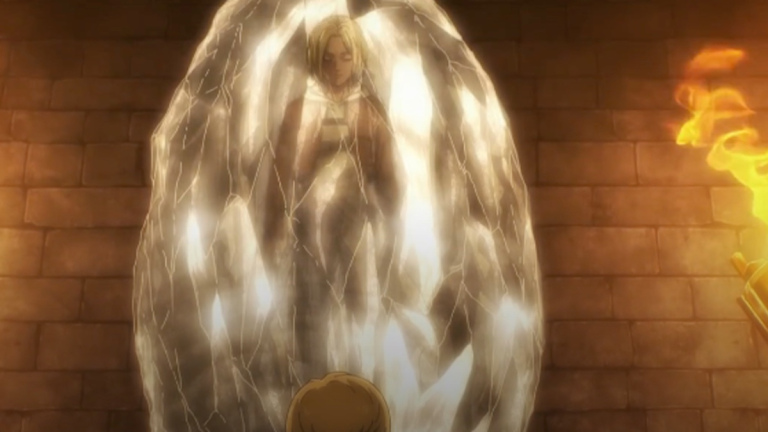 We will concur that the inception of season 4 of ‘Attack on Titan’ was quite vague. However, over the past few weeks, the story has become more gripping and nuanced than ever. In fact, episode 9 even fills us in on some events that took place during the 4-year time skip. So, what can we expect from the show next? Hang tight, because here are our theories.

Where to Stream Attack on Titan Season 4 Episode 10 Online?

In the wake of Sasha’s demise, the Paradis soldiers will all have to face their inner demons while fighting for their motherland. While it has repeatedly been established that Sasha’s death was the consequence of Eren’s actions, the weight of her absence is felt by everyone. Having lost a dear comrade, it is possible that the Levi squad will be on edge. They may also strategize accordingly.

Apart from this, we expect that the Marleyan forces may launch a counter-attack and that Reiner will have to set foot on Paradis Island yet again. The power grab and lust for titans will continue, as will the conflict between Marley and Paradis Island. Central to this narrative could be Gabi and Falco, who represent the next generation of humans born into this mess.

With Zeke alone in the forest, the kids have no familiar and friendly face in sight. However, Falco knows that the Marleyans were the ones who attacked Paradis initially, and if Reiner comes to rescue his countrymen, then the kids could just learn more information about the previous altercation that nearly ruined Paradis Island. While there are many variables, one thing is for certain— the epic battles will not be stopping anytime soon.

We learn more about the events that occurred 3 years ago. Eren’s titan picks up a Marleyan ship and brings it to shore. Niccolo, a Marleyan hostage, tells the captain to kill the Paradis forces, but Yelena kills the captain instead. She then accepts Hange’s invitation. Yelena then discusses how strong the Marleyan forces are.

Hange is curious to know more about why Marley has not attacked Paradis Island yet. Yelena says the firstly, the pure titans meant to wreak havoc on the island have actually provided them with ample protection. Secondly, there’s the fact that Marley is at war with other countries, especially since Paradis forces crippled Marley’s Warrior unit. Yelena then reveals that she is a part of the Anti-Marleyan Volunteers.

Hange brings Zeke’s plan to the floor for discussion with other Paradis officials, but naturally, neither of them trusts either Zeke or the Anti-Marleyan Volunteers. However, the island manages to make significant technological strides with the help of Marleyans nonetheless. In real-time, everyone is reeling from Sasha’s loss and processing it differently. Niccolo, whose cooking Sasha loved, invites her family over for a free meal on the house as well.

Zeke wants to meet Eren but Levi won’t allow it as of now. The titan serum from Marley has also been handed over to Commander Pyxis. Levi then takes Zeke to a “hotel” in the forest, where the Beast Titan cannot do much damage. Gabi (still angry at Eren) and Falco are imprisoned elsewhere. In the end, it is revealed that Armin has been narrating the entire story to a crystallized Annie.