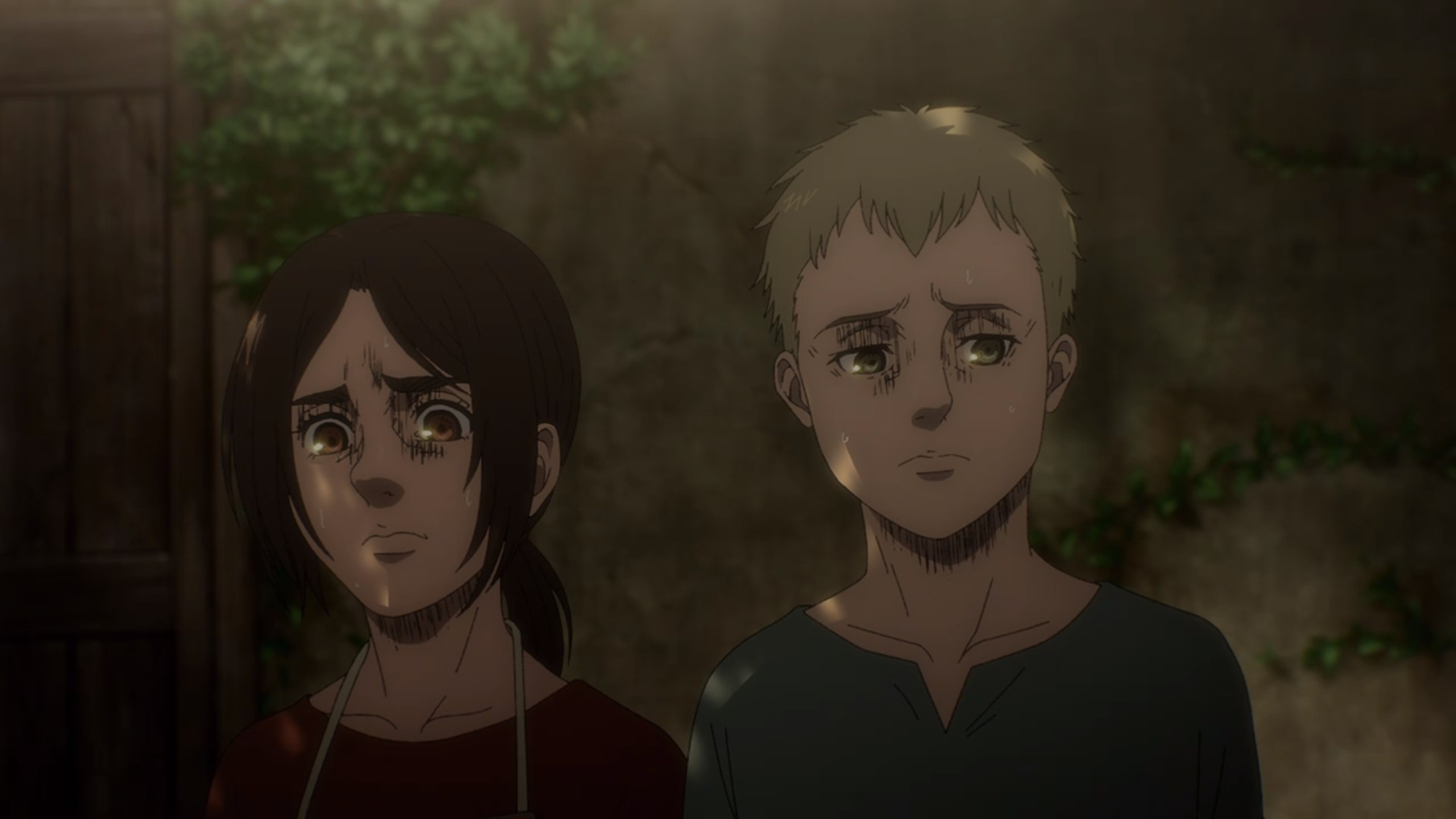 The past few weeks of ‘Attack on Titan’ season 4 have focused more on the events of the time skip and how those have influenced the lives of everyone in the present. Episode 11, however, ditches this approach and sheds some light on what the future and the conflict between Marley and Paradis Island could look like. So, without further ado, let’s delve deep into the nuances of the episode, shall we?

Gabi fakes being in pain and manages to break free from the prison (along with Falco) after attacking a guard. She wants to find Zeke and question him about his betrayal to Marley and its people, even if it kills her. Falco, ever the pragmatist, removes Gabi’s armband since it serves no purpose in Paradis Island. However, she states that she is a good Eldian, unlike the “Island devils,” and the armband is proof of that. Just then, a girl, Kaya, emerges and takes the two back to Sasha’s parents’ home.

At the port, Kiyomi reveals the first boat to be powered by Iceburst Stone. On the other side of the Island, members of the press and the general populace confront Hange about Eren’s confinement. She then finds out that 3 recruits named Holger, Win, and Louise, along with Floch, are responsible for leaking this info and orders them to be tried in court. Commander Pyxis investigates Yelena as well.

Falco hypothesis that they need to lay low at the farm and that the Marleyan Warriors will fetch them eventually. Kaya then tells Gabi and Falco that everyone working at Sasha’s parents’ farm is an orphan due to the events that transpired 4 years ago. Gabi spews the Marleyan propaganda and tries to attack Kaya, but Falco stops her. 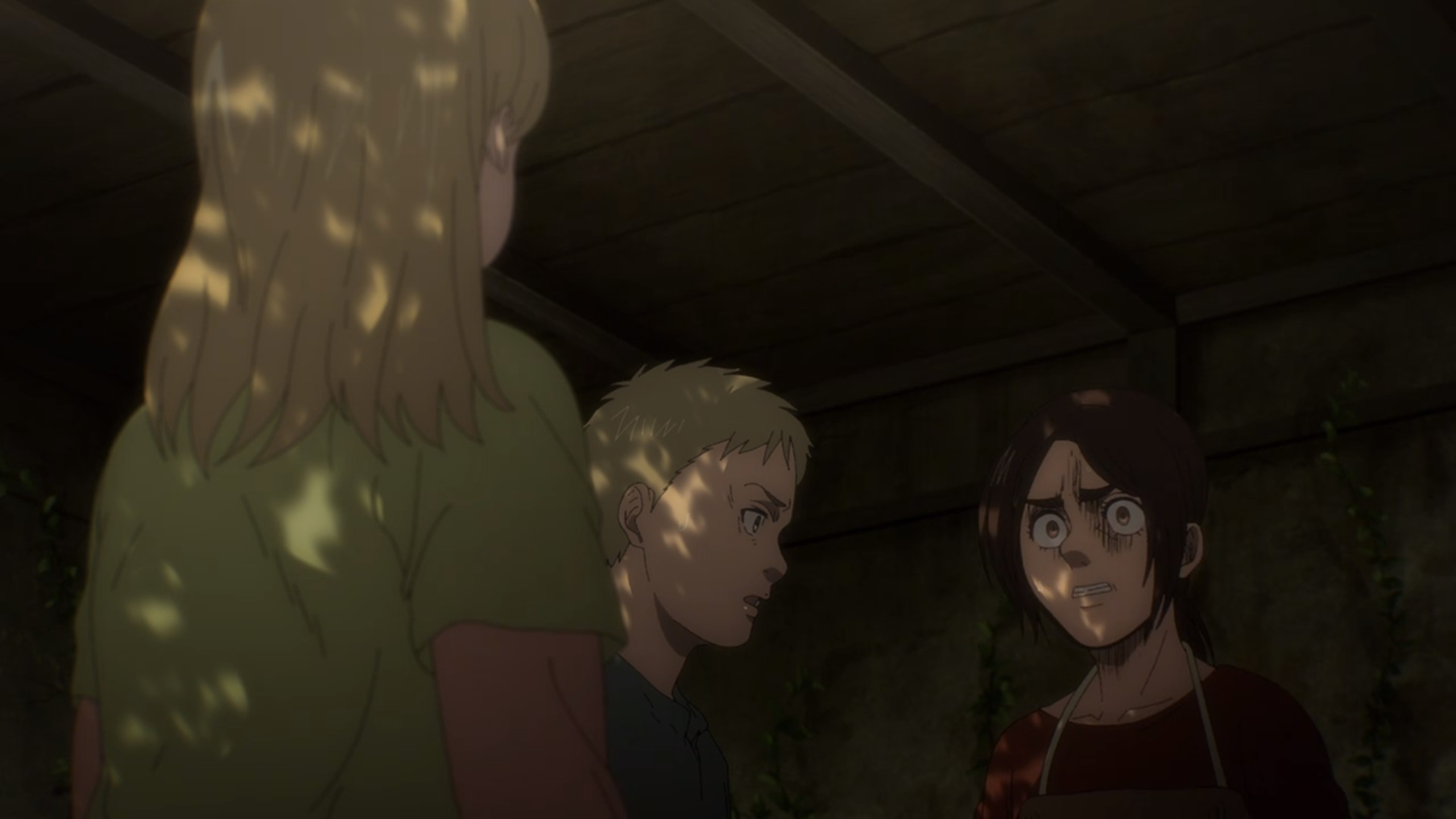 Kaya then takes them to her abandoned village and tells them how her feeble and defenseless mother was eaten alive by a titan and how Sasha saved Kaya that day. When she asks the two why her mother was killed in such a fashion, Gabi states that it is because of the sins of Kaya’s ancestors who wreaked similar havoc on the world. However, Kaya states that her mother did not kill anyone, so why did she have to pay with her life? Falco lets Kaya know that the death was collateral damage in the Marleyan operation.

The dynamic between Kaya, Gabi, and Falco makes one thing evidently clear — Falco is the cool-headed one, and Gabi has the spirit of a fighter. However, it doesn’t matter what Gabi does. It seems as though her path is always influenced by Sasha and her actions. It almost doesn’t matter that Sasha is now dead; her actions keep her legacy alive. Subtle ironies come to the forefront when you think about how the bullet that killed the Paradis soldier was fired by Gabi, but at the same time, Kaya is the one who finds Gabi and Falco in the woods.

Kaya, who herself had been saved by Sasha once and wants to be more like her deceased idol, is quite hospitable towards the Marleyans. Furthermore, despite Gabi’s firm beliefs in Marleyan propaganda, Kaya is able to break them down piece by piece, making Gabi question the veracity of the information she has grown up with. However, one could argue that had Sasha not done what she did 4 years ago, Gabi would not be challenging her own beliefs today. Their fates are intertwined, and the scenes where Sasha’s previous actions are able to influence characters even now are quite cathartic.

When Will Marley Launch Its Attack?

In the post-credit scene, Commander Magath and the Marleyan Warriors talk about Zeke’s betrayal and the future. The former states that within six months, they plan to attack Paradis Island with a global alliance. But Colt brings up Gabi and Falco and the need to rescue the two most talented Warrior Candidates. Reiner then states that they must attack immediately since Zeke will not be expecting that, and a surprise attack, as the name implies, would catch him off-guard. If they wait for the alliance, then Zeke will have enough time to flesh out the details of his own strategy. 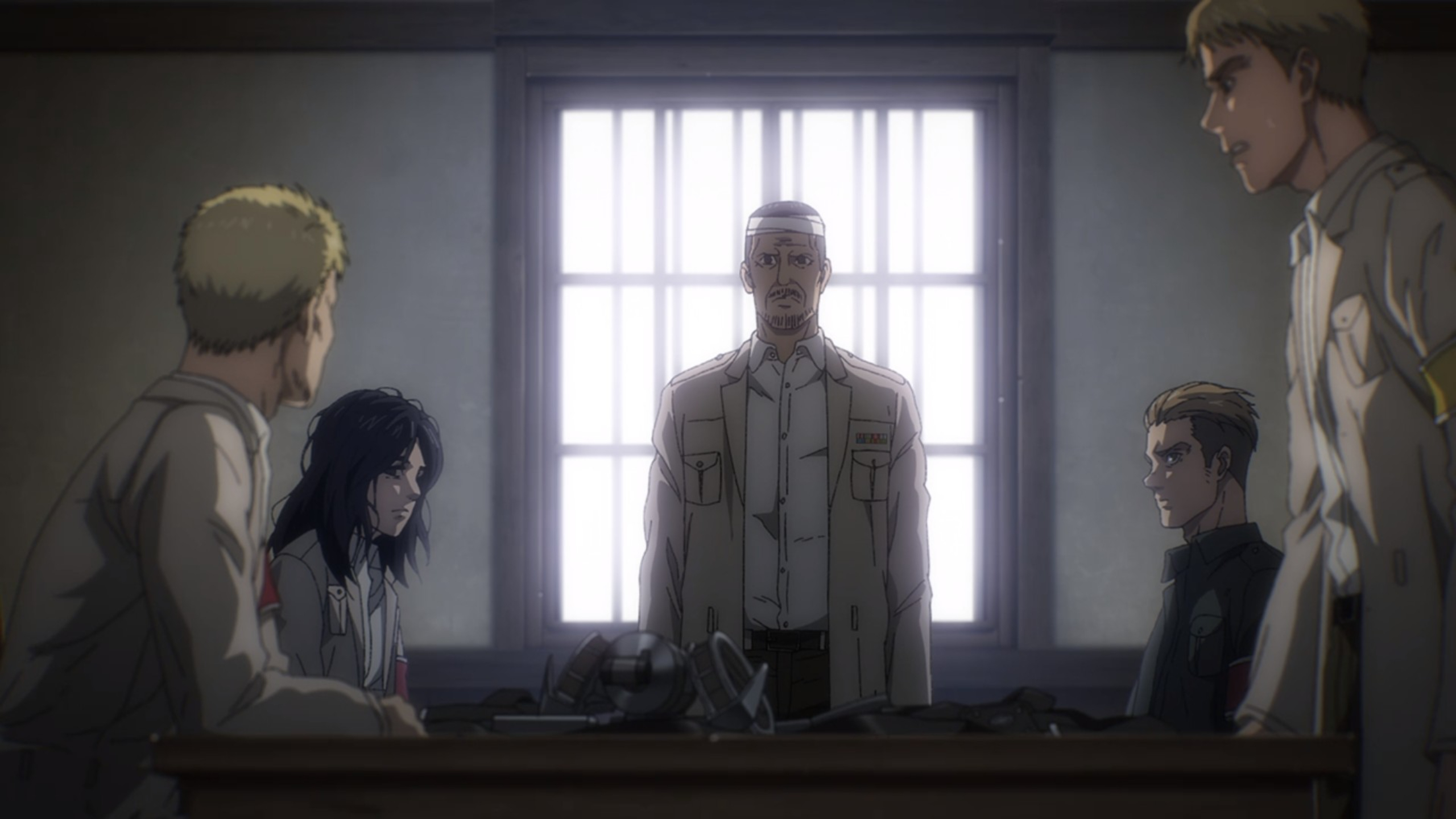 Reiner’s rationale is understandable, and it seems that the Marleyan Warriors will be launching a surprise attack. This makes sense, especially because this will not give the units of Paradis Island any time to launch the Rumbling, which is supposed to provide them with self-defense in the form of thousands of Colossal Titans. Even though the military of Paradis is much stronger and more technologically advanced than before, they may not know how to organize themselves in the face of a surprise attack, especially since they are already suspicious of Zeke and his followers and are trying to ensure that the Marleyans at home don’t do anything conspicuous. If Reiner and his colleagues attack the island now, they could just get the upper hand.