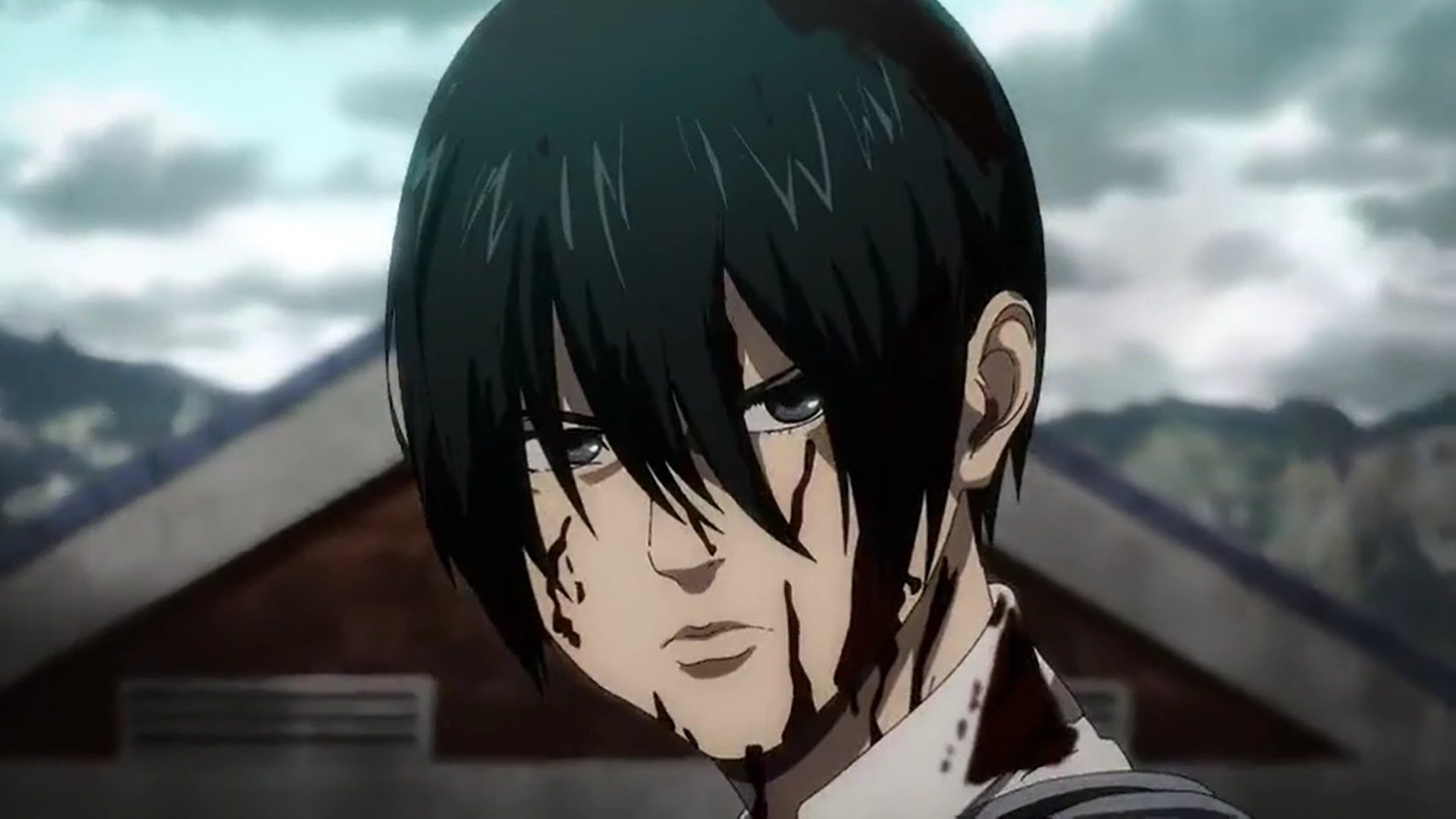 ‘Attack on Titan’ season 4 episode 27, titled ‘Retrospective,’ focuses on the struggle between the Yaegerists and the anti-Eren alliance of Warrior Unit and some members of the Survey Corps for the control of the harbor. While the latter comes prepared, they soon realize that their plan is flawed since the engineers need a lot of time to make the flying boat functional. Meanwhile, Annie and Reiner are slowly losing the battle against Yaegerists. Here is everything you need to know about the ending of ‘Attack on Titan’ season 4, episode 27. SPOILERS AHEAD!

Once Connie shoots his former friends guarding the flying boat, the violence on the harbor escalates even further. With Annie’s Female Titan and Reiner’s Armored Titan on their side, they appear to have a good advantage until Azumabito’s engineers inform them that the flying boat will take almost a day’s work to become functional. Hange and Magath are shocked by the unexpected piece of information as they know that it would be impossible to hold the Yaegerists for that long as they have already called for reinforcement. 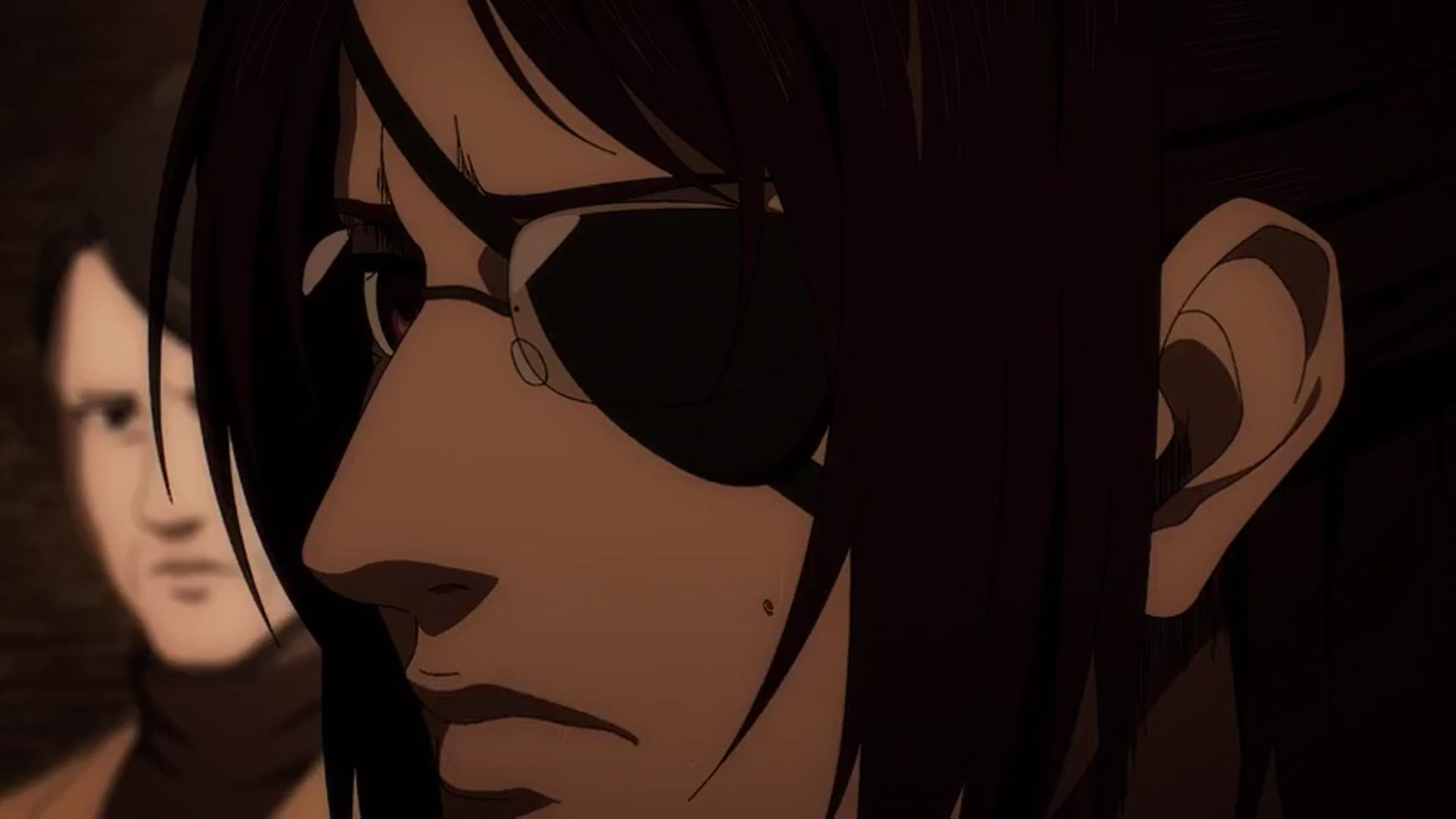 In the light of the sudden realization, the two leaders of the anti-Eren alliance worry about a new strategy when Azumabito suggests a different approach. She believes that they should take a ship to the Southern Marleyan city of Odiha with the flying boat on it. The flight can eventually be taken directly from there. General Magath and Hange believe that it is the only reasonable option left for them as the Yaegerists and their reinforcements will not stop fighting until they foul their plans.

The new strategy is soon relayed to everyone, and the anti-Eren alliance begins to fight with even more determination to ensure everyone gets on the ship safely. Sadly Floch is quick to realize what is happening, and he tells his men to use more thunder spears with the goal to destroy the ship and the flying boat. Annie’s Female Titan and Reiner’s Armored Titan, who have fought valiantly so far, are slowly becoming weaker, and as the Yeagerists use countless thunder spears to take them down, it does not take long to incapacitate them. Falco, who has been watching the violence unfold so far, decides to use his Titan powers for the first time and joins the struggle. 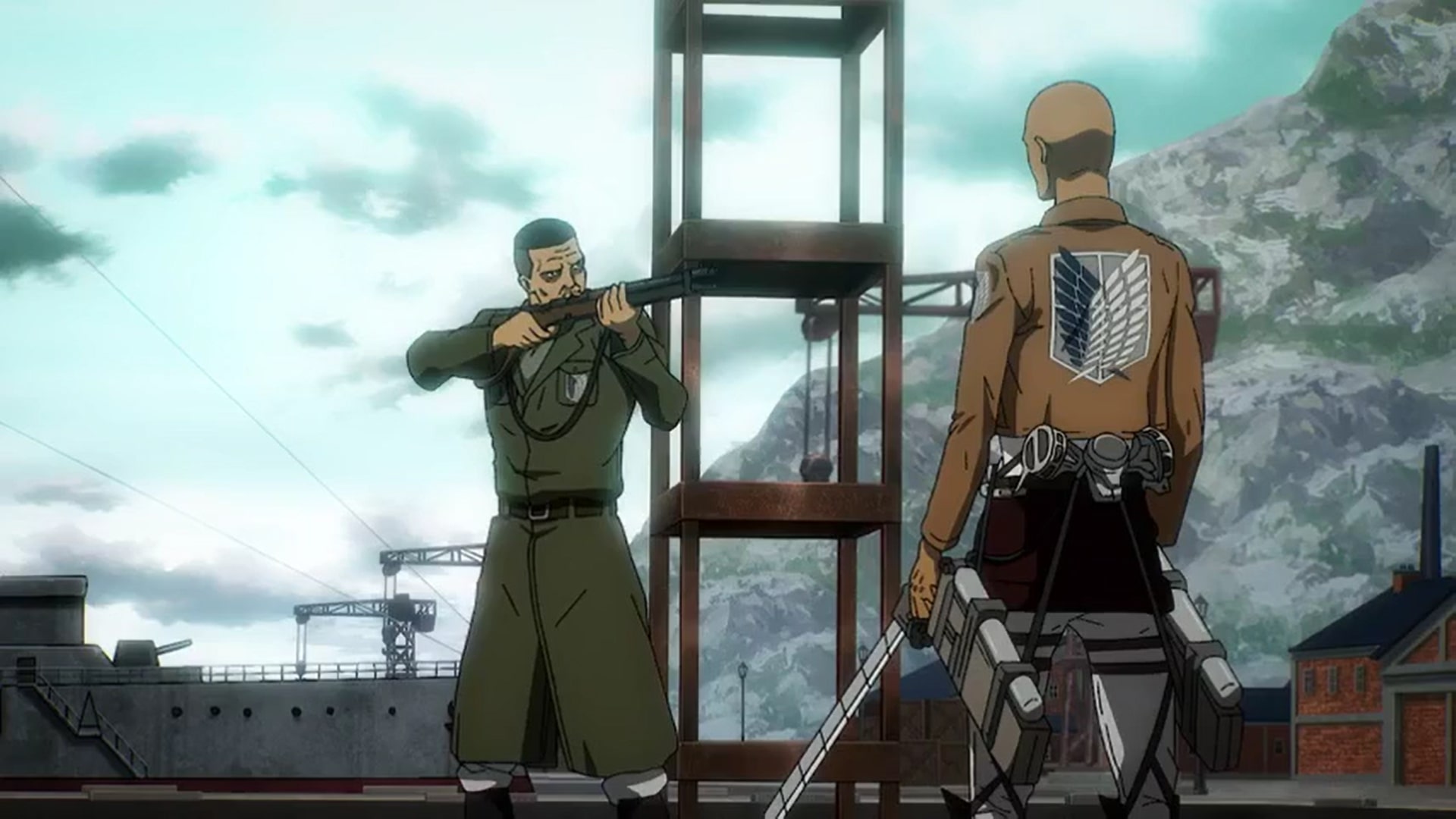 Meanwhile, the members of the Survey Corps do not show any hesitation in killing the enemies as they know that stopping the rumbling is their first priority. Luckily, Mikasa and her friends’ brutal and merciless onslaught turns out to be too tricky for the Yeagerists to withstand as most of them on the harbor are killed. At the same time, the reinforcements that have reached dangerously close to them are suddenly taken down by an unknown ally. Taking advantage of the golden opportunity, almost everyone gets on the ship and leaves for Odiha to execute the next phase of the plan.

Attack on Titan Season 4 Episode 27 Ending: Is General Magath Dead or Alive? Who Destroyed the Marleyan Cruiser and Why?

Yes, General Magath is dead. Once his allies have left on the ship, he decides to stay back to ensure that no one follows them. That’s when he suddenly meets Keith Shadis, who kills two Yaegerists right in front of him. Magath does not take long to connect the dots and asks Keith if he was the man who brought down the reinforcements. Shadis replies in the affirmative and confirms that he is there to stop the Eldians who are fighting on Eren’s side. 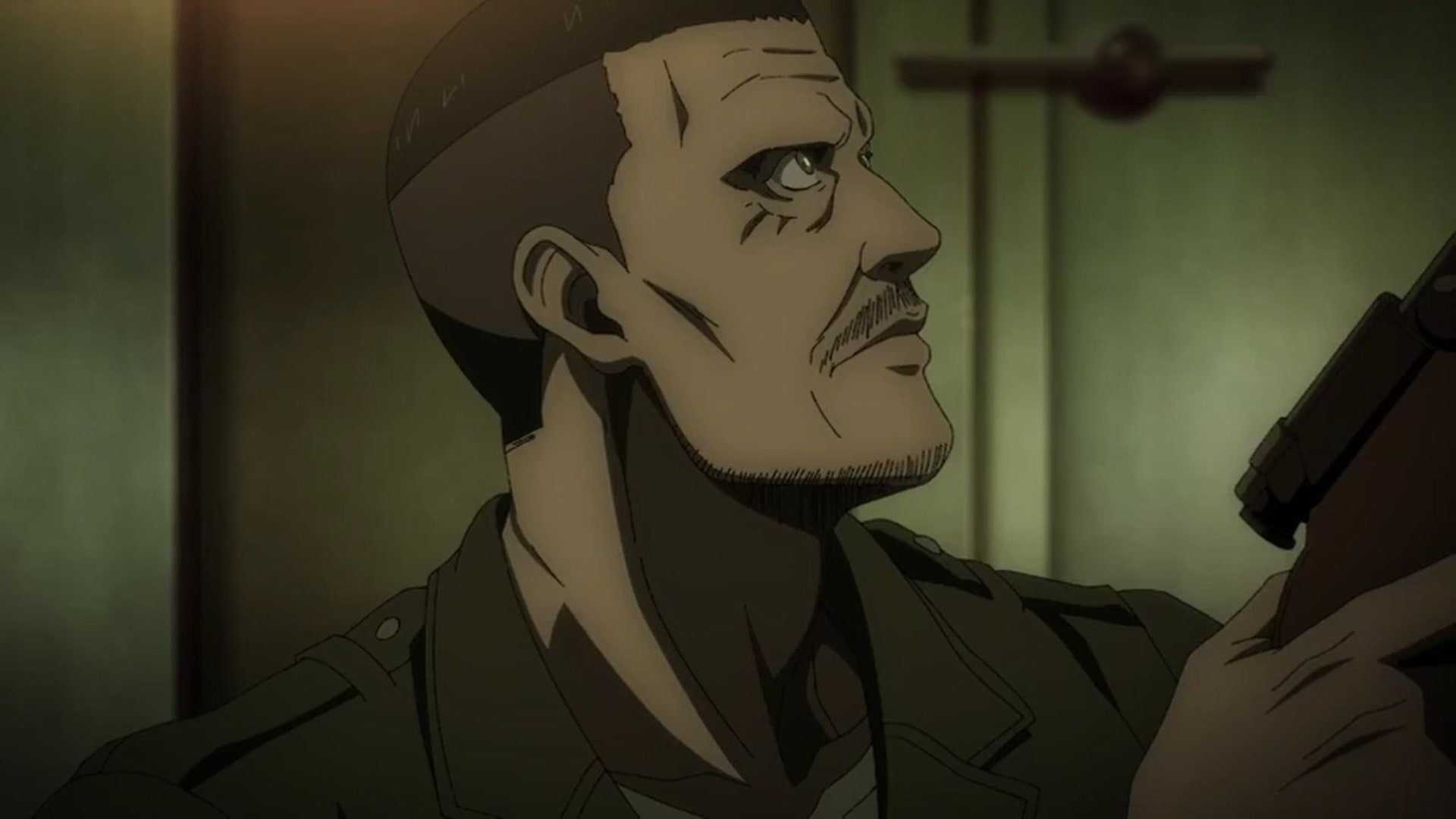 The duo knows that their enemy has taken control of the Marleyan cruiser, and if they are allowed to do as they please, it won’t take them too long to catch up with their friends. Therefore, they surreptitiously get on their ship and begin to prepare for a blast that will foul the plan of the Yeagerists. Shadis is onboard with Magath’s suicide mission, and the two share their reasons for the selfless sacrifice.

The Marleyan General, who has been part of countless wars so far and used to have disdain for the Eldians all his life, now only wants people to have a peaceful life after he is gone. When one of the enemies realizes that the two infiltrators have locked themselves in a room and are up to something, Magath does not flinch in going ahead with the plan and uses the blast to destroy the ship instantly.