Attack on Titan Season 4 Episode 4: What to Expect? 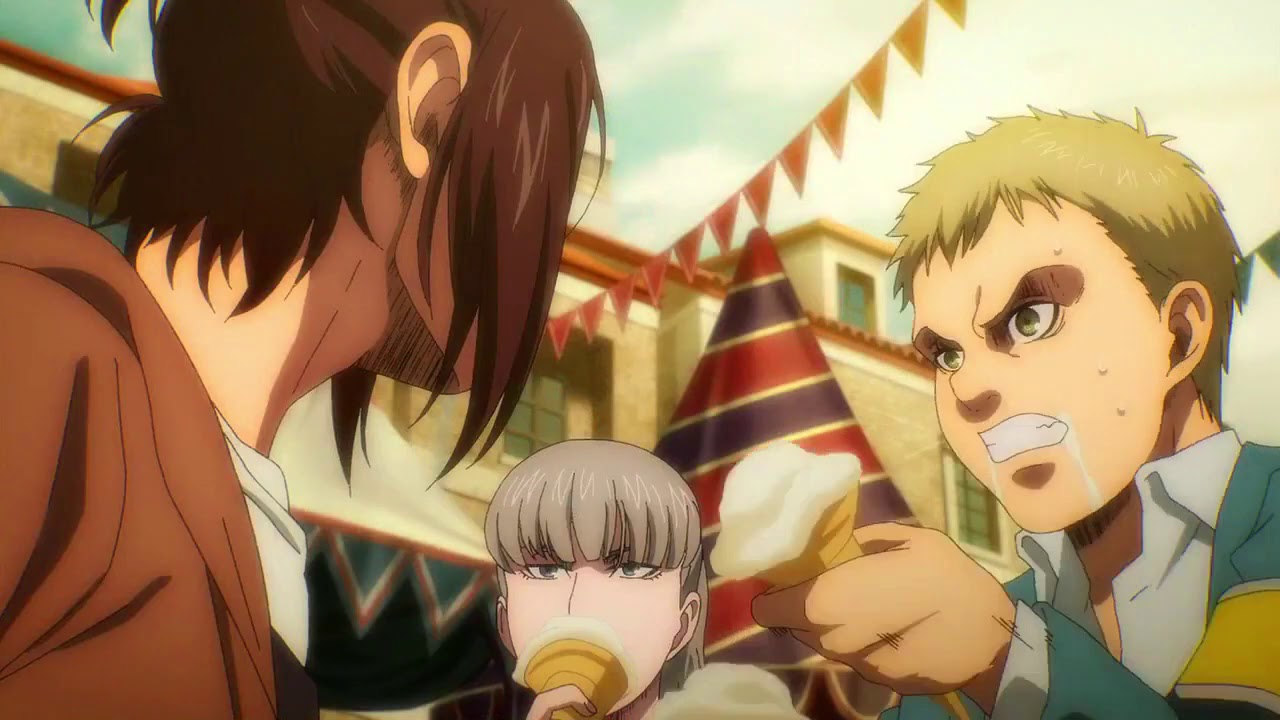 ‘Attack on Titan’ is a genre-defining anime based on the eponymous manga by Hajime Isayama. The story is centered upon humanoid creatures (Titans) that love feasting on men and a group of warriors who want to destroy them at all costs. The events that take place are equally heartbreaking yet motivating for the characters.

Moreover, as the narrative unfolds, you realize that the line between good and evil is a blurred one. As the show is in its final season, the excitement amongst fans is high. Not only has the 4-year war ended, but in episode 3, it seems apparent that Eren Jaeger has finally made his comeback. So what can be expected from the upcoming episode? Let’s find out.

Where to Watch Attack on Titan Season 4 Episode 4 Online?

The likelihood of episode 4 revolving around Gabi and Falco is quite high. After all, in the climax of episode 3, Falco talks about wanting to protect Gabi from inheriting the Armored Titan. He genuinely cares for her and wants to protect her. It is possible that after his conversation with the man who we all think is Eren Jaeger, Falco will move forward and try to save Gabi from the fate of inheriting a Titan. This could also mean that Falco may employ some less than ethical tactics to do so. After all, everything is fair in love and war.

Episode 3 focuses on Reiner, who is now in his childhood house. He thinks back to how desperately he wanted to be a soldier when he was just a kid. After all, it would mean that he could live under the same roof with his Eldian mother and Marleyan father. He also wants to be acknowledged as a hero in the eyes of the public. A flashback tells us that Reiner is loyal but not the most skilled out of all the warrior candidates. But the heart wants what it wants, and he is still hopeful of inheriting a Titan.

Lo and behold, Reiner is chosen to be the Armored Titan, much to Galliard’s disappointment. Later, Marcel reveals that Reiner became the Titan only because Marcel interfered to protect his own brother. But before Reiner can digest this news, Ymir appears as the Pure Titan and eats Marcel. Annie and Bertolt no longer want to continue with the mission, but Reiner states that they must not give up. Eventually, it is decided that they will break Wall Rose to smoke out the Founding Titan. Scenes from previous seasons have also been dispersed throughout the episode for context.

In real-time, Reiner contemplates committing suicide but is interrupted when Falco (unknowingly) punches the wall outside. Reiner realizes that he still has people to live for. Falco, on the other hand, is frustrated about not being able to improve. He is worried that he will not be able to overtake Gabi, and thus, she will inherit the Armored Titan. In the end, Falco talks to an injured soldier outside the hospital about the war and its aftermath. It is strongly hinted that this soldier is none other than Eren Jaeger.