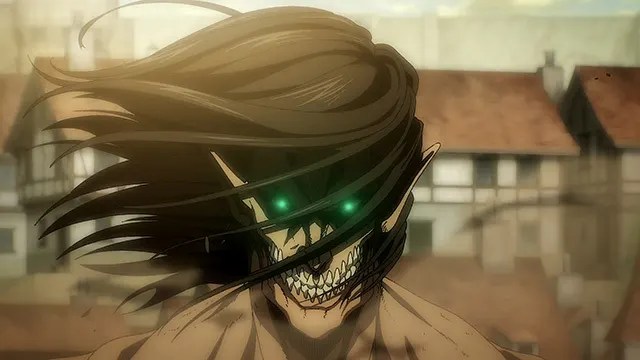 Inspired by Hajime Isayama’s Japanese manga series of the same name, ‘Attack on Titan‘ is a post-apocalyptic dark fantasy anime that has entertained fans for almost a decade now. The story centers upon Eren Yeager and his friends as they struggle against the monstrous humanoid creatures called Titans for the survival of their people. While their fight begins as a genuine attempt to protect themselves, it is eventually revealed that it’s just a tiny part of a centuries-long dark tale of revenge, hatred, and genocide that they must end at any cost.

In part 2 of the finale installment, the story hurtles towards a conclusion, but the fans are left hanging in the season finale with Eren about to begin his extermination of the people living outside Paradis Island while his friends chase after him to stop the brutal bloodbath. Now, fans must naturally wonder what’s next for ‘Attack on Titan.’ Will there be another season? Or a movie to conclude the story?

‘Attack on Titan’ season 4 part 2 premiered on February 13, 2022, and concluded its run about two months later on April 3, 2022. The second part of the final installment comprises 12 episodes, each with a runtime of about 22-25 minutes long.

As far as the upcoming installment of the anime is concerned, we have a piece of good news for the fans. Just after the conclusion of ‘Attack on Titan’ season 4, part 2, it was officially announced that the anime would adapt the remaining chapters of Hajime Isayama’s in part 3 (or will it be Attack on Titan Season 5.) As of now, MAPPA or any other companies involved in the production and distribution of the series has not made any comments about the number of episodes or the exact release date apart from the fact that it will come out sometime in 2023.

However, looking at the limited source material, it does not seem likely that the final part of the last season will have more than 12 episodes, and it can even be argued that it will have fewer episodes than that. Looking at the previous production and release patterns and taking all other factors into consideration, it seems reasonable to conclude that ‘Attack on Titan’ season 4 part 3 will premiere sometime in early 2023.

Attack on Titan Season 4 Part 3 Plot: What It Can Be About?

In the final episode of season 4, part 2, Mikasa is left wondering what could possibly have led to Eren’s surprising change of heart. She remembers the first time she and her friends ventured into the outside world. Mikasa distinctively recalls that Eren was torn by the injustices he saw there. She wonders whether her failure to confess her feelings contributed to Eren’s shocking decision in the following years.

In the present time, Eren, with his army of Colossal Titans, manages to reach the first human settlement after destroying a fleet of ships and puts his twisted plan of extermination of people outside Paradis Island into action.

In season 4, part 3, after Eren has managed to destroy cities after cities, killing countless innocent people in the process, his friends will finally reach him. As Mikasa and Armin have suspected for quite a long time now, they will learn that their friend never really wanted to take anyone’s life, but in the face of the centuries-long bloodshed and genocide, he only saw one option. Therefore, in order to rewrite history, he kills 80 percent of the world population.

However, he would confess that he deeply regrets killing innocent people, and he himself does not feel that his genocidal idea is justified. By the final episode, Eren will die, leaving his friends ample time to live a peaceful life as he had always wanted while the rest of the world rebuilds from the ground up.