Justice League vs Avengers: How Are They Different 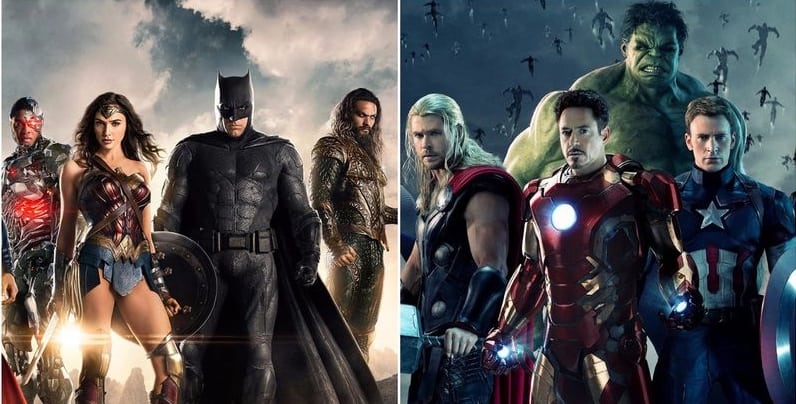 Through the years it has been argued that while Marvel and DC  are quite similar in terms of their characters and stories, there are many differences that give each of them a unique identity. Much has been said and discussed regarding these differences, adding to the historical feud gradually. Writing another page of this eventful history, we at Cinemaholic bring to you today an opinion piece describing the major differences between these stalwarts of the entertainment industry. Have a look and tell us in comments which one according to you makes the most sense.

I Pray to the Gods 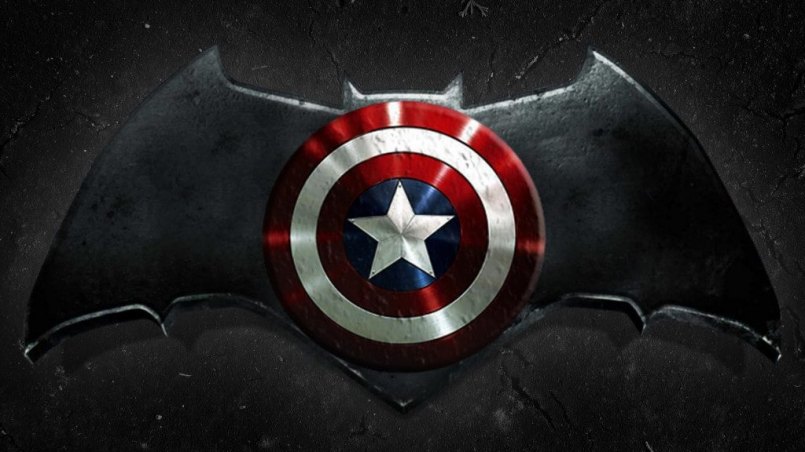 Barring Batman, all members of the Justice League are like literal gods. Wonder Woman is the daughter of Zeus, Green Lantern is only limited by his imagination, Martian Manhunter can take any form imaginable, and Superman is… well, Superman. And Batman is the guy who beat them all. Avengers emulate certain godlike characteristics, but at the end of the day, they are mortals. Except for Thor and perhaps Hulk, no member of the Avengers has a power that can take Justice League head-on. 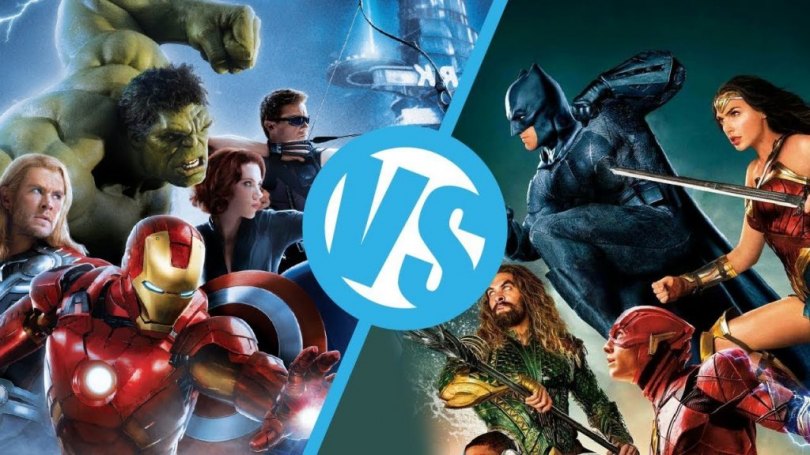 In a battle between the two stalwarts, I certainly have my money on Justice League. That being said, for the readers, Avengers are more relatable because of their real-life moral issues. Spider-Man, a teenager dealing with his newfound abilities and issues is as relatable as the guy next door. Iron Man, the boy genius of the group seems plausible and even doable because his success and superpowers are all because of Science. Justice League, however, is the ultimate human fantasy which may sound cool but in the end doesn’t even ‘seem’ real. 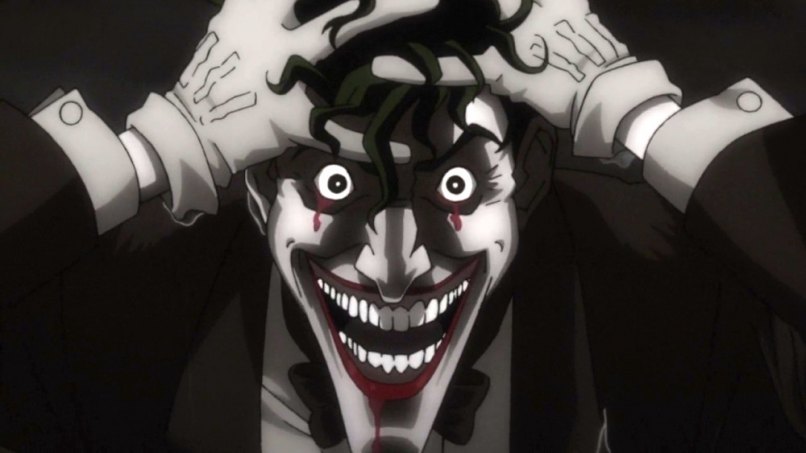 Justice League and almost every DC Universe movie till now have been quite dark in terms of its plot and theme. It’s no coincidence either. DC is known for its soul-wrenching and questionable stories which bring out the dark side of the human existence. Avengers, on the other hand, rely on well-placed humour and witty remarks to entertain the audience and ease the tension when the plot does become a little serious. It has gone to the extent that Thor: Ragnarok (2017), a film with a comparatively serious tone had so much humour that it became a borderline comedy. However, keeping in mind the few muckups, the comedy respite has proven to be a crowd pleaser for Marvel, and as such been an essential element in giving the Avengers an edge over Justice League.

Wait, Where are you From?

The DC Universe and the superheroes thereof mainly dwell in fictional cities like Gotham City for Batman, Metropolis for Superman, Central City for Flash. These cities represent the worst that the society has to offer and appear to be a culmination of real cities ridden with crime. On strict instructions from Stan Lee, Marvel and the Avengers have always operated in real-life places like New York, Harlem, and Queens. In an interview with the Smithsonian Institute, Stan Lee commented that he did this on purpose so that his audience could connect more with the characters and the problems they faced on a daily basis.

Oops! You Got A Power 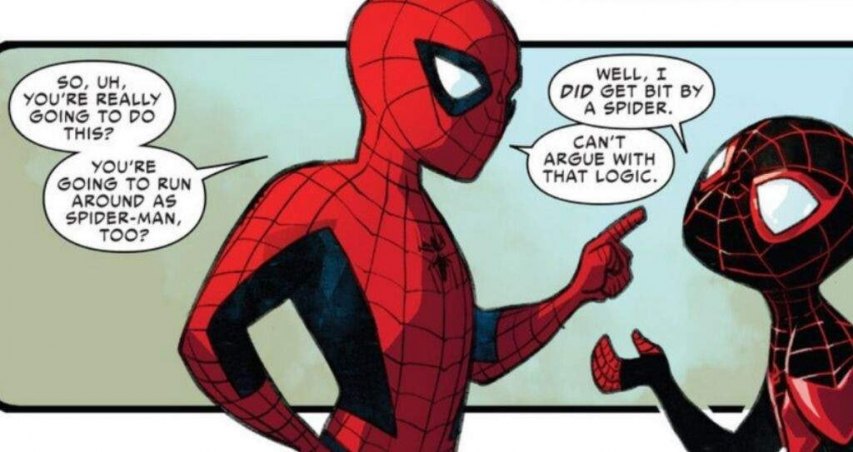 Whether it be the radioactive spider’s bite, a gamma ray exposure, or results of inhumane experiments, the Avengers largely owe their superhuman abilities to an assortment of freak accidents. Consequently, most of them yearn for a normal life and inadvertently use their power because they have a duty to do so. DC superheroes and the Justice League, on the other hand, is full of heroes who were either born with their abilities or received them as a gift. Batman, of course, is an exception but even he understands there is no normal life for him and hence doesn’t even dream of the other side. 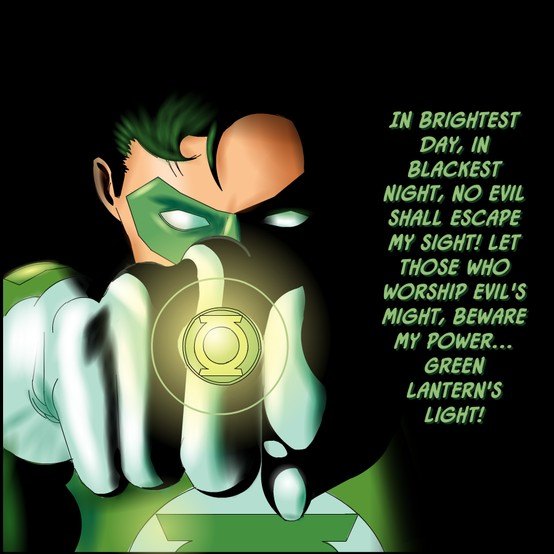 In fact the alter-egos of many of the DC superheroes haven’t been explored in detail as compared to the MCU where they form an essential part of their character story and the incident that shaped them. This diversity can be attributed to the fact that the main characters of Justice League originated around the World War II, when there was a need for a gifted individual who could defeat the brutal Nazi forces. Avengers, however, came around in the 1960s around the time Science and technology was catching the public’s fancy. 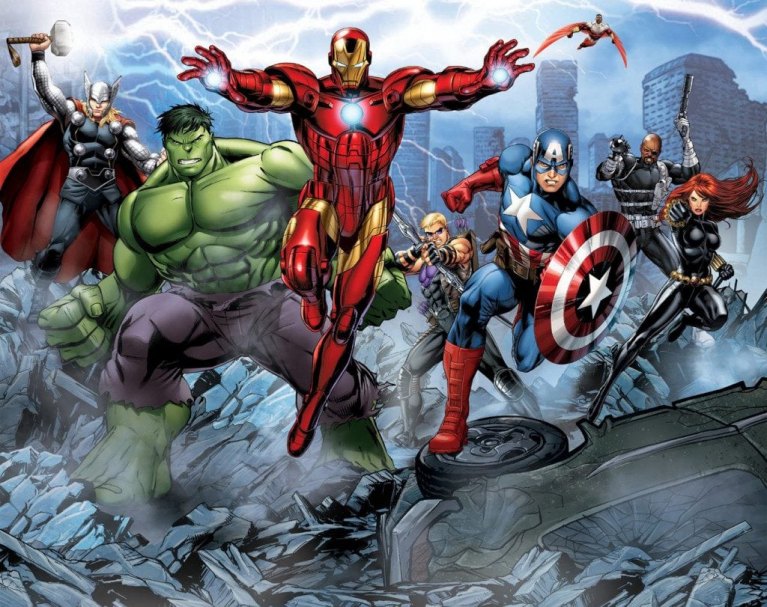 As most of the Avengers team including the Fantastic Four have been co-created by Stan Lee keeping in mind their place in the larger scheme of things, the focus is more on the group as a whole rather than the individual. The stories focus on what a particular superhero like Iron Man, Hulk, or Black Panther brings to the table rather than their individual motivations behind joining the team. 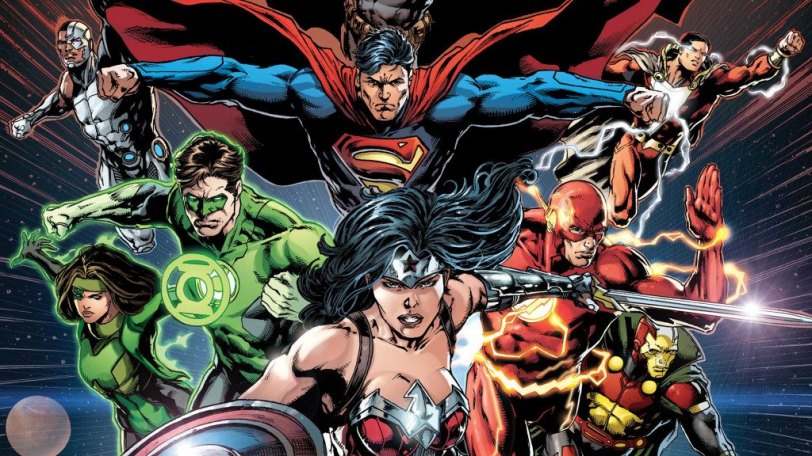 DC, on the other hand, is full of strong independent characters. Arthur Curry or Aquaman is a man torn between his two identities and protecting Atlantis at all costs. Bruce Wayne motivated by his past has vowed to use his training to help the people of Gotham. As a result, the tension between the members of Justice League is quite apparent because all of them would rather work alone than help each other. Avengers in this respect have a lot of chemistry.

And What Happened Then? 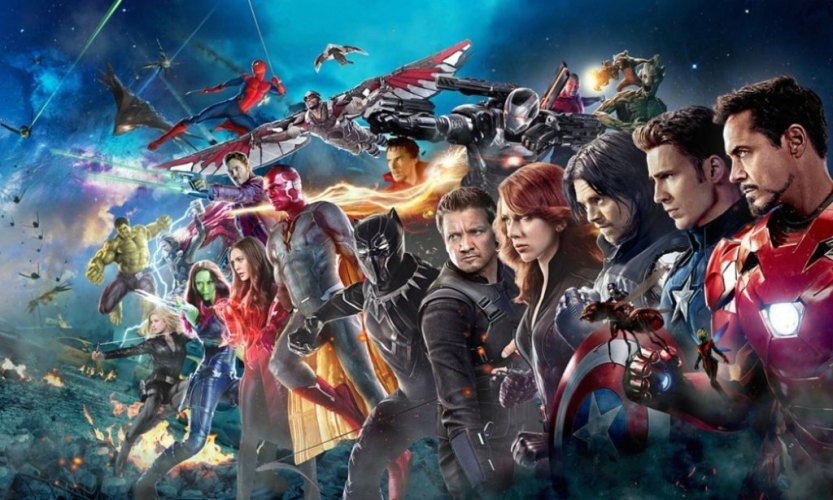 Again as most of the Avengers have been co-created or closely managed by Stan Lee; the multi-starrer stories and the individual issues follow a neatly stacked continuity. This trend has fortunately spread to the MCU as well, making the two dozen or so movies closely connected with each other. There are some potholes of course, but overall Marvel gives the impression of one single universe where everything is happening simultaneously. 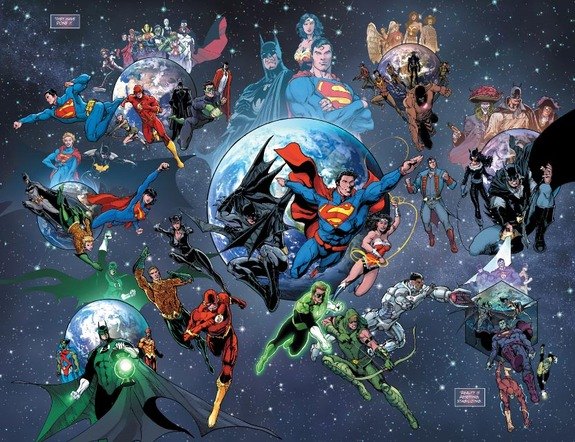 Justice League sadly is entirely different. If for instance, Superman is down and out because of some reason, the other comics hardly acknowledge it, and Superman appears in the Justice League issues as if nothing has happened. Joker may be fighting the entire Justice League as a part of the Legion of Doom, while having been already apprehended by Batman in Gotham. It’s a pattern which has been confusing the DC fans in movies and comics alike. 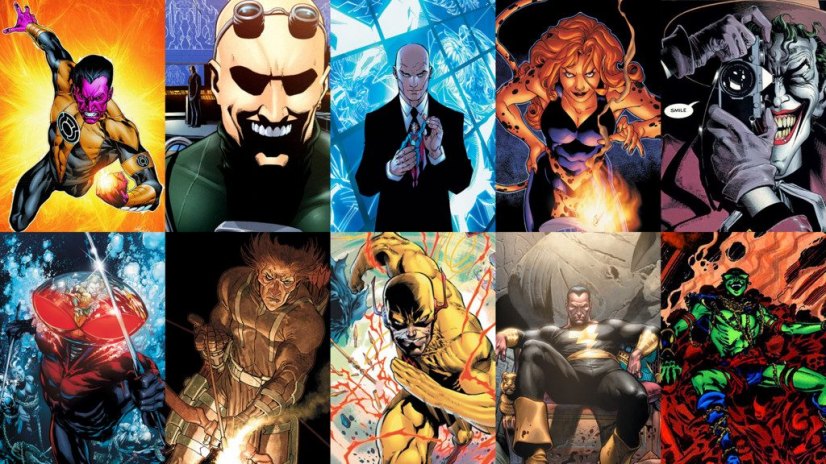 It doesn’t matter if I talk about the movies or the comics, DC hands-down has better villains (well better on the page anyway). Even though Stan Lee has unequivocally supported the character development of the bad guy, backing it up with a logical and interesting origin story, it seems DC has been more successful in implementing the idea. Villains like Joker, Bane, Lex Luthor, and Deadshot reveal the scum of the society who were also like us. But something flicked a switch inside them, and they became what they are today. About Marvel, I would say that even though Thanos displayed an excellent character background, other Marvel baddies have been quite one-dimensional.

You’ll Die for This 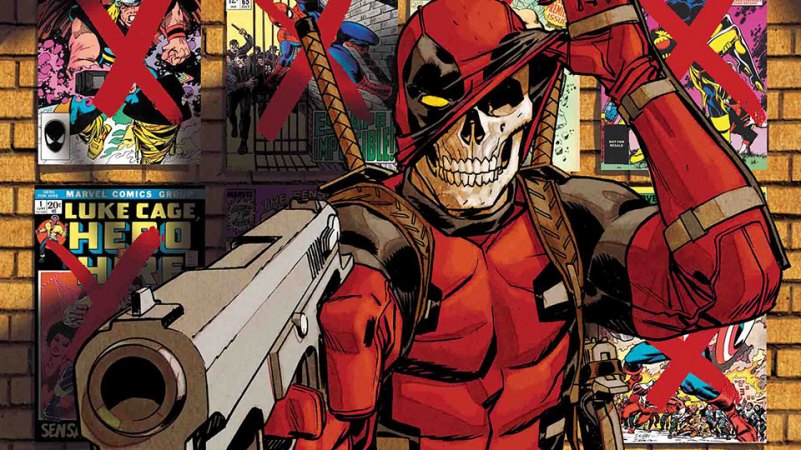 Avengers have no qualms about killing the enemies that threaten the peace of Earth, and making sure they don’t get the chance to rise again. Whether it be Captain America’s handling of Red Skull or the recent chest-crashing of Thanos by Thor, it is clear that when it comes to obliterating the baddies, Avengers have no problem whatsoever in taking them out for good. 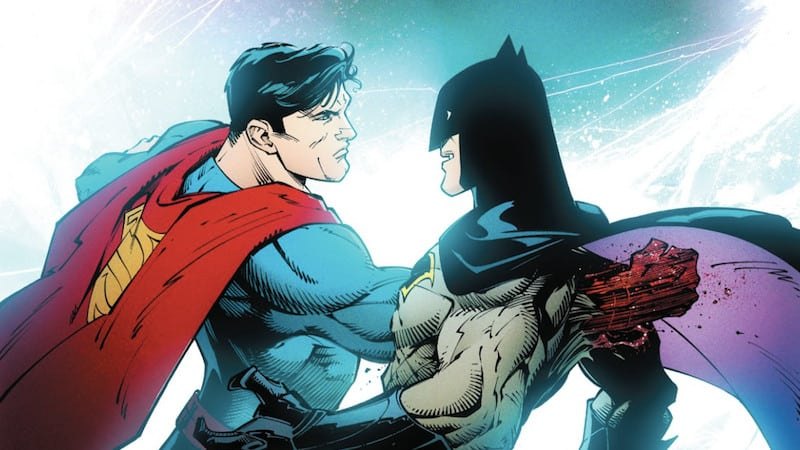 Justice League, on the other hand, stands on a higher moral ground and struggles with murdering their enemies in cold blood. Whether it be Green Arrow’s constant predicaments in the Arrow TV series, Superman’s role as a savior of humanity, or Batman’s vow to use non-lethal methods to subdue the villains, it appears Justice League believes in giving a second, third, or even fourth chance. Batman has let Joker stay alive every time because he knows if he kills Joker he may lose himself altogether. That is a major difference between the two superhero teams.