Bad Girls Club Cast: Where Are They Now? 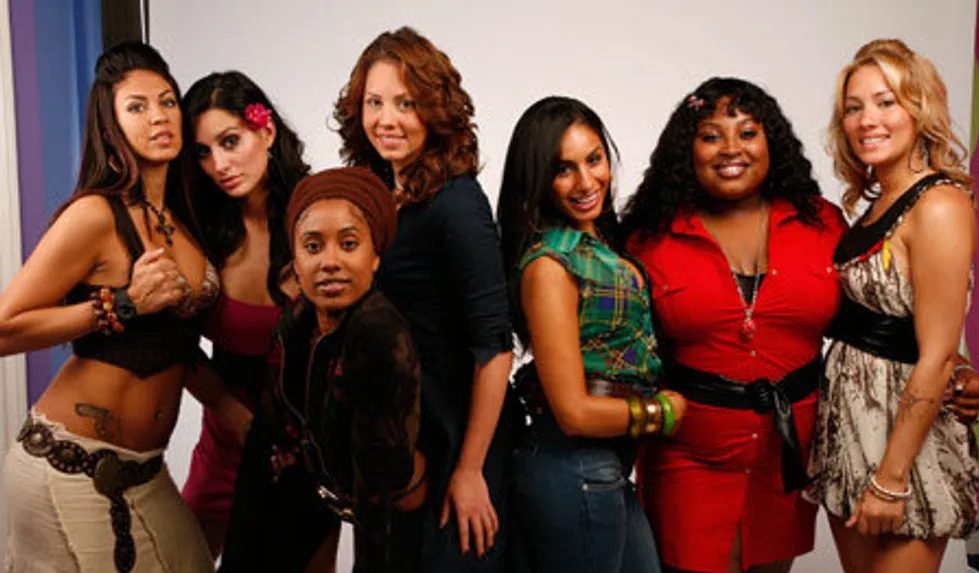 Oxygen’s ‘Bad Girls Club’ followed the lives of seven women who were sent to live in a luxurious mansion for three months. These girls were classified as “Bad Girls,” due to their dynamic attitude, quick temper, and stormy relationship with each other. While in the house, as cameras filmed their every move, the girls were asked to follow some set rules. Naturally, seven people from different backgrounds living in a confined space for so long would lead to numerous fights, altercations, and arguments. Tensions would fly high most of the time as unusual alliances and enmities were formed.

Through the various fights and altercations, if any girl ended up breaking a house rule, they were subjected to eviction, though the final decision always rested with the producers. ‘Bad Girls Club’ became infamous for the thrilling and exciting physical altercations between housemates. Viewers were always on the edge of their seats to find out who would become the “baddest” girl in that specific season. With ‘Bad Girls Club’ posed for a comeback in May 2021, let’s take a look at where some of the fan-favorite participants are today.

Tanisha Thomas came into the spotlight in 2007 when she appeared in ‘Bad Girls Club’ season 2. She quickly became a fan favorite and has been credited with making the catchphrase “pop-off” famous. After the end of the season, Tanisha stuck with Oxygen and, in 2011, started hosting her own talk show called ‘OxygenLive!’ She also went on to host the second season of the dating reality show ‘Love Games: Bad Girls Need Love Too.’ On December 4, 2011, Tanisha Thomas exchanged wedding vows with her boyfriend, Clive Muir. The marriage and the build-up to it were documented as a TV show and was released on Oxygen with the title ‘Tanisha Gets Married.’ Unfortunately, the happy couple did not stay together for long and later decided to separate.

Tanisha met and fell in love with Carey St. Hilaire in 2016. The couple started dating, and by October 2017, Tanisha became an expecting mother. In the same year, Tanisha also launched her own apparel line named Plush-Sized Diva’s Closet. On March 7, 2018, her son, Prince Aiden, came into this world, and shortly after, she and Carey decided to tie the knot. In 2020, Tanisha claimed that the Covid-19 pandemic really stressed out her and Carey’s relationship. They were on the brink of separating, and some reports even claim that they had decided to stay apart. Still, it seems like Tanisha and Carey are still very much together and in love as she celebrated their anniversary on April 26 through a beautiful post on Instagram. Presently, it looks like Tanisha and Carey are enjoying life at home with their wonderful son.

Natalie Nunn appeared in season 4 of ‘Bad Girls Club,’ and immediately became infamous for being evicted after a fight with her housemates. After season 4, she appeared on various Oxygen shows and was even a contestant on ‘Love Games: Bad Girls Need Love Too.’ Natalie was seen as a bridesmaid in Tanisha Thomas’s 2011 wedding to Clive Muir. Before meeting and falling in love with Jacob Payne, Natalie was linked with several celebrities, including Wiz Khalifa and Chris Brown.

While continuing to have a thriving reality TV career, Natalie got engaged to Jacob in April 2012. The couple tied the knot in a publicized marriage ceremony in May 2012, which was also broadcasted on the show ‘Bridezillas.’ The couple started a happy married life, and in two years, Natalie got pregnant. Unfortunately, the pregnancy ended in a miscarriage, and the baby remained stillborn. For a while, the couple was put in a dark place, but they leaned on each other and recovered from the misery.

Natalie got pregnant again, and on April 26, 2017, the couple welcomed their baby daughter, Journey Ruth Payne, into this world. In September 2020, Natalie Nunn was diagnosed with Covid-19. She said that it was a terrifying time for her, but fortunately, she is well on her way to recovery now. Natalie and Jacob are still going strong to this day and celebrated their 9-year anniversary on May 9. The couple is living the dream with their adorable daughter, and it is lovely to see so much love in a family.

Neveen Ismail appeared first on season 2 of the ‘Bad Girls Club.’ After the end of the season, Neveen decided to slip under the radar and kept away from the public eye. Even while leading a private life, Neveen chose to help out as a dialect coach and was a part of the additional crew in the 2011 TV series ‘Osiris.’ 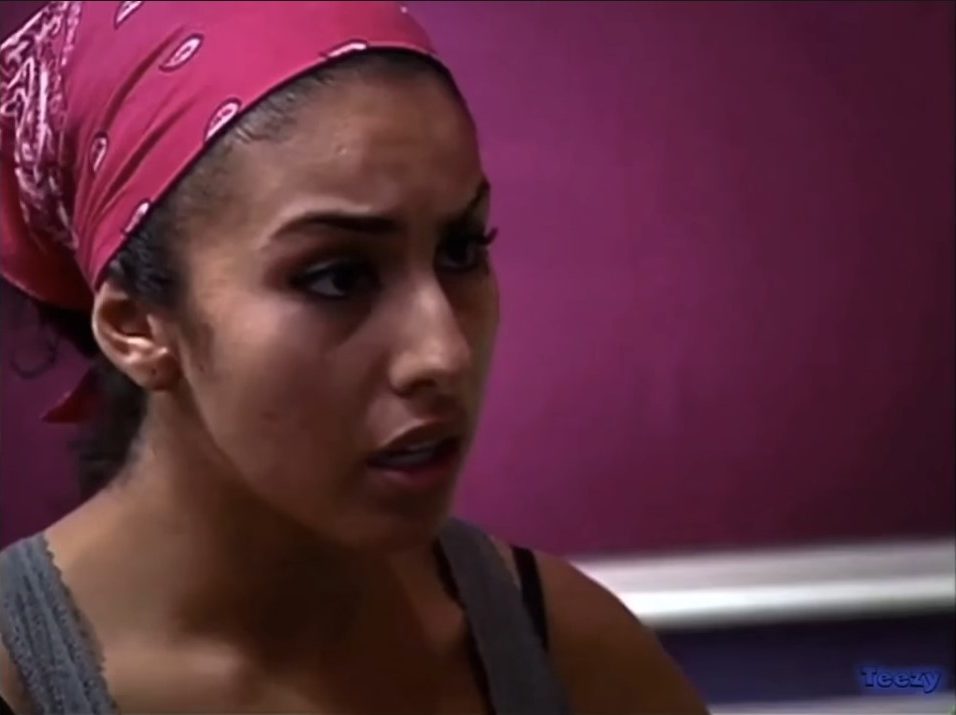 Till today, Neveen prefers to keep her life under covers and does not reveal much in the public sphere. Additionally, the lack of reports on the recent developments in her life indicates that not much is known about her present whereabouts. While respecting her privacy, we would like to wish her the very best for the coming days.

Kerry Harvick rose to fame after her appearance in season 1 of ‘Bad Girls Club.’ She survived the first season and even came back to star as herself in the 2007 TV show ‘Bad Girls Road Trip.’ In 2009, Kerry and her long-time boyfriend, David Kersh, decided to get married and exchanged vows in a beautiful ceremony in Comanche, Texas. It was reported that this was not Kerry’s first marriage as she was previously married to Daryle Singletary, but the couple separated following a divorce.

After her stint with ‘Bad Girls Club,’ Kerry decided to step away from the industry and instead chose to live a quiet life with her husband. The couple is blessed with two adorable children, Sienna and Blade. Sienna is the elder daughter, while Blade, who came into this world on October 31, 2014, is their beloved younger son. Kerry and David have maintained their strong, healthy, and loving relationship till today. Presently, it seems that Kerry and her husband have got into the house renovation and house flipping business. They also spend a lot of quality family time with their children and share the wonderful moments with their followers on social media.

Aimee Landi quickly garnered a lot of fan following in season 1 of ‘Bad Girls Club,’ because of the thrilling altercations and fights she brought to the show. Aimee chose to return after season 1 to appear as herself on Oxygen’s 2007 TV show ‘Bad Girls Road Trip.’ Since her appearance on the 2007 show, Aimee, like a few of her cast-mates, chose privacy and decided to keep her life under wraps. 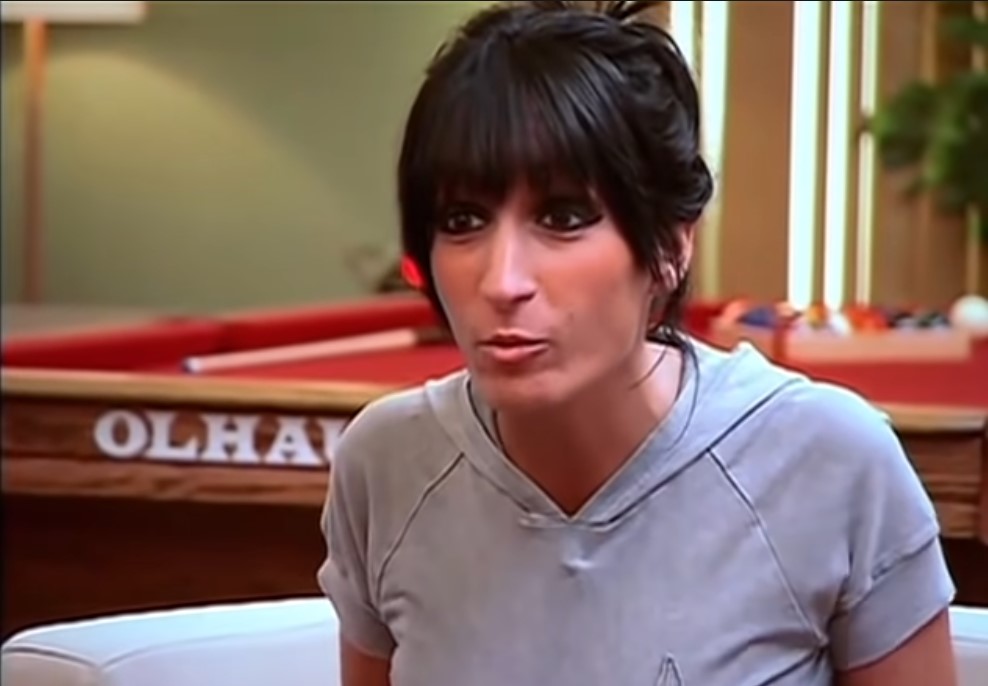 Reports claim that Aimee presently works as a roadie for popular musicians. Even though her Instagram bio corroborates this speculation, Aimee has set her social media profiles to private. With Aimee leading a private life and being out of the public sphere for so long, her present whereabouts are unknown.

Zara Sprankle is an alumnus of ‘Bad Girls Club’ season 1. She was one of the few girls who survived the entire season and made it to the end. After garnering a lot of fan following during her stint on the show, Zara decided to return to the TV screen again and ended up appearing on 2007’s follow-up show ‘Bad Girls Road Trip.’

Ever since her appearance in the 2007 show, Zara has chosen to step away from the industry. She also decided not to remain in the public sphere as most of her social media profiles stand deleted or private at present. In 2015, reports emerged that Zara was living a happy life with her long-time boyfriend and was a proud mother to two adorable children. After Zara deleted her boyfriend’s pictures from her Facebook profile, there were speculations about a possible breakup. However, the rumor should be taken with a grain of salt as nothing is confirmed. At present, apart from being a mother to her children, Zara seems to be a fantastic parent to her pets and is enjoying life with her friends and family.

Cordelia (Sarah) Gitter rose to prominence when she appeared on ‘Bad Girls Club’ season 2. She already had a fiancé during her time on the show, and they contributed a hefty amount of drama to the show when they clashed over Cordelia’s flirting with another man. ‘Bad Girls Club’ was Cordelia’s only outing in the TV world, and after the end of the season, she chose to retire from the industry like many of her cast-mates. 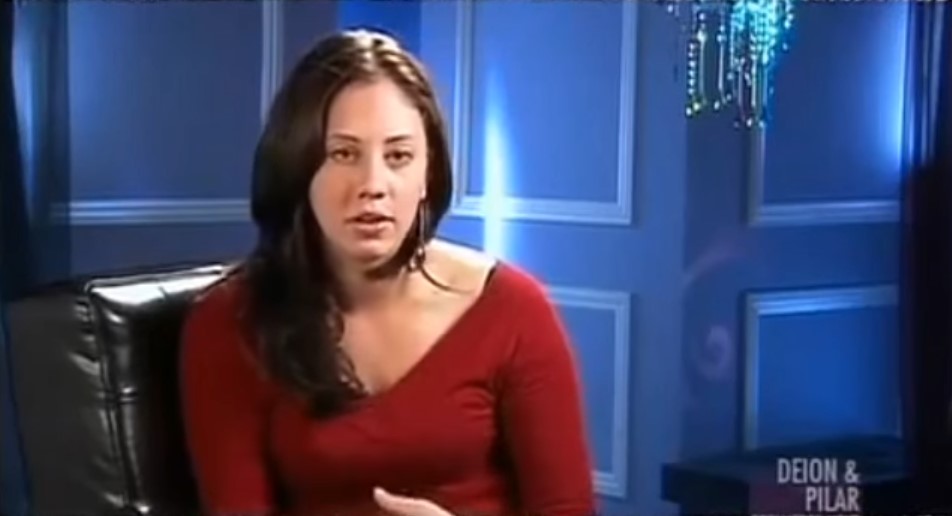 After stepping away from the television industry, Cordelia chose to keep her life under wraps and does not disclose much in public. She is almost non-existent on most social media platforms, and hence her present whereabouts are unknown to the public.

Jodi Howell first appeared on season 1 of ‘Bad Girls Club’ before going on to star in the follow-up show ‘Bad Girls Road Trip.’ During her time on the show, Jodie was infamous for having some fierce fights and even left the house on her own after getting into an altercation with Kerry Harvick. 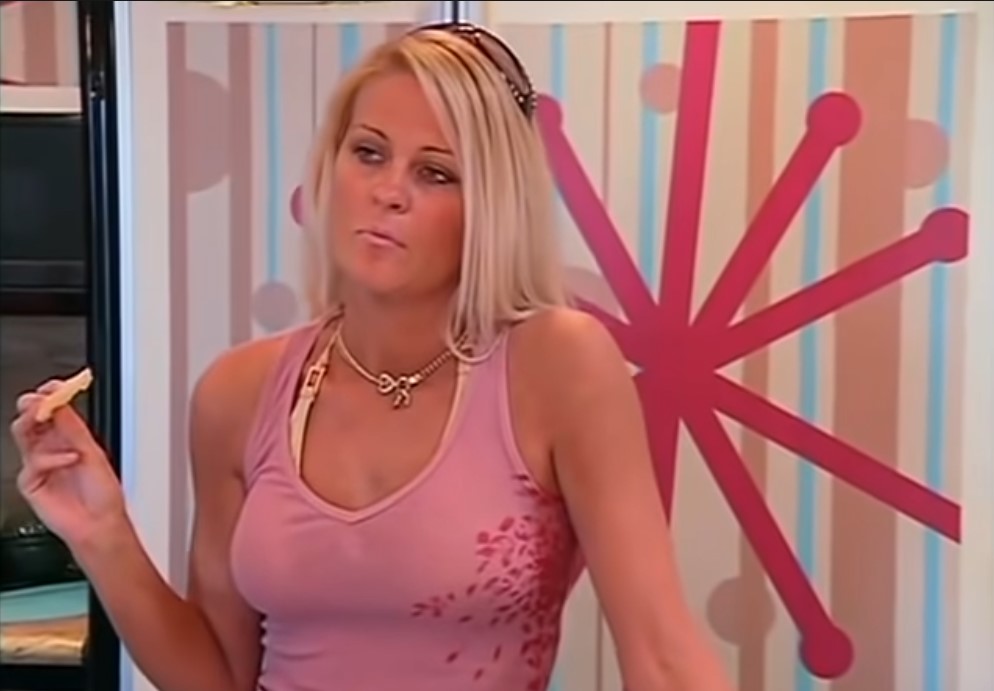 After her exit from Oxygen’s shows, Jodi retired from television, instead choosing to lead a quiet life. In 2015, it was reported that Jodi was in a happy relationship with a man named Brian. Though, with her preference to stay out of social media, it is unknown if the couple is still together. However, Jodi’s Instagram bio gives us the good news that the TV personality will be a mother soon.

Jonica Booth is a participant of ‘Bad Girls Club’ season 12 and became quite popular during the show’s runtime. Jonica has also tried her hand at acting and has quite a few roles under her belt. After her stint in ‘Bad Girls Club,’ she landed the role of Blair and appears on a 2015 episode of the TV show ‘Oddly Oden.’ She then went on to land several minor roles like Raya in the 2016 movie ‘XXI: O’Day’ and Kai Campbell in the 2018 movie ‘Discovering Brooklynn.’ 2021 saw her appearing in the reality show ‘YIAY Time: The Game Show.’

At present, Jonica is living a happy life with her family and friends.  It seems that Jonica is currently single as there are no reports linking Jonica to a special someone. Additionally, the absence of a partner from her social media profile is also noticeable. The TV personality is currently hard at work on her upcoming project ‘Rap Sh*t,’ which is due to release soon.

Jennavecia Russo participated in season 2 of Oxygen’s ‘Bad Girls Club.’ Arguably a favorite because of her ability to start altercations with most of her housemates, Jennavecia left the show early after a heavy dispute with Tanisha Thomas. After leaving the show, Jennavecia appeared on season 3 of the VH1 reality show ‘Tool Academy.’ While on her time on the VH1 show, Jennavecia was in a relationship with her then-boyfriend Kyle, but the couple later split up. 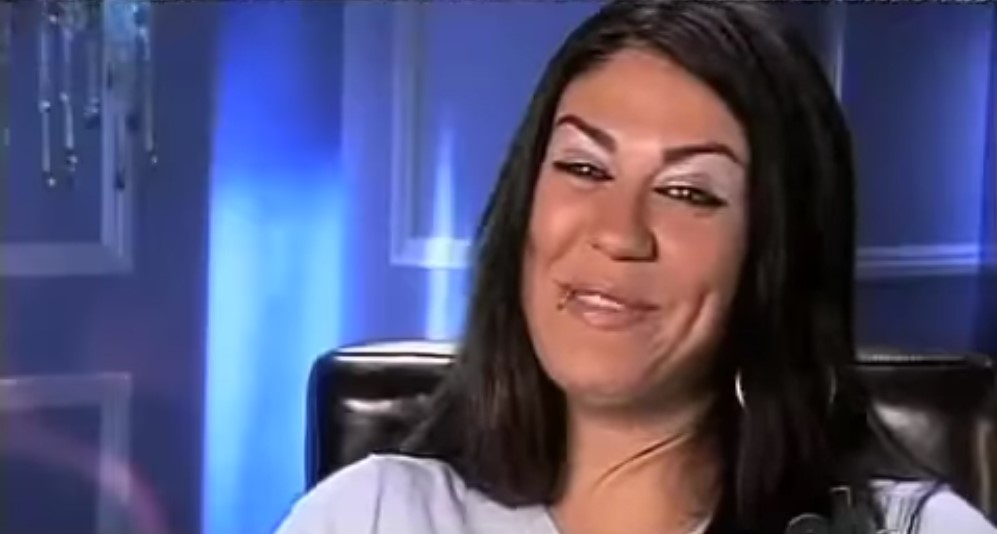 Like many of her cast-mates, Jennavecia too retired from the TV industry and is since leading a life away from the public sphere. She is rarely active on social media, and not much is known about her private life. However, few reports have claimed that Jennavecia is now a mother to a child.

Read More: Where Are the Temptation Island Season 1 Couples Now?