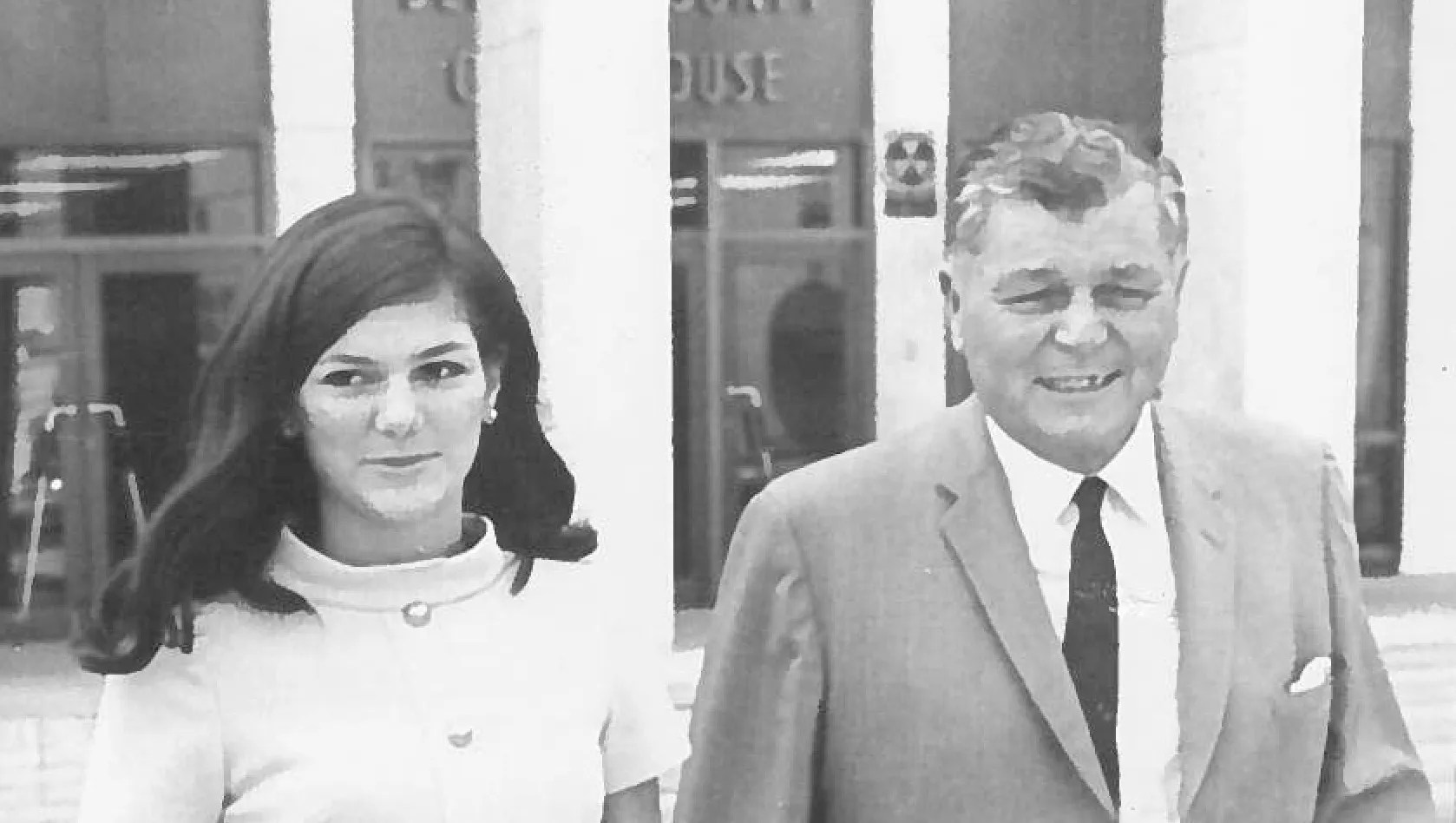 Investigation Discovery’s ‘A Crime to Remember: Coffin for Christmas’ follows the horrifying story of heiress Barbara Mackle who got kidnapped in December 1968. She was buried alive for nearly 3 1/2 days before finally being rescued by FBI officers. Investigators also nabbed the perpetrators involved in the crime within months. The episode follows how the crime was committed, the investigation process, and those involved meticulously. If you are interested to know the identity and the current whereabouts of the perpetrator, we’ve your back. Let’s begin then, shall we?

How Did Barbara Mackle Get Kidnapped?

Barbara Jane Mackle is the daughter of a millionaire entrepreneur and co-owner of a large, publically traded company named Deltona Corporation, Robert Mackle, and Jane Mackle in Florida. She was a junior at Emory University in 1968. Amidst the ongoing fall semester finals and a couple of weeks before the Christmas break, there was an outbreak of the Hong Kong flu among the Emory student body. Barbara was down with the flu, too, and Jane drove to Georgia to take care of her daughter. 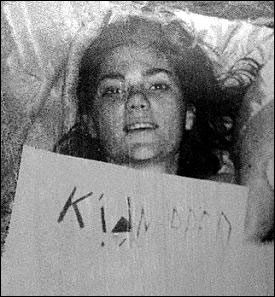 With the school’s infirmary choked up with patients, Barbara and Jane rented a room at the Rodeway Inn in Decatur, near campus. She was planning on staying until her daughter was fully recovered. In the early hours of December 17, 1968, two visitors, identifying as local police officers, knocked on the door of their room. They claimed that Barbara’s boyfriend, as per the show, Stewart Hunt Woodward, had been involved in a vehicular accident. As the safety chain was removed, the fake officers forcefully entered the room, brandishing weapons, and neutralized Jane with chloroform.

When Jane regained consciousness, she found that she had been tied up and gagged. However, she managed to get to the parking lot, where motel employees untied her, and helped her to get in touch with law enforcement. She also notified her husband, Robert, who was friends with then-President-elect Richard Nixon. He instructed the erstwhile FBI Director J. Edgar Hoover to take charge of the investigation personally. Robert also immediately flew to Atlanta while asking trustworthy employees to stay alert in case the kidnappers get in contact.

Meanwhile, the kidnappers, Gary Stephen (or Steven) Krist and Ruth Eisemann-Schier had taken Barbara to a remote location in a small town named Berkeley Lake in Gwinnett County, Georgia, located just 25 miles northeast of Atlanta. They already had a 7x3x 3 1/2 feet customized wooden box, lined with fiberglass cloth, in a hole in the ground. It had basic amenities like a blanket, some food items, drinking water, a fan, and a small pump to keep water out. There were 2 hoses attached to channel airflow.

The kidnappers placed Barbara in the box, clicked a picture of her holding a sign that read “Kidnapped,” closed the lid, and buried her alive about 2 feet below the ground. They had also sent the ransom note to the Mackle family, demanding $500,000 in $20 bills and instructing the family to place an advert in a local paper if they agree with the terms. The Mackles followed the instructions, but the first pickup got botched with a suspicious neighbor calling the police and the kidnappers fleeing the scene without taking the ransom.

However, the investigators were able to get their hands on the vehicle used by the kidnappers — a Volvo registered in the name of George Deacon. They soon found out that it was an alias of Gary, and got hold of IDs and photos of Gary and Ruth. Meanwhile, the Mackles placed another advert in the paper to convince the kidnappers that they had no role behind the mixup, and were soon contacted by the kidnappers through local priests. 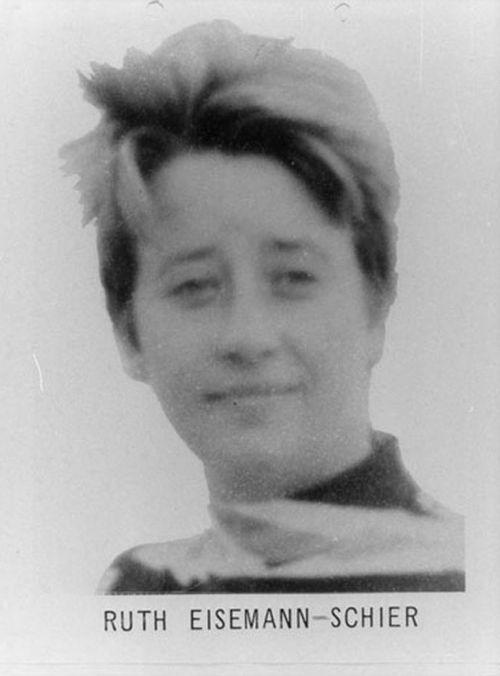 Another pickup was arranged with the kidnappers promising to reveal the location of Barbara as soon as they got their ransom. This time there were no mistakes as the kidnappers were able to get away with the money. However, the FBI was aware of their identities by the time the kidnappers had secured the dropoff and escaped with the ransom on December 19, 1968.

Where is Gary Krist Now?

Gary Krist called the FBI headquarters on December 20, 1968, informing them of the location where Barbara was buried. The FBI had a temporary command center set up in Lawrenceville, with the agents spreading out on their lookout for Barbara. They were able to locate her soon, dug her up, and rescued her. Though being buried alive for over 3 days, she was unhurt except for dehydration and some weight loss. Hoover called the Mackle family himself to inform them that their daughter had been rescued.

Hiding in South Florida, Gary tried to escape the authorities by purchasing a boat and speeding west toward the Mexican Gulf. However, the boat owner got suspicious when he was paid in all $20 notes and informed the authorities. Nearly 200 officers were soon in pursuit, and a helicopter was used in the search. Gary tried to flee on foot after getting off on Hog Island but was soon arrested on March 5, 1969. He was convicted on kidnapping charges and sentenced to life imprisonment in 1969.

However, the convict managed to get out on parole on May 14, 1979. Gary received a pardon that allowed him to attend medical school, and he went on to enroll himself at medical schools in Grenada and Dominica. He was reportedly highly intelligent and managed to earn a medical degree. However, Alabama rejected his attempt to secure a license, but he got one in December 2001 from the Indiana Medical Licensing Board.

Gary worked as a general practitioner in Chrisney, Indiana, but his license got revoked in 2003 on grounds of concealing the disciplinary action that he received while as a resident doctor. He and his stepson were arrested in March 2006 after being found on a sailboat with more than 38 pounds of cocaine off the Alabama coast. Georgia police also uncovered an underground cocaine lab in a shed of his property, and Gary was handed more than a 5-year prison term in January 2007 after pleading guilty to smuggling drugs.

Gary was incarcerated in the Marianna Federal Correctional Institute, Florida, and received parole just before Thanksgiving 2010. Then 65, he was under supervision till November 22, 2015, and resided in the town of Mobile in Southern Alabama. As per last known records, Gary, now in his late 70s, likely resides in the city of Auburn, Georgia. He is very active on Facebook and regularly shares personal tidbits and life updates with his followers.

Is Ruth Eisemann-Schier Dead or Alive?

Ruth Eisemann-Schier had the dubious distinction of being the first woman to have her name on the FBI’s 10 Most Wanted List. She was apprehended around 79 days after the kidnapping, on March 5, 1969, in Norman, Oklahoma. She pleaded guilty and was handed a prison term of 7 years. She was paroled after serving 4 years only and was deported to her native country of Honduras. Born in 1942, Ruth is likely 79 or 80 years of age, as of writing. She is apparently a resident of Tegucigalpa, Honduras, with her family, sans her partner, who passed away years ago.