In its first season, ‘Netflix’s German historical drama series ‘Barbarians’ chronicles the events leading up to, during, and immediately after the Battle of the Teutoburg Forest, in which the alliance of the Germanic tribes secured a decisive victory against the Roman empire, which put a permanent stop to the empire’s expansion into the Germanic territory. The main focus of the show is on Arminius, or simply Ari. Sent to Rome as a tribute when he was just a boy, he returns to Germania as an adult and becomes its liberator.

In season 2, the Roman legions in Germania are under the control of Tiberius, the heir to Emperor Augustus, and Germanicus, Tiberius’ heir. Ari’s brother, Flavus, arrives from Rome, seeking vengeance on his brother. With him comes Gaius, Ari’s son. Meanwhile, among the Cherusci, Ari rules with Thusnelda at his side. While the other tribal leaders are content with the tentative peace between themselves and the Romans, Ari knows the truth and prepares for the inevitable resumption of hostility. Here is everything you need to know about the ending of ‘Barbarians’ season 2. SPOILERS AHEAD.

Since the victory at the Battle of the Teutoburg Forest, Reik Arminius is regarded as a leader even among the chieftains of Germania. When the Cherusci ambushes a group of Roman soldiers, Ari learns about Tiberius’ presence in Germania. Moreover, he spots fabrics used for setting up tents that can house thousands of soldiers. Ari realizes another war is on the horizon and tells his people to reach out to other Reiks. The problem is that even with their help, the Romans under Tiberius and Germanicus’ (who appear to be father and son in this show) command might prove to be too powerful to handle, and the situation will only get worse when the reinforcement arrives for the Romans. So, the only option left for the tribes is to reach out to Marbod, the Reik of the Marcomanni people, who has 70,000 spears under his command.

Pragmatic as always, Ari knows that he needs Marbod, but like him, Marbod was sent as a tribute to the Romans and served in the Roman military for a considerable period before assuming the leadership of the Marcomanni. Ari knows he can’t be sure of where Marbod’s loyalties lie. He is later proven right when Marbod hands him to Flavus, who takes him to the Romans. It is revealed that Flavus and Marbod were lovers while they served together under Rome. Even though Marbod has a wife, their feelings for each other have not disappeared. 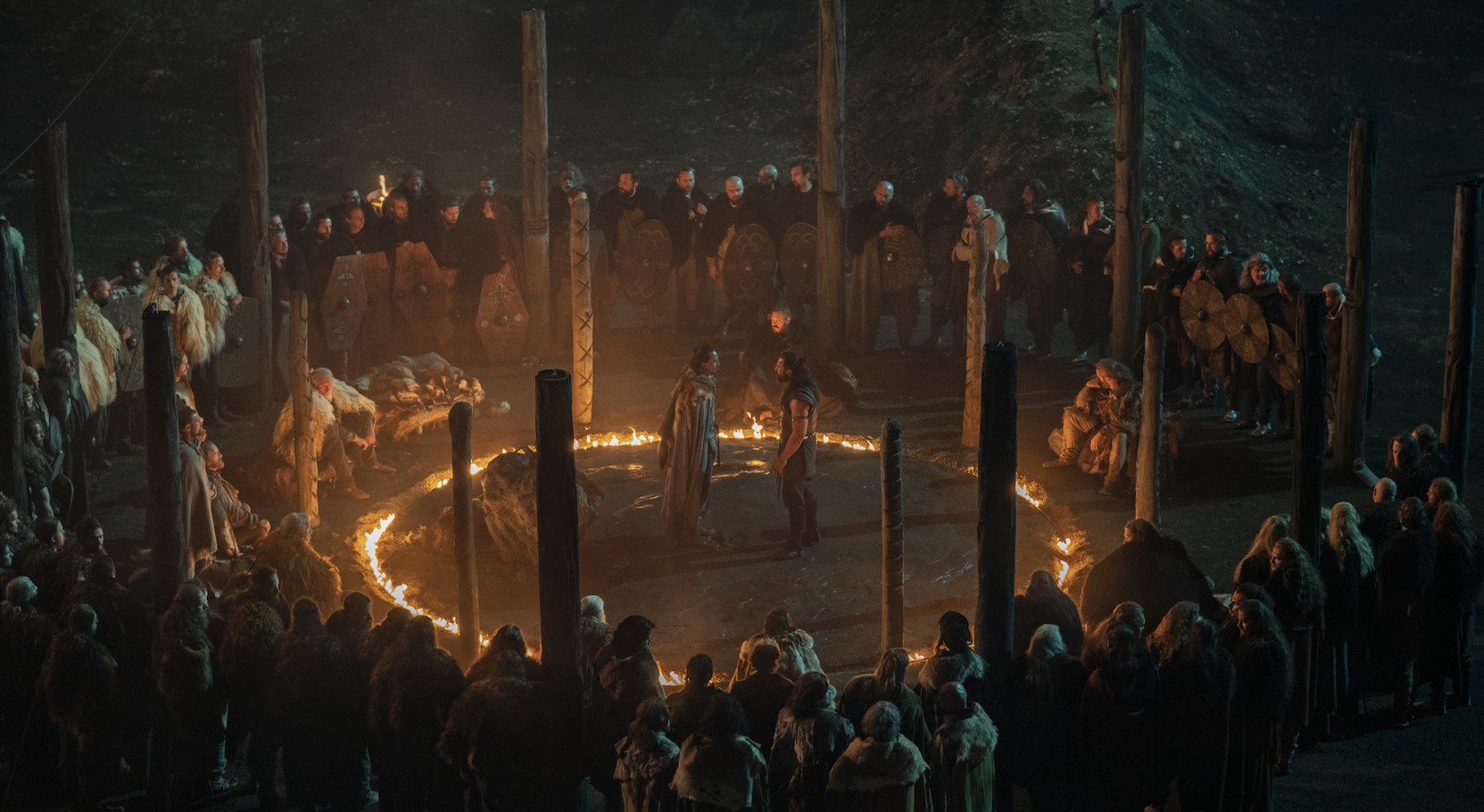 Desperate to set her husband free, Thusnelda tries to sneak into the Roman camp alone and encounters Folkwin. They didn’t part ways amicably, and there is still resentment about that in Folkwin’s heart. He introduces Thusnelda to Dido, the Carthaginian he is with. With Folkwin and Dido’s help, Thusnelda frees her husband from Roman clutches. Ari discovers that Gaius is in Germania and forces him to come along with them.

The season 2 finale, titled ‘The Price,’ revolves around the tribes’ final push to drive the Romans out of the east of the River Rhine. The people of Germania once more gather under the command of Arminius and take the battle to the Romans, attacking their camp. They race against time to secure victory, knowing that ships carrying the Roman reinforcement can arrive at any moment.

Barbarian Season 2 Ending: Do Ari and the Tribes Succeed in Freeing Germania from the Roman Control?

The second season begins a year after the Battle of the Teutoburg Forest and Ari’s efforts to drive the Romans out of Germania. In German history, Arminius is a giant of a man whose efforts freed his native land from the control of one of the most powerful empires in history. While the Netflix series takes considerable creative liberty in depicting historical events, it is largely faithful while bringing the more important events to the screen.

After Germanicus and Flavus attack the Thing with archers, killing multiple members of the Germanic nobility, including Marbod’s wife, war becomes inevitable. Although Tiberius is furious with his son for his foolish actions, he refuses to hand Germanicus over to Marbod when the latter comes demanding justice. This pretty much ensures that Marbod will join Ari’s war efforts against the Romans. 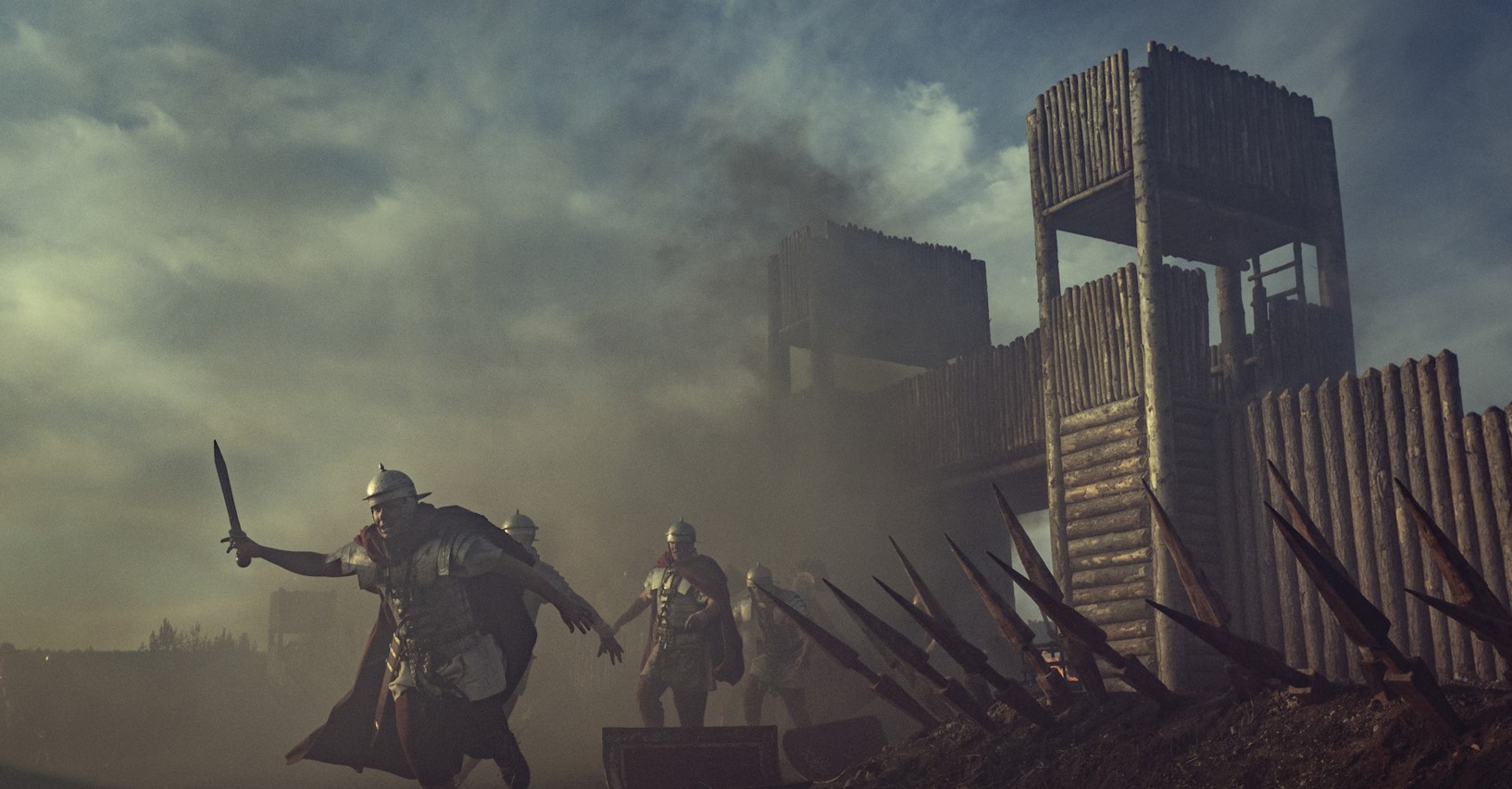 Meanwhile, Gaius, who provided the information about the location of the Thing to Flavus and Germanicus, has realized that the Romans might not be as good as he initially thought, having seen them slaughter unarmed people. While trying to survive alone in the forest, he encounters a lone wolf. It snarls at him, but when he gets up and steps toward the animal, it flees. Wolves play almost contradictory roles in Germanic and Roman traditions. While Fenrir the wolf kills Odin himself during the Ragnarök, Romulus and Remus, the founders of Rome, were protected by a she-wolf. By making a wolf, the symbol of Rome, flee, Gaius asserts himself as Ari’s potential successor. He later spots the arriving Roman reinforcement and alerts Folkwin and Thusnelda.

Unbeknownst to Ari and Thusnelda, the latter’s parents, who have become social pariahs because of their traitorous actions, once more reach out to the Roman side and inform Tiberius about the impending attack. So, while Ari and the tribes succeed in forcing the Romans out of Germania before the reinforcement arrives, Tiberius and Germanicus evade capture.

Yes, Folkwin Wolfspeer is dead in the second season of ‘Barbarians.’ Before the  Battle of the Teutoburg Forest, he promised the gods that he would sacrifice his firstborn if they granted his people victory. In season 2, he learns that he is Thumelicus’ father, not Ari, and pleads to the gods to take him instead of his son. For a while, he is afraid that they will take Dido, who sustains an injury when they first encounter Gaius, but she survives. 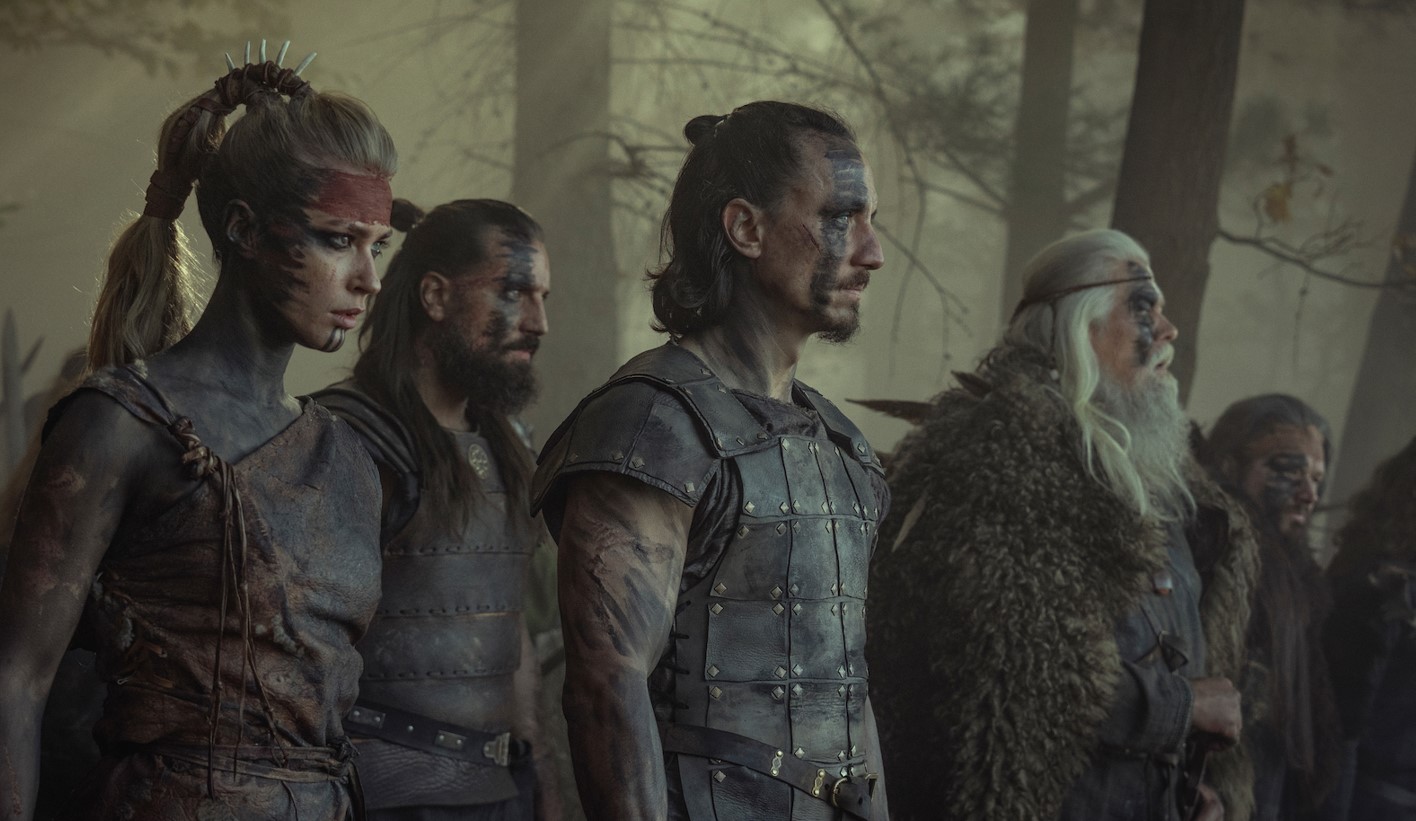 During the attack on the Roman camp, Dido confronts Germanicus as she believes that he killed her father a few years earlier, though Germanicus doesn’t remember. The Roman Prefect proves a better warrior. As he retreats, Folkwin follows him. However, Germanicus gets behind Folkwin by hiding in a pile of corpses and stabs the other man from behind. Before his death, Folkwin reveals to Ari that he is Thumelicus’ father, asking Ari to protect the child as if he is his own son. Before this, Ari didn’t know that he wasn’t Thumelicus’ father and was perfectly happy in ignorance. Things will only become complicated now that he knows about this, especially with Gaius’ presence among the Cherusci.

What Will Happen to Thusnelda and Thumelicus?

In the finale sequence of the season, Thusnelda realizes that something is deeply wrong after the battle and rushes back home. She finds that the woman she left her son with is dead and her young brother, Segimundus, bound. After she frees Segimundus, he flees, and she follows him, believing that he might lead her to her child. Suddenly, she finds herself at a clearing. Tiberius and Germanicus are there, as are her parents. Tiberius then proceeds to order the deaths of her parents, as even though they did help the Roman cause, they were ultimately traitors before instructing his soldiers to grab her.

While the timeline is off, Thusnelda does get captured by the Romans because of her father’s scheming. Historically, her father, Segestes, wasn’t killed by the Romans and went on to play a pivotal role in Ari’s death in 21 AD. Also, it was Germanicus who captured Thusnelda, not Tiberius. Another historical inaccuracy in the show is that Thusnelda had already given birth at the time of her capture, when she was reportedly pregnant in the real world. Thumelicus was born in captivity. On May 26, 17 AD, both Thusnelda and Thumelicus were displayed as war prizes during the triumphal parade dedicated to Germanicus. After this, Thusnelda vanishes from the pages of history completely.

As for Thumelicus, Roman historian Tacitus mentions in his work Annals at one point that Thusnelda’s son “ran into derision.” Given that Italicus, who was Flavus, became the head of the Cherusci after Ari’s death as the last living member of the family, it’s probably safe to assume that Thumelicus died before that. As the show has introduced the idea that Thumelicus is not Ari’s son, it will likely depict the events in a different manner.

Flavus was sent along with his brother Ari as a tribute to Rome. They grew up there, receiving Roman education and military training. While his brother turns against the oppressive Romans, Flavus remains steadfastly loyal to Rome, even though each of his actions is questioned, and he is called a traitor because of his brother.

During the battle in the season 2 finale, Flvus escapes from the cell he was placed in after the attack on the Thing. He comes across Marbod fighting several Roman soldiers in the command tent. He saves Marbod’s life but dies after a Roman soldier stabs him. With his dying breath, he asks for Marbod’s forgiveness.

Read More: Did the Battle of the Teutoburg Forest as Shown in Barbarians Really Happen?