What is Barry Weiss’ Net Worth? 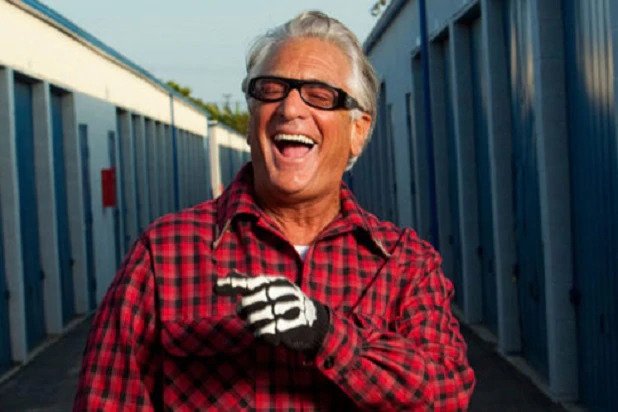 American businessman Barry Weiss, not to be confused with the music producer of the same name, has become quite the reality TV star thanks to A&E Networks’ reality show ‘Storage Wars.’ Weiss is indeed enjoying his turn under the spotlight. Following his debut in reality television in ‘Storage Wars’ Season 1, Weiss stuck around with the show until Season 4, and is popularly known by his pseudonym,’The Collector’.

Having made his name in the first four seasons of ‘Storage Wars,’ Weiss then broke with the show, instead featuring in his very own spin-off show, ‘Barry’d Treasure,’ in 2014. Following the success of the spin-off, Weiss appeared under the umbrella of ‘Storage Wars’ again, this time, in a spin-off titled ‘Storage Wars: Barry Strikes Back,’ in 2015. Considering Weiss’ cult status in the ‘Storage Wars’ universe, many are curious to know how much he is worth. Here, we take a look into Barry Weiss’s net worth.

How Does Barry Weiss Make His Money?

Before Weiss’ stint with ‘Storage Wars’ and the spin-off shows, Weiss was a businessman and a very successful one at that. While not much is known about Weiss’ early days, we do know is that he entered into business with his brother, Joey Weiss, at a pretty young age. Barry spent 25 years of his life building a highly successful and profitable company called Northern Produce in the wholesale produce business. Indeed, it is from this company that the bulk of Weiss’ wealth stems from. Once Barry had made enough money, and the enterprise had grown into a self-sustaining venture, he took some time off to travel the world and reap the benefits of his hard work.

Apart from his knack for business, Barry also developed a passion for collecting valuable antiques from the age of 15. This habit presumably earned him the moniker of ‘The Collector’ in ‘Storage Wars.’ Now retired and enjoying life, Barry has not lost his passion for valuable antiques and is known among antique collectors for his rich collection and his vast treasure trove of knowledge about antiques. Further, Barry also has an enviable collection of cars – in ‘Storage Wars,’ he would ride up to the auctions in a different car every time.

It is estimated that Barry has a net worth of around $10 million, as of 2020 – more than most of his co-stars in ‘Storage Wars,’ barring a few. While Barry is entirely private about his life outside reality television, reportedly, Barry owns a sprawling home worth $2 million in the posh Laughlin Park locale in Los Angeles, California. Also, Barry reportedly has a vintage and custom car collection somewhere in the ballpark of $500,000, and some of his most prized cars include a 1947 Custom Cowboy Cadillac and a 1955 Beatnik Custom Hot Rod.

Barry has indeed achieved a lot and is taking it easy in life. A “professional slacker” now in his own words, Barry is very involved in furthering his antique collection and pursuing his hobbies, be it in reality television or otherwise.

Read More: What is Dave Hester’s Net Worth?