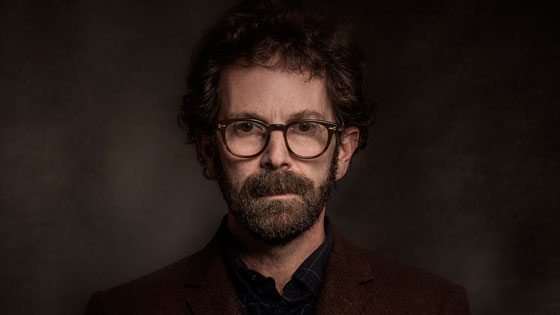 Why do we go to the movies? Yeah, this question may elicit different responses from different people; after all, a movie is an intensely personal experience. But when you think about it, it all boils down to this – we go to the movies to understand ourselves and the world around us. Far fetched, huh? Well, think about it. We all know that cinema is a reflection of the times we live in, but isn’t it also true that we too are a reflection of the movies we see. Which other art form affects our likes, dislikes and our idea of happiness the way movies do? Without even knowing it, our lives are constantly being moulded by the films we watch. Eventually, what this implies is that the movies we watch are a reflection of our reflection! Is it getting too whirlwind? Well, then my friends, you are yet to see a Charlie Kaufman film! 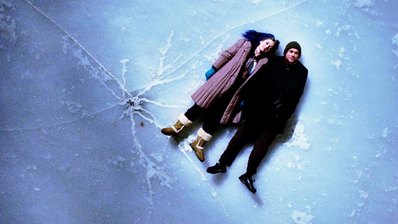 I have always been a staunch supporter of the auteur theory. Though it has now been widely debunked, I continue to believe that a great movie, is ultimately the product of its director’s vision, with all others contributing to bring that vision to life. But every theory has one chink, and probably the biggest crack in the auteur theory is the work of one man – Charles Stuart Kaufman. Probably one of the most original and wildly imaginative screenwriters ever to have graced the movies, Kaufman is the only screenwriter who has managed to transcend his vision and aesthetics of all the movies he has written. He is a true Hollywood anomaly in the sense that the movies he has written are known to be “his movies”, rather than that of their directors. With weirdly funny yet profound movies like ‘Being John Malkovich’, ‘Adaptation’ and  ‘Eternal Sunshine of the Spotless Mind’, he has been able to leave a distinct touch in each of his films, despite being directed by various film makers (including the talented Spike Jonze and Michel Gondry). Of course, Kaufman has since ventured into film-making with ‘Synecdoche, New York’ and the recent ‘Anomalisa’, but it is his writing that has made him the legend he is.

Charlie Kaufman has always been an enigma, so much so that when his name first came to the public domain as the writer of ‘Being John Malkovich’, many people thought he didn’t exist! He is probably one of the few who have successfully managed to create an artistic identity, which is quite unconventional by Hollywood standards. He has managed to bridge the divide between unbridled artistic imagination and the dictates of commercial success with his wildly entertaining, yet philosophically profound movies. With his extensive use of visual metaphors and fantastical symbolism, he could mystify and confound you, but his usage of these instruments to ponder upon the human condition is impeccable.

The golden rule of screen-writing, renowned creative writing instructor Robert McKee will tell you, is that “you must never bring yourselves into your screenplay”. This is just one of the many conventional rules of screen-writing that Kaufman breaks in ‘Adaptation’, which is arguably one of the most original screenplays ever written. A story chronicling the writer’s block that Kaufman suffered while adapting Susan Orlean’s critically acclaimed book, The Orchid Thief into a screenplay, this ludicrously funny and imaginative drama has Kaufman incorporating decent doses of fiction into a largely true story. A compelling meditation on the idea of accepting your identity, ‘Adaptation’ throws up poignant questions on the workings of the human mind. In an attempt to portray his own fragmented persona, Kaufman creates a fake sibling, a gregarious aspiring filmmaker Donald, whose unoriginal ideas and stories annoy Charlie.  An exhilarating cinematic ride, where the screenplay of the film we are watching is being conceived in front of our eyes, ‘Adaptation’ manages to create an emotional connect with the story of a self-deprecating genius who constantly doubts his place in the world.

In ‘Adaptation’, Charlie Kaufman’s (the fictional one) producer wistfully mentions to him that she would love to have a portal into his head. Truth is, one would actually need to get into that weird head of his to understand his themes and ideas. A true auteur, his films never explains any of its ideas — far from it, they leave more questions unanswered. It is truly amazing how he has managed to keep himself above the conventional pragmatism of what is possible or what is acceptable, instead giving wings to his imagination. But one important fact that is unmistakably omnipresent in all of his films is his understanding of the human condition. What it manages to do is create a personal connect with all his films, as if it had been inspired by each of us. He brings out the deepest emotions within us, hidden deep inside ourselves: our doubts, our secrets and our greatest fears. 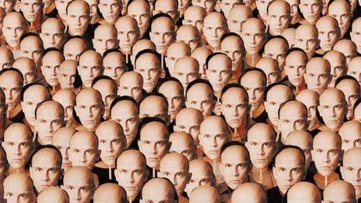 Kaufman’s use of symbolism and visceral imagery is uncanny, unlike any other modern surrealist. The motif of puppets and puppeteering; the idea of comparing it with the human life, as if we are puppets of our own consciousness, is a recurring concept both in ‘Being John Malkovich’ (where the protagonist is a puppeteer) and ‘Anomalisa’(which is a stop-motion animation film). Self-deprecation, identity crisis and self-acceptance are also ideas that he wrestles with in his movies. A prominent pattern that his filmography reveals is his use of a struggling creative artist as his protagonist; in ‘Being John Malkovich’, Craig is a financially deprived puppeteer; in ‘Adaptation’, Charlie is a screenwriter struggling with his work; in ‘Synecdoche, New York’, Caden is a theatre artist whose art engulfs his life (or vice versa !); and in ‘Anomalisa’, Michael is a customer service expert who is reeling in his disenchantment with the world around him. While many interpretations could be drawn from this, for me, there couldn’t have been a better way of portraying their emotional entanglements; these protagonists were the ones who made their stories universal; their struggle became personal and relatable. 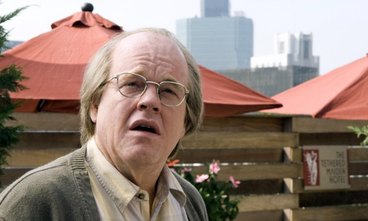 While every one of Kaufman’s movies are great works of art, one needs to specially mentioned; more so because it manages to successfully incorporate all of the ideas and themes explored in his other films, albeit in a more surreal and complex way. Kaufman’s directorial début ‘Synecdoche, New York’, is one of the few films that has the ability to encompass the entire humanity under its wings, while telling a story that every individual would relate to. Probably the best film that deals with a man confronting his own mortality, this post-modern masterpiece could change your life (It did mine). The story follows an ailing theatre artist struggling with his magnum opus, as his extreme commitment to realism slowly blurs the lines between what is real and what is not! But along the way, Kaufman manages to throw up philosophical questions about the idea of existence, and how we perceive the reality around us. A movie which may depress you beyond words, this movie stemmed from Kaufman’s wish to write a real horror story.  And a horror story it is, one which explores the horror that confronts every human being; the idea of death, of the lifelong struggle to avert that single unchangeable reality, and how it changes your life as a whole. ‘Synecdoche, New York’ may be Kaufman’s least accessible movie, but it is also his funniest and most emotional.

I wouldn’t be lying if I said that Charlie Kaufman knows me inside out. He knows how I lead my life, my obsessions, my secret desires and my greatest fears. In fact, he knows all about you too! And it is our story, our minds and our fears he that explores in his movies. With each of his movies, he has managed to reflect more and more of the human life; of self-denial, self-acceptance and ultimately a realization of the “real” self. And as I return to my earlier metaphor, it is this reflection of reflections in the movies that Kaufman has managed to perfect.

Cinema has been blessed with many great visionaries and a lot more have made great movies, but only a few might have had better understanding of the human existence than Kaufman does. I have a feeling that centuries later, our future generation would ponder over and analyze the works of Kaufman to get a better understanding of our times!