‘Eternal Sunshine of the Spotless Mind’: Arguably, the Greatest Film of this Century (So Far)

The utter eternal truth that we as humans, with all our foibles and follies, fail to realize is that just like one side of the coin loses its significance without the other, similarly, joy is meaningless without grief, triumph is worthless without failure, and love is futile without hatred. Therefore, it’s foolhardy to take the moments of joy, triumph and love for granted, while consider moments of grief and hatred as the impervious measures to determine the current state of being. And it is this basic message that ‘Eternal Sunshine of the Spotless Mind’ perpetuates in the most oblique but funny way, by the means of two characters who through the process of loss, discover what they had to begin with. Within all its maze of dreams and eccentricity, ‘Eternal Sunshine ..’ has a beautiful emotional core and that is: We might not realize the worth of moments we spend with our loved ones until they are taken away from us.

The dizzying, surreal epiphany of love and heartbreak has never been explored in the manner and to the degree of success with which ‘Eternal Sunshine of the Spotless Mind’ does. Mind is wrought with memories that stir up our feelings in ways, we may or may not conceivably desire. And feelings are something that never grow old. They remain just there, tucked somewhere in the corner of your heart. When a thing of present reminds you of a moment in the past, it inadvertently brings back the same feeling related to that individual moment.  So, as humans, we may not have as much control as we think we have on which and what memories we want to relive, since, the triggers to those memories are not always at our behest. 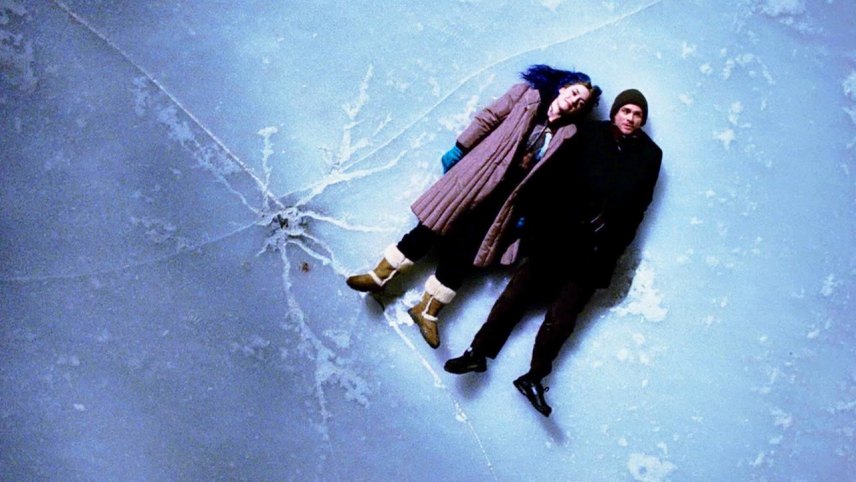 Human mind is a stock of memories — some bitter, some sweet. We don’t retain everything from our past — probably, not even 1%. The tiny bit that we do, are generally moments or events of significance. But what bring back those bygone moments of love, happiness, or gloom, to our conscious mind from a subconscious state of being, are things that exist or seem to exist in present. It so often happens that when you hear, smell or see certain things, you are transported back to the memories somehow connected or related to those things. A song that reminds you of your first crush. A smell that reminds you of your school. Sometimes, even a toy that reminds you of your childhood. If all these things are somehow removed from our present, is it possible that our mind will cease to retain the memories brought back by those very things ? ‘Eternal Sunshine of the Spotless Mind’ doesn’t just stop there; it actually goes a step ahead. Not only the things from present that invoke a certain past of you are removed from your life, but also, with the help of science if the memories themselves are somehow deleted from mind, is it possible then that you won’t even recognize the person connected with those memories when you meet them in present ? I know this theory sounds complex, but that’s where the genius of the film lies.

Joel (Jim Carrey), a introverted, shy man, who after breaking up with his girlfriend, Clementine (Kate Winslet), an impulsive but full of life woman, discovers later that she had undergone a radical procedure to have him erased from her memory. So, in an act of self-gratification, Joel decides to undergo the procedure himself. But as the procedure (done by rendering the subject unconscious) goes on, and his memories of her start vanishing one after another, Joel’s subconscious realizes that beyond the acrimony between them, there were beautiful moments that he never wants to forget. In an attempt to protect his remaining memories, he tries to outrun the erasing process while it’s being carried out inside his mind, and so begins a strange labyrinth of fragmented memories, surrealistically fading people, and mental materializations of Clementine and even a hilarious trans-lucidity to Joel’s childhood.

Lush with beautiful images and inventive score similar to silent-era-esque soundtrack, it’s impossible to explain everything about ‘Eternal Sunshine of the Spotless Mind’. No doubt the film is layered with a difficult to follow narrative — though actually, it’s simple once you start following — it’s one of those films which is richly rewarding simply because you can’t stop yourself from swooning over the highly thoughtful concept and deeply moving film that it is.

Winslet’s authentic portrayal of lively Clementine, who changes her hair colors depending on her mood, will leave you smiling and touched at the same time. And in a turn that will catch many, who have mostly seen him in wild comedies, off-guard, Jim Carrey is surprisingly but adequately subdued. In the end, Carrey’s restraint makes a perfect fit to Winslet’s gay abandon.

But the real star of the show is its writer, Charlie Kaufman, who in the form of ‘Eternal Sunshine of the Spotless Mind’, might very well have written the most profoundly brilliant screenplay ever in cinematic history. A film that is not only unique in its own way but also endlessly re-watchable with something new to be found within every viewing. Go, See, Live and Experience, arguably, the finest film of this century.