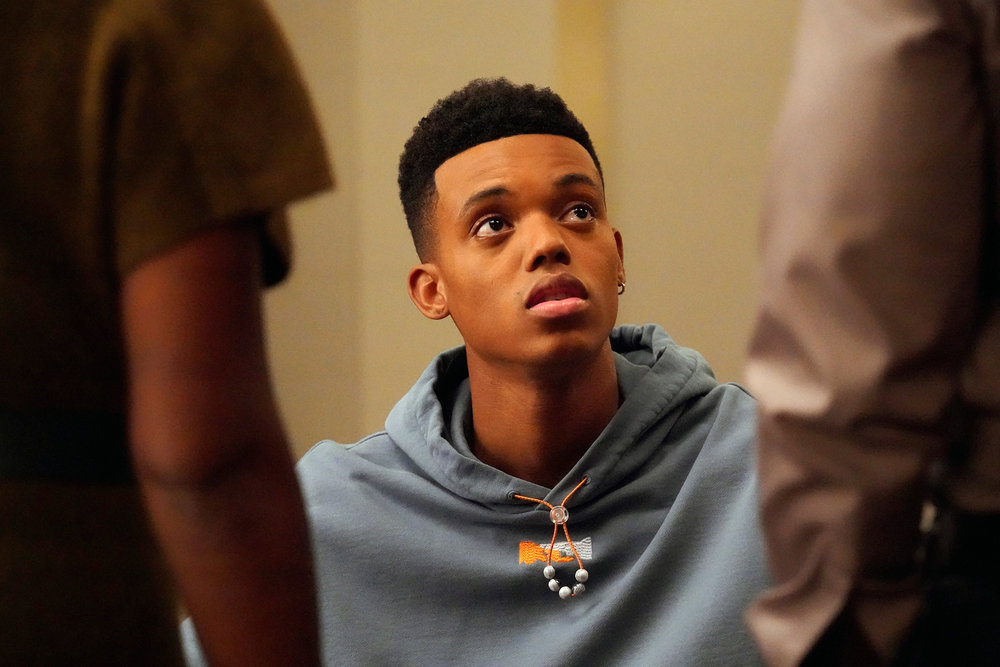 In ‘Bel-Air’ episode 4, titled ‘Canvas,’ Will (Jabari Banks) and Carlton (Olly Sholotan) agree to work together for mutual benefits. Phil’s (Adrian Holmes) campaign finally gets into gear. Viv (Cassandra Freeman) looks back to her past and considers starting to paint again. Jazz (Jordan L. Jones) and Hilary (Coco Jones) meet for the first time. And it is revealed that Geoffrey (Jimmy Akingbola) in ‘Bel-Air’ is definitely not the beloved butler from the original series. Here is everything you need to know about the ending of ‘Bel-Air’ episode 4. SPOILERS AHEAD.

It seems that at least a week has passed since Will’s stellar performance at the basketball game and Carlton’s anxiety attack. Carlton seems to be doing much better now. He makes a deal with his father: if he and Will can get 50 voters to register, Phil will take him to the Grand Prix, Monaco. Will and Tray’s relationship has significantly improved since the last episode. Tray tells Will that Rashad has found out where he is. With Uncle Phil not in the house, a panicking Will goes to Geoffrey, who assures him that he will take care of it. From Hilary, Will learns about Carlton’s plans and makes a deal of his own with Viv: if he and Carlton succeed, Will can invite Tray over to L.A.

While the boys go door to door trying to convince voters to register, Hilary and Ashley visit local stores and ask the owners if they will put up Phil’s campaign posters on their windows. At a record store, they run into Jazz, who is the owner of the said store. Hilary and Jazz have seen each other before, but this is their first formal meeting. Hilary learns that neither Jazz nor the store has a social media presence and decides to rectify that.

Hilary’s conflict with her mother continues as the younger woman tries to assert her independence in the eyes of her critical mother. She applies to a number of influencer houses but initially receives one rejection after the other. When she is finally accepted in an influencer house called Crib of Influence, she is justifiably ecstatic as she now can move out. However, Viv is horrified by the prospect when she learns about it.

It is revealed that Ashley sometimes sneaks out of her home to play online games with her friends. The show also offers gentle hints that she might be interested in a girl from the group. Meanwhile, as they visit house after house to convince voters to register, Carlton and Will realize that it will not be as easy as they thought. Carlton’s logical approach doesn’t work as voters clearly don’t regard the rich and powerful Phillip Banks as one of them. As always, Will has an idea. He invites all the potential voters to the skating rink for a meet-up with Phil. This was supposed to be a private fundraiser, but Will opens it up for the public.

Initially apprehensive, Phil warms up to the idea as his son and nephew work together to convince him. And it works. His voters find out he wants to defund the police and prohibit the prosecutors from pursuing sentencing enhancements for first-time criminals. These policies seem to earn him support from his base. As they successfully convinced voters to register, both boys get what they want.

Rashad is a drug dealer in West Philly. He is the main reason Will had to leave his hometown and come to Los Angeles to live with his maternal aunt and her family. Towards the end of episode 3, Rashad learns where Will is from a video clip of the latter’s first basketball match. In this episode, after learning from Tray that Rashad knows his whereabouts, Will goes to speak to Geoffrey, who tells him that everything is under control and not to concern his uncle and aunt about this.

It seems that Geoffrey has some connections in the Los Angeles underworld, and he and his associates already paid Rashad $10,000 to placate him. But that didn’t work, and Rashad now wants more money. So, he decides to deal with the issue permanently. As Will later learns from Tray, Rashad was shot dead at a strip club. When Geoffrey earlier tells his associate that he doesn’t intend to continue paying Rashad, he basically tells him to take care of the situation by eliminating the drug dealer. Now, with Rashad gone, Will and Tray can lead normal lives. However, Will likely now has some inclination about who Geoffrey really is.