The Yachts and Filming Destinations of Below Deck 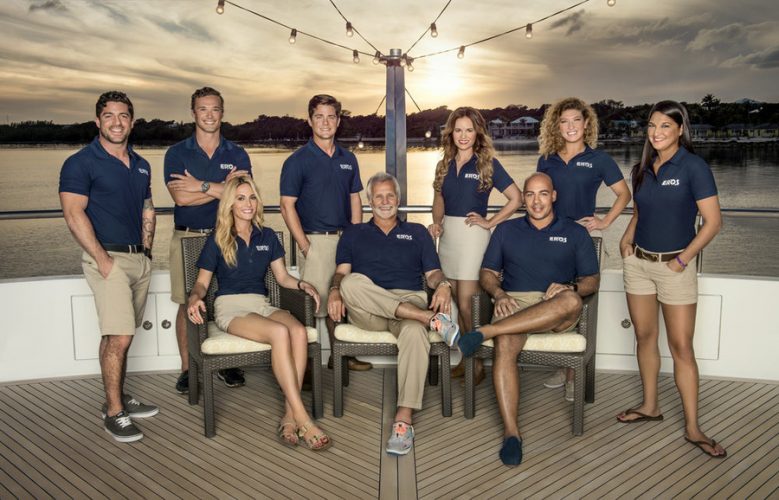 The best jobs are often defined by the perks they offer: a high pay, flexibility of work hours, etc. But what if one perk of your job was the opportunity to travel to exotic locations on a super-luxurious cruise? This is exactly the kind of “dream job” that the cast of ‘Below Deck’ have.

‘Below Deck’ is a reality television series that follows several crew members of a luxury yacht that travels to a holiday destination with numerous guests. The crew are faced with countless challenges as they aim to make the guests’ experience as hospitable and pleasant as possible. Often called “yachties,” the crew members juggle various personal conflicts as they strive to work hard and party harder by visiting some truly mesmerizing places.

Each season, a new group of guests are seen aboard the ‘Below Deck’ yacht. Apart from that, the destination also changes as the ‘Below Deck’ crew get an opportunity to travel to another location altogether, more vibrant than the last.

Many of you might be wondering where ‘Below Deck’ is actually filmed. Well, owing to the format of the show, most of the filming for ‘Below Deck’ takes place aboard a luxurious yacht. Apart from that, the locations that the yacht travels to are also picturesquely depicted on the show. These gorgeous locales are one of the highlights of the series, to be honest.

Majority of the filming for ‘Below Deck’ takes place on the multi-million dollar yacht that the crew operates and manages. Most of the crew is rejigged each season, save for the captain, Lee Rosbach who leads the operations.

A yacht named “My Seanna” was used for filming the sixth season of the show while “Eros/Mustang Sally,” “Ohana/Rhino” and “Honor/Lumiere” were used for shooting the third, second and first seasons of ‘Below Deck’ respectively.

The seventh season of ‘Below Deck’ was filmed in Thailand. The yacht sailed the Andaman Sea and the Phang Nga Bay. The Southeast Asian country is known for its beautiful, sandy beaches and pristine islands.

The Ao Po Grand Marina in Phuket serves as the home port for Valor on season 7 of ‘Below Deck.’ The docking location acts as a gateway to the Phang Nga Bay and has several bars and restaurants to serve those sailing. This is where the crew of ‘Below Deck’ kick back their feet and enjoy a night of drinking, or two.

Moreover, Ko Poda Island is also one of the locations where the yacht will be heading to for the seventh season. The imposing and magnificent island has become quite a hub for snorkeling thanks to the shallow stretches of water around its clean, sandy coast. Apart from that, the iconic Phi Phi Islands are also a filming location and destination for ‘Below Deck’ apart from Koh Rang Yai Island, Ko Yao Yai and Laem Krating.

As mentioned earlier, ‘Below Deck’ takes its crew and guests to a different part of the globe in each season. For instance, the sixth season of the show was set outside the Caribbean region, in the islands of Tahiti. On the other hand, the fifth season was set and filmed in St. Martin while the fourth season took place in the Virgin Islands. Bahamas serves as the location for the third season while the second season was set in the British Virgin Islands and the first one around the Caribbean.