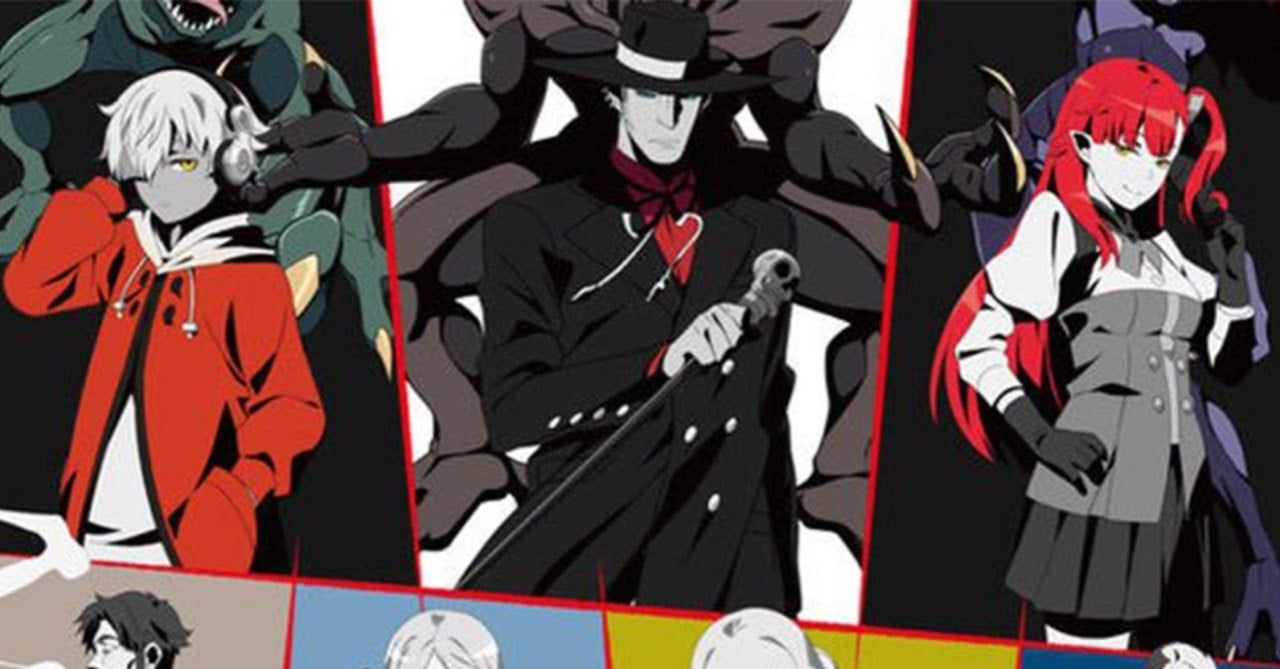 Initially, ‘BEM’ might seem quite intriguing to those who are not aware of its lesser-known older versions. It pretty much comes off as a detective noir anime with some ghastly gothic feels to it. And once you throw in some gruesome monsters in there, most anime viewers are sold. But the biggest problem arises when the characters of this anime fail to live up to your expectations. What starts off as a bleak action thriller soon turns into a goofy comedy. The other glaring issue is that though the action scenes have been very well choreographed, a clear cut in the budget can be noticed. There are times when it seems like it is trying to pull off every trick in the book to make the action scenes watchable; but it doesn’t succeed in doing so.

The only thing that’s surprisingly top-notch about it is its jazzy opening theme. And for someone like me, who has always been obsessed with the OSTs of ‘Cowboy Bebop‘, this one really brings back good old memories. There are quite a few anime shows out there that are able to pull off the whole episodic format where each episode brings in a new story. So it does not really matter if you’re familiar with any of the previous episodes or not; you can simply dive right in and have a good time watching it. But then again, in the case of ‘BEM’, I’m not really sure if it works in the anime’s favor. Overall, ‘BEM’ may not really be this season’s masterpiece but it is indeed a great time killer. If you’ve got way too much free time, you might want to give this one a shot.

BEM Season 2 Release Date: When will it premiere?

‘BEM’ Season 1 premiered on July 15, 2019 and with a total of 12 episodes, it ended on October 14, 2019. ‘BEM’ is a completely original anime which means that it has not been adapted from a manga or a light novel series. Since it is free from the confinements of any source material, the creators of the show get to decide if the anime will continue or not. Now if we look at the other alternate versions of this anime, both of them just had one season with 23 episodes in each. Since this one is more or less of a remake of those, it is very likely that there will be more to its story even after 12 episodes of its initial run.

However, if we consider the current ratings of the show on some popular platforms, it seems like it’s not doing too well and is barely average. So even if the creators are considering a season 2, the present ratings could force them to change their minds. Also, it has been produced by Production I.G, which is known for creating sequels of most of its anime. So at the end of the day, it will all come down to how popular the show will become over the next few years. Though it’s a bit too early to conclude anything, it seems like it might have a small chance of returning in the future. If we get any confirmed news regarding ‘BEM’ Season 2 release date, we will update it here in this section.

The English Dub of ‘BEM’ is available on Funimation.

‘BEM’ tells the story of three monsters, of which one of them, who looks like a complete gangster, is the titular character. The second one is Bero, who just looks like a normal boy, and the third is a witch named Bera. All three of them try to save the world from evil and by displaying their strong sense of justice, they just hope that someday they will be allowed to become normal humans. Stuck somewhere in the middle of being human and youkai, the three struggle to find their way in a world where being human is not at all easy.

Bem is the main titular character of the series who has been voiced by Katsuyuki Konishi in the Japanese version and by Gabe Kunda in the English version. He is the oldest looking monster amongst the three, which pretty much makes him their leader. In his human form, he uses a long walking stick as a weapon. He usually dresses up quite sharply with a well-fitted black suit over a gleaming white shirt. He also sports a black hat which makes him look quite mysterious.

Bera is another protagonist of the series who has been voiced by M.A.O in the original Japanese version and by Dani Chambers in the English Dub. She is the only female character in the group and is known for her bad temper. Even the silliest of things are enough to trigger her and when that happens, she just lashes out on anyone who tries to bother her. In her human form, she carries a whip as a weapon. She has a gothic appearance and has the evilest looking eyes. Her hair is jet black and she usually keeps them open. She is usually seen in a dark blue dress along with a light blue scarf that’s wrapped around her neck.

Bero, voiced by Kensho Ono (Japanese) and Aaron Dismuke (English), is the youngest looking monster in the group. He is quite naive about everything that’s going on around him. Out of all three, he is the only one who does not carry a weapon in his human form. He has a round tanned face with goblin-like pointed ears and light blue short hair. He has fangs for teeth and is really fond of eating. Compared to the other two monsters, he is quite cheerful and tries to enjoy his life to the fullest. He wears an orange sweatshirt and in the 2019 version of the series, he also sports a set of headphones around his neck.