12 Best Chinese Anime of All Time 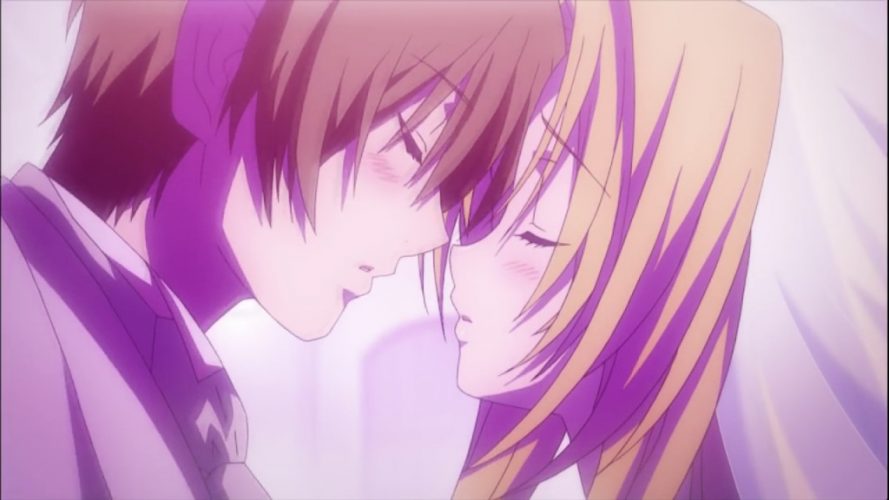 The term anime is a Japanese word for animation. If we go by the literal meaning of it, then every country has its anime. But over the years, what I have come to learn is that when the word anime is used, it refers to the style of art used in animations in Japan. When we talk about Chinese anime, we generally mean the animations which have been created in China or maybe are Chinese adaptations of manga or Manhua (Chinese comics). Before we jump onto the list, you may want to know that when you transition from Japanese to Chinese anime, the voices of the characters will feel weird at first (it did feel strange to many people) but be patient, and you will adapt. So, without further adieu, let’s jump into the list of top Chinese anime ever made. You can watch several of these Chinese anime on Crunchyroll, Funimation, Hulu, or Netflix. 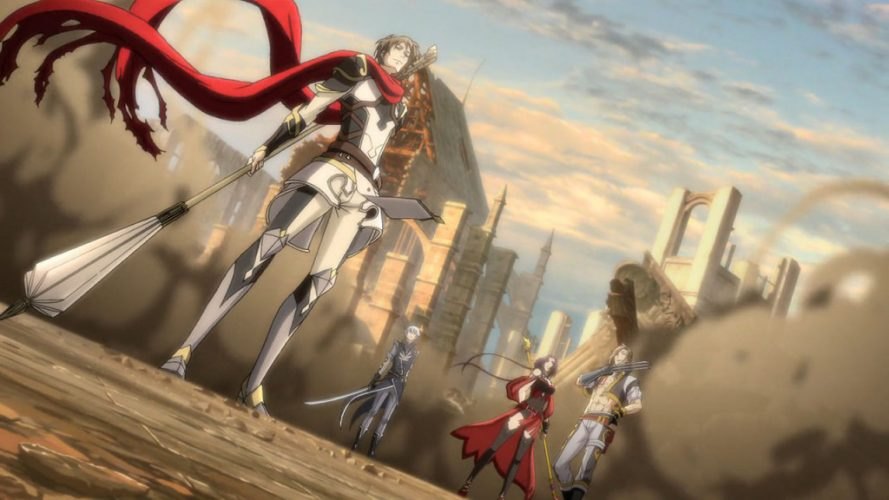 Let’s kickstart the list with one of the best Chinese anime out there, ‘Quanzhi Gaoshou.’ If you like anime based on multiplayer gaming, then this is the right series for you. The show revolves around an online multiplayer game named Glory. Ye Xiu is regarded by many as the best player, which is not surprising as he has devoted ten years of his life to it. But then he is forced to retire and leave his team; Ye finds work at an internet cafe.

When Glory adds the tenth server Ye Xiu that it’s about time to get back into the gaming zone and compete with the best, it does not take him long to catch the attention of other top-level players who don’t know anything about him. But even though Ye Xiu has a lot of experience and skills, the game has changed over the years. With no sponsor to back him up, he faces an uphill struggle to become the best in the business. Will he be able to find his feet and dominate other players just like he used to do back in the day? The anime is accessible for streaming here. 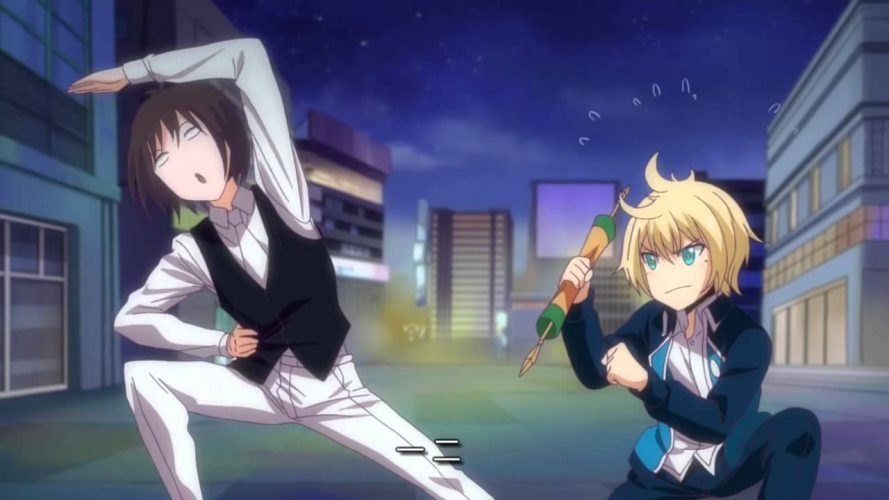 ‘Wangpai Yushi’ is a supernatural genre anime that follows Ye Yan and Xiaoyan Huang. They act as censorates who are top-ranking supervisory agents in China with the responsibility to maintain peace and harmony. The anime is set in a world where night and day have merged. The balance of the yin and yang is no more, and monsters and humans have started to live together. But well, harmony is never perfect, and often certain untamed monsters love to cause havoc. In order to protect and safeguard the world, the young censorates need to tame these creatures.

‘Xiyouji Zhi Dasheng Guilai’ is a fantasy anime movie filled with action. It revolves around Monkey King, a legendary creature who was unrivaled in combat. He was really powerful and freely walked among all the three realms, i.e., Heaven, Earth, and Hell. But he ends up breaking certain divine laws, thus angering the Gods and getting punished for his actions in the process. He is then imprisoned in an ice pillar and bound with chains, where he remains for many years. 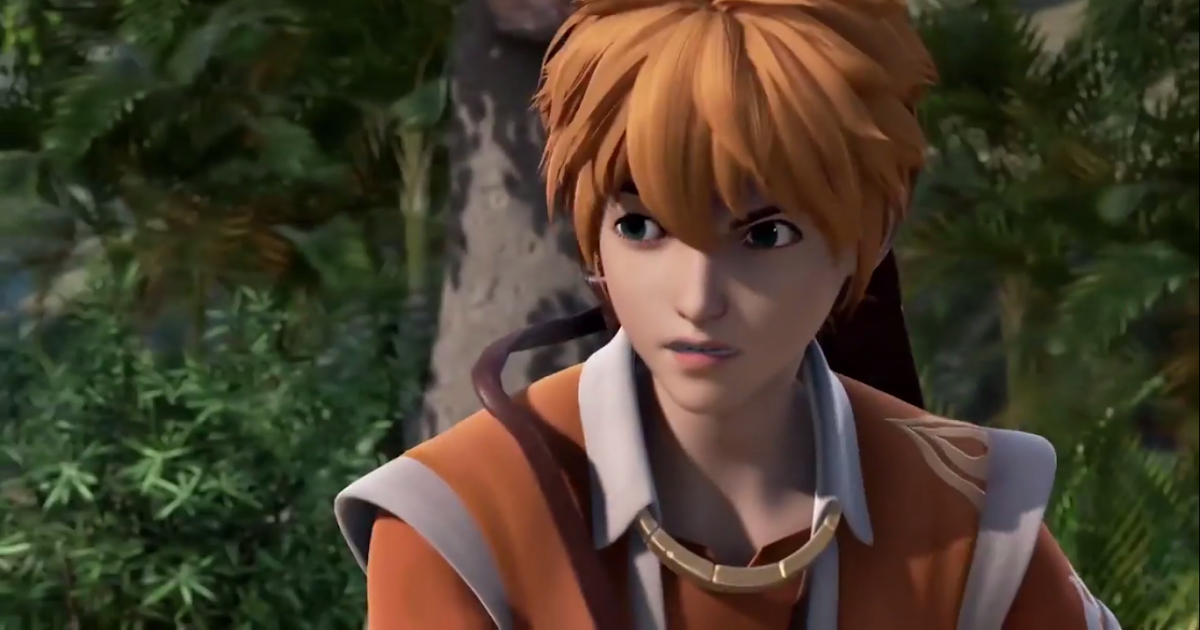 Inspired by a tragedy in his early life, Nie Li trains hard to become the strongest Demon Spiritist. Unfortunately, he has barely enjoyed the fruits of years of hard work when he is killed in the battle with the Sage Emperor. But when he gets a second chance at life, Nie Li, whose soul is brought back to when he was still just 13 years old, uses the memories of years of training to ascend in the world of martial arts. He vows to protect his city from the demon beasts which pose an existential threat to his homeland and is determined to destroy the Sacred family who abdicated all their responsibilities for their personal gain. 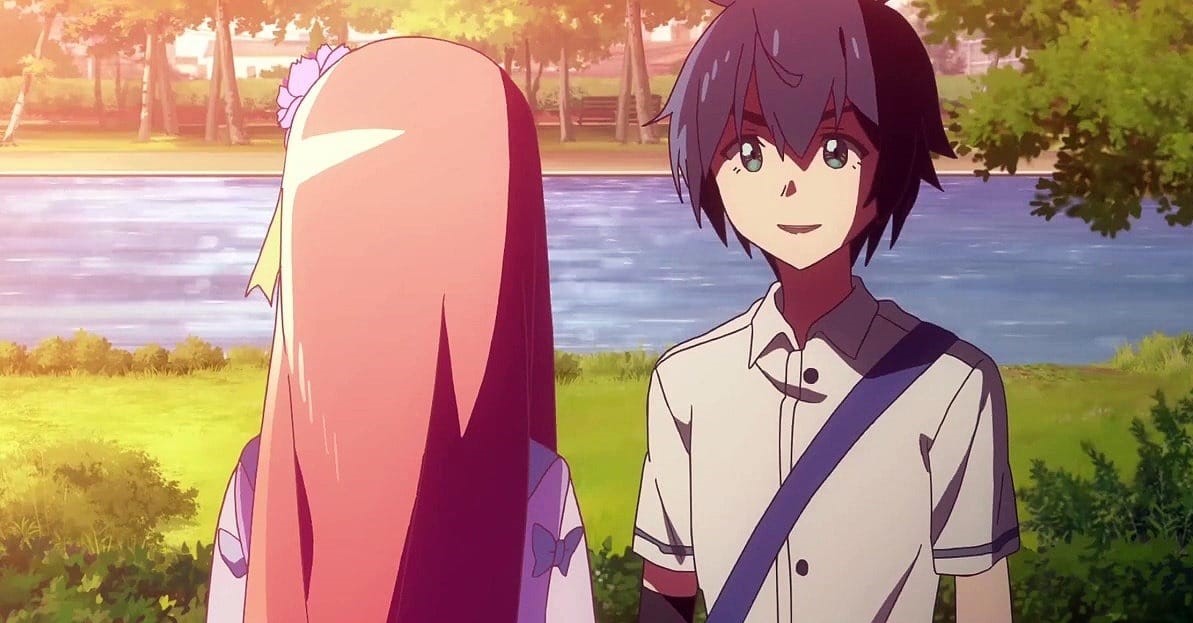 If you were looking for some romance genre anime, then ‘Lan Mo De Hua’ might just be the right series for you. The show primarily focuses on Lan Mo and Lui Yi Feng. While the former wants Lui to fall in love with her but he only sees her as a friend. Lan then finds a magical hairpin that enables her to change her appearance. She decides to use this to make Lui fall in love with her but soon realizes that any affection gained through the use of magic is not worthy of respect. As she struggles with her inner conflicts, will the true friends find what they truly desire in their lives? 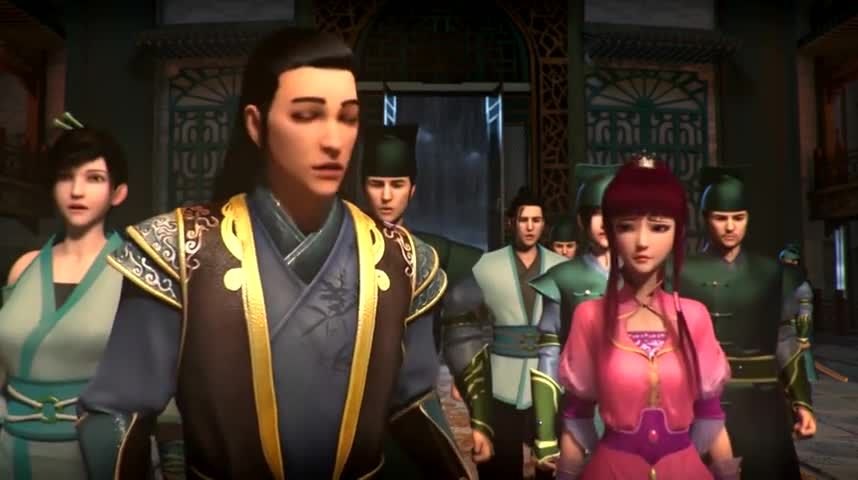 ‘Doupo Cangqiong’ follows Xiao Yan, who had to come to terms with the murder of his beloved mother, Gu Wenxin, when he was just nine. His father, Xiao Zhan, never really discussed his mother’s death with him. To improve his fighting skills, Xiao Yan started practicing martial arts but ended up making no progress at all. The reason for this was his mother’s ring which absorbed all his progress. This continued for six years until he was fifteen.

Then one day, when Xiao Yan made contact with the ring, he encountered an older adult named Yao Chen. Yao Chen became his master, and soon Xiao Yan started making considerable advances in his martial arts skill. He also learns about the people behind his mother’s murder and vows to exact revenge on them. You can watch the show here. 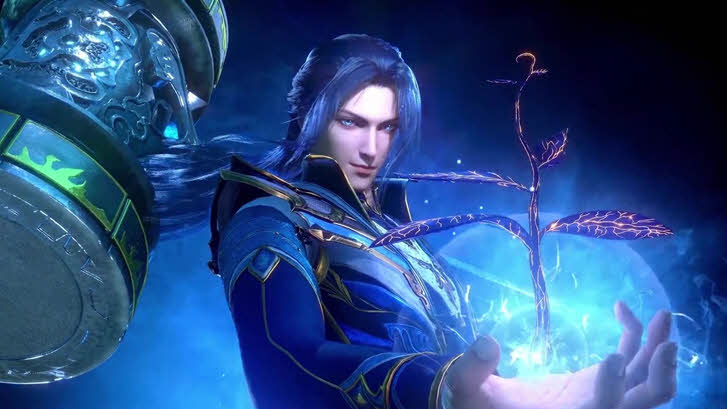 Tang San is one of the most talented martial artists of his clan, and his elders are convinced that he has a very bright future ahead of himself. However, ignoring the rules of his sect, he acquires the forbidden knowledge and honors the principles taught to him since childhood by committing suicide. However, by virtue of his strong spirit, Tang is reborn as a blacksmith’s son. He soon learns about the spirit power and, determined to make a name for himself, embarks on a quest to use his incredible powers for the greater good. 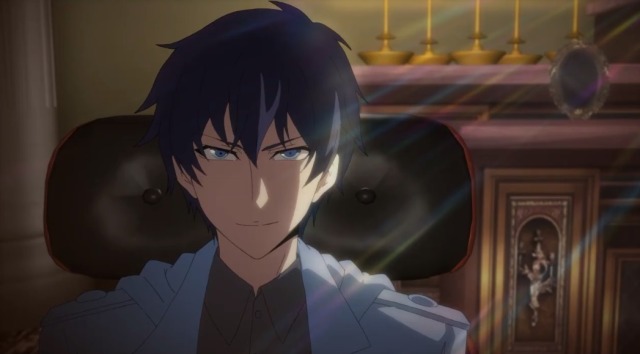 ‘Shuangsheng Lingtan’ is a psychological mystery drama that is inspired by a Manhua of the same name. The plot has a few holes but nothing too irksome. The protagonists of the anime are twin brothers Xiaotu and Xiaohu. The duo works together as detectives and often uses their brilliant investigative talents to specialize in cases of supernatural nature. But one of their cases becomes quite troublesome for the twins as they face mortal danger every step of the way. With nothing but their combined investigative experience to help them, can the dynamic duo escape unharmed and solve the mystery? 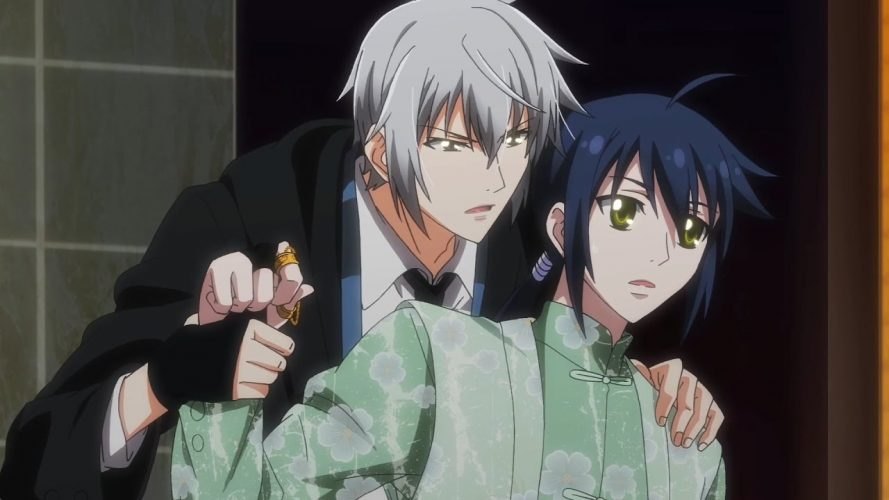 ‘Ling Qi’ is a supernatural anime that is inspired by the Chinese Manhua of the same name. The series follows Yang Jinghua, an impoverished man who is involved in an unfortunate accident one day. When he wakes up, he finds himself ten years younger. He feels that he has been reborn and thinks about starting his life afresh. But then he encounters 13th Youmeshi of the Tanmoki, a white-haired man who tells him that he is dead. The exorcist presents You the chance to become his spirit shadow and offer him protection in return for his own protection from humans. As the two agree with the pact, the duo takes on unexpected challenges in the spiritual world that change them forever. You can watch the show here. 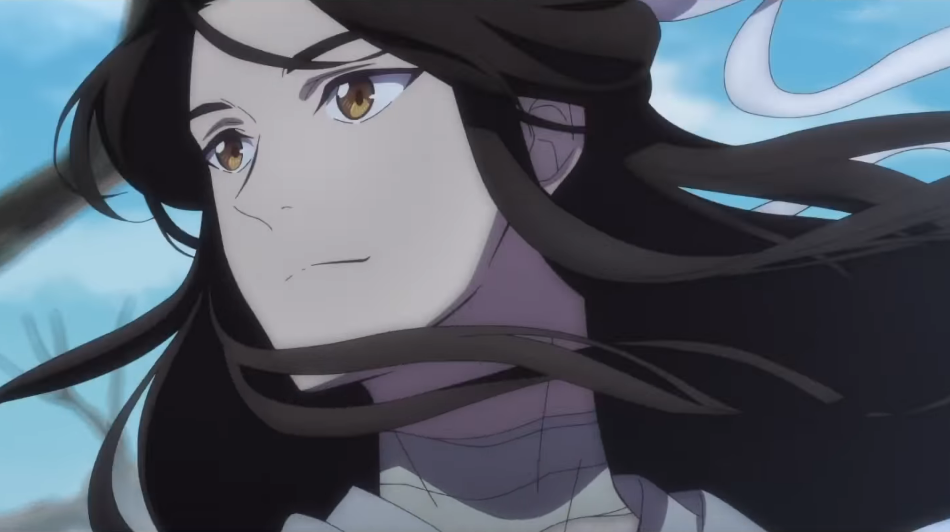 After his arrival in the heavenly realm for the third time, eight hundred years after he was regarded as the martial god, Xie Lian no longer has followers of his own. However, he has barely embraced his new life when he has the unexpected encounter with the Hua Cheng, the Ghost king who strikes fears into the hearts of demons and gods alike. When he has barely figured out what could have motivated someone like him to meet a Heavenly official, Xie meets San Lang, a young man with vast knowledge who accompanies the protagonist as he embarks on a journey to unravel the mysteries of his past and understand himself better. All the episodes are accessible for streaming here. 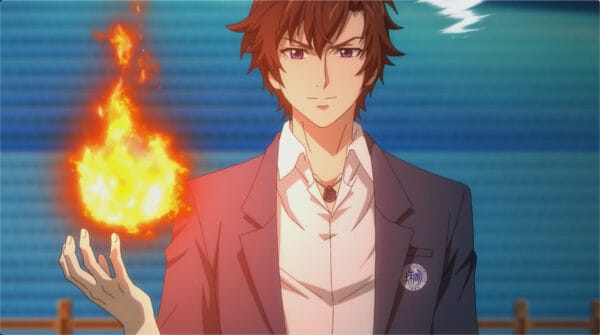 After getting reborn in a universe where magic has replaced the essence of science, Mo Fan, an impoverished high schooler whose father is a poor laborer vow vows to attend the prestigious magic institution. When he somehow gets in, his fellow classmates make fun of his lack of familiarity with magic abilities, but Mo somehow harnesses fire and lightning elements. It marks the beginning of his misadventures in the world of magic, where he encounters mythical creatures and tries to climb the social ladder to offer his family a better life. You can stream the action-packed series here.

In the world of cultivators, the most sought-after goal is to achieve the state of immortality, also known as Xian. While almost everyone follows the traditional path, a cultivator named Wei Wuxian can’t resist the attraction of dark energy and ultimately acquire unthinkable powers through demonic cultivation. However, his reign of terror and violence does not last long as other cultivators band together to take him down. Thirteen years after he is killed by a close ally, Wei Wuxian is reborn in the body of a lunatic. He wastes no time in finding his trusted friend and former classmate Lan Wangji and embarks on a journey that will slowly unravel the dark secret behind his death. Internationally, ‘Mo Dao Zu Shi’ is one of the most successful animated shows from China, and it is therefore not surprising that it has made it to this list. You can stream the anime here.