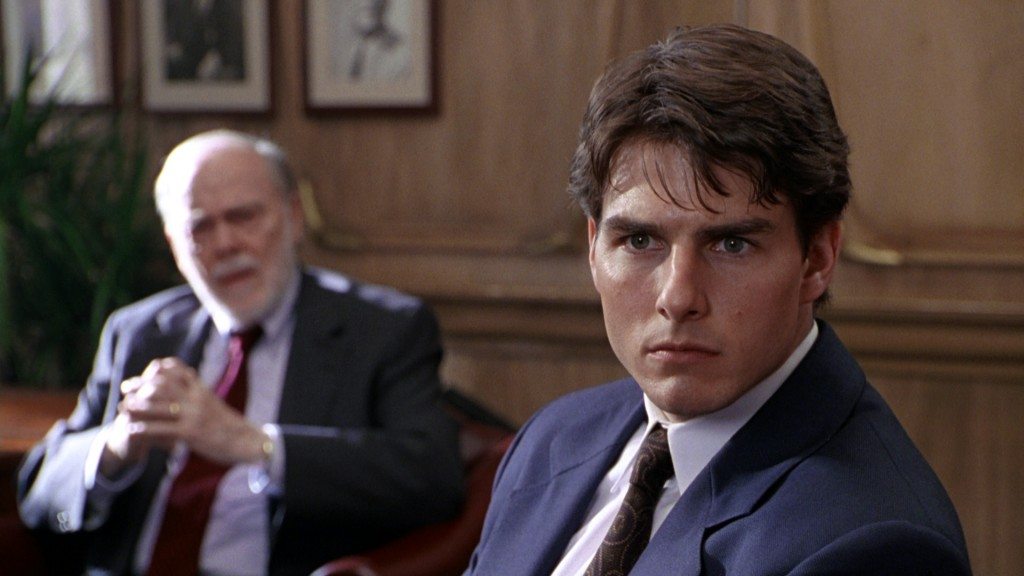 John Ray Grisham Jr., commonly known as John Grisham, a name profoundly recalled among Law & Legal Fraternity. An Attorney and Politician, Grisham became a worldwide sensation after following his second calling. As an author, his first book A Time to Kill published in 1989, which took him nearly 4 years to complete. Grisham tasted his first success with novel The Firm, turning into a bestselling novel of 1991. Since then, John Grisham has turned the face of legal thriller through his sheer brilliance. With a Literature world obsessed with Romance and Fantasy, the genre of law and legal thriller gripped their readers. After his novels conquered nearly all Best-selling charts, legendary Director Sydney Pollack provided a reel life to his pages.

The success of Pollack’s legal thriller, put Grisham on the graph for filmmakers of 90’s. With time, he became the most desired author of his time. Many John Grisham books started being made as movies and TV shows. Movies adapted from his novels were both critical and commercial success. Many great Director of 90’s, utilised Grisham’s books and novels to create a masterpiece with it. Alan Jay Pakula, Robert Altman, Francis Ford Coppola with ensemble cast turned his novels into successful cinematic venture.

John Grisham’s influence on entertainment industry is exceptional with his works ranging from films to TV series. The author also helmed sports genre apart from crime thrillers. With numerous awards and accolades to his name, Grisham is considered as the most significant author of his time. With that said, here is the list of top John Grisham movies ever, ranked. You can watch some of these good John Grisham movies on Netflix or Amazon Prime or Hulu. 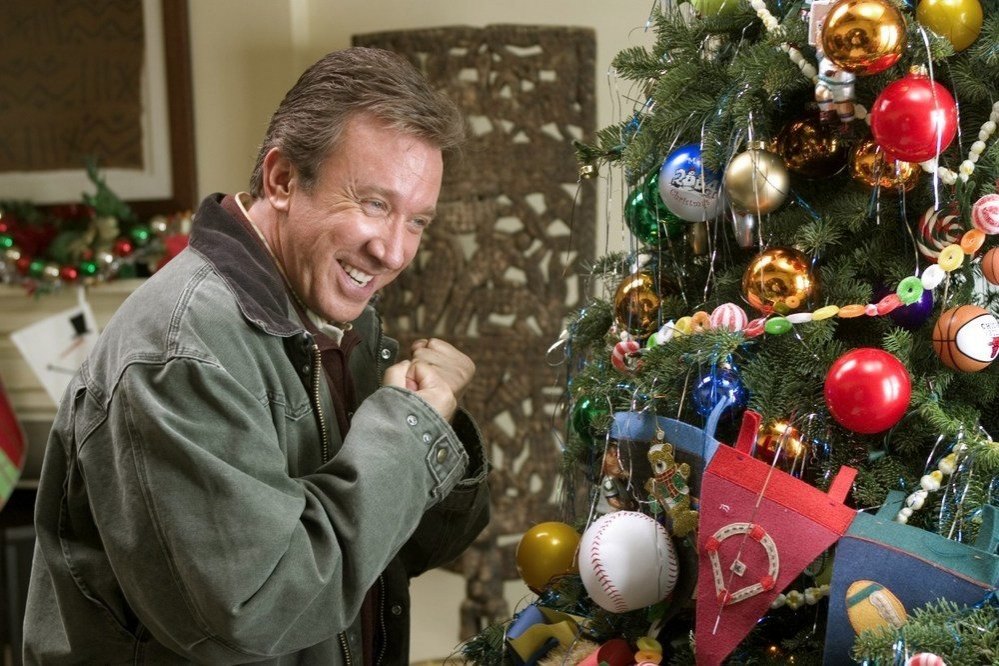 John Grisham’s Skipping Christmas, a New York Times Best-seller, adapted into Joe Roth’s Christmas with Cranks is a Christmas comedy film, written and produced by Chris Columbus. The film follows a couple which decides not to celebrate Christmas without their Daughter. Due to this, the couple is considered an outcast and are oppressed by the neighbourhood. Though the film received generally unfavourable reviews, it was a moderate box-office success.

The story involves Adam Hall (Chris O’Donell) returning to his hometown to appeal against his grandfather’s death sentence. Sam Cayhall (Gene Hackman) is convicted of murder of two Jewish children 30 years ago. Adam faces a dilemma as his grandfather was the reason for his father’s suicide. The Chamber (Novel) was incomplete when author sold the rights, which Grisham considers a reason for failure of the film. Gene Hackman, appearing a third time in the list, stole the show with his crude performance. The Chamber was a ‘box-office bomb’ and failed from the critical perspective as well. Unlike the novel, that gained popularity when published in 1994. Critics believed, that Director James Foley was unable to transform the novel’s artistic writing successfully into the movie. 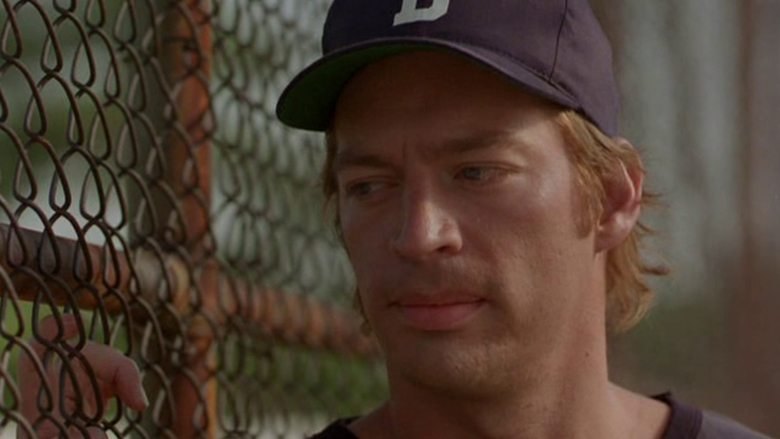 ‘Mickey’ is the only film in the list not based on John Grisham’s novel, but a script conceived by him. It is a sports drama involving a widowed father, who wrongfully files a suit for being bankrupt during his wife’s illness. IRS department disclose the truth, forcing him to shed the town and identity with his son. In a new place, his son outshines in baseball and becomes popular. This puts them under IRS radar, leading to disqualification of his team and his father’s arrest. Mickey is a rather less-known movie compared to others in the list. It was unsuccessful at the box-office, but critics praised the different take by Grisham, part from his usual genre.

Alan J. Pakula’s final film as a producer and writer, Pelican Brief starred Julia Roberts and Denzel Washington in the leading roles. Released in the same year as ‘The Client’. Based on John Grisham’s third novel The Pelican Brief in 1992. The film is a political-thriller, following the assassination of two supreme court justices. Darby Shaw (Julia Roberts), a law student accurately debriefs the murder mystery of the judges, but later faces life threats. Gray Grantham (Denzel Washington), a journalist later contact Darby regarding the assassinations to unsolved the mystery. Huge secrets are revealed as the story progresses. Roger Ebert hailed a favourable review for the film describing it a fast-paced and chilling thriller. According to the author, he considered it a justified adaptation to his successful novel. The film was a Box-office success, making John Grisham one of the most popular writer among film industry. 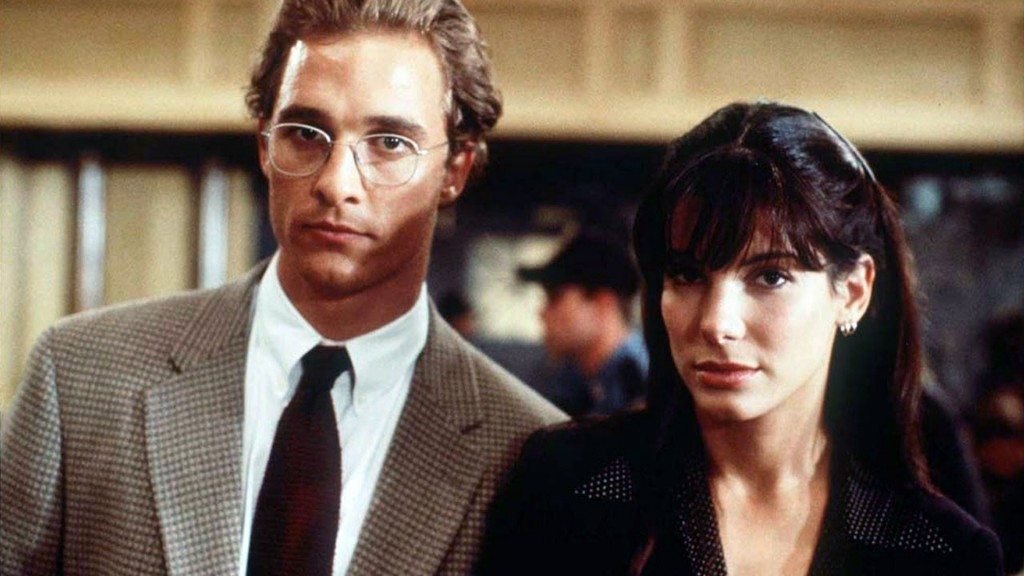 Joel Schumacher praised Grisham’s writing and work. A Time to Kill became his second Directorial venture based on author’s novel. Grisham’s first novel made through an ensemble cast of Matthew McConaughey, Sandra Bullock, Samuel L. Jackson and Kevin Spacey. The film follows a girl named Tonya being brutally raped by two racists and his father fighting against them in the court. When justice is not served, he takes matter in his own hands. One of the finest performed courtroom drama, with an emotional story-line. Excellent performances from the cast as well as the Director. Roger Ebert praised the film for its convincing plot and performances. A controversy regarding the movie spilled out due to the apology of death penalty and right of self-defense. In France, it was released with the tittle ‘A Right to Kill?’ Nevertheless, the film became a commercial and critical success. 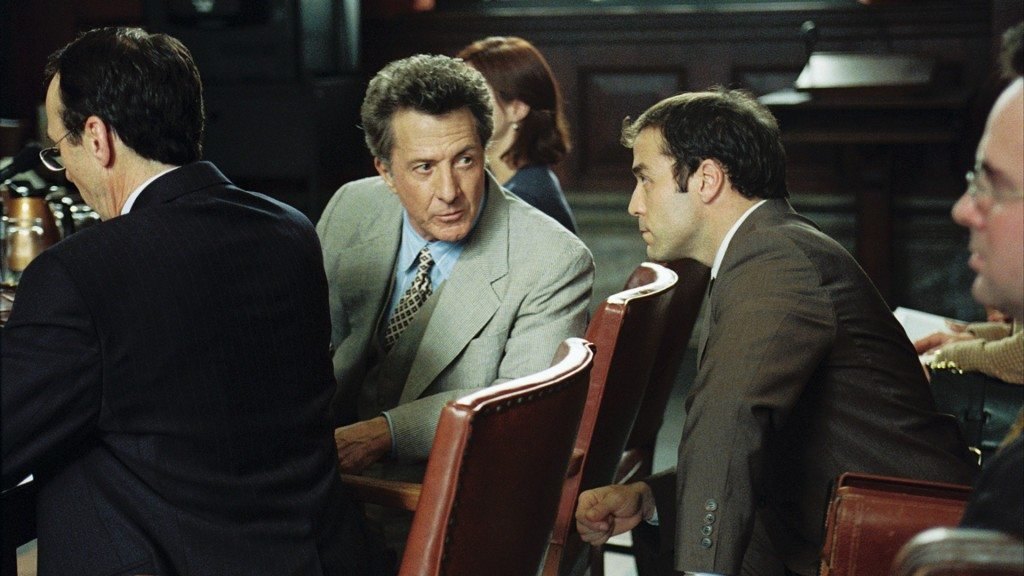 Based on the seventh novel by Grisham, Director Gary Fleder consolidated two cinema giants: Dustin Hoffman and Gene Hackman. However, there are differences between the novel and the movie, yet both proclaim similar cat and mouse chase. A mass murder-suicide case is revoked when a woman files a suit against the gun manufacturers. Case comes into the limelight, bringing together the legends. Rankin Finch (Gene Hackman), a ruthless and brilliant jury consultant against Wendall Rohr (Dustin Hoffman). Suddenly, this seemingly cat and mouse chase is manipulated and the whole scenario is changed. Jury is set for sale, agitating the minds of both the characters. John Grisham considered it “smart” and “suspenseful” but was disappointed because of the marginal collection. We saw the ‘Clash of Titans’, where both veterans stole the show, with their brilliant performance. Gene Hackman appeared second time in the list. The first one being ‘The Firm’. 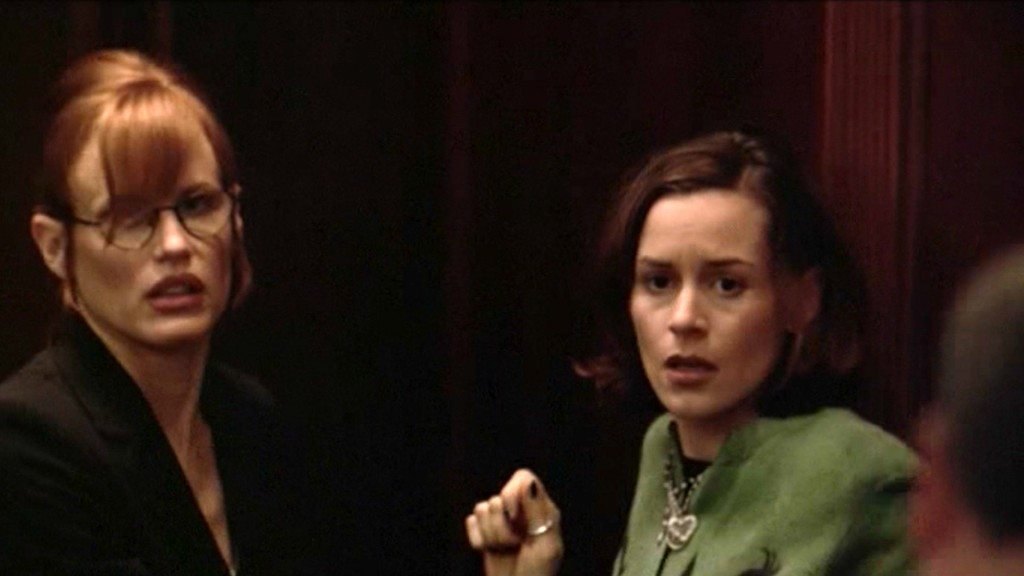 The Gingerbread Man proves the significance of Grisham as a writer. A discarded manuscript by him was considered vital enough for filmmakers. Directed by one of the most revered auteur of all time, Robert Altman. The Gingerbread Man is a thrilling experience of crime drama, focusing on a corrupt Lawyer Rick Magruder (Kenneth Barnagh) who files a suit against Dixon Doss (Robert Duvall). He does it under the influence of Dixon’s daughter and sends him to Mental Asylum. Eventually he breaks-free and threatens Rick and his family. As the story picks up, truths are unravelled. Robert Altman received critical appraisal for his Direction and his modifications to the script. Kenneth Barnagh’s performance was highly appreciated alongside Robert Duvall. Although, the film faced debacle in its post-production and release. It is considered one of the best thrillers made by Robert Altman. Roger Ebert and Gene Siskel gave their famous “two thumbs-up” after their review on the movie. 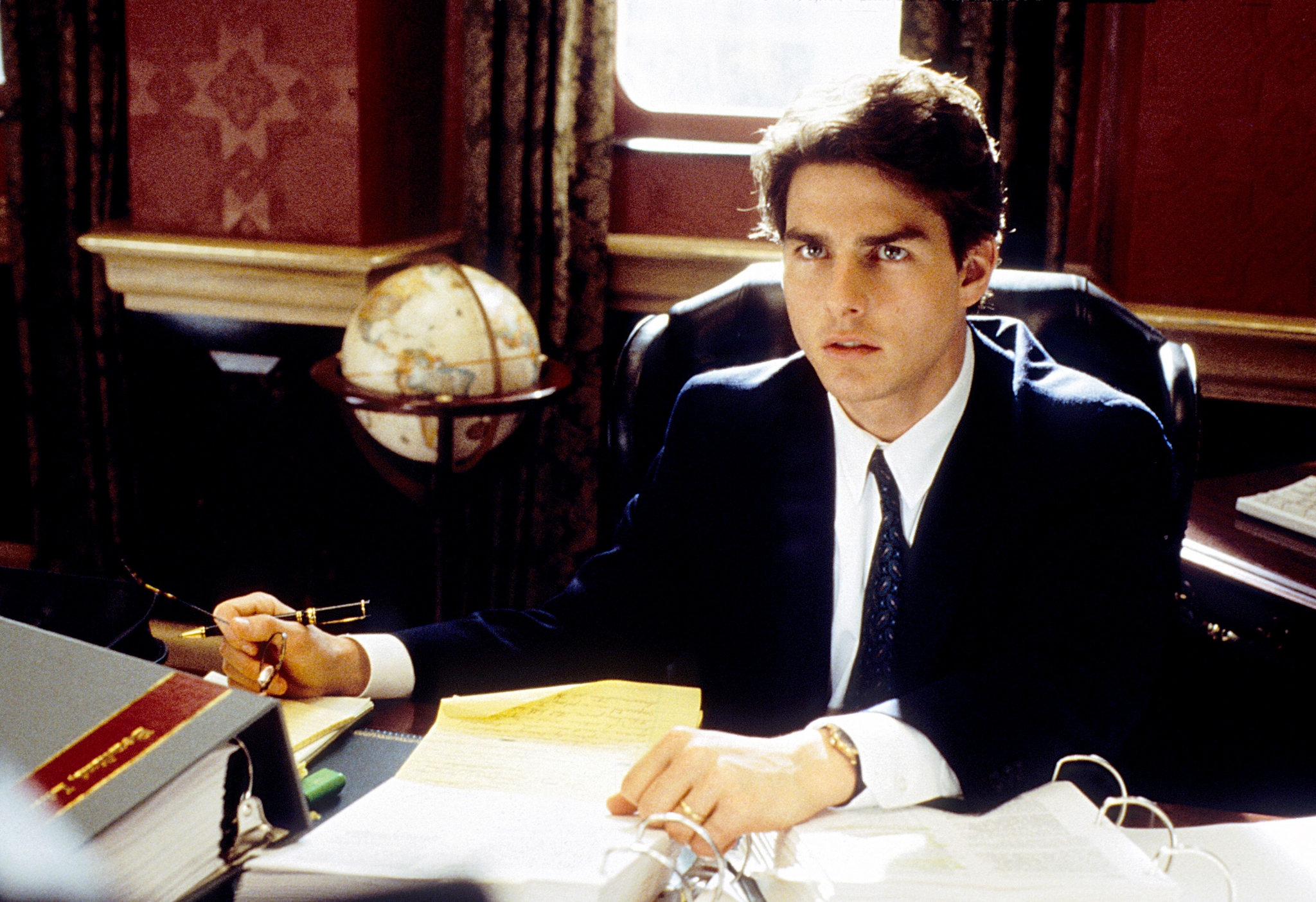 John Grisham’s first walk to fame The Firm, the best-selling novel of 1991. Sydney Pollack adapted this legal-thriller into a feature film starring Tom Cruise and Gene Hackman. The film depicts Mitch McDeere, an ambitious Law student lured by money and perks offered from a law firm. Eventually, he finds himself in hostile condition when dark truths about the firm are revealed. Considered as one of the best thrillers, The Firm, turned out to be a lucrative venture. Critics like Roger Ebert gave 3 out of 4 stars, praising the performances of Tom Cruise and Gene Hackman. The influence of John Grisham’s bestseller is seen later on Television, with a series of same name aired on NBC. Grisham turned into a producer for the series. 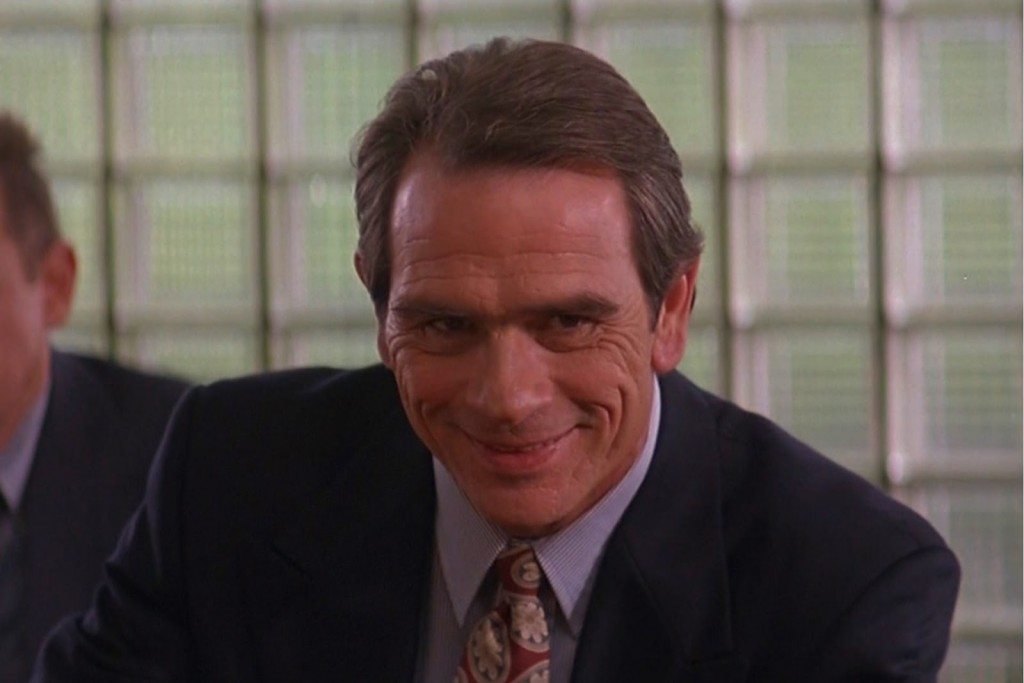 Director Joel Schumacher made this legal thriller, based on John Grisham’s fourth ‘The Client’. With the cast of Susan Saanson and Tommy Lee Jones and a thrilling story-line, the film turned out to be an overall success. Two brothers witness the suicide of a mob lawyer, because of it one of them faces serious mental condition. Mob and authorities are concerned whether the lawyer has revealed their secrets to those kids. The kids face a grave danger as an assassin follows them. They later seek the help of an alcoholic advocate Regina “Reggie” Love (Susan Saanson), who helps them. Critics and audience equally praised the pace, thrilling and chilling atmosphere. Susan Saanson’s performance is considered brilliant as she received nomination for “Best Actress in The Leading Role”. She won the Golden Globe the same year. 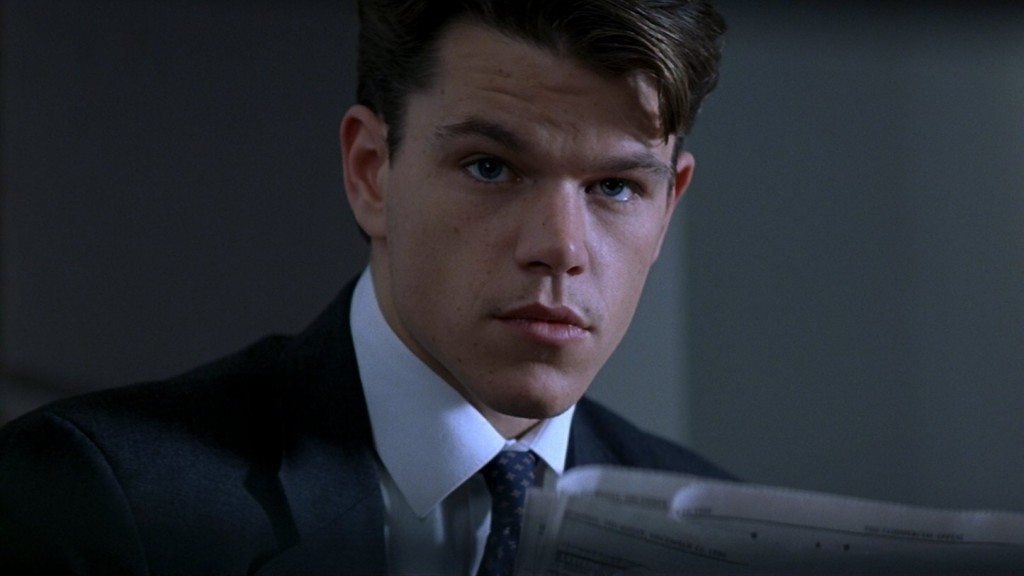 This time it was Francis Ford Coppola, who took his piece of John Grisham. The Rainmaker, Grisham’s sixth courtroom thriller was adapted with splendid cast of Matt Damon, Claire Danes, Jon Voight and Danny DeVito. It can be considered as one of the ‘Best Directed Movie’ based on Grisham’s novel. The film focuses on a young man, Rudy Baylor (Matt Damon), from an impoverished background. He makes his way through Law studies but languishes with an unsuccessful career. Eventually he turns into an ‘ambulance chaser’ for money and work. Later after a chain of events and cases, Rudy realizes that clients are more than just wealth but are victims. Critics praised the performances of Matt Damon and Danny DeVito with Jon Voight receiving various nominations for his Supporting role. A moderate commercial hit, ‘The Rainmaker’ garnered critical accolades. Coppola amazed through his Direction and Screenwriting. The film surely deserves to be on the top of the ranking.