12 Best Movies of Shyam Benegal You Must See 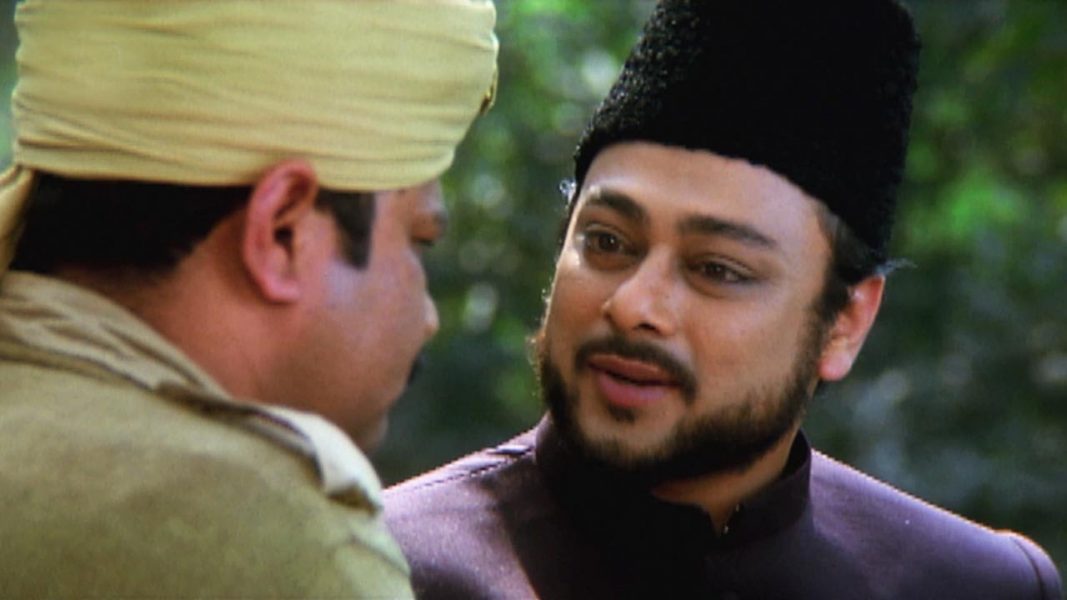 Shyam Benegal, one of the most prolific Indian auteurs, is a pioneering figure in the field of Parallel/Art House Cinema. Rather than subscribing to over-the-top formula commercial cinema, his movies are grounded in the reality of various segments of Indian society. They tackle with complex emotions, dilemmas and intentions of characters that are far from being unilinear in their development. In association with cinematographer Govind Nihalani, music director Vanraj Bhatia and a bunch of fine actors, he has made movies that are considered to be the best in what came to be known as the ‘middle-cinema’. Here is the list of top Shyam Benegal movies.

Featuring an excellent ensemble cast of Parallel Cinema actors like Shabana Azmi, Girish Karnad, Amrish Puri, Smita Patil, Anant Nag, Nishant is a landmark film about the lawlessness of rural India, the clout of Zamindars and the condition of women across all castes and classes. It marked the debut of Naseeruddin Shah playing a shy and quiet Vishwam living with his alcoholic brothers indulging in women and violence. The story kicks off when these men kidnap the wife (Shabana Azmi) of a school master (girish Karnad) for their brother, Vishwam, who already has a wife (Smita Patil). With its complex character development, unapologetic storytelling and extraordinary performances, this movie went ahead to win a National Film Award and an Oscar Nomination.

A movie, based in the aftermath of The Partition, is a tale about an unconventional relationship between a teenage boy (Riyaz), his grandmother (Fayyaz) and her sister (Mammo).Rather than being set in the horrific event itself, it tells the story of its everlasting impact on many lives. It shows how a political decision disrupted human relationships and turned those related by blood into foreigners on the basis of a territorial boundary. It stars Farida Jalal and Surekha Sikri in never-seen-before roles.

Based on a Marathi-language memoir, Sangte Aika, this movie is tells the sory of the courageous and flamboyant life of a successful Maharashtrian Actress, Hansa Wadkar. It dips into various forms of exploitation- those engrained in the Devdasi practice, the ones giving husbands a right over their wives and the ones inflicted on women who wish to live a resplendent life. Smita Patil, honing the lead role, gives a compelling performance. From a vivacious teenager to a troubled middle-aged woman, Patil owns the role. With extraordinary performances of actors like Amol Palekar, Sulabha Deshpande and Naseeruddin Shah, this movie becomes a must watch.

Set in the backdrop of 1857 Rebellion, this period film is based on Ruskin bond’s fictional novel, The Flight of the Pigeons. It’s quite rare to see complex stories of uprising, infidelity, innocent passion and failed love affair coming together to form a masterpiece of a film. With incredible performances by Shashi Kapoor, Jennifer Kendal, Shabana Azmi, Nafisa Ali and Naseeruddin Shah, this movie is a must watch.

This movie is a story of venomous rivalry between two business houses, related to each other, for lucrative governmental projects. As the feud escalates, it takes a toll on the younger generation. It is a stark representation of how the lust for money and influence can crush family relationships. Actors like Rakha and Shashi Kapoor, usually seen in commercial Bollywood films, showcase their acting talent in this modern day version of Mahabharat.

A light hearted satirical film, Well Done Abba skilfully amalgamates stories of the struggles of villagers in famine-stricken areas and slackness of government officials with the quest of a father (Boman Irani) to build a well and also get his daughter (Minissha Lamba) married. This movie came at a time when the Hindi Film Industry was bloating us with stories of opulent, foreign-return Rajs and pseudo-middle class Rahuls. It sunk its hooks in the hearts of is intended audience, who wanted to see the reality of regular Indian lives.

Placing emotions of affection, womanhood, love, incest, devotion and loyalty in a brothel, this movie is essentially a humanistic story. It takes the apparently lowest rung of the society and presents it as the centre of the plot as heroes, as survivors. With Shabana Azmi’s impeccable performance as the‘royal’ Madame of the brothel and Smita Patil’s as the young, talented and ‘totally in love’ sex-worker this movie incorporates variegated and contrasting attributes into its characters.

A biographical movie about the extraordinary but, obscure feats and accomplishments of Bose, as he travelled from Nazi Germany to Japanese-annexed Asia to form the Azad Hind Fauj. An ambitious attempt and masterly endeavour of Benegal introduced India to the prowess of Sachin Khedekar, with a talented ensemble cast including actors like Rajit Kapoor, Dvya Dutta nad Kulbhushan Kharbanda. With the beautiful music and background score of A.R. Rahman, this movie also won the National Film Award for Best Film on National Integration.

It is a children’s film about an efficient and honest thief who takes a vow to live by the promises he gave to his guru. In the process, he encounters situations where lying becomes inevitable and his loyalty leads him to his own undoing. This tale, told with humour and simplicity, is grounded in profound complexities and dilemmas of human existence.

This movie is a tribute to Verghese Kurien, the milk man of India and was financed by 5,00,000 workers of Gujarat Co-operative Milk Marketing Federation Ltd. It tells the story of a veterinary doctor, who, with the help of a few villagers kick starts the White Revolution while overcoming the social and political obstacles in the way. In highlighting sensitive issues of seemingly dormant caste-based exploitation, the plight of women and political stronghold of a few vicious men in rural Gujarat, this movie deploys cinematic realism with utmost authenticity. Counted among the best performances of Smita Patil, this movie also stars a stellar cast including Naseeruddin Shah, Girish Karnad, Amrish Puri and Kulbhushan Kharbanda.

While most of the movies of Shyam Benegal are known for their unapologetic and unabashed lucidity, this one, though grounded in close to life characters and realism, is known for its abstract and surrealist form of expression. Based on a novel by Dharamvir Bharati, this plays as a lazy recollection of Shyam (Raghuvir Yadav) about his relater friend Manek Mulla (Rajit Kapoor) as he recounts his experience of involvement with three women (Rajeshwari Sachdev, Pallavi Joshi and Neena Gupta) at different points in his life. These women act as personification of midde class, affluent class and the poor.

This movie is one of the first movies that made the wave of New Cinema commercially viable. A story about a society thoroughly and entirely inflicted by the caste-system, this movie touches upon the topics of female sexuality, caste based exploitation and the debauchery of respected families and extreme unimaginable side effects of child marriage. The use of metonymies and indirect expression of profound issues makes this movie a blatant social comment. With Shabana Azmi and Sadhu Meher playing the Dalit couple used and abused by a sexually frustrated son of a landlord portrayed by Anant Nag, this movie will make you THINK.