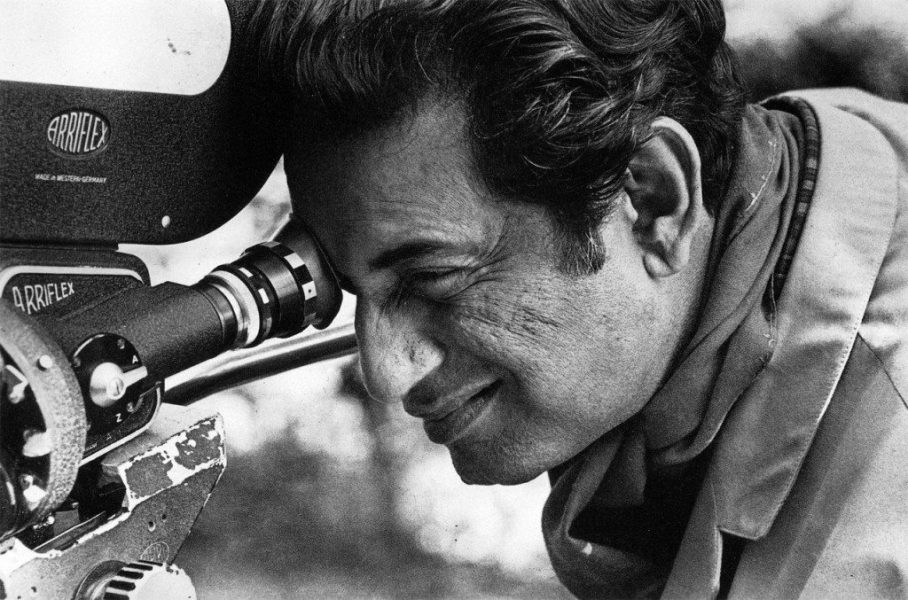 Long before Steven Spielberg rose to international cinematic eminence with ‘E.T. the Extra-Terrestrial’ (1982), he had conceived the concept of friendly aliens though the unrealized screen adaptation of his short story ‘Bankubabur Bandhu’ (Bankubabu’s Friend). Nearly a decade and a half before Martin Scorsese famously channelized the disillusionment of a Vietnam War veteran through ‘Taxi Driver’ (1976), he had successfully expressed the resentment of a taxi driver through ‘Abhijan’ (The Expedition) (1962). He was one of the first auteurs to use the carnivalesque literary style in his experimental movie ‘Aranyer Din Ratri’ (Days and Nights in the Forest) (1970). He was a rare reel genius whose contribution to cinema is manifold and probably impossible to sum up. He practically stood as the flagship Indian director for many years. Many of his works rate amongst the best in world cinema. Well, we are indeed talking about Satyajit Ray.

Ray was not just an auteur; he was a writer par excellence, a calligrapher, a music composer, a painter, a cinematographer and also an excellent editor. Deeply inspired by Italian Neorealism and the French New Wave, Ray started his career as an Assistant Director for the Jean Renoir-directed film ‘Le Fleuve’ (The River) (1951). Then came his seminal piece ‘Pather Panchali’ (Song of the Little Road) (1955) that propelled him to international limelight. He never had to look back from thereon. The legendary Japanese auteur Akira Kurosawa one famously remarked about Ray, “Not to have seen the cinema of Ray means existing in the world without seeing the sun or the moon.” To recognize his immense contributions to the field of cinema, he was awarded the Academy Honorary Award days before his death. He was also awarded India’s highest civilian honour Bharat Ratna by the Government of India. We at The Cinemaholic feel privileged to present you with the top Satyajit Ray movies, selected from his impressive filmography. You can watch some of these best Satyajit Ray movies on Netflix, Hulu or Amazon Prime. 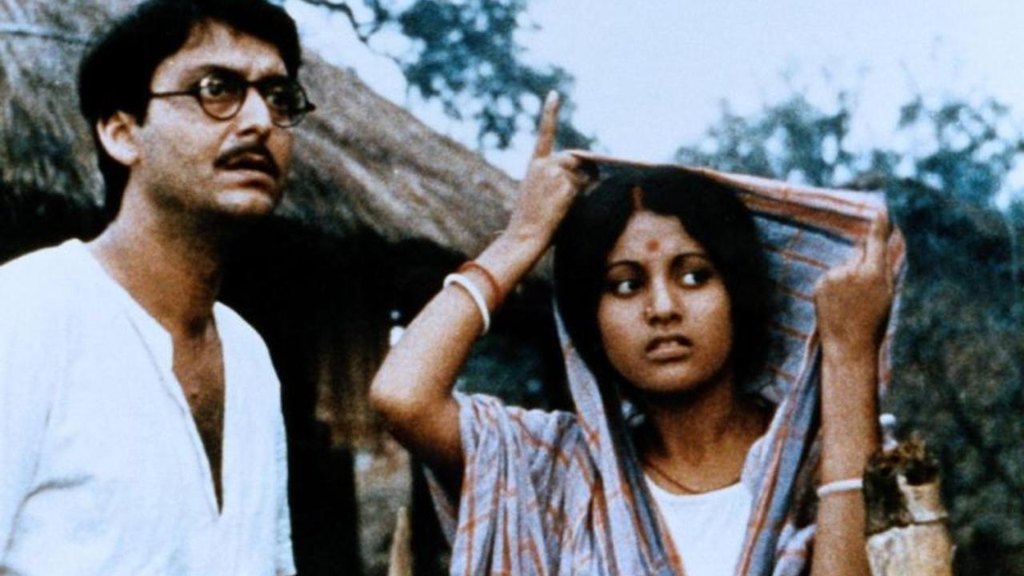 Some films are made to inspire, some to evoke laughter while there are many others that simply tell a story without any ingrained motive. ‘Ashani Sanket’, however, makes you stand up and take notice. It makes you shiver in horror. It is a movie that inspects the primal nature of humanity and starkly shows the sheer desperation that could be caused by hunger. Set during the Bengal Famine of 1943, ‘Ashani Sanket’, based on a novel by Bibhutibhushan Bandopadhyay, could very well be described as a celluloid document that uncovers the slow but gradual degradation of peaceful village life and accompanying humanity. It was awarded the Golden Bear for Best Film at the Berlin International Film Festival. 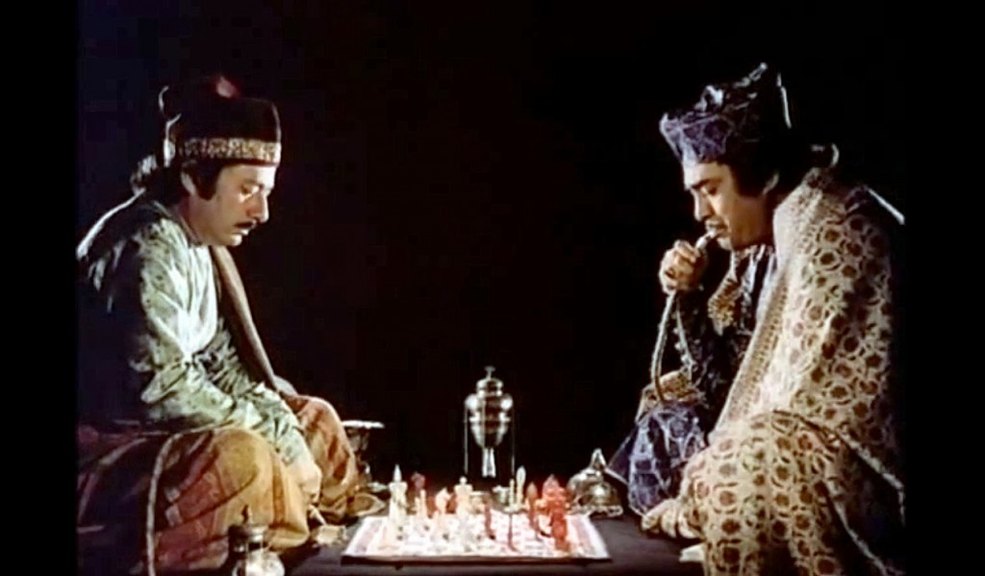 The sole Hindi feature film by Ray, ‘Shatranj Ke Khilari’, based on a novel of the same name by renowned Hindi-Urdu litterateur Munshi Premchand, is a masterful depiction of the idle and essentially futile ways of life enjoyed by the wealthy noblemen in Lucknow prior to the Sepoy Mutiny in 1857. With a deeply satirical undertone and a humorous running narration by Amitabh Bachchan, ‘Shatranj Ke Khilari’ also provides us with a historical account of the annexation of the Indian state of Awadh with British India. Visually stunning and thematically rich, ‘Shatranj Ke Khilari’ is an eternally underrated piece of work from the coffers of the master filmmaker. 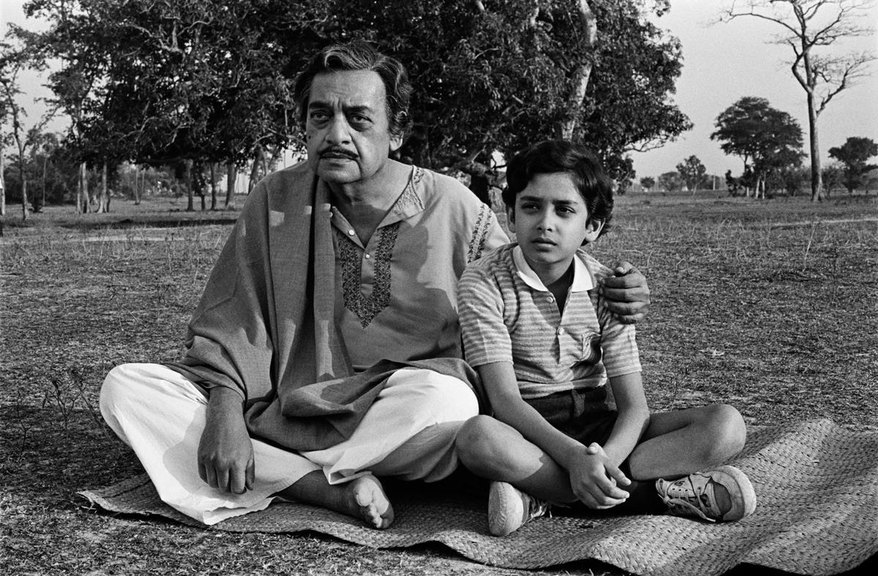 ‘Agantuk’ is a film that questions the very basis of what is civilized and what is uncivilized. The last film by the doyen is as much an obvious question mark on our preset convictions and notions as it is a riot on the accepted concepts of right and wrong. Without any apparent remorse, it wakes us from our socially palatable slumbers and compels us to think differently. Based on a short story by Ray himself, ‘Agantuk’ tells the story of an academically brilliant globetrotter who, in his quest to taste the nectar of family life, visits his niece’s family in Kolkata for a few days. This apparently causes a social and familial upheaval due to his socially unacceptable and seemingly weird ideas about the nature of civilization. 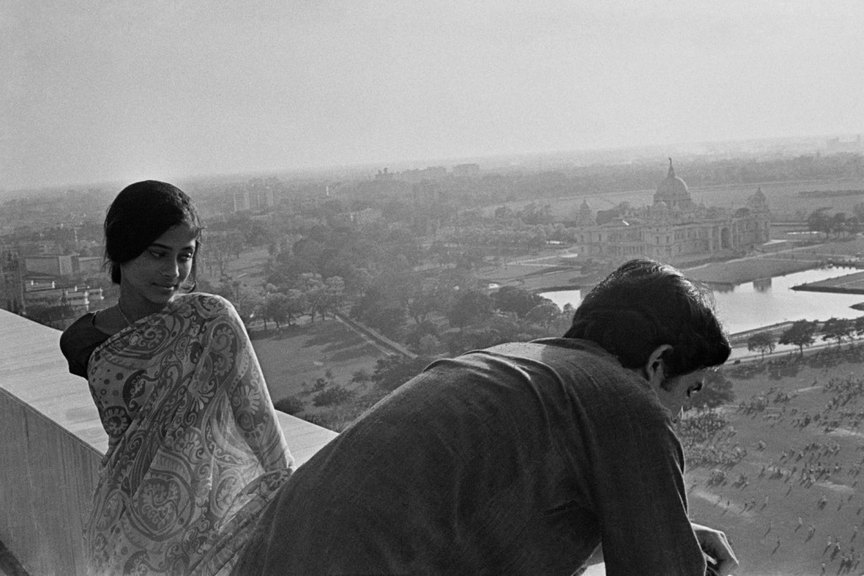 It wouldn’t be an overstatement if we were to say that Ray was a product of his environment. Kolkata, the city of joy, then Calcutta is probably the most important ingredient of that environment. During the first few decades after India gained independence, the once flourishing Calcutta had practically metamorphosed into a decaying urban centre. On one hand, the city was grappling with the influx of refugees from the erstwhile East Bengal subject to partition and on the other it was battling with typical Third World problems such as severe unemployment, a staggering economy and a dilapidated post-colonial infrastructure. To top it all, the city was reeling under the impact of ultra-communist insurgency. To put it in simple words, Calcutta was going through a hell. This served as the perfect backgrounder for the ‘Calcutta Trilogy’. All the three films of the series unapologetically portrayed the ugly underbelly of the city under siege and essentially had a post-modernist approach. While ‘Pratidwandi’ was based on a novel of the same name by the renowned Bengali litterateur Sunil Gangopadhyay, ‘Seemabaddha’ and ‘Jana Aranya’ were based on novels by Shankar, another very popular Bengali writer. In all the three films, the protagonists are shown to be suffering from inherent identity crises with their respective environments playing primordial roles. 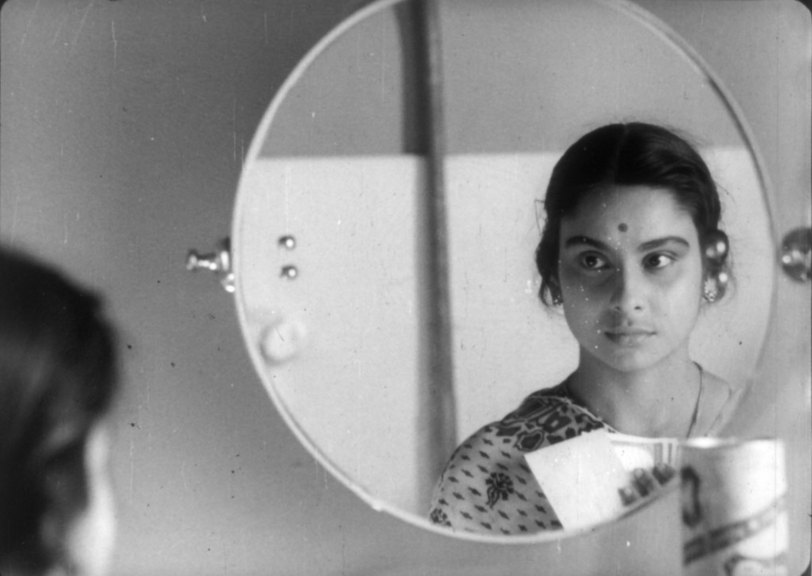 Richly appreciated by such scholars of the art as Roger Ebert, ‘Mahanagar’ marked the emancipation of Ray as a realist. With the city of Kolkata (then Calcutta) acting as the archetypal setting of the movie, ‘Mahanagar’ refreshingly deals with the seemingly simple yet emotionally complex nature of the Indian middle class. It needs to be remembered here that the country was going through a major modernist transformation when the film was made. Ray captures this transition with a rare aplomb and through a quintessentially feminist lens. The film also showcases a battle between generations in addition to treading in such murky territories as patriarchy, traditionalism, feminism and the propensity to adapt oneself to the changing environment. It was based on a short story called ‘Abataranika’ by renowned Bengali author and poet Narendranath Mitra. 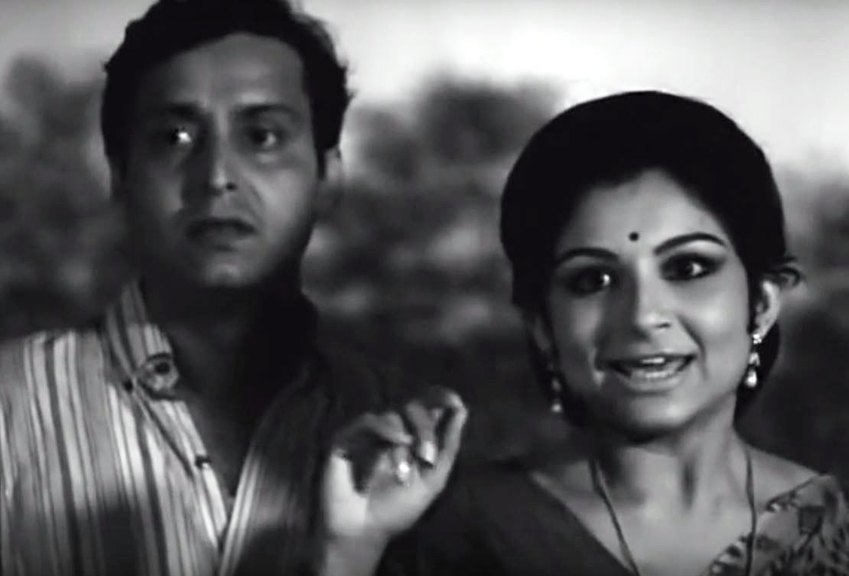 A deeply experimental work by Ray, ‘Aranyer Din Ratri’ is one of the first Indian movies to be completely set in the forest. A film that explores the themes of fidelity, narcissism, love and loss through a seemingly hazy perspective; ‘Aranyer Din Ratri’ is as much disturbing as it is moving. Based on a novel bearing the identical name by Sunil Gangopadhyay, ‘Aranyer Din Ratri’ actually creates tension through the subtle employment of humour. It follows the exploits of four friends who set out on a pleasure trip to the forests in Palamau in modern Jharkhand (then in Bihar). The movie inspired a lot of future filmmakers and a sequel known as ‘Abar Aranye’ (2003) by Goutam Ghose, one of the more well known contemporary faces of Bengali cinema. 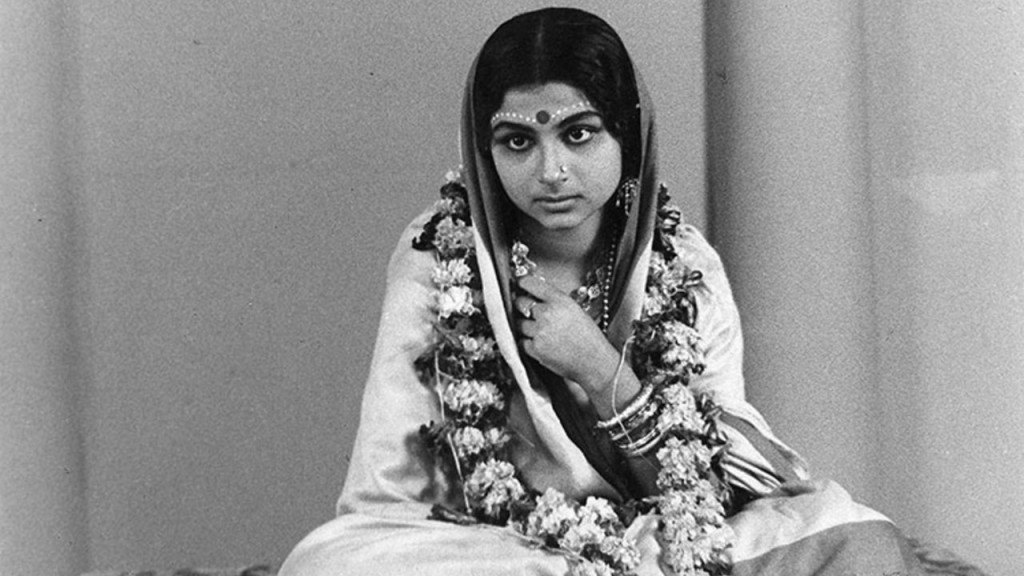 Adapted from a short story by renowned Bengali author Provatkumar Mukhopadhyay, ‘Devi’ is a profound piece of work that explores the preeminence of superstition in 19th-century Bengal through a magnifying lens. Intensely humane yet suave, the movie was globally appreciated. The film follows the story of a newly-married woman and her supposed transformation to the human incarnation of Goddess Kali thanks to her deeply religious father-in-law. ‘Devi’ also touches upon such concepts as strict dogmas, love, tragedy and loss. 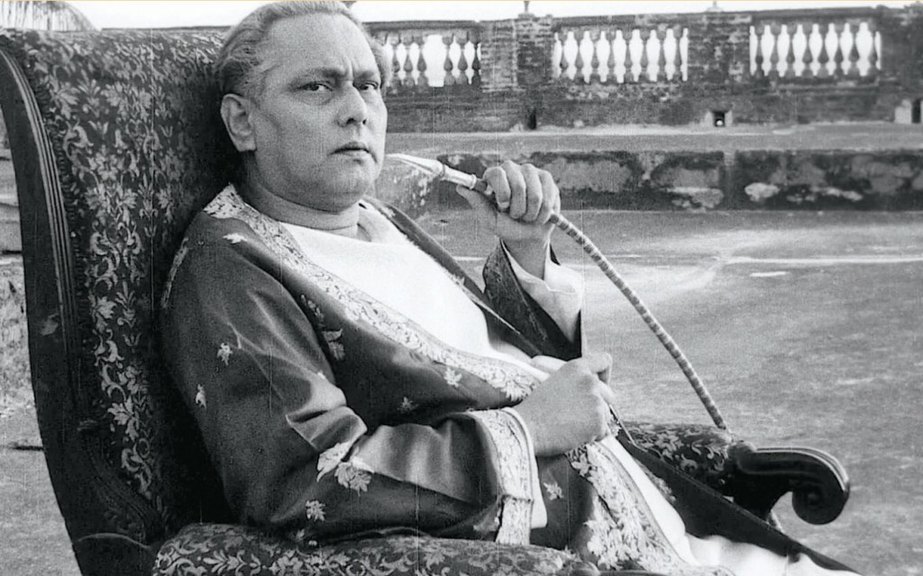 A film that cemented the international credentials of Ray after the path-breaking success of ‘Pather Panchali’ (Song of the Little Road) (1955), ‘Jalsaghar’ is cinema at its very best. It masterfully depicts the gradual decline of the feudal system in Bengal. Nuanced, layered and thematically rich; the movie chronicles the story of a Zamindar (landlord) who loves to dwell in the past and pass his time idly listening to Indian classical music. With globally recognized Sitar maestro and one of the most well known faces of Indian classical music Ustad Vilayat Khan composing the music for the film, it is indeed a audio-visual delight. The movie; based on a short story of the same name by legendary Bengali litterateur Tarashankar Bandopadhyay; deals with such complex subjects as pride, past, status, contentment and proclivity. 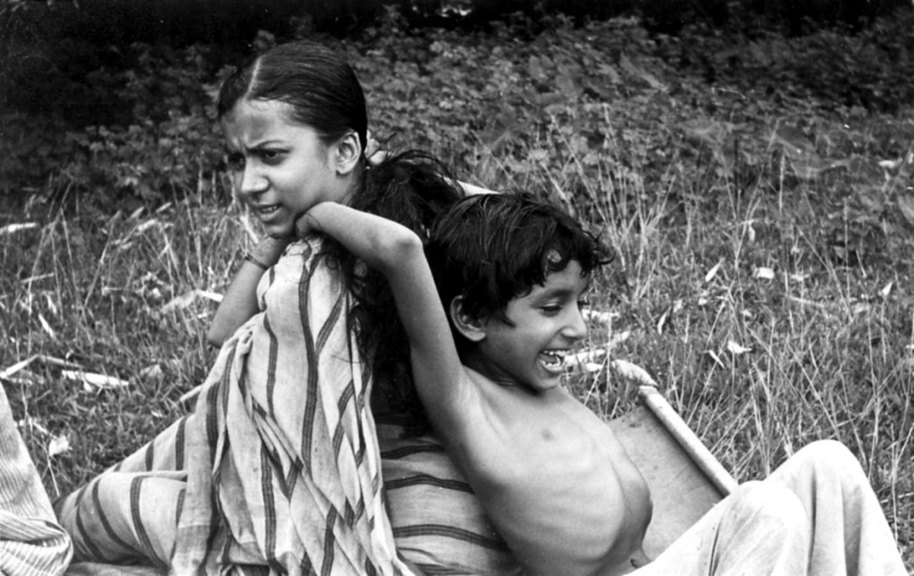 There is a reason why we at The Cinemaholic decided to mention the entire trilogy instead of the singular piece ‘Pather Panchali’. While ‘Pather Panchali’ is the most well known work in the trilogy, it has to be remembered that it is a sine-qua-non to see the entire trilogy to actually understand Ray’s vision. Let us just say that the trilogy is poetry on screen. Universally applauded, ‘The Apu Trilogy’ established Ray as the most potent force of Indian cinema. It firmly stands as a cinematic landmark in its own right – a work of art that changed the Indian cinemascape forever. What is the trilogy all about? To put it in a nutshell, it is about the trivialities of daily life. Never before had an auteur delved so deep into the dynamics and redundancies of daily life and in such a profoundly humane fashion. While ‘Pather Panchali’ establishes the narrative and portrays the childhood of Apu, ‘Aparajito’ follows him till his adolescence. ‘Apur Sansar’ showcases the adulthood of Apu and his plunge into family life. The trilogy is based on a couple of books by Bibhutibhushan Bandopadhyay, one of the most acclaimed Bengali litterateurs. Today ‘Pather Panchali’ is widely regarded as one of the best movies ever made and has been repeatedly mentioned in numerous best movies lists. Not to mention that it deservedly claimed the Best Human Document award at the Cannes Film Festival in 1956. 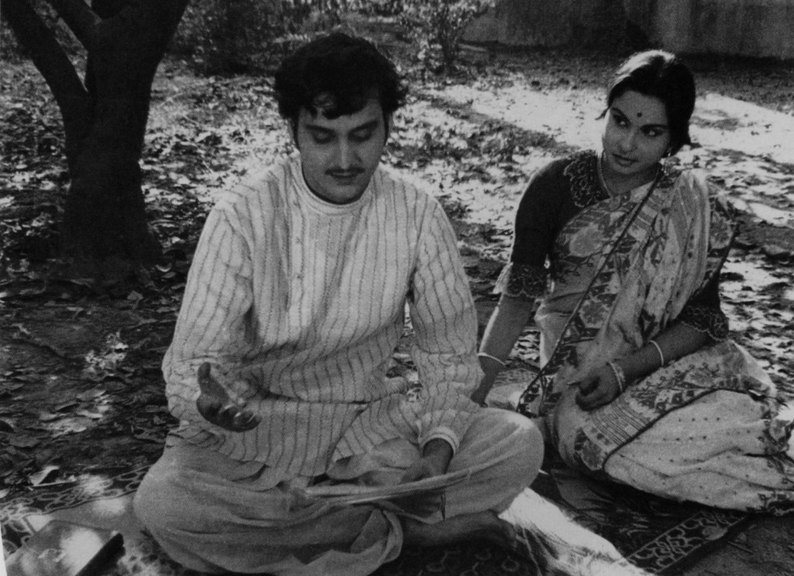 As for us at The Cinemaholic, ‘Charulata’ is by far the best piece of work from Ray’s stables and we have definite reasons to believe so. ‘Charulata’ is probably the boldest statement from the coffers of Indian cinema. Known globally as ‘The Lonely Wife’, the movie perfectly embodies the transitioning Bengal towards the later part of the nineteenth century. This is notwithstanding the fact that the dominant critical discourse has more often than not delineated it as a romantic fable involving a married woman and her brother-in-law. The film, based on a semi-autobiographical 1901-novella by the literary genius Rabindranath Tagore, could very well be described as a feminist statement, something that was rather rare in the Indian context at that time. The movie is beset with countless elements and allusions that could make anyone sit up and take notice. Not only was the film a distinct aberration in the Indian movie-making circuit, its language was decidedly universal.