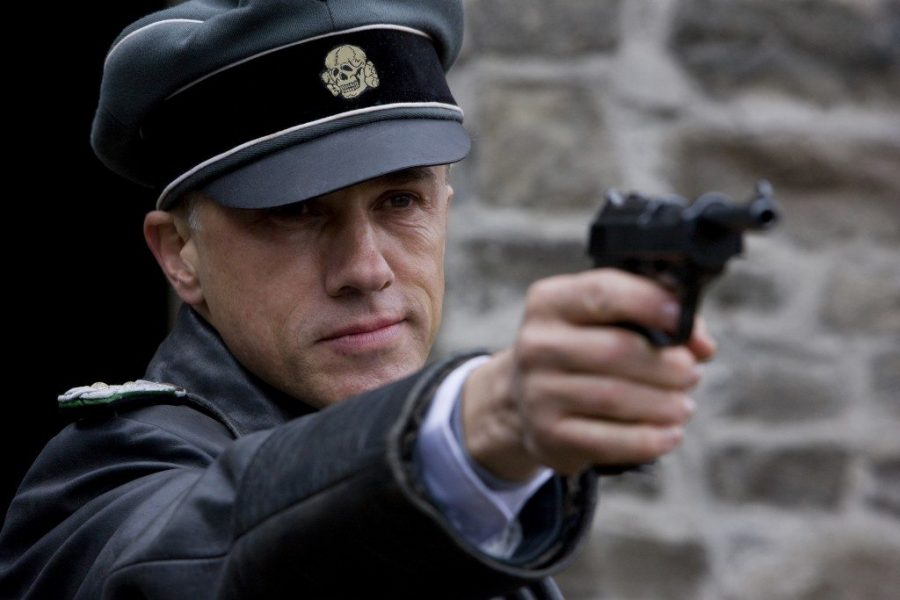 Quentin Tarantino is a director who is known to have scripted some of the best written characters in cinema. The eccentricity in his writing has often produced wild, quirky and quite often, unsympathetic characters that are compelling to watch. His films have given us characters with traits of traditional film heroes, brutal psychopaths and eerily hilarious, morally carefree people. Quentin Tarantino film characters work like a playground for an actor with fine skills to explore and play with his craft. Without spoiling much of the fun that is in store, let me present to you a list of top Quentin Tarantino characters.

Dr. King Schultz, the former dentist who has now turned into a bounty hunter, is the unsung hero of ‘Django Unchained’. While Django is the film’s protagonist and hero, it is Dr. Schultz’ sense of humanity and justice that sets him free from slavery and allows him to reunite with his lover. Schultz, portrayed by Waltz, has an amicable demeanor and has a taste for wit and humor apart from being exceptionally clever. While his initial thoughts on Django remains unknown, he gradually learns about Django’s true love for Broomhilda and helps him locate her and save her from a brutal plantation owner at the cost of his own life. 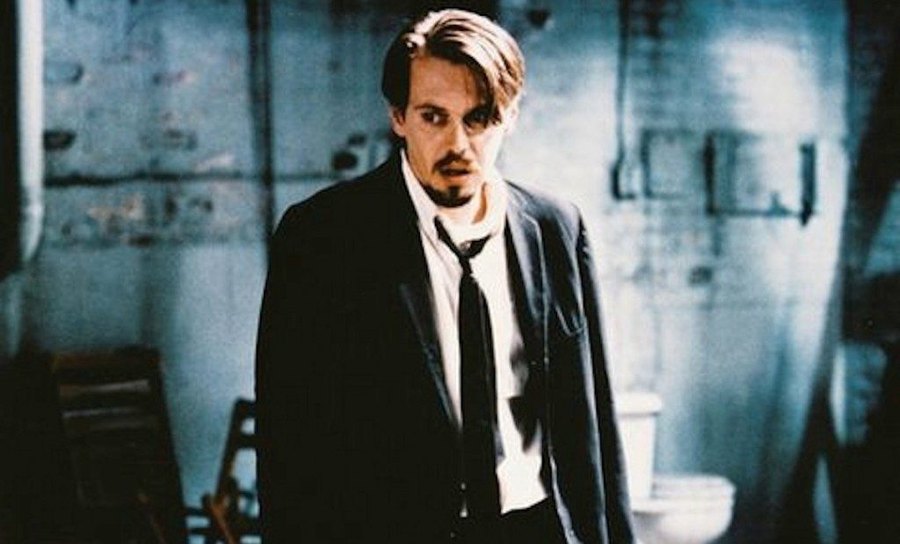 Mr. Pink is the funniest character in ‘Reservoir Dogs’. He is at times stupid and annoying but is undeniably entertaining. He hates tipping waitresses and vehemently objects to his given name, “Mr. Pink”. He hardly cares for anyone else other than himself and can get really violent. Steve Buscemi grabs the role and makes it completely his own. Tarantino incorporates his classic dark humor elements to the character, making it an indelible one.

A brutally sadistic villain, “Mr. Blonde” could well be regarded as one of the best villain characters of the 90s. Featuring in arguably the most violent scene in a Quentin Tarantino film, Blonde has two sides to his character. Vic Vega (his original name), is introduced to us in the beginning of the film as the coolest character among the lot but later on we are revealed of his dark, sociopathic traits. Interestingly, he represents loyalty and professional conduct in the film among a group of hardcore criminals. He finds violence as something of a necessity and a way of expressing his true, dark self. 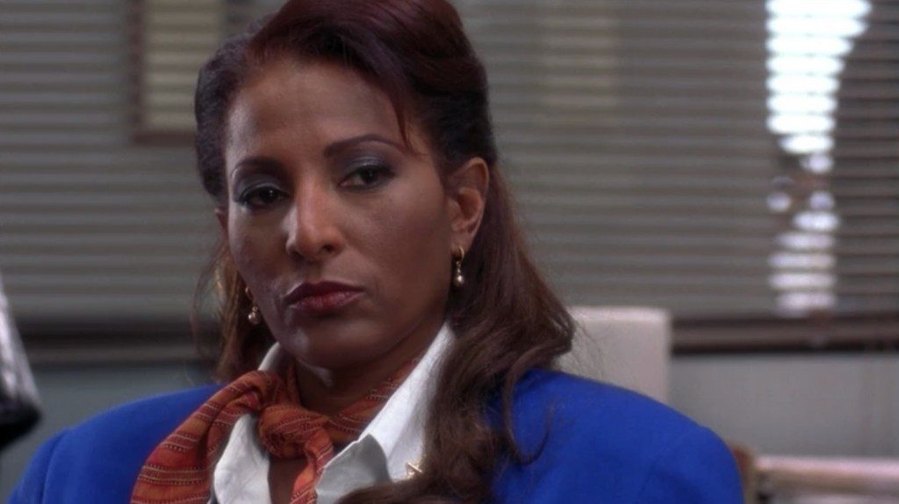 ‘Jackie Brown’ is quite possibly the most underrated work from Quentin Tarantino. Starring Pam Grier in the titular role, Jackie Brown is a woman who stood up against all odds and fought her way to victory. Jackie might just be the only Quentin Tarantino character that may seem more relatable in an everyday life. She is so unlike the other Quentin Tarantino characters and that is what makes her character so special. She is a broken woman in many ways, trying to break free from the clutches of a deadly gun runner while having to endure an extremely tiring job. It is her plight and the way she deals with it, showing great intelligence and courage, that makes her journey and the movie an exciting watch. 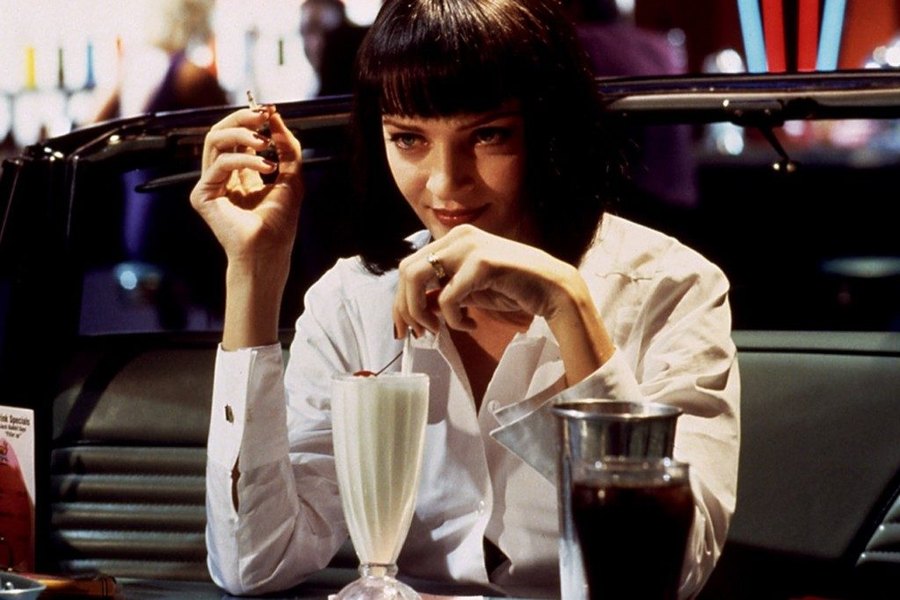 That image above tells a story. It represents an era. Mia Wallace is one of the many iconic characters in ‘Pulp Fiction’ and the famous poster image of her smoking evokes nostalgia of a bygone generation and era. As the wife of a highly powerful and feared gangster, Mia Wallace is a true enigma in the film. The film never really explains her mysterious “foot massage” story. She is seemingly infatuated with Vincent Vega and enjoys her time spent with him while her husband is out of town. She appears to be a woman who doesn’t really like the kind of life that she lives with Marsellus and loves to freak herself out more often. Mia Wallace continues to be regarded as one of the best written female characters of the 90s. 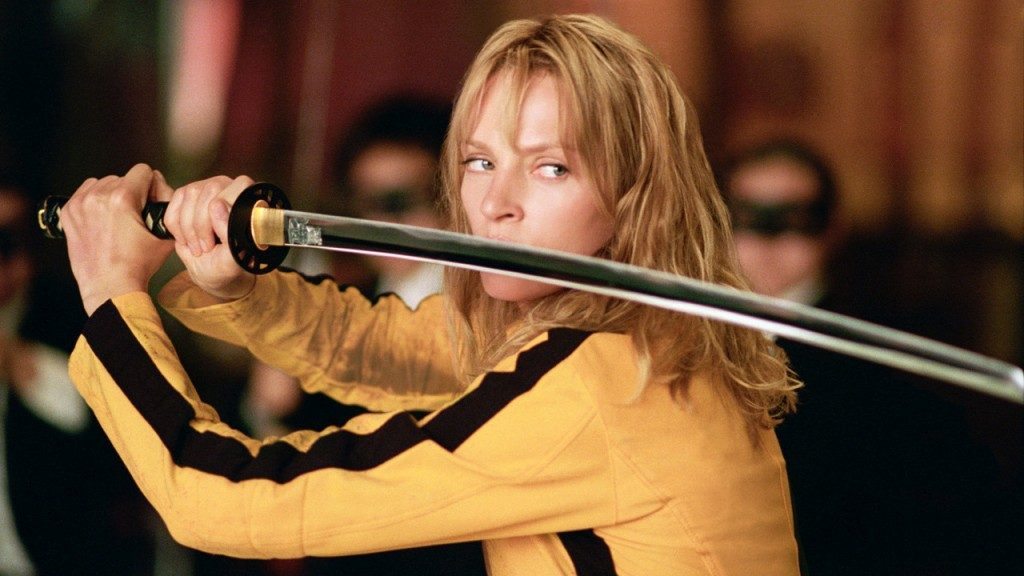 Another memorable female character on the list. “Beatrix Kiddo” has all the elements of a classic action hero. A former member of an assassination squad, Kiddo is a master of Kung-Fu and is extremely athletic and skilled. It is her relentless determination and astonishing courage to get her girl back from her ex lover that forms the crux of the story in ‘Kill Bill’. She is a woman who could outfight a hundred people but whose only weakness happens to be the genuine love she has for Bill. Her motherly love triumphs in the end as she kills Bill using the five point palm exploding technique and leaves with her kid to start a new life, leaving us with a memorably cinematic female action hero to cherish for a long, long time. 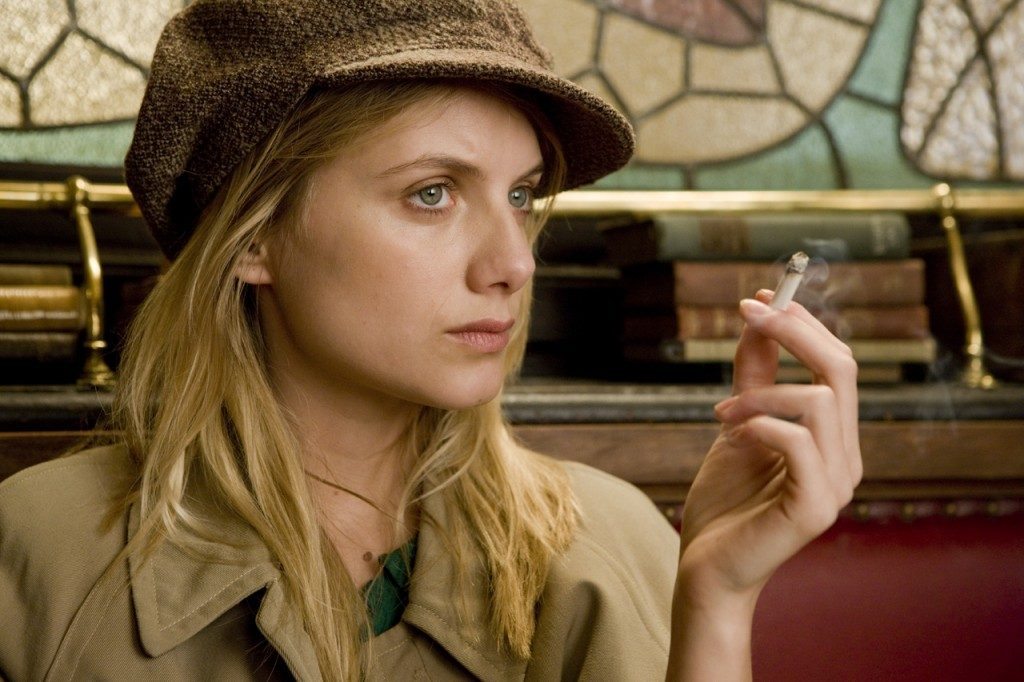 Oh, didn’t we all fervently root for this gorgeous young woman in ‘Inglorious Basterds’! What makes Shosanna Dreyfus a character of such beauty and power lies in her own background. Her parents were killed by the Nazis in France when she was merely 10 or 12 years old. Maybe her teenage life of pain and solitude made her the strong, fiercely independent woman that she went on to become later in her life. In her, Tarantino gave us a character we all wished had existed somewhere and could have done the unthinkable of taking revenge on the cold blooded Nazis. She is gorgeous, intelligent and tough but deep inside she is so delicate and vulnerable like a child. And therein lies the beauty of her character.

Probably, the most chilled out, laid back, fun-loving gangster you’ll ever see. Quentin Tarantino rejuvenated John Travolta’s career with this iconic comeback role in a film that consolidated Tarantino’s stature as one of the best American filmmakers of the 90s. Vincent Vega is a hilarious character with a careless and carefree attitude in life. In fact so careless and carefree that he could accidentally shoot a person to death. His perspectives and outlook towards things in life starkly contrasts with that of Jules’ perspectives. He is a man who hates complicating things and would often keep things simple. Vincent’s character is the face of all the comedic elements in ‘Pulp Fiction’ and together with Jules Winfield, gave us one of cinema’s most memorable duos of all time.

Has there ever been a villain as likeable and charming yet so evil and wicked as Colonel Hans Landa in recent times? The answer would probably be a big, straight “NO”. And rightly so. Landa is man of exquisite class and elegance who takes great care to please every person he meets with his deceptive outward appearance and sophisticated mannerisms. His razor-sharp glance, sinister smile and blazing charisma ensure that it is virtually impossible to take your eyes off him. Part of the credit here goes to Christoph Waltz’s iconic portrayal of the character. Hans Landa is incredibly smart, cunning and ambitious. In spite of his seemingly friendly approach, he never lets people get past him and is highly confident and firm in his convictions and abilities. Arguably, the best negative character in a Quentin Tarantino film.

Epic could just be the word that might describe this hell of a character. A smashing performance by Samuel Jackson that turned him into the iconic superstar that he is today, Jules Winfield is without a doubt the most fascinating character Quentin Tarantino has ever written. Jules somewhat represents the central themes that Pulp Fiction deals with. It is Jules’ self-realization and break out from a shell of violence that his life has been and his quest for self-discovery and redemption that paints the major themes depicted in the film. It took only a miraculous flash of a bullet that very nearly killed him, for him to introspect on his actions and his lifelong misinterpretation of the Holy Bible. Tarantino redeems him in our eyes when he forgives the couple who were planning to rob the restaurant and lets them go with the money as he finally accepts his true identity as “the tyranny of evil men”. Undoubtedly, one of the greatest characters ever written in cinema.