12 Best Television Commercials of All Time 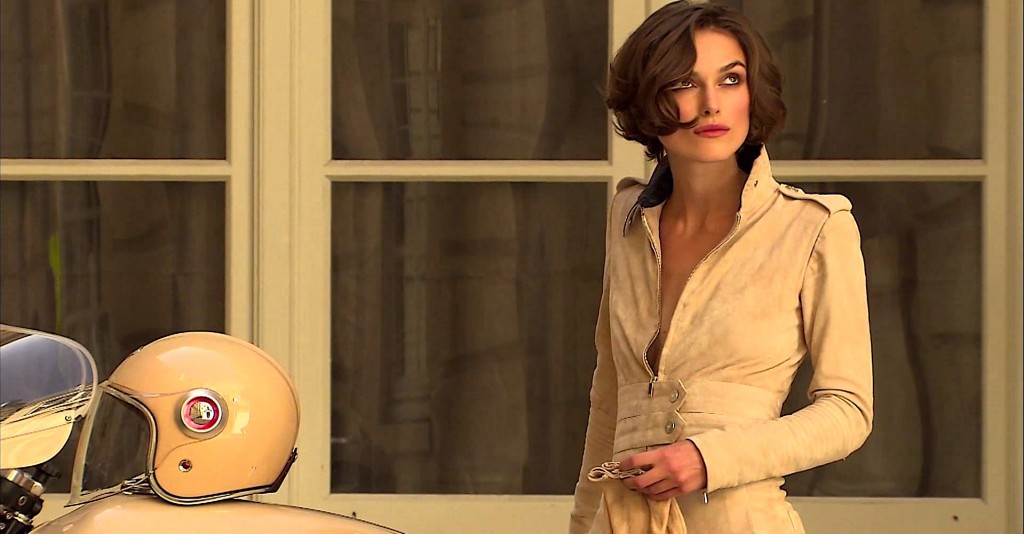 TV commercials are a great way of exploring filmmaking because it demands succinct art. The message has to be delivered in the most brilliant way with time being the biggest challenge. Some filmmakers indulge in commercials as it happens to be their first love, some do it for the money and some do it as a mere promotional activity for their movie. Sometimes, there is convergence of these motives but that’s rare. Here is a list of top TV commercials ever.

Micheal Bay in his own style replaced the laces and the sensuality out of the Victoria Secret commercials with notions that are excessive and loud. In the background of a heart pumping music, he showcases Rosie Huntington-Whitley and her entourage. The models aren’t on the beds anymore, nor they are running and jumping into the pool. They are making their poses in the backdrop of explosions and speed junks. Michael bay gives a dash of his adrenaline junk to this video. He perfectly combines the two things that gets any guy going: hot women and hot action.

Joe Wright, known for his beautiful array of literary film adaptations like ‘Pride and Prejudice’, ‘Atonement’ and ‘Anna Karenina’, directed a commercial for Chanel Coco with his muse Keira Knightley. The commercial reflects a great sense of longitudinal camera work which Joe Wright is known for. But that is the only common thing between his movies and this commercial. Other than that he makes revolting changes with soft colors, chrome tints and Polaroid frames. A director who never used Polaroid frames even in his adaptations of early century worlds but then used it in a commercial, says a lot about the amount of money that must have went into getting him onboard. Joe Wright, has a made a very sexy and sensuous commercial with a hint of brazen attitude that reflects in the ways of Keira Knightley.

This commercial was a perfect launch before the release of his movie ‘Crouching Tiger, Hidden Dragon’. It is basically a teaser to build on the movie’s genre with a product gratifying end. The commercial is filled with martial art sequences orchestrated by the protagonist of the movie. It also has a hint of humour in the form of the chef and his entourage. The commercial not only worked for the movie but also worked for Visa wherein people started using their Visa cards for dining out. The commercial, with its subtle message, was so entertaining that it worked for the company.

David Lynch made a commercial for Playstation 2 in 2000, though it never speaks anything even remotely related to The Sony Playstation. The imagery used in the commercial is a testament of his movie ‘Eraserhead’. Lynch uses the same texture and similar frames to direct it. The advertisement was appreciated but it did nothing for the Sony Playstation 2 sales and the company had to employ another commercial to get the message out. This commercial is a resounding testimony of the Art getting bigger than its purpose. David Lynch hardly directed any commercial after that. I guess he was trying to make a statement on the commercial aspect of Art-forms.

This Wes Anderson commercial gives a peek into his movie making world. The commercial right from the start is seeped into the style of directing that we have always known Wes Anderson for. You can also see how Anderson regulars, actor Jason Schwartzman and cinematographer Robert Yeoman, easily fit into his vision.  The commercial was a part of “My life, My Card” campaign for American Express and the association of Wes Anderson did a lot of good for their business; especially because the company’s target audience were the ones that followed Wes Anderson and his movies.

The rockstar of short films and director of films like ‘Her’ and ‘Being John Malkowich’, Spike Jonze has made quite a few commercials and they have all been very successful. Jonze made a commercial for Gap announcing their rebranding and the new collection. The commercial literally reflects the outlandishness of Jonze’s imagination and that makes it a very interesting watch. He uses “Keynote” form of filming, an art-form that signifies the use of destruction to exhibit the birth of something new. The commercial didn’t win any award but gave a huge boost to Gap’s sales figures. Later, many other brands like Ikea, Fubu etc used similar concepts for their commercials.

This commercial not only showcases the product/company but it does so with the style of Sergio Leone’s direction that we have always know him for. His love for the western movies and the sequenced background score is quite evident throughout the commercial. It pitches the Carmaker as a gladiator trying to break out of the shackles by its brute power. For its time, the VFX was quite good and looks authentic. It smoothly illustrates every aspect of the car without being too obvious about it. Unfortunately, this commercial was the last directorial venture for Sergio Leone and hence it made the commercial all the more special.

Michel Gondry has done many commercial campaigns and each one of them has been well received. But the commercial for Smirnoff stands apart for the transitions. Gondry injected it with his style of movie-making so much so that many great artists have been inspired his style. The commercial is essentially a chase, where the room transforms into a lane, a lane transforms into a window and a window transforms into a carriage, and so forth. The structure of the commercial is like traveling on a hoop and it makes for a fun ride. The guideline for the commercial given to Gondry was “Action with zest of thrill” and he did exactly that. He made a commercial that became an identity of the brand and enhanced the value of the product.

Mark Romance is a legend in the music video industry. He has done some groundbreaking work with music videos like “Hurt” (Johnny Cash), “Closer” (Nine Inch Nails), “Can’t Stop” (Red Hot Chili Peppers), “Bedtime Story” (Madonna), and “Scream” (Michael & Janet Jackson). In this commercial, he has exhibited the world through the lens of cultures. He has used some great vibrant outfits and gears in the backdrop of a battlefield. The whole setup in all its incongruity seems like a single intriguing piece. It builds up well towards the main theme of the commercial: The masked protagonists of the games. It is not only visually engaging but it has a sense of art attached to it too, which makes the commercial even more rich in its theme.

Alejandro doesn’t perplex the audience with this commercial like he does with his movies. He has directed this commercial with all the indulgence he could think of. Huge stadiums, ballerinas in football attire, The Simpsons and the political montage of U.K’s football fanatics. He displays a peripheral form of branding as the commercial never makes a statement about Nike. It only speaks about the three football stars, Cristiano Ronaldo, Wayne Rooney And Ronaldinho writing their future on the football field and Nike uses this association to make their statement. Alejandro perfectly executes this art in all glitz and glamor with a bit of his sense of humour. Hence, it won the prestigious Cannes Award for the best commercial in 2011.

The director Ridley Scott known for his imagination and path-breaking imagery directed the very first commercial that introduced the arrival of Apple Macintosh in 1984. Scott uses the scene as described in the book 1984 by George Orwell as its foundation. The scene speaks of a world which is guided by the psyche of technology and has made every man servile. The technology keeps every man in shackles. But the arrival of Apple Macintosh will liberate them and 1984 won’t be the same as described in the book. Scott neither mentions the book nor the author but the visuals created  by him, are sufficient to establish the ground and Apple’s intention.

This is a very powerful commercial with some provocating images. Aronofsky very cleverly uses people and their saying that “They are only going to do meth once” and sketches some bold images. He directed this campaign for “The Montana Meth Project” to spread awareness about the addictiveness “Meth” and things that it makes people do to quench their thirst. The campaign consists a montage of 30 second advertisements showcasing the debilitating effects of Meth on people and their lives. The message is as strong as it can get and the ad makes reminds you a lot of  ‘Requiem for a Dream’. The campaign deservedly won every award and was a huge success in its Anti-Meth campaign.