Is Betty a True Story? 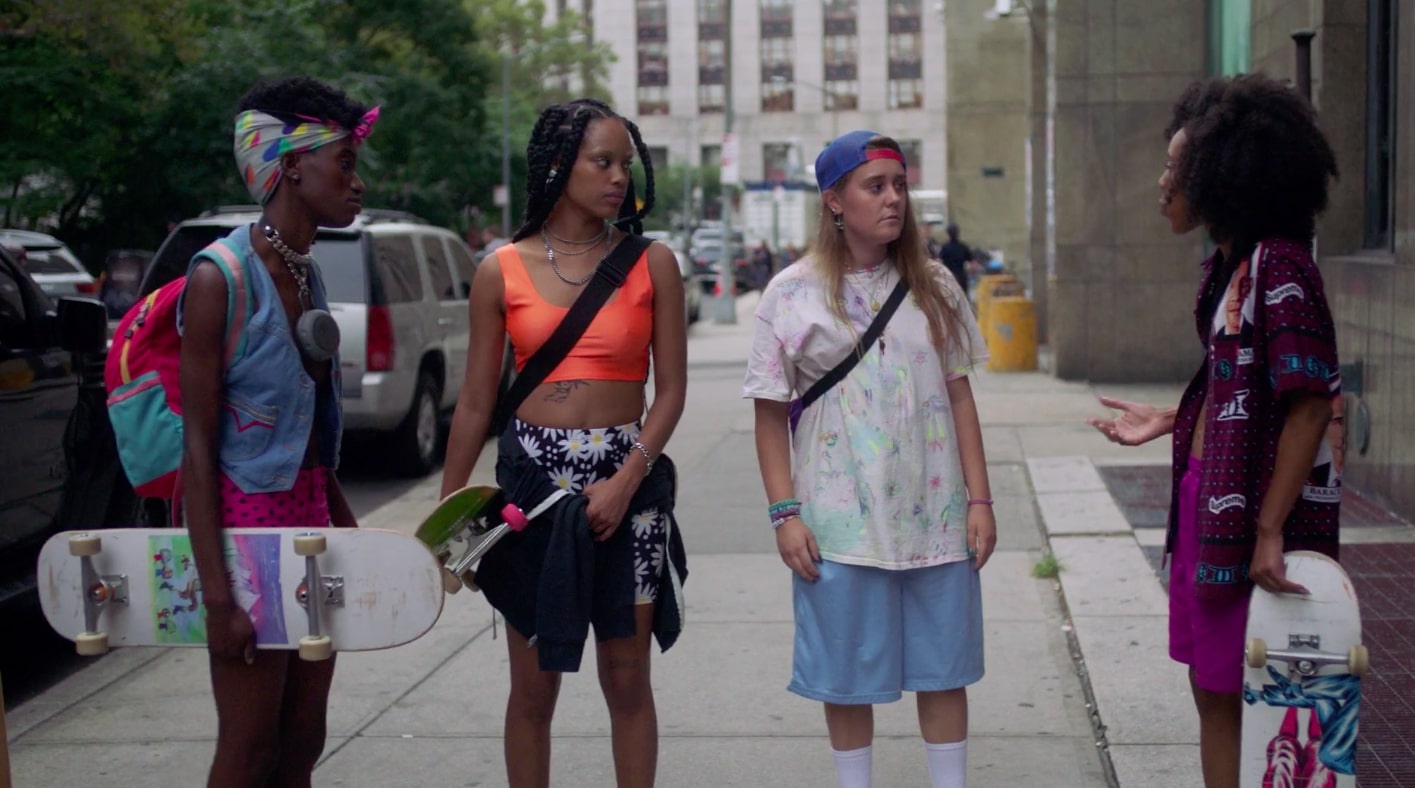 The HBO series ‘Betty,’ directed by Crystal Moselle, is based on a group of women skateboarders in New York. The series is a collective narrative of their presence in the sub-culture they aim to elevate from merely being a male-dominated field. ‘Betty’ also attempts to serve as an insightful look into the lives of women, who evolve both individually and socially with their mutual love and passion for skateboarding. Some of its characters that hinge on punk and gangster aesthetics serve as a real testimonial to the street culture of skateboarding.

Is Betty Based on a True Story?

No, ‘Betty’ is not based on a true story. It is, however, borrowed from the collective experiences of its cast who are real skateboarders. Director Crystal Moselle initially met Nina Moran and Rachelle Vinberg on a train and offered them a film project. This eventually led them and certain others to form a skateboarding team called ‘Skate Kitchen’ followed by a film titled the same. The movie, which is a teen drama is a fictional and comical take on their growth as female skateboarders.

The film was received quite well by the critics, which led to its subsequent series transformation. ‘Betty’ more or less serves as a sequel to ‘Skate Kitchen.’

The term Betty has evolved throughout the course of history. It initially started out as a slang that referred to attractive women. This then became associated with women in skateboarding. Moselle pins down this idea in HBO’s Behind the Screen, in which she said:  “The term “Betty” in the skate world has gone through these different transformations. You know, at one point, it was like a skate Betty was a girl who skateboarded. And then it goes to the girl who hung out with skateboard dudes.”

Moselle’s basic idea is to reformulate the term to show women’s authenticity in this particular subculture of skateboarding. More often than most, it is a male-dominated field, both in reality and representation. This then easily translates to its culture. The series, thus, attempts to break this divide and give it the women’s perspective and contribution it needs.

Another subtle yet important social factor the series brings to the forefront is the friendship and unity among women. It is founded in their collective desire to fight patriarchy to be able to have their own voice. The series then calls to attention the differences in their backgrounds, sexuality, and ideologies, which doesn’t discriminate but blends.

‘Betty,’ in this manner, seeks to showcase the melting pot of subcultures that skateboarding actually is. Though something like this may not be conventionally understood, the series tries to keep it real through the lives of its characters. The drama series is also infused with comedy that serves an added purpose to showcase their goofy, playful, yet meaningful ventures.