Who Is Bhushan Bhatt In Real Life? Where Is He Now?

‘Scam 1992: The Harshad Mehta Story’ is a Hindi-language biographical web-series that revolves around how Harshad Mehta, along with a few others, managed to shake India to its core by indulging in a practice that created one of the biggest financial scams in the country. Uncovered by stellar journalists and the Central Bureau of Investigation, this 10-part SonyLIV series chronicles the 1992 scam.

Directed by Hansal Mehta, it also showcases the consequences, and how it all played out. One of the key players, as mentioned, is Bhushan Bhatt, who quite honestly stunned us all with his actions. Curious to know more about who he is in real life and where he is now? Let’s find out.

Who Is Bhushan Bhatt? 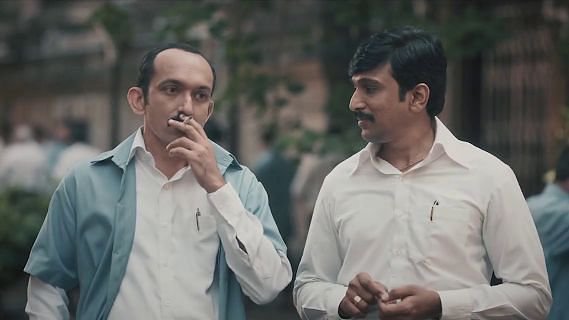 In ‘Scam 1992: The Harshad Mehta Story,’ Chirag Vohra plays the role of Bhushan Bhatt. And although this right-hand man of Harshad Mehta was not mentioned by name anywhere in Sucheta Dalal and Debashish Basu’s 1993 book ‘The Scam: Who Won, Who Lost, Who Got Away’ (from which the series is adapted), it is believed that Bhushan’s character is based on a real-life former stockbroker by the name of Ketan Parekh.

Ketan Parekh, a chartered accountant by practice, joined the stock business as it was a family profession, passed onto him by his father. Once there, Ketan got the attention of Harshad Mehta, who took him under his wings and taught him all the nooks and crooks of the exchange. With this knowledge and intellectual abilities, garnered from his previous work, Ketan got acquainted with the business circle and soon became one of the bulls of the exchange.

Every move made by him was closely monitored and followed by some of the prime investors in the market, as most believed that anything he touched would turn out to be a gold mine. After all, his portfolio comprised ten handpicked stocks, all of which did wonders in the market before Ketan’s scam came to light. Taking advantage of the lack of regulations in the Kolkata Stock Exchange, Ketan had ruled the market and basically had a say in how it all worked.

Where Is Ketan Parekh Now?

Ketan Parekh used the strategies of circular trading and pump and dump, with the help of pay orders, to make his scam as successful as possible. By the time he fell, nearly 1.3 million pay orders were issued for/by him, and his loan amount, pledged to him by financial institutions like HCFL and UTI, accumulated to Rs. 750 million. Along with that, there is also the massive amounts he bagged by manipulating promoters and owners of companies to make their share prices go up.

Ketan Parekh was arrested in March 2001, after the share market crashed by more than 176 points, causing investors to lose more than Rs. 20,000 million. He was subsequently prohibited from entering into the trading business for 15 years, till 2017, and got sentenced to serve two years behind bars by a special CBI court in Mumbai. Ketan Parekh was still in judicial custody in 2018, according to The Hindu. Unfortunately, though, there have been no new reports on him since then, so nobody knows where he is or what he’s up to now.