Where Was Big Daddy Filmed? 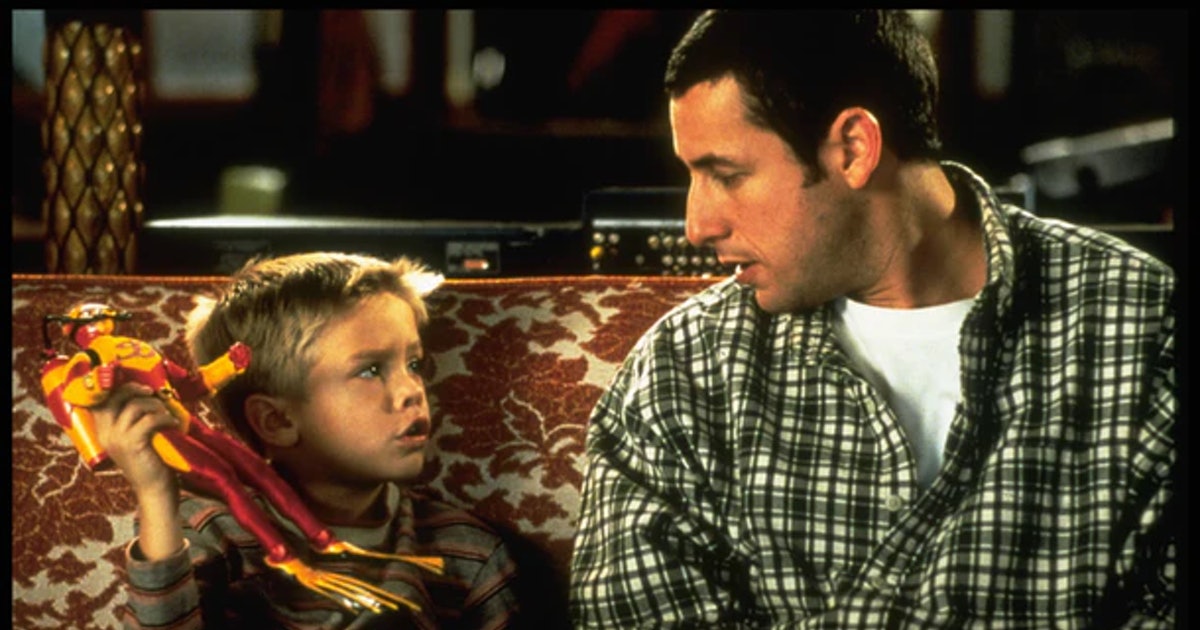 The Adam Sandler film is a story of a 32-year-old who goes from being irresponsible and lazy to a reliable adult capable of caring for people in his life. ‘Big Daddy’ was directed by Dennis Dugal and was released in 1999. Sonny Koufax (Adam Sandler) is a law graduate who refuses to take his bar exam and works at a toll booth once a week. He has a nice apartment and lives off a compensation of a lawsuit that he filed for a minor accident. The fact that he refuses to do anything in life gets on Vanessa’s (Kristy Swanson) nerves, and she breaks up with him.

Things change when 5-year-old Julian (Dylan and Cole Sprouse) becomes a part of his life. After many misadventures and struggling to care for him as a parental figure, he forms a deep bond with the child. Despite receiving mixed responses from the critics and the audience, ‘Big Daddy’ is seen as one of Sandler’s best works and remains an enjoyable watch.

The story is set in Manhattan, which is also where a large part of the film was shot. ‘Big Daddy’ uses some of the most recognizable landmarks in the city such as Central Park, National Museum of the American Indian (which used to be the U.S. Customs House), and Yonkers Courthouse. Here are the specific filming details!

A good part of the film shows Sonny spending time with Julian by tagging him along wherever he goes, whether it is appropriate for a child his age or not. Sonny’s apartment shown is located on 16 Mercer Street at Howard Street, Manhattan. The restaurant which refuses to let them use their facility is the French bistro-style restaurant called Felix, located on 340 West Broadway at Grand Street. This is also seen on the poster of the film where Sonny and Julian are standing facing the side door of the restaurant. 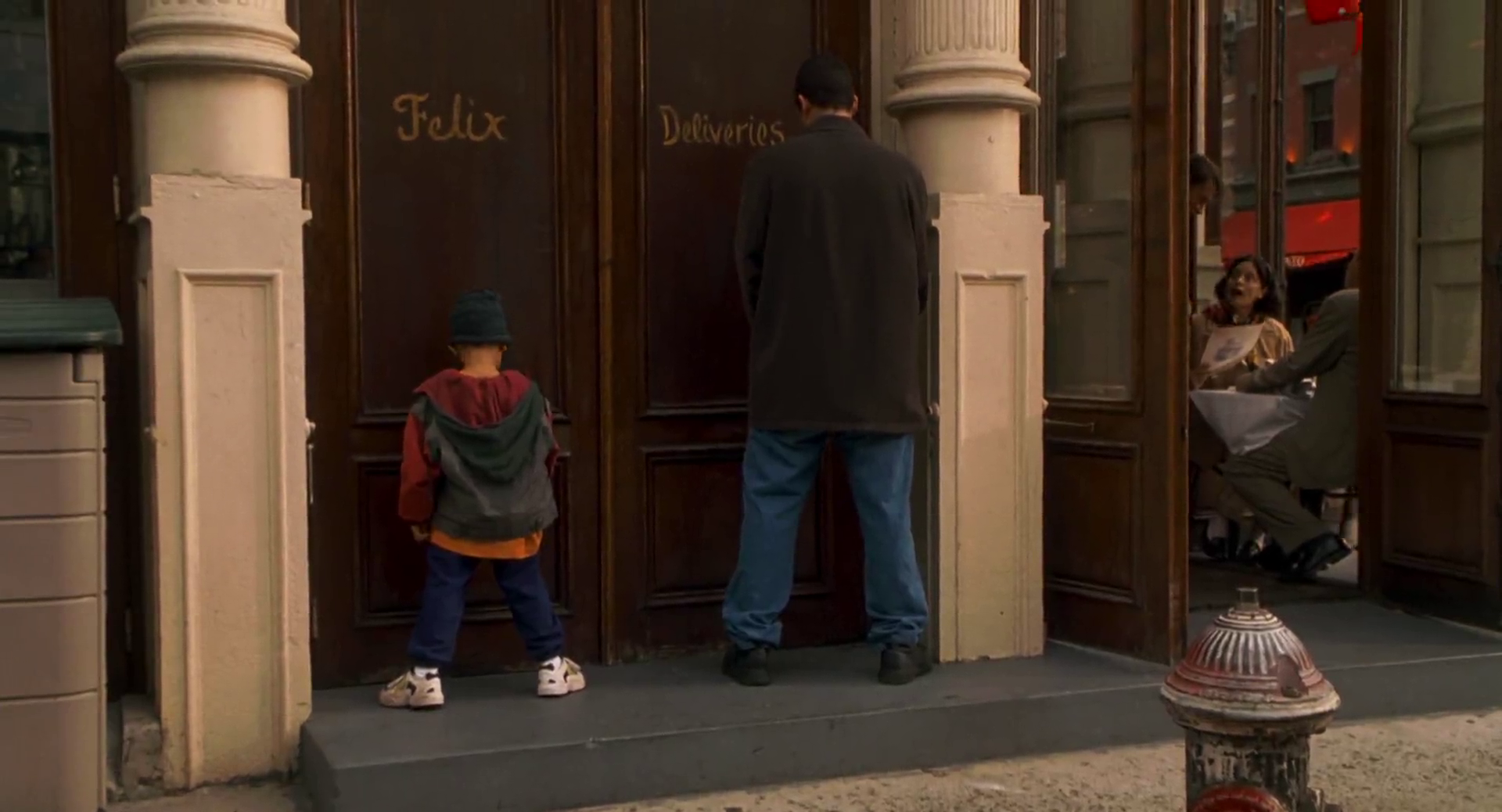 Other places that Sonny takes Julian include Washington Square Park in Greenwich Village, Blarney Rock Pub, 137 West 33rd Street, opposite Penn Station, McDonald’s on 136 West 3rd Street and 6th Avenue (Manhattan), and Hooters Restaurant on 211 West 56th Street and Broadway. Some of the other places featured in the film are Puglia, the Italian restaurant where Sonny takes Layla (Joey Lauren Adams) on a date. Puglia was established in 1919 and is located on 189 Hester Street at Mulberry Street in Little Italy. 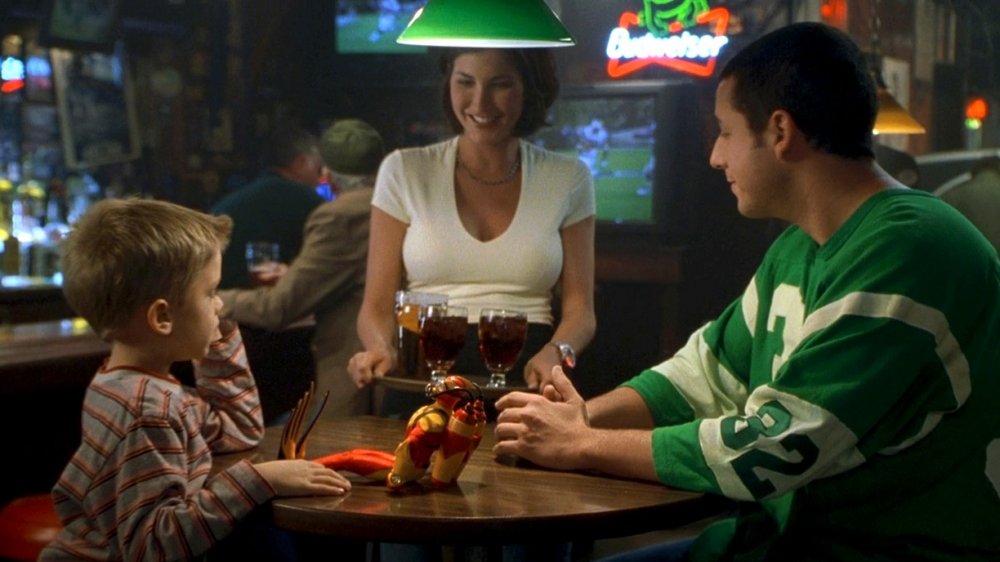 Adam Sandler’s movies often have his friends doing a cameo role. Jackie Sandler (Adam’s wife) is the waitress who gives Julian a root beer. Robert Schneider is the delivery guy, Sonny’s “best friend,” who indeed is his best friend for real. The homeless guy is Steve Buscemi, a trademark for Sandler’s films as he appears in nearly all of them.

The Social Services building shown in the film is now the National Museum of the American Indian. Custody hearing takes place in the Yonkers Courthouse on 100 South Broadway, north of the Bronx. The grumpy gentleman who refuses to entertain people Trick or Treating is the director himself, Dennis Dugan. That house is on 18 Commerce Street at 7th Avenue in Greenwich Village. Silvercup Studios- 4222, 22nd Street, Long Island City, Queens, New York City is where the film’s interior scenes were shot.