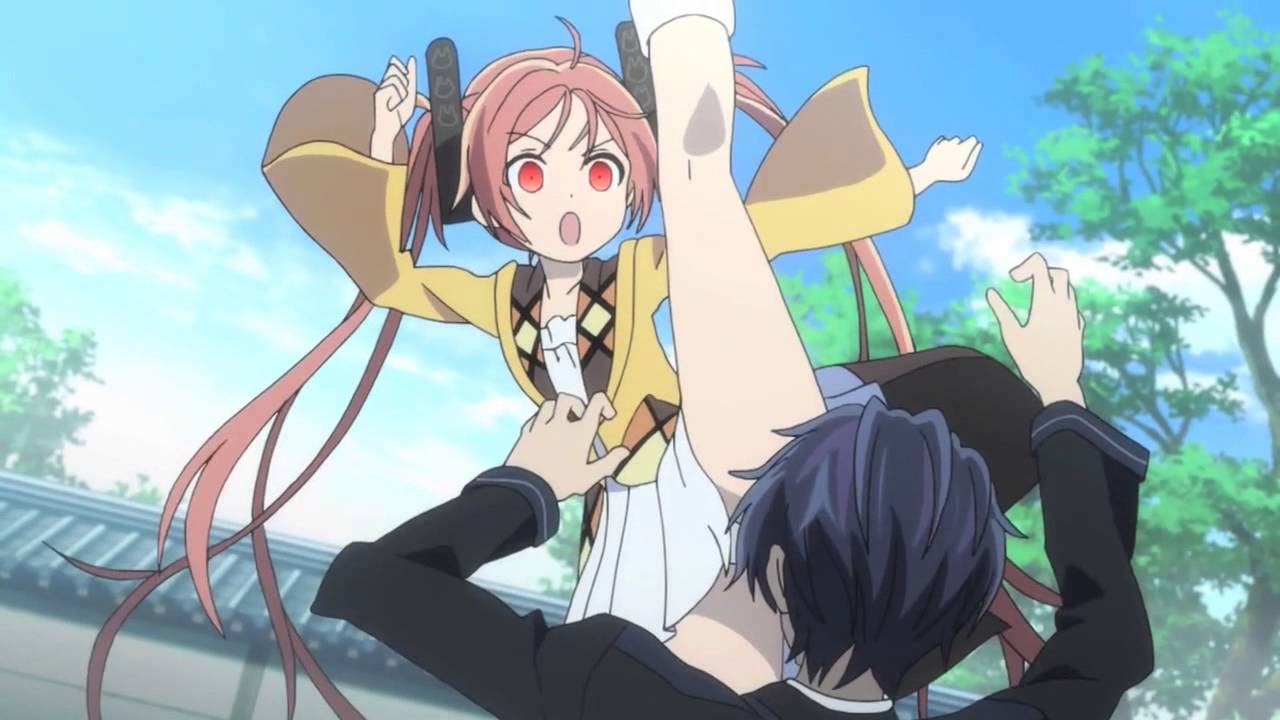 Black Bullet (also known as Burakku Buretto in Japanese) is a post-apocalyptic action anime television series which is based on a light novel series of the same name. Written by Shiden Kanzaki and illustrated by Saki Ukai, the light novel series was first published on July 10, 2011. It immediately rose to prominence, and subsequently, it was adapted into a manga series, which was first published August 27, 2012. A couple of years after the manga adaptation, Black Bullet was picked up to be made into an anime television series, and Season 1 of the show first made its way to viewers’ screens on April 8, 2014. Since then, fans of the show and the source material have been waiting for news on a second season. Here’s everything we know about the prospects of Season 2 thus far.

Black Bullet Season 2 Release Date: When will it premiere?

Black Bullet season 1 premiered on April 8, 2014, and saw its finale being aired on June 1, 2014. Months after the conclusion of Season 1, a special episode titled Black Bullet: Tenchuu＊Girls was released, much to the delight of fans. However, in the years that have elapsed since then, a second season has not been confirmed yet, and the chance of a second season happening is looking pretty slim right now.

Kinema Citrus, the studio which made Black Bullet, has a reputation of not making a second season of any anime show it produces. In the time that has elapsed since Season 1 of Black Bullet, the studio has made five new anime television series, indicating that it is in good health and profitable. Despite this prosperity however, Kinema Citrus has not shown any willingness to renew Black Bullet. Secondly, anime television shows usually have gaps of two to five years between new seasons, and the fact that Black Bullet has not been renewed yet is indeed a disheartening sign.

That being said, nothing can be said for certain on the fate of Black Bullet till the show is officially canceled. Our best guess is that in the unlikely scenario of the anime getting renewed, Black Bullet season 2 release date could be sometime in 2020 or 2021. We’re keeping our ears open for news on the future of the show, and we’ll update this section as soon as we hear more.

You can stream ‘Black Bullet’ on Amazon Prime and Crunchyroll.

Being a post-apocalyptic show, Black Bullet is set in the near future – the year is 2021, and much of humanity has been devastated by a pandemic. Viral parasites known as the Gastrea have spread over much of the planet, and has turned billions into monsters in its wake. Driven to the brink of extinction, humanity was forced to make a tough call, and what remains of the human population now live within an area guarded by the Monolith walls. The Monolith walls, which are made of a metal called Varanium, is humanity’s only protection against extinction, as Varanium is the only material capable of repelling and hurting the Gastrea.

With the threat of extinction temporarily at bay, humanity also seeks to counter the threat of the Gastrea and purge the world of the monsters created by the virus. For this purpose, humanity makes use of the “Cursed Children” – female children who have superhuman abilities owing to having trace amounts of the virus in their body. Officially known as Initiators, these Cursed Children are paired with operators called Promoters, and together these Initiator-Promoter teams work to destroy the monsters created by the virus.

In this backdrop, the show focuses on one such team, which comprises an Initiator called Enju Aihara and a Promoter called Rentarō Satomi. As Enju and Rentarō embark on more and more missions to rid the world of the horrific creations left behind in the wake of the Gastrea epidemic, they bond over time and become two of humanity’s foremost weapons against the virus and its byproducts.

Although Black Bullet has dozens of characters, there are only four main characters in the show. Below, we’ve given you brief backgrounds on each of them.

Rentarō Satomi: The main male protagonist of the show, Rentarō is a second year-student at the Magata High School, and a member of the Tendo Civil Security, and organization dedicated to eradicating the threat posed by the Gastrea. When Rentarō’s parents perished in the fight against the Gastrea ten years ago, he was taken in by the Tendo family, and grew up with its heir, Kisara Tendo. No stranger to battling the Gastrea, Rentarō lost his right leg, right arm, and left eye fighting to save Kisara. However, he was brought back from the brink of death by an experimental method wherein his missing limbs were replaced by Varanium limbs. Since then, Rentarō has been part of Tendo Civil Security. Rentarō is also shown to be sympathetic towards the Cursed Children, and often goes out of his way to help them. In the present, he is part of an Initiator-Promoter duo, playing the role of the Promoter.

Kisara Tendo: A major character in the show, Kisara is Rentarō’s childhood friend, having grown up together when Rentarō was taken in by her family. Despite being the heiress to the Tendo family fortune, Kisara left her family along with Rentarō owing to a conflict, and currently serves as the president of Tendo Civil Security. Years ago, Kisara’s parents were devoured by creatures infected by Gastrea, and Kisara thirsts for vengeance, hoping to eradicate the Gastrea forever. Kisara is shown to be extremely skilled in the Tendo style of martial arts but cannot fight for prolonged periods as her kidneys barely function. It’s also shown that Kisara has romantic feelings for Rentarō, and despite the feelings being mutual, neither she nor Rentarō has the courage to confess their feelings.

Enju Aihara: 10-year-old Enju Aihara is another main character in the show, and is a Cursed Child. She possesses a hidden superpower and is extremely attached to her partner and Promoter, Rentarō. Owing to Enju’s attachment to Rentarō, she often gets jealous when Rentarō and Kisara spend time together, and she harbours romantic feelings for Rentarō, despite her young age.

Tina Sprout: A product of Ayn Rand’s mechanized soldiers, Tina was an infiltrator who was sent to assassinate the ruler of the Tokyo Area, Seitenshi. However, the assassination attempt was foiled by Enju’s interference, and she was finally defeated by Rentarō. Despite the failed assassination, Tina was allowed to live under observation by Seitenshi. After she was released from custody, she was hired by the Tendo Civil Security to take the fight to the Gastrea. Later, she pairs up with Kisara, but like Enju, is infatuated with Rentarō and longs to become the center of his attention.