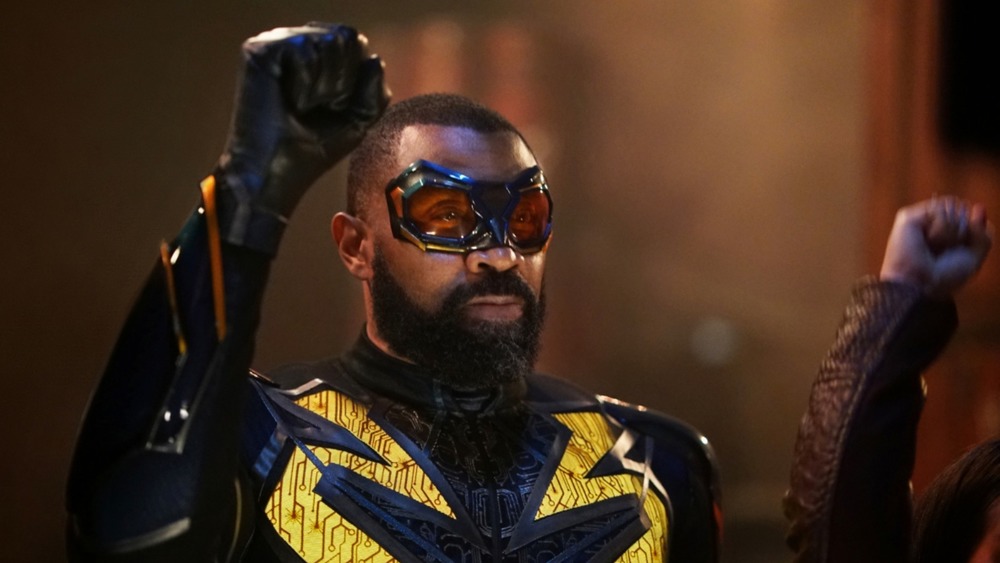 ‘Black Lightning’ season 4 episode 7 takes a slight detour and takes viewers to the Akashic Valley in comparison to the usual visit to Freeland. There Anissa and Grace run into Khalil Payne/ Painkiller, who is dealing with his own demons in the city. The episode serves as a backdoor pilot for a spin-off series focusing on Khalil/ Painkiller. Before we break down the biggest moments of the latest episode, let’s take a look at what’s in store for the upcoming episode.

‘Black Lightning’ season 4 episode 8 is scheduled to release on April 19, 2021, at 9 pm ET on The CW. The fourth and final season consists of 13 episodes with a 40-45 minutes runtime each, and new episodes air on the network every Monday.

To watch ‘Black Lightning’ season 4 episode 8, you can tune in to The CW on your TV sets at the aforementioned date and time. You can also choose to stream the upcoming episode on The CW’s official website or mobile app, where the episodes are available a day after their television broadcast. If that isn’t an option, you can stream the new episode on live TV platforms such as Xfinity, Youtube TV, FuboTV, Apple TV, and DirecTV.  New episodes (as well as older episodes) of the series are available for purchase on VOD platforms such as Microsoft Store, Google Play, iTunes, Vudu, and Amazon Prime. Additionally, the first three seasons are streaming on Netflix.

The eighth episode of ‘Black Lightning’ season 4, titled ‘The Book of Ruin: Chapter Three,’ will shift the focus back to Freeland. The conflict between Jefferson and Tobias will escalate as the show hurtles towards its conclusion. With just a bunch of episodes left in the final season, we expect episode 8 to start laying some groundwork for the endgame of the main characters. We also haven’t seen the last of Khalil just yet, and Painkiller could target Jennifer next. Jennifer’s new appearance might just be a blessing in disguise that protects her from Painkiller.

In the seventh episode of ‘Black Lightning’ season 4, titled ‘Painkiller,’ Anissa and Grace arrive in the ultramodern and high-tech city of Akashic Valley for their honeymoon. At a club, Grace is dragged away by a man, and Anissa is attacked by Painkiller. Inside Khalil’s mind, we find him arguing and eventually fighting Painkiller over Anissa’s life. Khalil defeats Painkiller and takes Anissa to his secret lair, where we meet his friends Donald and Philky. Khalil suspects that Painkiller is the one who brought Anissa and Grace to the city.

After some soul searching, Khalil goes to find Grace. He manages to find her kidnapper and questions him about Grace’s location. He places a tracker on the kidnapper before letting him go. At the hideout, the kidnapper’s boss, Maya, is keeping surveillance on a sedated Grace. She claims to have special plans for the metahuman. Khalil arrives at the location Philky obtained with the help of the tracker. He breaks into the building and comes across a room filled with people whose brains are linked to computers. He takes one of the devices for examination.

From the laptop’s data, Philky decodes that the victims’ brains have been programmed to farm bitcoins. He calls it cryptojacking. Khalil believes they might be able to separate him from Painkiller using the technology. Philky and Painkiller gather intel on Maya and some ammo from an acquaintance. Khalil arrives at Maya’s base, and Painkiller emerges to beat down the guards. He and Khalil agree to work together and rescue Grace. Maya sets the building on self-destruct mode before escaping.

Grace awakens and takes on her Wylde form to escape from the building unscathed. Khalil is forced to leave the building without getting the tech he is looking for. Later, he asks Anissa not to reveal his whereabouts to Jennifer in order to protect her from Painkiller. The episode ends as inside his mind Khalil argues with the Painkiller who wants to kill all members of the Pierce family.