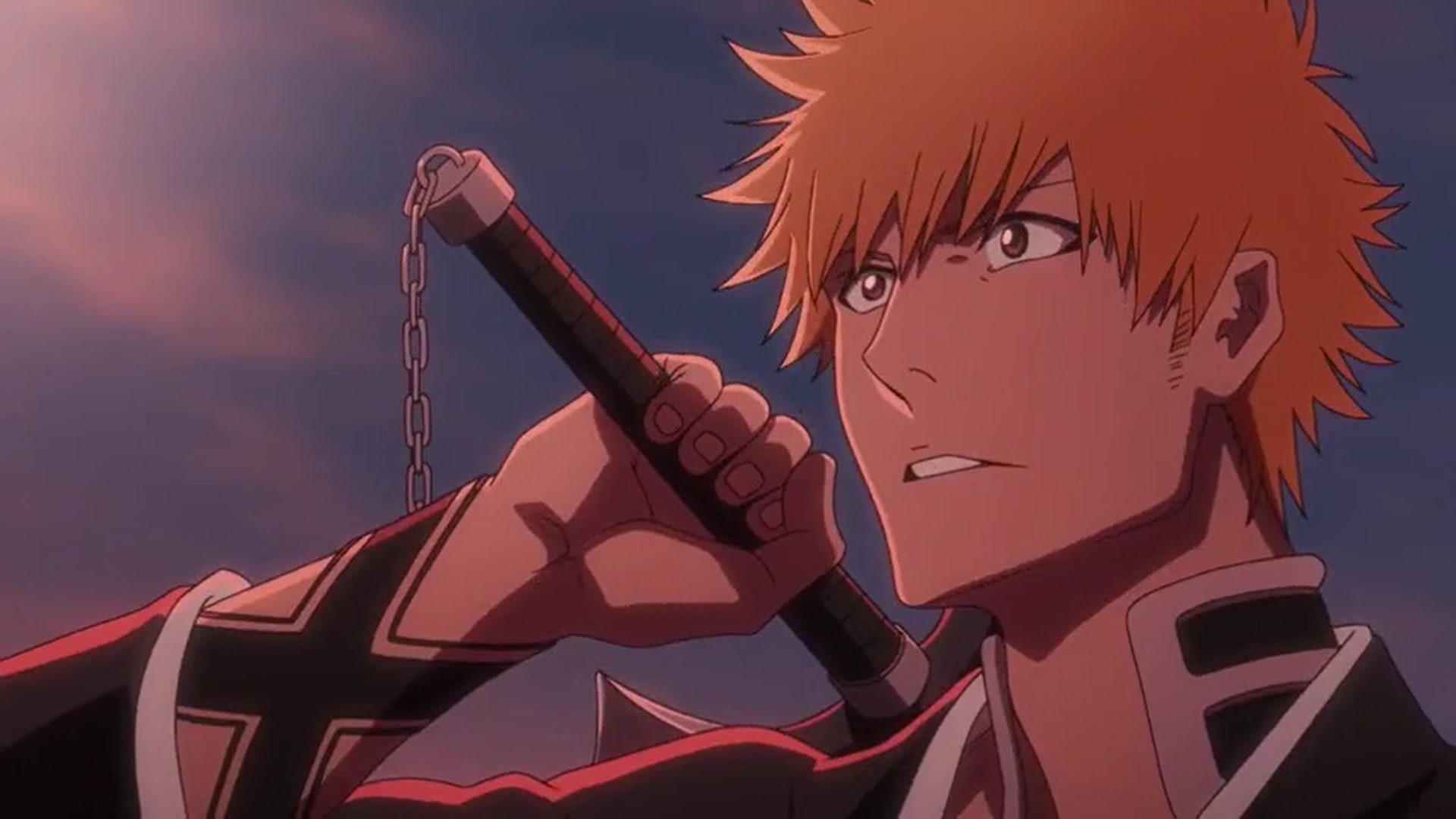 In the first episode of ‘Bleach: Thousand-Year Blood War’ titled ‘The Blood Warfare,’ hollows all over Japan start getting destroyed at an inexplicable pace leaving the Soul Society confused. Ichigo is challenged by a formidable enemy in his hometown of Karakura, while a group of masked men visits Shigekuni Yamamoto-Genryuusai’s office to give him an ominous warning. Here’s everything you need to know about the ending of ‘Bleach: Thousand-Year Blood War’ episode 1. SPOILERS AHEAD!

At the Soul Society Department of Research and Development, the people monitoring the movement of hollows notice a dramatic surge in their destruction. It points towards the dangerous possibility that the boundaries between the world of living and soul society will be blurred in just a few days. Oblivious to this development, squad 13 officers Ryunosuke and Shino are tasked to monitor the situation in Karakura town. 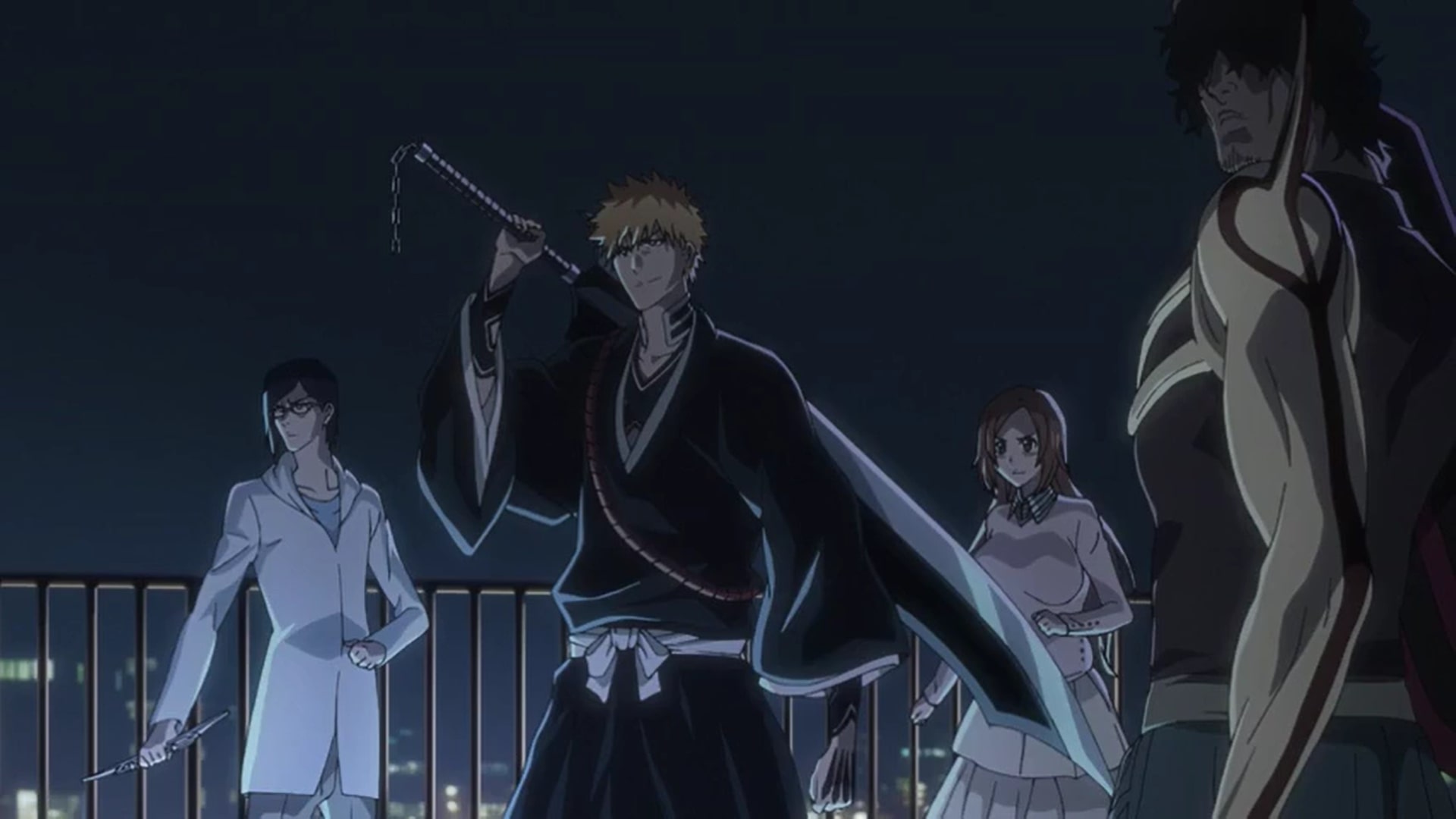 Although the latter is confident and fearless, the former appears haunted by the possibility that they may have to face Hollows there. Unfortunately, his worst fears are realized soon, and to make matters worse, Shino is easily knocked out by one of the enemies. Ryunosuke fails to defend himself as well and is about to be killed when Ichigo, Orihime, Sado, and Ishida not only easily defeat the hollows but also help the duo heal from their injuries.

Ryunosuke and Shino later wake up in Ichigo’s room but when they have barely discussed the event that brought them together, a man suddenly enters through the window. Ichigo is quick to react and kicks him outside. Although he initially presumes that the man is an Arrancar, he soon learns that he is facing a Quincy named Asguiaro Ebern. 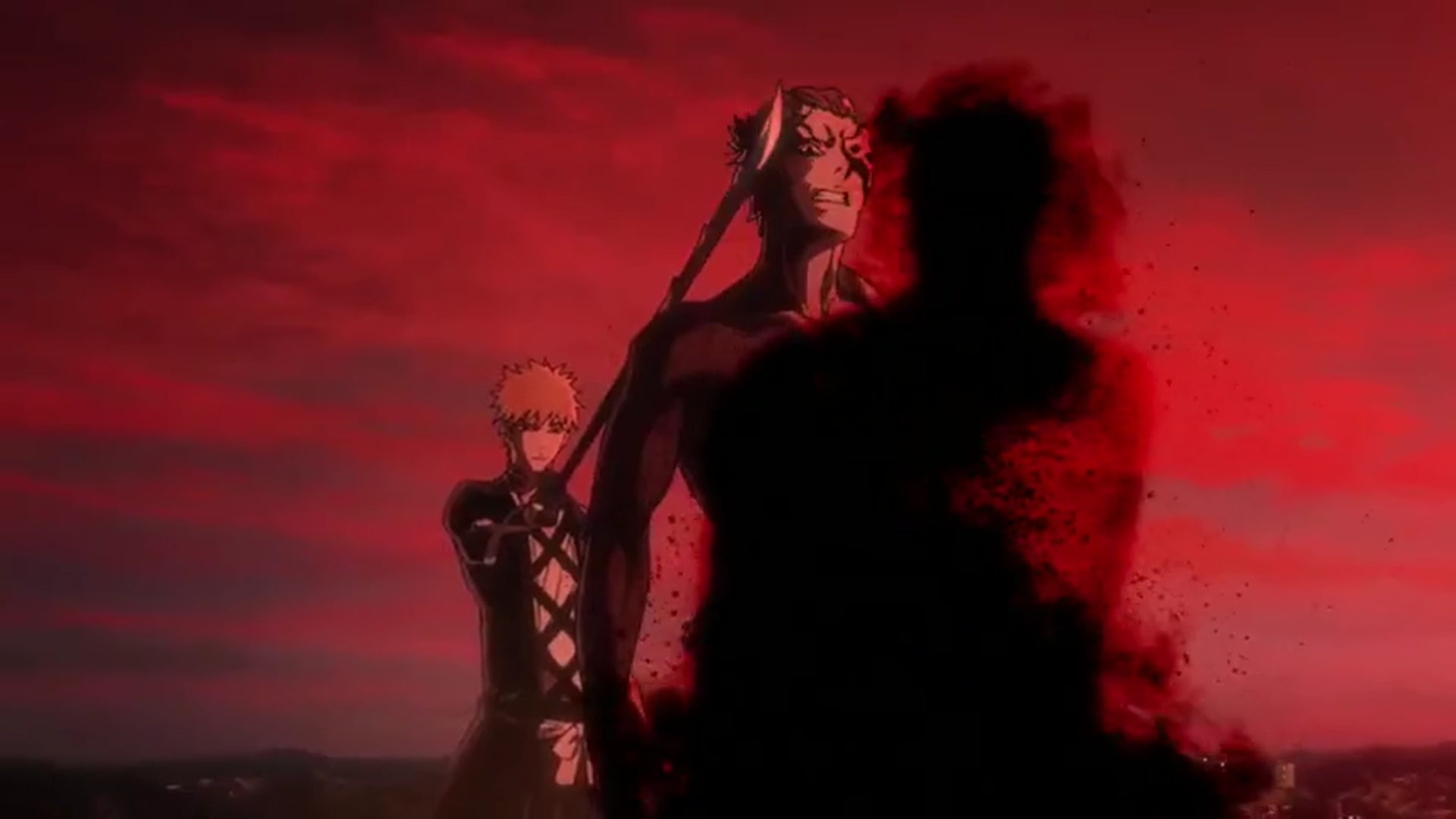 Meanwhile, the inspection of the Rukon District by squad 11 reveals that the residents have mysteriously disappeared. In Karakura town, Ebern continues to mock Ichigo asking him to bring out his Bankai and use it on him. Although he is confident of defeating the substitute Soul Reaper, Ichigo eventually leaves him dumbfounded by his incredible powers. Unfortunately, just when he is about to question him, Ebern manages to flee.

Bleach: Thousand-Year Blood War Episode 1 Ending: What is the Wandenreich?

While the mysterious events unfold all over Japan, Shigekuni Yamamoto-Genryuusai, the captain of the first division of Soul Society’s primary military branch is in his office oblivious to most incidents. While he is lost in his thoughts, six masked men suddenly arrive there and supposedly kill one of his men. They proclaim to be from the Wandenreich and declare war on the Soul Society- claiming that it will be annihilated in the next few days. Although the masked men do not offer much explanation, Wandenreich is actually a secret empire of the Quincy that plans to destroy the spirit world. 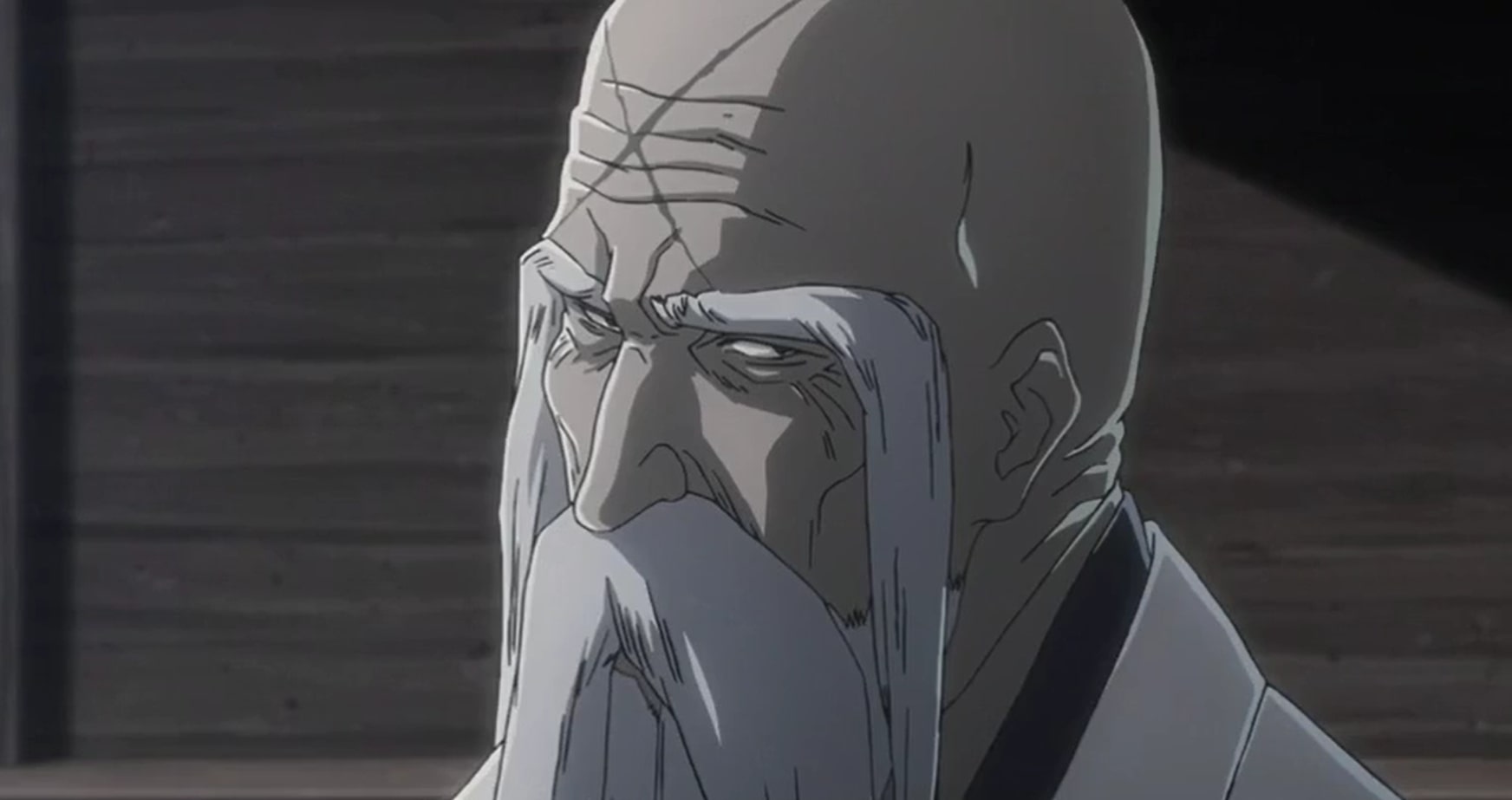 About 1,000 years ago, the Quincy lost the war against the Shinigami and were forced to flee from the human world. They eventually ended up in the Seireitei which they believed was safer for them to regroup. Using the Reishi that is in abundance there, they created their hidden empire (Wandenreich) and waited to gather enough power to take over the world, while destroying the Soul Society in the process. After waiting for centuries, the Quincy are now prepared to achieve their twisted goals and the declaration of war is the first step towards it.

Who Leads Six Masked Members of the Wandenreich to Confront Shigekuni Yamamoto And Declare War on Soul Society?

When the six masked men infiltrated Shigekuni Yamamoto-Genryuusai’s office, the group was led by a man who did all the talking. He not only mocked the lax security protocols of the captain but also warned Yamamoto that the Soul Society will not last more than five days. As he killed one of Yamamoto’s men right in front of him, the masked leader went on to tell Yamamoto that the people of Soul Society will face a similar fate. 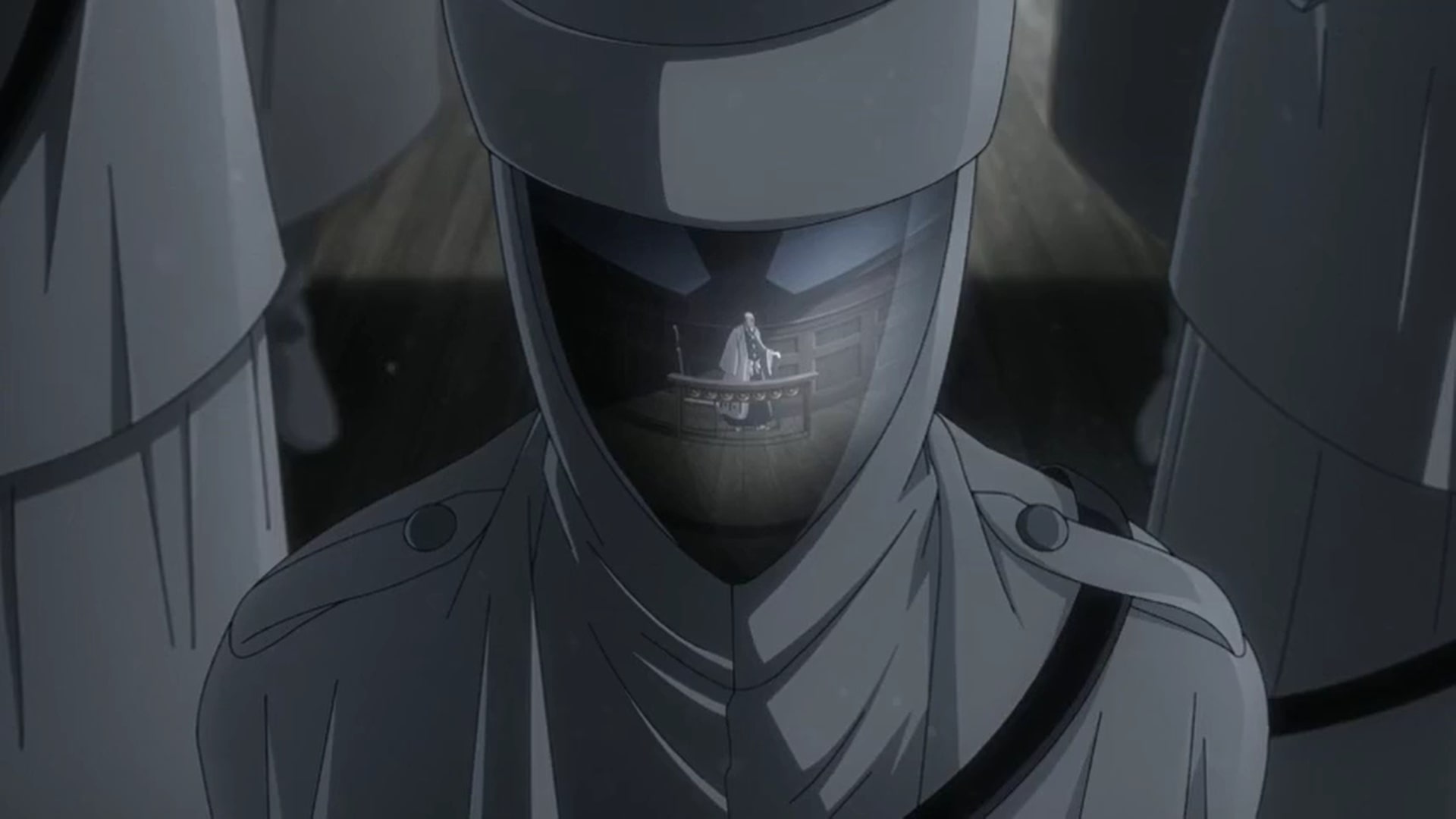 While he never introduces himself to the captain, it is later revealed that he is actually an Arrancar named Luders Friegen. Although he respects the emperor of Wandenreich, he is quite condescending to his compatriots and appears to consider himself superior to them. Unfortunately, this attitude soon lands him in trouble.

Who is the Mysterious Man That Cuts Off Luders Friegen’s Hand? Is He the Emperor of Wandenreich?

After Asguiaro Ebern escapes from Ichigo’s grip, he regroups with other members of the Wandenreich. When Luders Friegen also arrives there with other masked men, he finds Ebern bowing and pompously appreciates the gesture as commendable. However, Ebern is quick to point out that he would never bow in front of someone like him. Before he could fully comprehend what’s happening, Luders’ right arm is cut off, and falls to the ground. 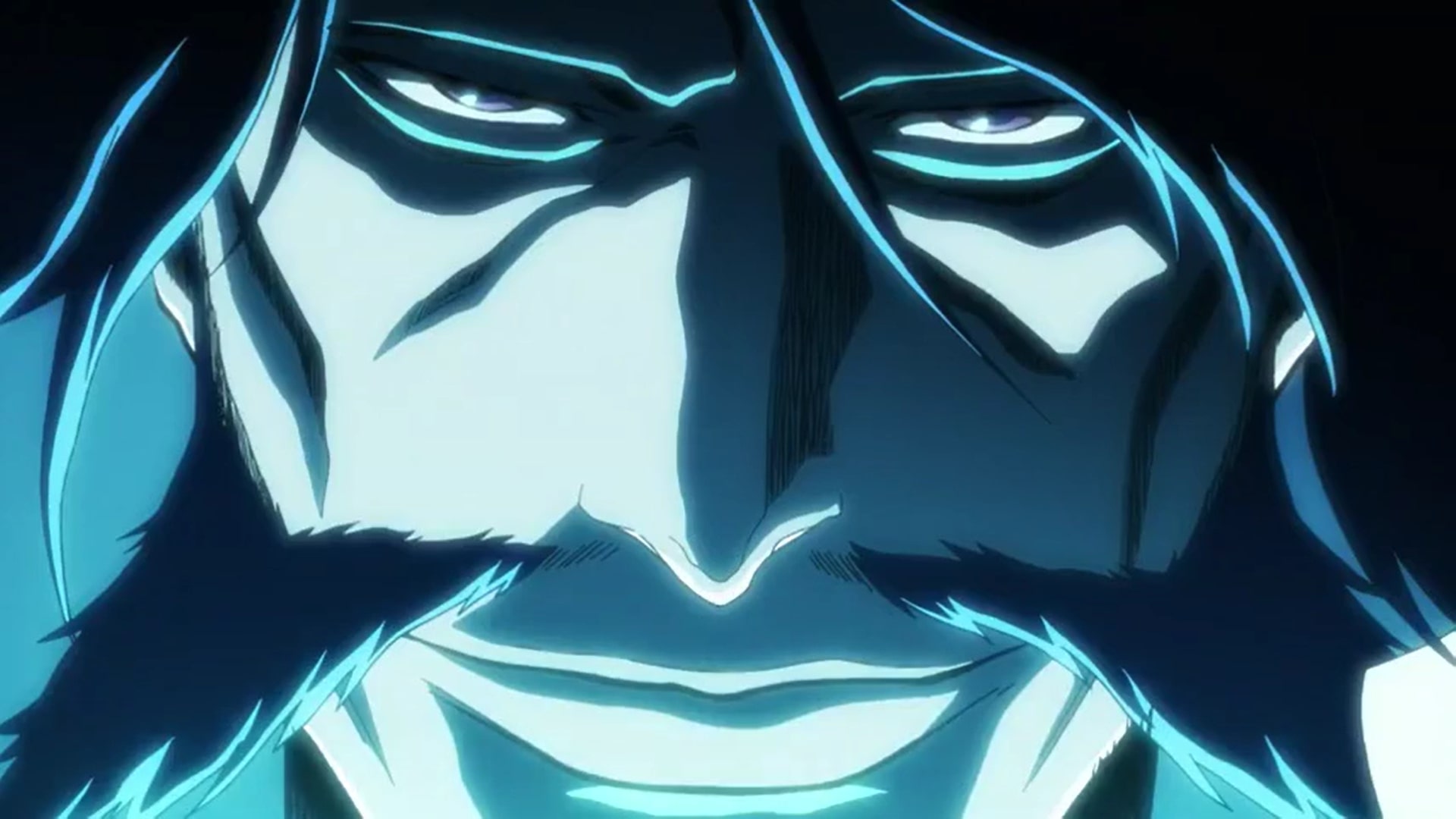 It turns out Asguiaro Ebern is actually bowing in front of a furious man sitting on a throne, who tells Luders that he hates conflict and asks him for his report on the recent developments. Although the show ends there and does not offer much clarification on his identity, it turns out that the mysterious man is none other than Yhwach, who is fondly dubbed by his subordinates as Father of the Quincy. He is not only the current emperor of the Wandenreich but also the son of the Soul King.