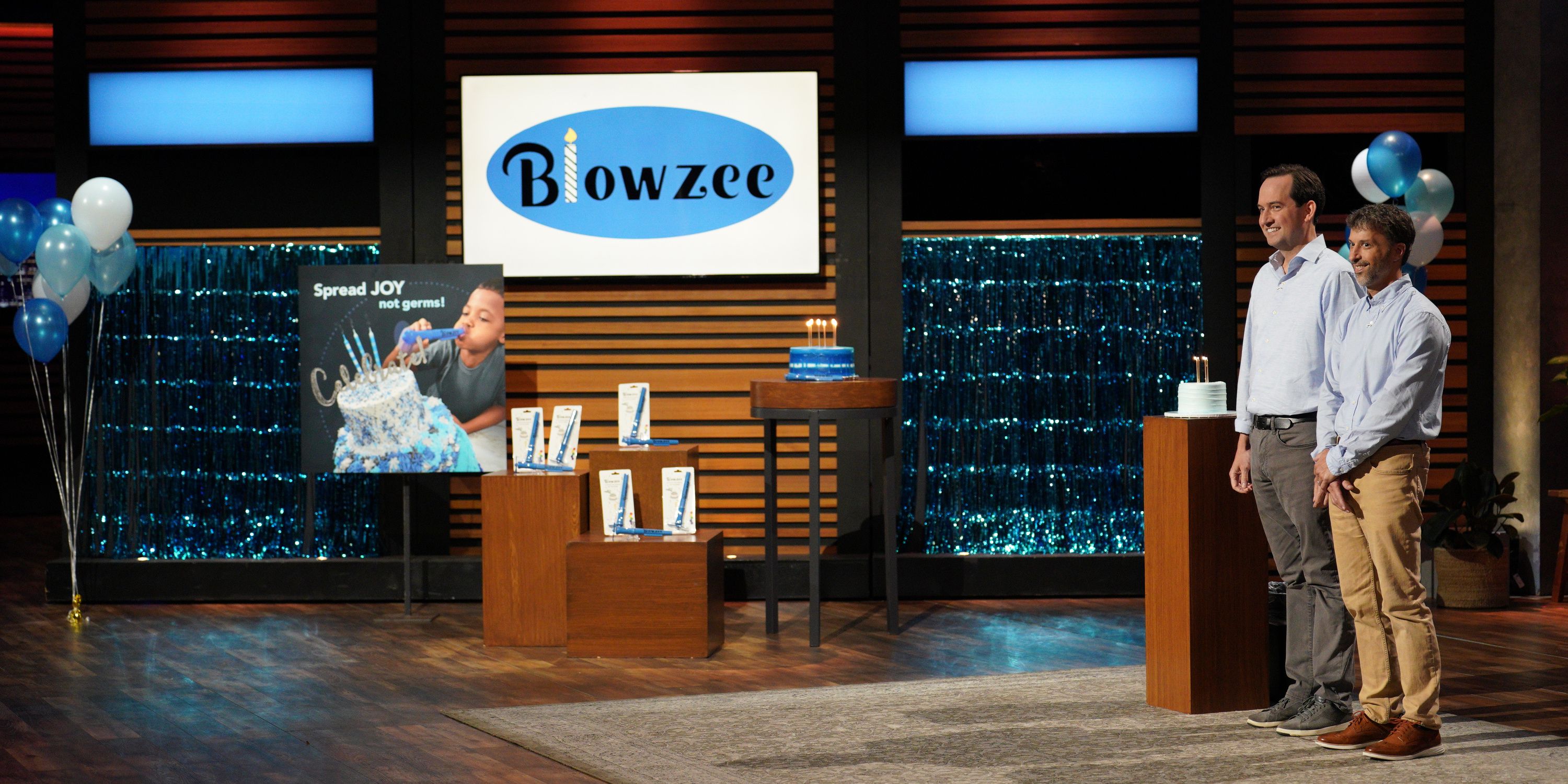 ‘Shark Tank‘ season 13 episode 13 witnessed Mark Apelt seeking an investor from among the Sharks for his product, Blowzee. The threat of one’s spit landing on the cake while blowing out birthday candles has plagued us from time immemorial. Blowzee attempts to combat this issue through an innovative design that allows users to blow out candles without the fear of spit. Let’s dig deep into the product details and trace its growth, shall we?

Blowzee: Who Are They and What Do They Do?

Interestingly, Mark Apelt isn’t the only founder of Blowzee, as the business has a second silent partner who chooses to remain behind the scenes. Ever the loving father, Mark, a Richmond resident and a University of Virginia graduate, found himself accompanying his son, Jake, to various birthday parties. While each party followed the tradition of the birthday kid blowing out the candles on their cake, one such party horrified Mark and the other parents as they clearly saw the spit fly from the child’s mouth and land on the cake’s icing. 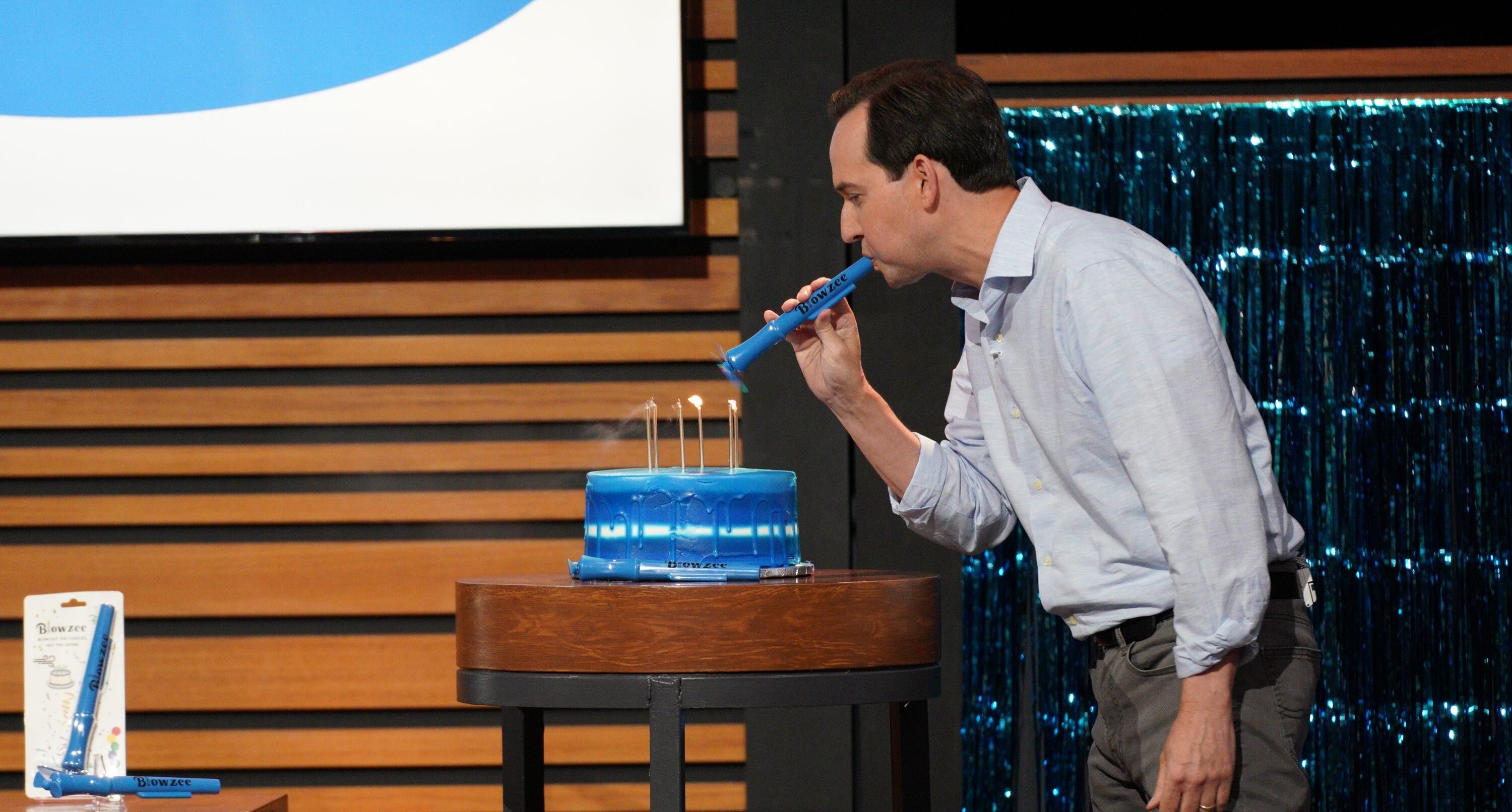 Being quite strict about hygiene, the incident got Mark thinking, and thus, after the party, he got some parents together and expressed his concerns. Although most agreed with his point of view, Mark soon realized that there were no products to offer a solution to the problem of manually blowing candles. He soon came up with an idea for a prototype but came to the conclusion that since birthday cakes are the only food put through this treatment, such a product would not do well in sales.

However, once the COVID-19 pandemic took the world by storm, Mark found himself confined to his home with a lot of free time on his hands. Moreover, the pandemic had convinced people to care more about hygiene, and an alternative method to blowing candles was suddenly not such a bad idea. Thus, Mark and another Richmond father put their brains together and came up with the concept of Blowzee. However, the road to the final product was long and arduous as Mark and his partner had to go through numerous designs and prototypes before landing upon something that worked.

A Blowzee is shaped exactly like a tube with a fan on one end and a hole to blow into on the other. Once a user blows into the device, the air activates a sensor inside, which makes the fan spin thus, effectively blowing out the candle. However, all of the dirty air is redirected back towards the user, leaving the cake free of spit. Although Blowzees are lithium-battery operated and cannot be washed in a dishwasher, they can be easily cleaned and reused without the worry of infection.

Once Mark Apelt and his silent partner perfected the design of Blowzee, they posted it to the freelancing network, Upworks. To their surprise, an engineer from Michigan was impressed with the design and turned it into a working product. Besides, the co-founders figured that they would have to manufacture Blowzees from China as no other country had the sensor they wanted. Once the finished product was introduced in the market, Mark was taken aback by the reception as hundreds of people opted to use the device at their birthday parties.

Moreover, the New York Post also featured the product, which drew even more attention towards it. Soon, the co-founders realized that they needed to increase their manufacturing in order to meet demands. Additionally, the popularity of the product also led to it getting featured on shows and publications like ‘The Tonight Show Starring Jimmy Fallon,’ ‘Elvis Duran and the Morning Show,’ NPR’s morning edition, and The Daily Mail.

Each Blowzee comes with a battery and will set you back by $11.99. Although the company charges $1.99 for shipping, that charge is waived off if one buys more than 4 units of the product. In an effort to widen their customer base, Mark tied up with a few bakery stores in Richmond, which now stock the product. However, for people who prefer online shopping, the innovative product can be found on their website or the online retail giant – Amazon. Besides, with Mark now seeking to put Blowzee on the shelves of other major supermarket chains, the product will surely witness even more success in the future.