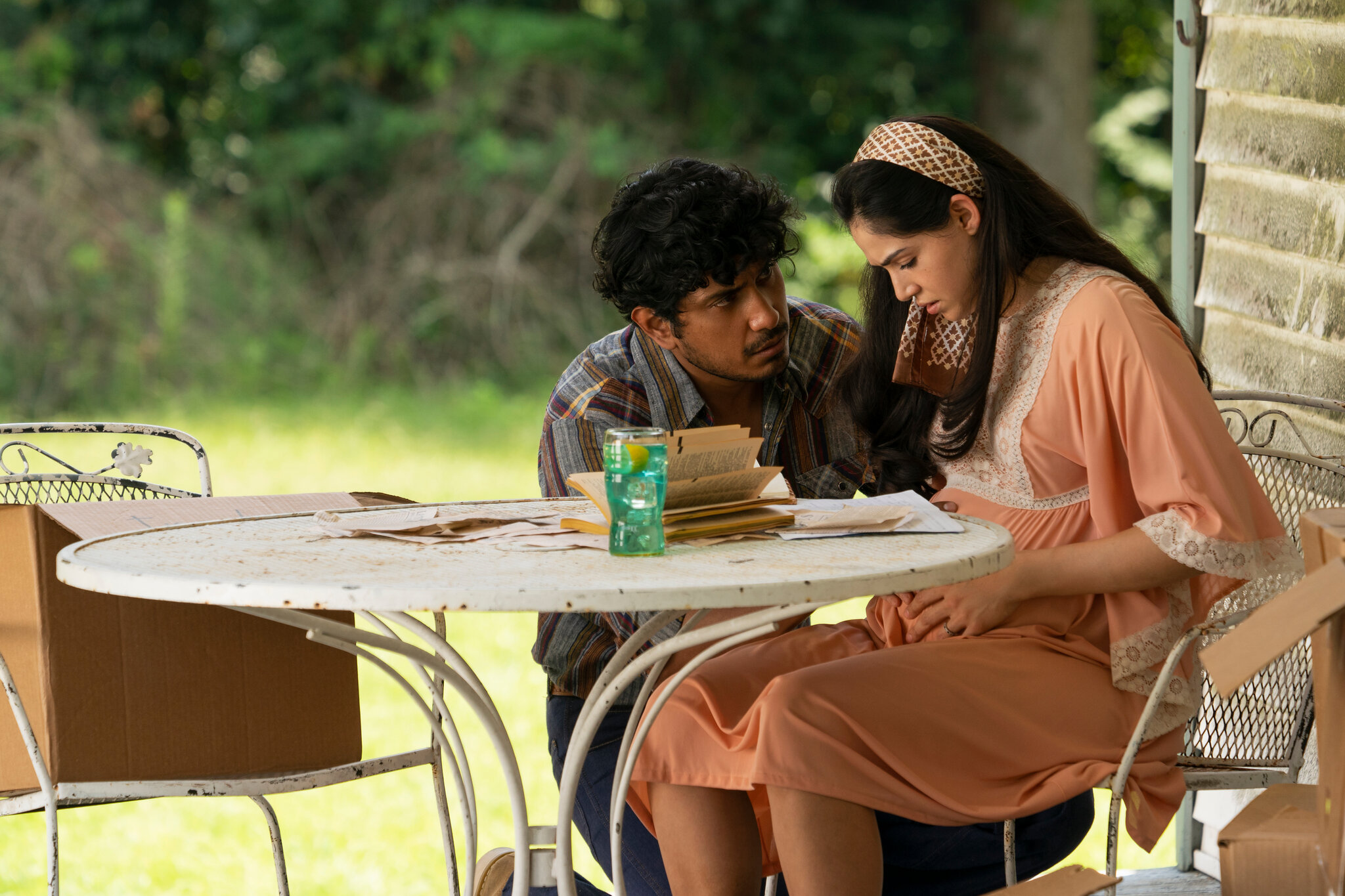 Directed by Ryan Zaragoza, the horror movie ‘Madres’ is part of the ‘Welcome to the Blumhouse’ film series. It revolves around Beto (Tenoch Huerta) and Diana (Ariana Guerra), a young Mexican-American couple who moves from Los Angeles to a small farming hamlet called Golden Valley before their first child is about to be born. Soon, Diana starts to believe that the house is haunted.

Despite being ethnically Mexican herself and married to a Mexican immigrant, she isn’t well-versed in Mexican Spanish, and that seems to alienate her in the community, where most people speak the language. She learns that many women in Golden Valley have lost their children, which the locals think is the result of a curse. Here is everything you need to know about the ending of ‘Madres.’ SPOILERS AHEAD.

‘Madres’ is set in the 1970s. It begins with a quote from Joseph Conrad — “The belief in a supernatural source of evil is not necessary; men alone are quite capable of every wickedness” — and that quote provides the framework for the entire movie. Their circumstances made Beto and Diana move to Golden Valley. Diana is a struggling writer who was fired from her last job after she became pregnant. The couple decides to relocate to Golden Valley after Beto lands a job as a manager at a local firm. Beto came to the US as an illegal immigrant and part of a family where no one before him had ever become a manager.

Once at their new home, Beto quickly assimilates into the local community, but Diana struggles because of the language barrier. She learns from the women there that several of them have lost their unborn children in recent years. She and Beto meet Anita (Elpidia Carrillo), who the locals believe is a good witch. She tries to give Diana a necklace for good luck, but the latter refuses. Diana later discovers that the hex bags that she earlier found on their property were placed there by Anita. 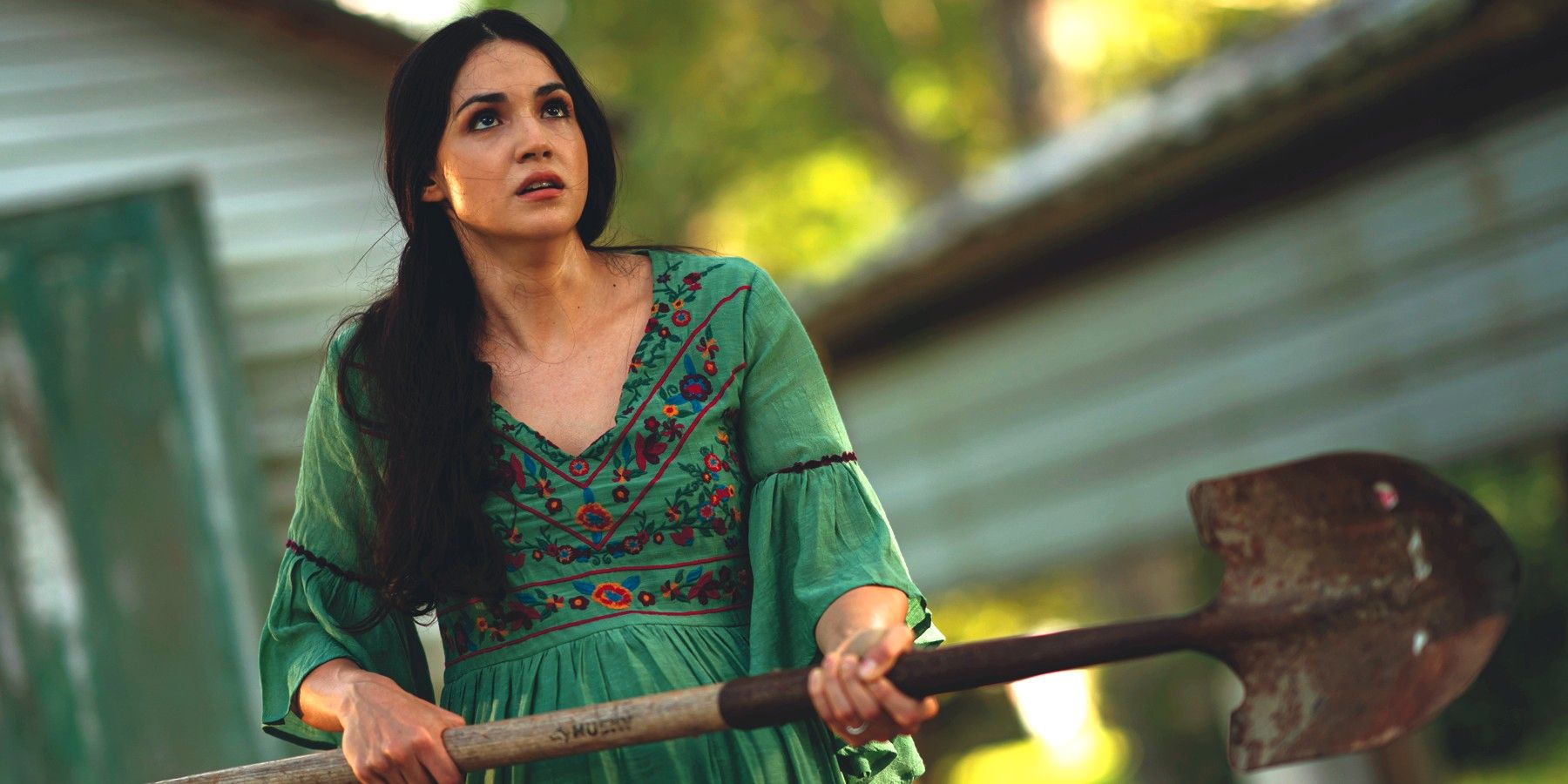 While going through the things that the previous owner of the house, Teresa, left behind, Diana discovers that the other woman was investigating a mysterious disease called Valley Fever. Reading the articles that Teresa had collected, Diana deduces that the pesticides that the farmers have been using are behind all the problems.

When rashes start to appear on her body, she and Beto call her gynecologist, Dr. Bell (Robert Larriviere), who reluctantly tells them that when he first came to Golden Valley, he encountered a condition in which patients showed similar symptoms: random episodes of dizziness, feeling weak and unfocused, persistent cough, and hallucinations. They also had rashes all over their bodies.

Now, Diana starts to fear that she has the same condition. Like those patients, she also has what seems like visions, including of Teresa. She finds out that Teresa is dead and comes to believe that Teresa’s ghost is trying to warn her about the pesticides. Meanwhile, Beto thinks that their neighbors are right, and it’s a curse.

Although Beto and Diana’s opinions differ about what is causing the Valley Fever, they both realize that it’s exclusively affecting the women of the Mexican-American community, especially the ones who are pregnant. Diana discovers that the same thing happened in a nearby town called Arbington, where children of Mexican-American heritage rarely survived childbirth. She sends Beto there, hoping that he will find the solution to their problem. Instead, he finds something for which neither of them was prepared.

Beto discovers that Dr. Bell was the gynecologist at the clinic in Arbington before he came to Golden Valley. It was only after his departure that the survival rate of the newborns got suddenly better. It doesn’t take long for Beto to connect the dots. He frantically calls Diana, who is already admitted at the clinic in Golden Valley. She tries to escape but gets caught by Bell and Nurse Carol. However, Beto arrives in time and kills Bell in the ensuing struggle. Just as he and Diana think it’s over, Beto’s boss Tomas (Joseph Garcia) shows up and shoots Beto. But with the help of Teresa’s ghost, Diana survives the ordeal.

It is neither a curse nor the effect of pesticides that has affected so many women of Mexican origin. Bell is a monster, racist, and eugenicist. He has been performing sterilization operations on his patients while they are pregnant with a child, resulting in the deaths of unborn fetuses. Most of these women can’t read English. When they are in pain, Carol makes them sign a consent of sterilization form. Bell’s reasons for such horrendous actions are as archetypical as it gets. It is founded on the absurd belief that he belongs to a superior race and that anyone who doesn’t look like him shouldn’t get to live in his country.

As for Tomas, it seems that he resents his Mexican roots and wants to be associated with the country’s majority population. Agua fresca, the drink that he generously distributes among his workers and neighbors, causes all the symptoms of the so-called Valley Fever. He and Bell know that after the women drink it, they will inevitably end up at the clinic, where Bell will be able to perform his surgeries on them.

Are Tomas and Beto Dead? Where is Carol?

Yes, Tomas is dead. He dies after Diana pushes him against the glass window. No, Beto isn’t dead. He survives being shot and is seen in the final scene with his wife and child, welcoming his sister-in-law Veronica to their home. 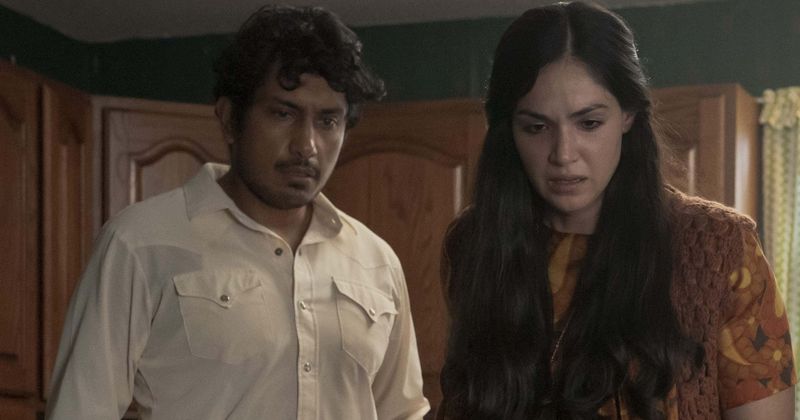 Despite the ordeal, Beto and Diana’s child survives. After his birth, his proud parents name him Jose. They decide to continue living in Golden Valley. Diana also seems to have reconciled with her mother, who earlier had reservations about Diana’s marriage with Beto. Diana even has finished her book and named it ‘Al Mal Tiempo, Buena Cara’ or ‘In Bad Times, Put on a Brave Face,’ after a phrase she and Beto found in Teresa’s notes. It’s an homage to the woman who saved their lives and that of their unborn child.

As the final scenes reveal, Carol has escaped to Los Angeles and started working at a hospital there. She continues to be involved in the forced sterilization of women belonging to minority communities, even in the city. This brings another layer of realism to the film. In the notes after the movie, the filmmakers tell the audience that several Mexican women initiated a class-action lawsuit against a hospital in Los Angeles in 1975, claiming that they were sterilized without their consent. The hospital ultimately won the case.