‘The Manor’ is the 8th entry in the ‘Welcome to the Blumhouse’ horror film series, released along with Mexican-American horror film ‘Madres.’ ‘The Manor’ revolves around Judith Albright (Barbara Hershey), an accomplished ballet dancer in her youth and now a neighborhood dance teacher. On her 70th birthday, she suffers a stroke. Three months later, she moves into the Golden Sun Manor Nursing Home, believing that she had been a burden on her daughter Barbara (Katie A. Keane) and grandson Josh (Nicholas Alexander).

However, she soon starts to notice that something is definitely wrong with the facility. Her roommate, Annette, keeps muttering about trees. Judith starts having disturbing dreams about a monster visiting her room and is subsequently diagnosed with dementia. As everyone around her, including her grandson, begins questioning her lucidity, Judith must have a steadfast belief in her own sanity if she wants to survive the manor. Here is everything you need to know about the ending of Blumhouse’s ‘The Manor.’ SPOILERS AHEAD.

After Barbara’s husband died, Judith brought her daughter and Josh home and practically raised the latter. Time took the gifts that youth had bestowed upon her one by one. After the stroke, realizing that the worse is yet to come, this fiercely proud and independent woman decides to become a resident of a nursing home. But it isn’t long before she discovers that she will have to part ways with her very sense of agency. When she tries to protest, she is told it was all in the contract she signed with the facility.

Judith’s phone is taken away. She and most other residents aren’t allowed to go outside. She befriends three fellow residents: Roland (Bruce Davison), Trish (Jill Larson), and Ruth (Fran Bennett). They seem to be livelier and more optimistic than the other residents.

The first time that Judith sees the monster is when she spots it standing over Annette’s bed. When she tries to tell the nursing home staff about it, they dismiss it as a dream. After a second such episode, the resident doctor diagnoses Judith with dementia. Her medications are increased, and her family is told not to entertain Judith’s claims as it will apparently be detrimental to her treatment.

Before Annette dies, she gives a piece of paper to Judith. On it, Annette wrote down the names of everyone that has seen the monster. Most of them are dead. Judith discovers that her name is at the bottom. She correctly deduces that something supernatural is going on at the manor and tries to escape. She even gets out of the facility with her grandson’s help, but her daughter informs the facility, and they come to take her back there.

The Manor Ending: What Is the Monster? Is Roland Dead?

In ‘The Manor,’ the monster is part of the Celtic concept of the Tree of Life. It is presumably a deity that grants longevity and regeneration. However, as Roland explains in the climactic sequence, immortality and youth require a hefty price to be paid. Roland, Trish, and Ruth are witches. They sacrifice the remaining years of their fellow residents to their god in exchange for regaining their youth for the time between midnight and dawn, the witching hour. 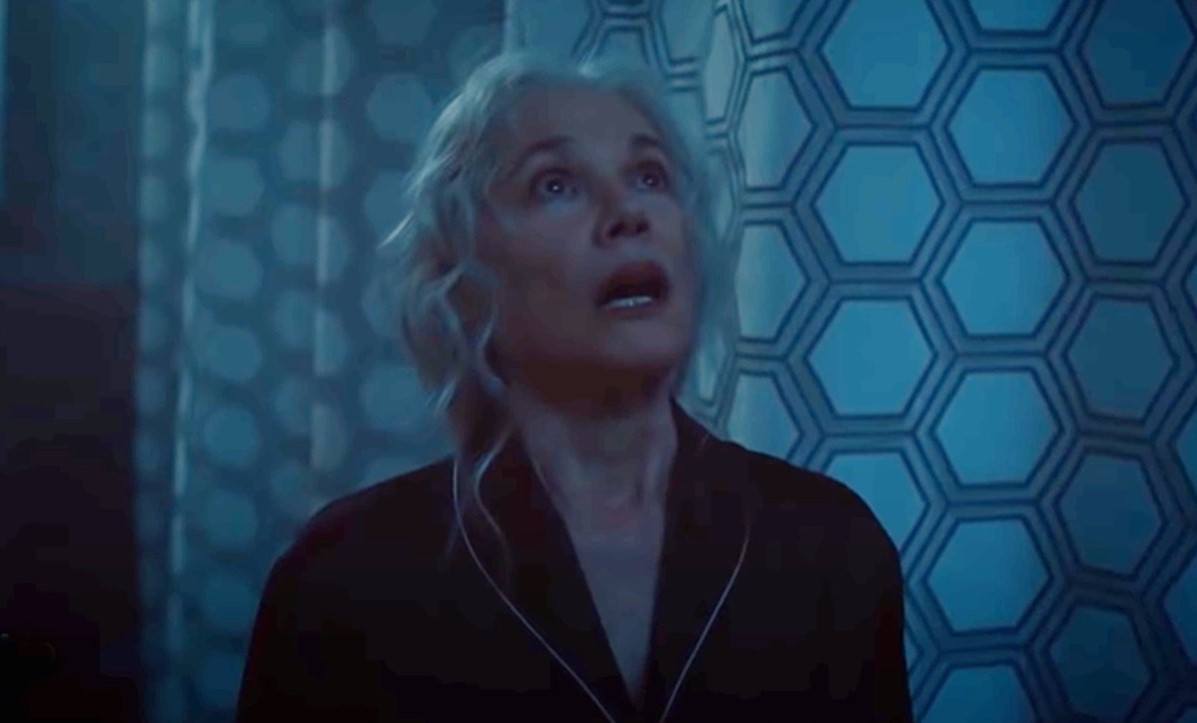 They have been doing this for a long time with the help of their family members. Roland has Ms. Benson, Trish has Gary, and Ruth has Elizabeth. All six of them likely have the sigil of the oak tree imprinted on their arms, binding them to each other and the Tree of Life. When Judith and Josh accept Trish and Ruth’s proposal to join them, the sigil appears on their arms as well.

Yes, Roland is dead. When Roland calls forth the monster of the Tree of Life, he believes that the hair he has in hand belongs to Judith, taken from the comb he or one of his accomplices stole from her room. What he doesn’t know is that Judith replaced her hair with his own earlier when she and Josh sneaked into his room. So, he inadvertently sacrifices himself to the Tree of Life. The monster emerges from the tree, drains the remaining life from Roland, and then returns to the tree.

Why Do Judith and Josh Accept Trish and Ruth’s Offer?

Judith was about to take her own life right before Josh barged into her room and declared that he believed her. Time has taken a lot of things from her, and as mentioned above, after moving into the facility, she loses her agency. The nurses around her treat her like a child who needs to be coddled every moment. And Barbara doesn’t seem to be any better. But the real blow comes when Josh doesn’t believe her. Alienated and heartbroken, she decides to make the only choice that she still can and deny Roland and others the chance of taking the remnants of her life from her. 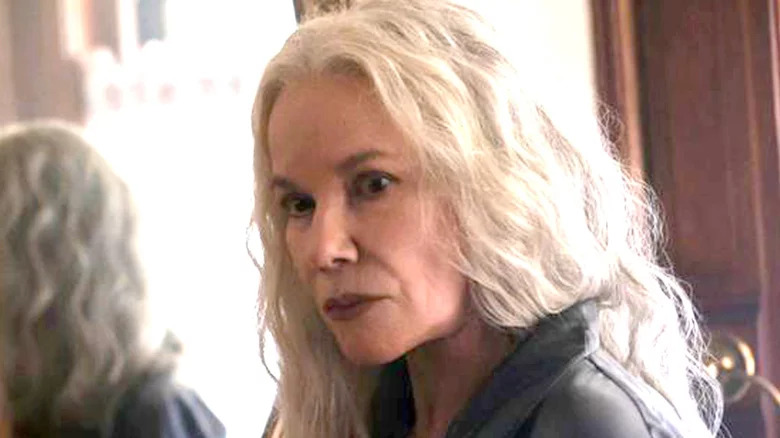 But Josh’s sudden appearance in her room changes all that. It proves to her that he still trusts her and believes in her lucidity. Empowered by that notion, Judith tricks Roland into sacrificing himself to the Tree of Life. But what Trish and Ruth propose afterward turns out to be too immense and tempting to ignore. Josh has experienced deaths in his life, and he doesn’t want to lose his grandmother. For Judith, the other two women’s proposal offers her a path to escape the shackles of age. They definitely know that if they agree to this, then they will become the very thing that they despised a moment ago.

However, ultimately, it becomes immaterial. The film is quite nihilistic in this regard. With the ending scene, it demonstrates that people are inherently selfish. The protagonist that the audience has been cheering on since the beginning of the film turns out to be no better than the antagonist. The film drives home this point by showing Judith replacing Roland among the witches. Every night, during the witching hour, time reverts for her, and she gets to dance to her heart’s content.