15 Bollywood Child Actors: Then And Now

Acting is an art that comes naturally to some people. No amount of classes can make somebody a better actor. Some people have it in them since their very childhood, while others try hard to fit in despite all their efforts. Bollywood has seen some great actors, who started out as children in movies and made it big eventually, while there are also certain others, who began on a promising note, but somewhere down the line, lost track. Here’s the list of Bollywood child actors and what are they up to now. 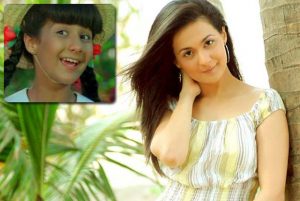 While she played Kajol’s younger, practical and sensible sister Chutki in the evergreen romantic film ‘Dilwale Dulhania Le Jayenge’ in 1995, Pooja Ruparel’s first stint on the big screen was also in an Shah Rukh Khan film. She played an orphan Munna, crying and wailing, trying to melt the pompous King Uncle’s heart in the titular movie, which brought her fame. Post the success of ‘DDLJ’, she took up several acting assignments and was recently seen in Anil Kapoor’s teleseries ‘24’. 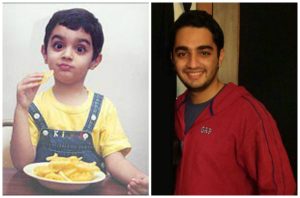 He appeared in an oil brand’s commercial long time ago, uttering only one word – jalebi – immortalizing it. He then featured in Karan Johar’s ‘Kuch Kuch Hota Hai’ and had only one dialogue – Tussi jaa rahe ho? – and made it memorable too. That is when Parzan Dastur was noticed by several filmmakers, who started approaching him for roles. Later when he grew up, he assisted some known directors in their movies. Currently, Dastur is busy honing his acting skills and is all set to return to films as an adult. 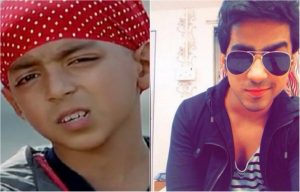 He was a popular child actor on the small screen, where his roles remained constant; but Anuj performed so well that movie directors wanted to cast him in their films. He got his first big screen acting assignment from Rakesh Roshan’s Filmkraft Productions in ‘Koi…Mil Gaya’, in which he played Hrithik Roshan’s Sardar friend. Anuj then moved to television again, playing a teenager’s role in season two of ‘Parvarrish’. Currently the 26-year-old is busy preparing himself for his big break in movies as an adult and we hope he returns with a bang! 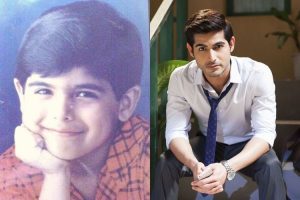 When he innocently danced to Chhota bachcha jaan ke humko in ‘Masoom’, audiences loved the little lad immediately. Master Omkar, as he was called, appeared in movies like ‘Judwaa’, ‘Hero No. 1’, ‘Judaai’ and ‘Mela’ to name a few, which earned him recognition as a talented child actor. As years passed, Omkar chose to go behind the camera and assisted some renowned directors, but his heart lay in acting, to which he successfully returned with ‘Pyaar Ka Punchnama 2’ in 2015. 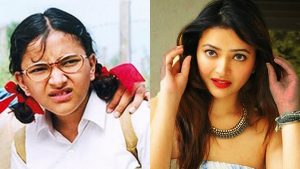 She had made quite a good start in the film industry with her dual role in Vishal Bhardwaj’s ‘Makdee’, for which she received the National Award for Best Child Actor. Her acting skills brought her offers in offbeat yet critically acclaimed movies, in which she excelled too. She also tried her hand at television before she headed South. Shweta got embroiled in a high-level prostitution racket in 2014 but made it back to films and was last seen in ‘Badrinath Ki Dulhania’ in early 2017. 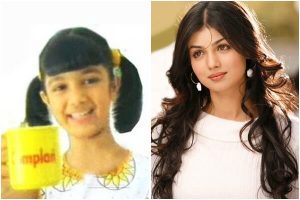 Alongside Shahid Kapoor, Ayesha Takia appeared in a health drink commercial as a child, due to which she bagged a chance to work in a video album for Dandia Queen Falguni Pathak. This brought Ayesha her share of fame and she was signed by directors for their films subsequently. Currently away from the arch lights, Ayesha is married to Farhan Azmi and is a hands-on mom to their son. 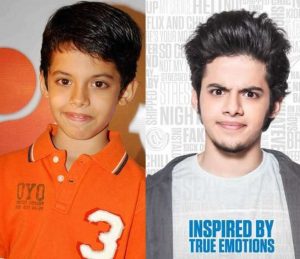 This actor, whose potential was tapped by none other than Mr. Perfectionist Aamir Khan, pulled off a great performance in ‘Taare Zameen Par’ as a child suffering from dyslexia. Appreciated for his act across the globe, Darsheel appeared in a few duds post his debut film and couldn’t leave a mark. News is now rife that Darsheel is all set to star in a film called ‘Quickie’ as an adult and we are waiting to see how well he has refined his acting skills! 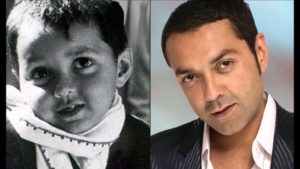 He started out as a child actor, appearing in one of the scenes with his famous father Dharmendra in ‘Dharam Veer’ and later went on to act in a long list of films as an adult, among which, most failed at the box office unfortunately. Bobby, who is a trained disc jockey, recently performed at a night club in Delhi and left party animals fuming. Post the showdown, Bobby decided to turn to films again and was recently seen in ‘Poster Boys’ with Shreyas Talpade and Sunny Deol. 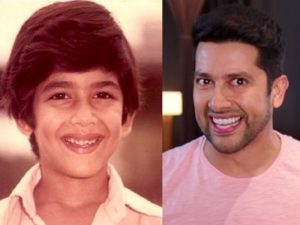 Not many know that Aftab was a ‘Farex Baby’ when he was only 14 months old, following which, he appeared in several television commercials. He then entered the film industry with Shekhar Kapur’s sci-fi film ‘Mr. India’ when he was 9-years old. Aftab’s debut film as an adult was Ram Gopal Varma’s ‘Mast’ opposite Urmila Matondkar, which brought him laurels but not many films! Aftab, now married to Nin Dusanj, appears in multi-starrers, specifically sex-comedies – a genre he greatly dislikes! 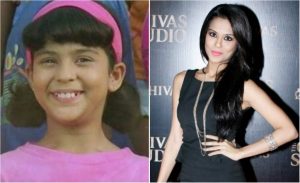 She played Shah Rukh Khan’s and Rani Mukerji’s bubbly daughter in ‘Kuch Kuch Hota Hai’ in 1998 and won our hearts. She then took up television offers as a child actor before turning to the big screen again as an adult, appearing in a supporting role in the successful ‘Student Of The Year’ in 2012. The dusky actress was back in the limelight recently, when she was seen in reality shows like ‘Fear Factor: Khatron Ke Khiladi’ and ‘Jhalak Dikhhla Jaa’. 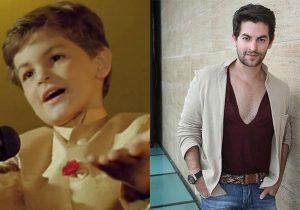 Born into a musically-inclined family, Neil Nitin Mukesh, grandson of legendary singer Mukesh, surprisingly started his career as a child actor way back in 1988. He was seen in brief appearances in his earlier movies, and later pursued an education before returning to the arena as an adult in ‘Johnny Gaddaar’. Although his subsequent films bombed at the BO, Neil is currently exploring the darker side and is happy playing the antagonist in his films. 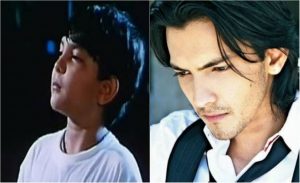 Son of playback singer Udit Narayan, Aditya began his career as a singer in the film ‘Rangeela’ and then appeared as a child actor in Shah Rukh Khan’s ‘Pardes’. He was also seen in a couple of Salman Khan’s movies, post which he headed straight to the small screen as an anchor when he grew up. His films as an adult failed at the box office and currently the singer takes up mostly singing assignments in some films, though his recent run in with an airline official at the Mumbai airport makes us wonder whether he has really grown up! 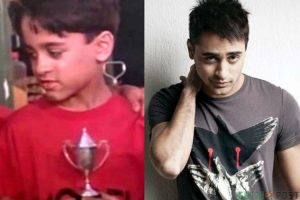 He bared his bum on the big screen when he was young and didn’t even shy away from it! Imran Khan was first seen as a child actor in his uncle Mansoor Khan’s ‘Qayamat Se Qayamat Tak’, where he played Aamir Khan’s childhood role and was cast in ‘Jo Jeeta Wohi Sikandar’ as Jr Aamir Khan again. Post his stints, he returned to the US to learn the technical side of filmmaking, only to return to Mumbai to be cast as a lead actor in the commercially successful ‘Jaane Tu…Ya Jaane Na’. Most of his subsequent films did not do well and Imran was written off as a one-film wonder by the media. He is now away from the cameras happily playing the family guy! 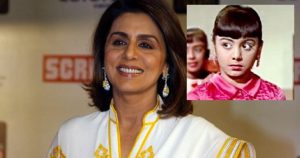 She started her acting career at the age of 8 in a film called ‘Suraj’, but came into the limelight two years later with ‘Do Kaliyan’. Gradually, with over 55 films till she turned 22, Neetu Kapoor chose family over films and decided to settle down with co-actor Rishi Kapoor, with whom she had fallen in love on the sets of their film. She retired from the film industry to raise her children – Riddhima and Ranbir – and never felt the need to work again, until she was offered ‘Love Aaj Kal’ in 2009, opposite her husband. Neetu now makes brief appearances in films alongside Rishi and is happy playing an off-screen grand mom to her daughter’s child Samara. 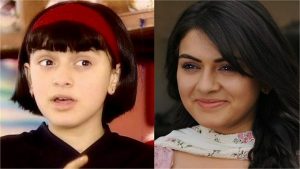 Quite a favourite of the Hindi television industry back in the day, Hansika Motwani started out as a child actor, appearing in many TV serials. She then shifted to the big screen, playing Hrithik Roshan’s friend in ‘Koi… Mil Gaya’ and then moved on to play main leads in the South Indian film industry, particularly appearing in Tamil and Telugu movies, opposite some of the biggest names in the business. Hansika was the cutest child actor on the scene before she courted a few controversies and made a mark for herself down South.