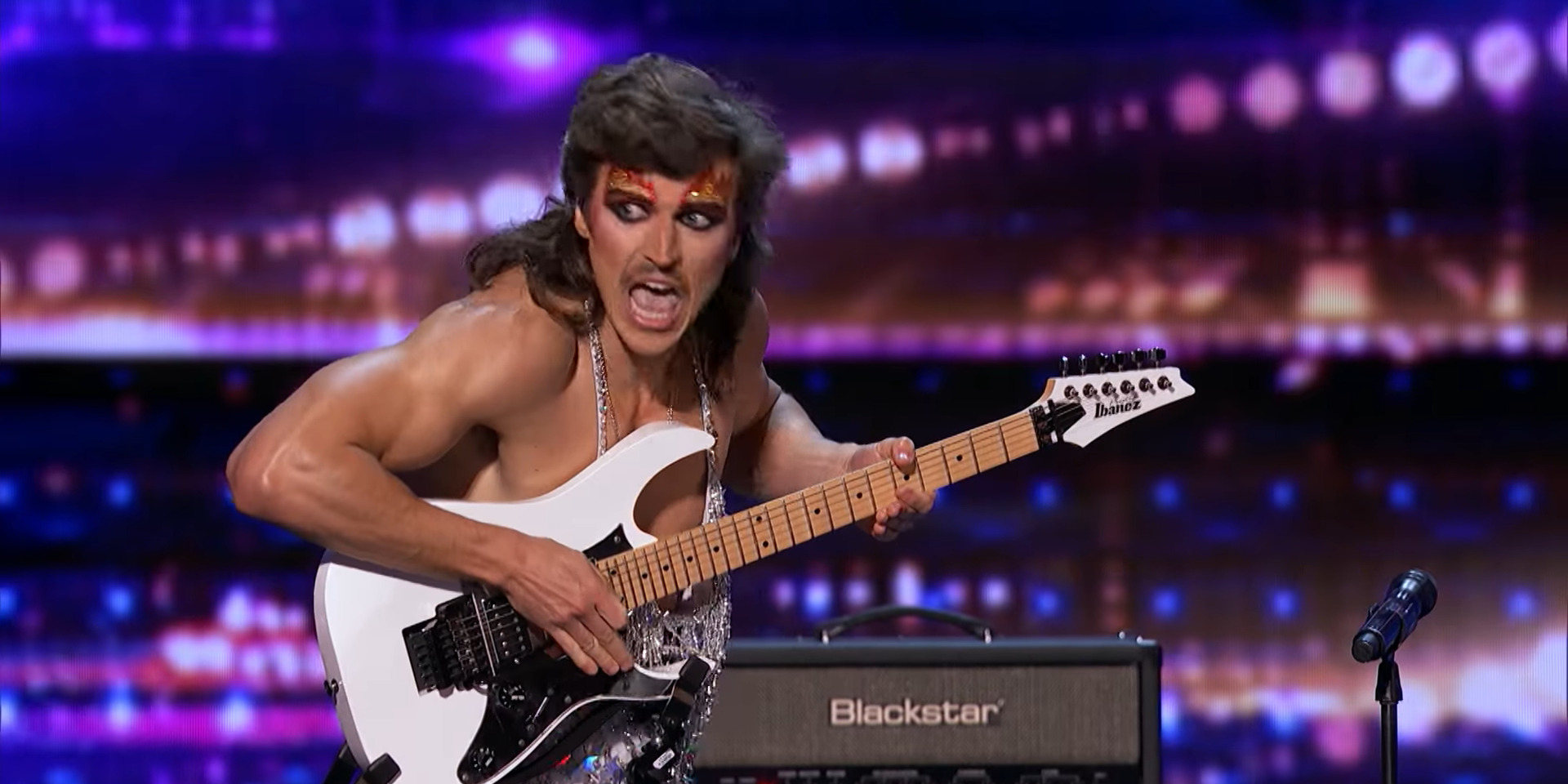 NBC’s top-rated summer show, ‘America’s Got Talent’ has been entertaining the audiences since June 2006, by offering a platform to uniquely talented individuals/duos/groups ranging from singers, dancers, magicians, impressionists, comedians, and many others from across the world. The fifteenth season premiered on May 26, 2020, and opened to a fantastic response from the audiences for its amazing lineup of contestants.

One of the highlights of Season 15 is Bonavega, the glam rocker, who has struck a chord with the viewers and judges with his unusual yet engrossing act. In case you are intrigued to know more about his life, we are here to help you out!

Bonavega Nationality: Where is He From?

Bonavega hails from the city of Toledo in Lucas County, Ohio. Bonavega’s real name is Brandon Wilbarger; he was born to strict American parents. While growing up in the small town, Brandon served as a DJ, and on his first gig itself, he gave birth to his alter-ego, Bonavega, a name that sounds kind of Euro and liberates his very being.

The artist soon realized he would have to let go of his true identity to fit into the mold of a typical Toledo native. Therefore, he decided to pack his bags and bid adieu to his stifling religious hometown, driving straight to the heart of Los Angeles – Hollywood. Since then, Bonavega has stayed true to his art form and allowed his creative juices to flow through his music. He currently resides in Los Angeles, California, and is still in awe of the progressive atmosphere and embracing nature of the city.

The 31-year-old Los Angeles-based artist has found his footing in the music scene of LA and can often be spotted mesmerizing the audiences at live shows and events.

To a style that is inspired by legendary rock bands/artists like Queen, Talking Heads, Led Zeppelin, David Bowie, Duran Duran, and Reggie Watts, Bonavega adds a dash of his innate quirkiness.

The new face of performance-based, theatrical pop-music runs a YouTube channel where he drops scintillating and peppy singles, and each one of them stands out from the lot. Bonavega has even collaborated with Curtis Pickell and Adam Beris on his song, ‘Beautiful People.’ Check out his best one yet – Stargazer!

The model’s Instagram profile is filled with pictures depicting his trademark aesthetic. Kudos to the people behind those vibrant costumes and flawless makeup!

Oh, lookie here! The man also has his official merchandise. In case you wish to catch one of his live shows, you can check out the lineup at his regular spot – Harvard and Stone on Hollywood Boulevard or take a glance at his Instagram profile.

Bonavega Prediction: How Far Will He Go?

Bonavega has managed to thrill the judges and captivate the audiences with his energetic and dynamic performance in Auditions Round 2. Check out how he owns the stage and shocks everyone with his first-rate performance!

I mean, had David Bowie and Freddie Mercury been alive, they would’ve instantly smashed the golden buzzer and sent him way ahead in the competition. It is an understatement to say that the solo-guitar artist and performer would provide unadulterated entertainment every time he will hop on the stage. Combine his unapologetically eccentric and poised personality, with his charismatic dance moves, punk rock vibe, and powerful vocals, and you have a winner!