In early 2014, a horrific shooting on the driveway of a home in Romeoville, Illinois, was perpetrated by a boyfriend who just couldn’t let go. Investigation Discovery’s ‘Forbidden: Dying for Love: A Mother’s Nightmare’ chronicles how teenager Briana Valle ended up getting murdered sometime after breaking up with her boyfriend, Erick Maya. The show focuses on how Briana met Erick and what precipitated the shooting. So, if you’re curious to find out more, we’ve got you covered.

How Did Briana Valle Die?

Briana Valle was born in July 1998 and initially lived with her family in Little Village, Illinois, before moving to Romeoville. She was known for her excellent fashion sense and loved spending time with her friends and family. The 15-year-old was a freshman at the local high school and about to get there when the attack happened. At around 6:50 am on February 13, 2014, Briana and her mother, Alicia Guerrero, were in the car out on their driveway, gearing up for a drive to the school.

Just then, a hooded assailant came by on Briana’s side and shot her in the head. Alicia was also shot in the neck as she begged the attacker not to shoot. The mother then alerted the neighbors as she screamed and used the car alarm. People came rushing by to find Alicia bleeding and Briana unresponsive. They were both rushed to the hospital, but sadly, Briana was declared brain dead and died four days later.

When Briana Valle was 13-years-old, she met a guy online and began to talk to him. At the time, she had been using her mother’s Facebook account for these conversations. The person was eventually identified as Erick Maya. As per the show, despite being in his early 20s, Erick initially lied to Briana about his age, claiming he was 16. The two began a relationship, and in August 2012, Briana ran away from home to live with him. 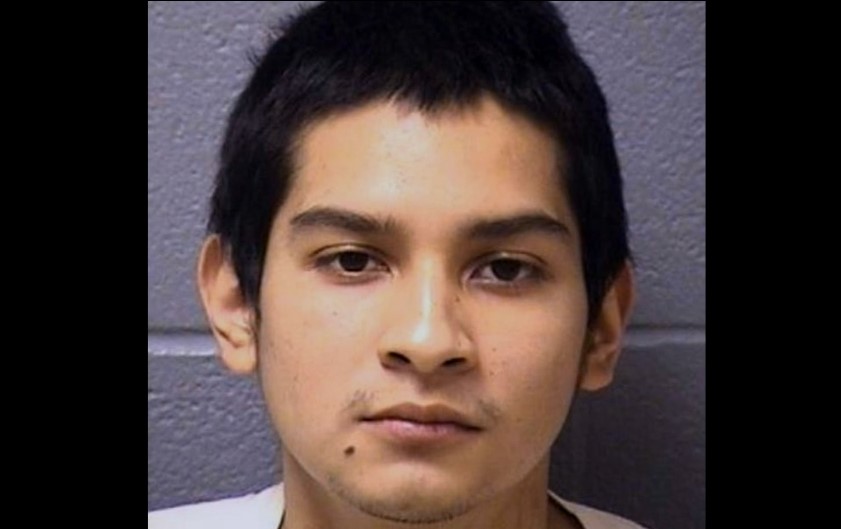 A desperate search for Briana ended when her mother found out about the Facebook messages and eventually tracked her down. Once Briana was back home, Alicia forbade her to talk to Erick, who was much older than her. However, they continued their relationship, with Erick even proposing to her at one point. To keep them separated, Alicia and her husband chose to move to Romeoville in October 2013, about 30 miles away.

The change of scenery seemed to work out, with Briana making new friends and dating a boy closer to her own age. However, Erick’s obsession with her didn’t go away. He sent threatening messages, saying he would rape everyone in the family. One of Briana’s friends later stated that she received intimidating messages on her phone since Briana had sometimes used the device to talk to Erick.

The obsession took a fatal turn in February 2014, when Erick took a cab to Romeoville in the morning and laid in wait for Briana to leave home. He then shot the mother and daughter. Erick was arrested hours later when he was hiding under someone’s porch a few blocks away. Furthermore, one of Erick’s friends testified that a gun found in the area was the one he had given to Erick a few days prior. Then, a roommate testified that Erick was angry about the breakup and had talked about killing Briana.

Where is Erick Maya Now?

Erick, then 24-years-old, stood trial in September 2014. A jury found him guilty of murder, attempted murder, aggravated battery with a firearm, and unlawful use of a weapon. In October 2014, Erick was sentenced to a total of 122 years in prison. Erick was also accused of sexually assaulting two other underage girls in February 2011 and was convicted of beating a 15-year-old girl in 2011. Prison records indicate that Erick remains incarcerated at Pontiac Correctional Center in Livingston County, Illinois. With parole eligibility in 2131, Erick is likely to spend the rest of his life behind bars.