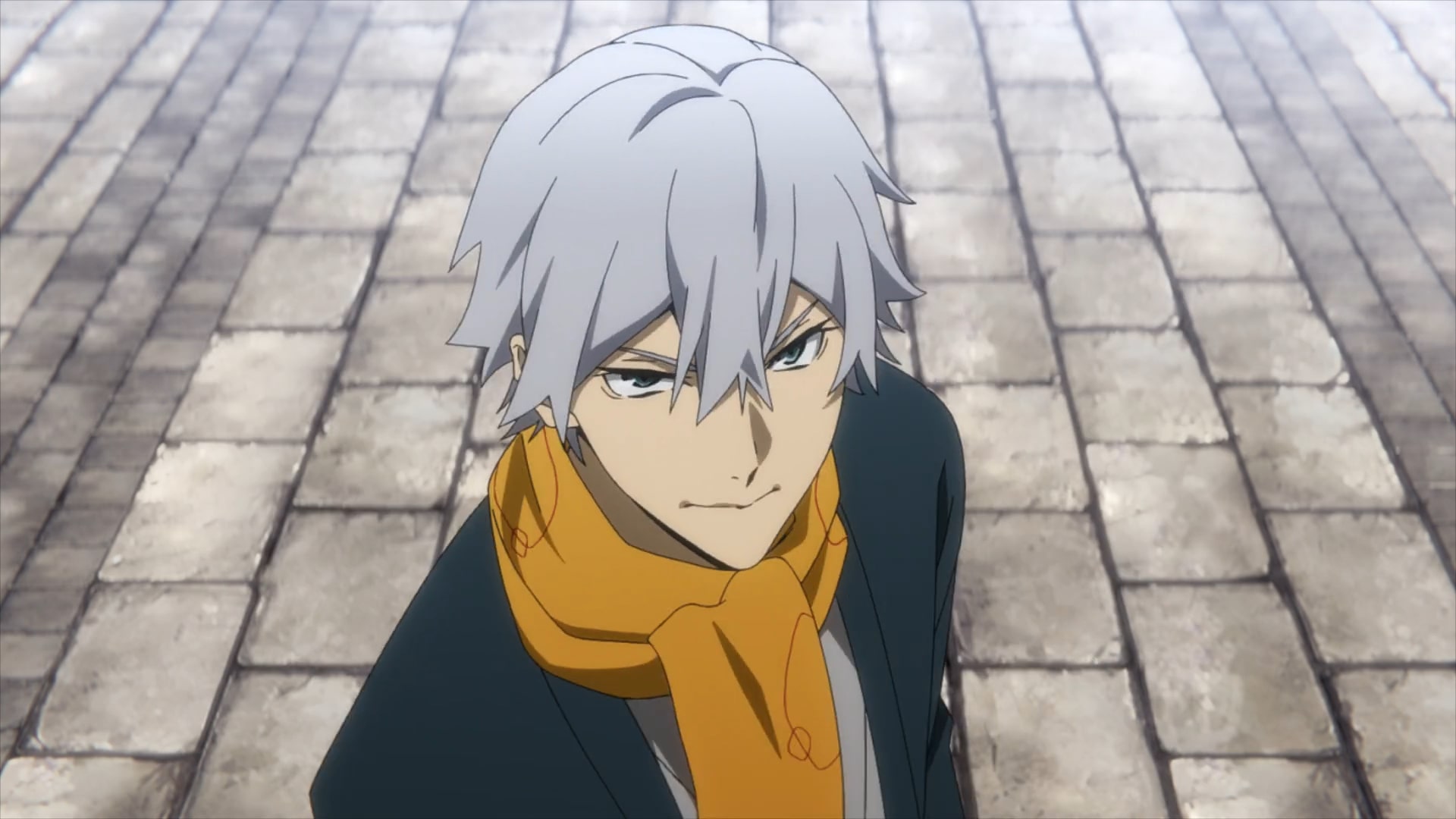 In the third episode of ‘Bungo Stray Dogs’ season 4, titled ‘The Secret Founding of the Detective Agency,’ Ranpo is kidnapped by an organization of ability users that has a twisted goal. When Fukuzawa realizes that he is missing, he immediately springs into action and his efforts lead him to the jail where Oda has been imprisoned. But it soon becomes evident that saving Ranpo is no easy task. Here’s everything you need to know about the ending of ‘Bungo Stray Dogs’ season 4 episode 3. SPOILERS AHEAD!

After Ranpo has almost solved the theater case, he is supposedly being driven to the police station by an officer named Murakami, who shows interest in his ability. Ranpo immediately realizes that the officer does not really trust in his power. Therefore, Ranpo challenges him to ask any questions about the case. When Murakami asks how the man in the suit was kidnapped, Ranpo gives a very accurate explanation detailing that an organic solvent was used to make him unconscious following which his body was rolled up in the carpet to avoid suspicion. 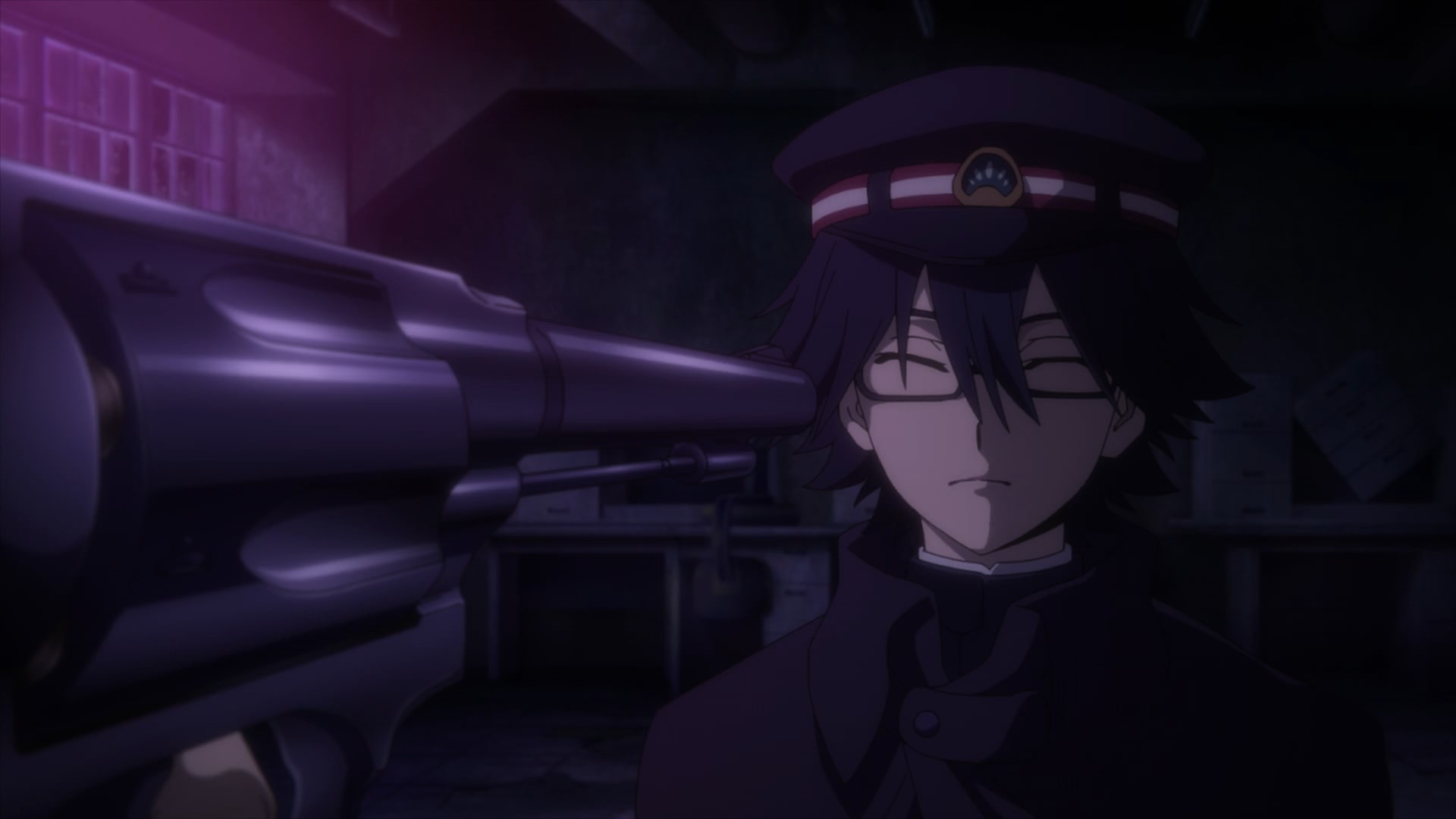 Murakami is impressed but then Ranpo mentions that he too smells of organic solvent and also reveals that he knows that he is not being taken to a police station. It turns out that Murakami works for a criminal organization named V that is trying to get rid of gifted people. Once Ranpo is kidnapped, Murakami offers him an opportunity to work with them, but he declines despite the threat. The situation soon escalates as Murakami points a gun in Ranpo’s direction, preparing to kill him.

As soon as Fukuzawa realizes that Ranpo is missing, he naturally starts looking for him. It is evident that he is not heading to the police station, so Fukuzawa needs to do something as soon as possible. As he leaves the theater, he finds a note that he immediately recalls being put there by Ranpo as he was leaving with Murakami. The note said that Murakami is one of the perpetrators. He then finds the cane used by the kidnapped man who is later revealed to be Souskei Natsume. 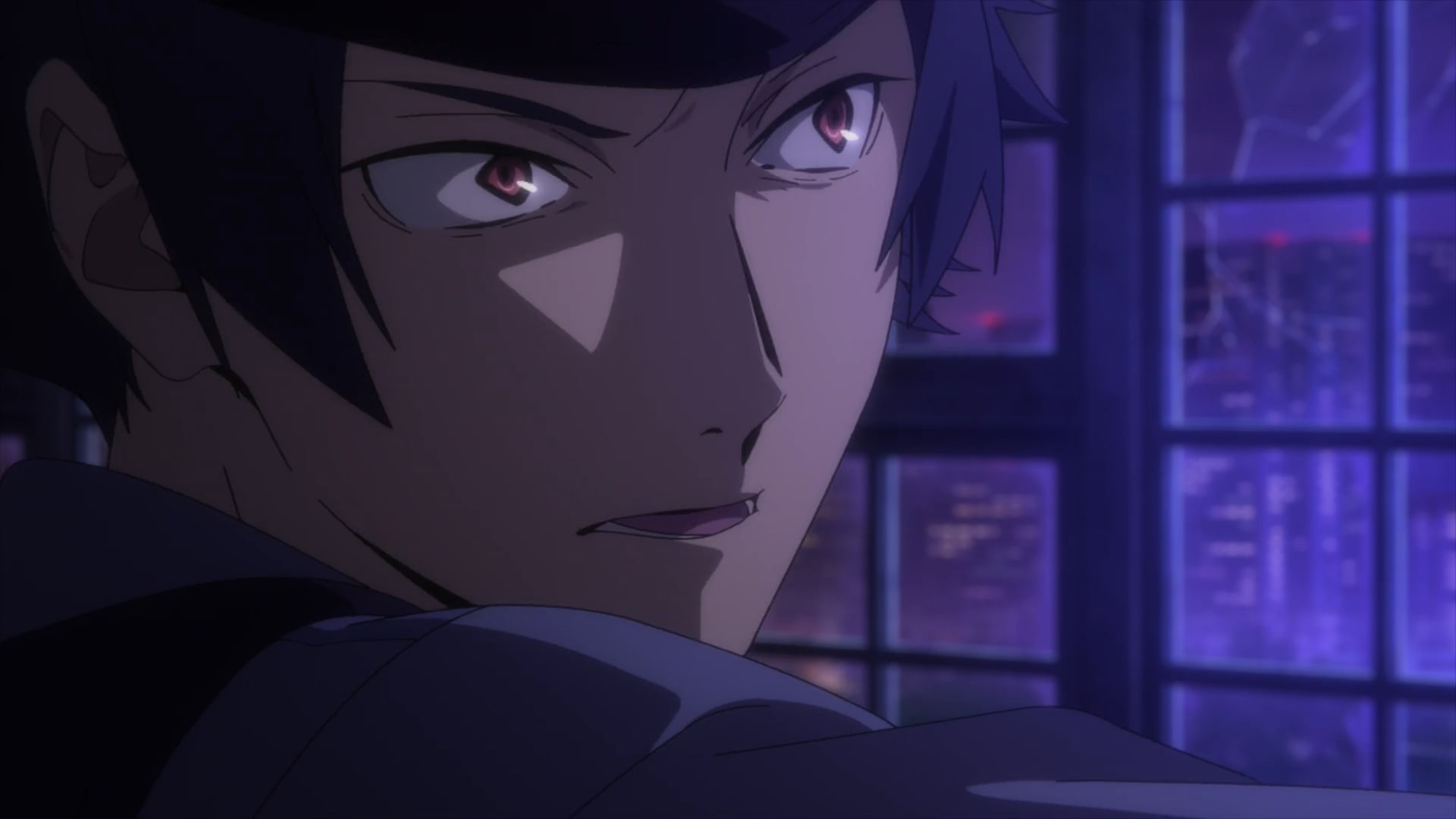 That cane has a memory device that is usually used by a certain government agency. Fukuzawa then takes the device and shows it to Oda, who is currently imprisoned. He then goes on to tell him that this is usually found with people under witness protection. Such people who are targeted by criminal organizations all are gifted. He then tells Oda that he knows that he had probably been in contact with external clients in the past.

So Fukuzawa asks Oda whether he has heard about instances of capturing a Gifted alive. Oda naturally tells him that he can’t take the name of his clients. Interestingly, when Fukuzawa claims that such a request has probably come from an organization called V, Oda says that he does not even want to talk about them. It turns out that this criminal organization specifically targets gifted individuals in order to get rid of them and they are especially interested in Souskei Natsume. 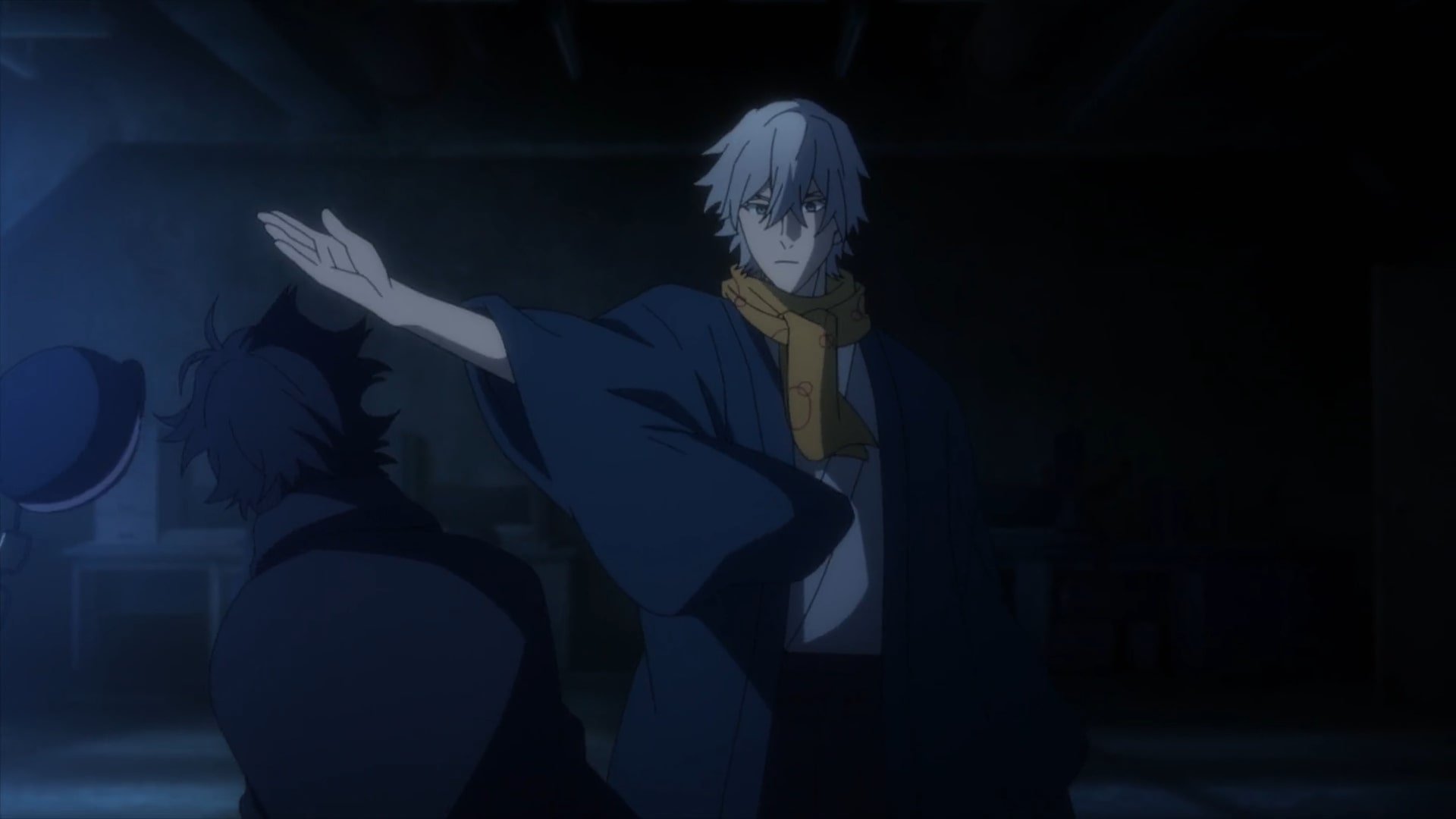 Oda later reveals that killing is a ritual for these people and he does not wish to associate with them in any way. In order to get more intel out of him, Fukuzawa even goes as far as promising his freedom but all that Oda demands from him is curry rice in his cell. Once he is assured that his demands will be fulfilled, he tells Fukuzawa about some of the locations that V operates from. This is more than enough for Fukuzawa, who manages to make it in time and saves Ranpo, moments before things go south. Following his arrest, Murakami is soon disposed of, supposedly by his own people.

What is a Skilled Business Permit? How Does Fukuzawa Create the Armed Detectives Agency? Who is Souskei Natsume?

In the post-credits scene, Fukuzawa takes Ranpo to an underground hall, where the two of them meet the man in the suit from the theater. It turns out that his name is Souskei Natsume and he has mentored Oogai Mori (leader of the Port Mafia) and Fukuzawa in the past. Now that Fukuzawa has made up his mind that wishes to continue helping people, he knows that he will need to lead an organization that is dedicated to that exact purpose. 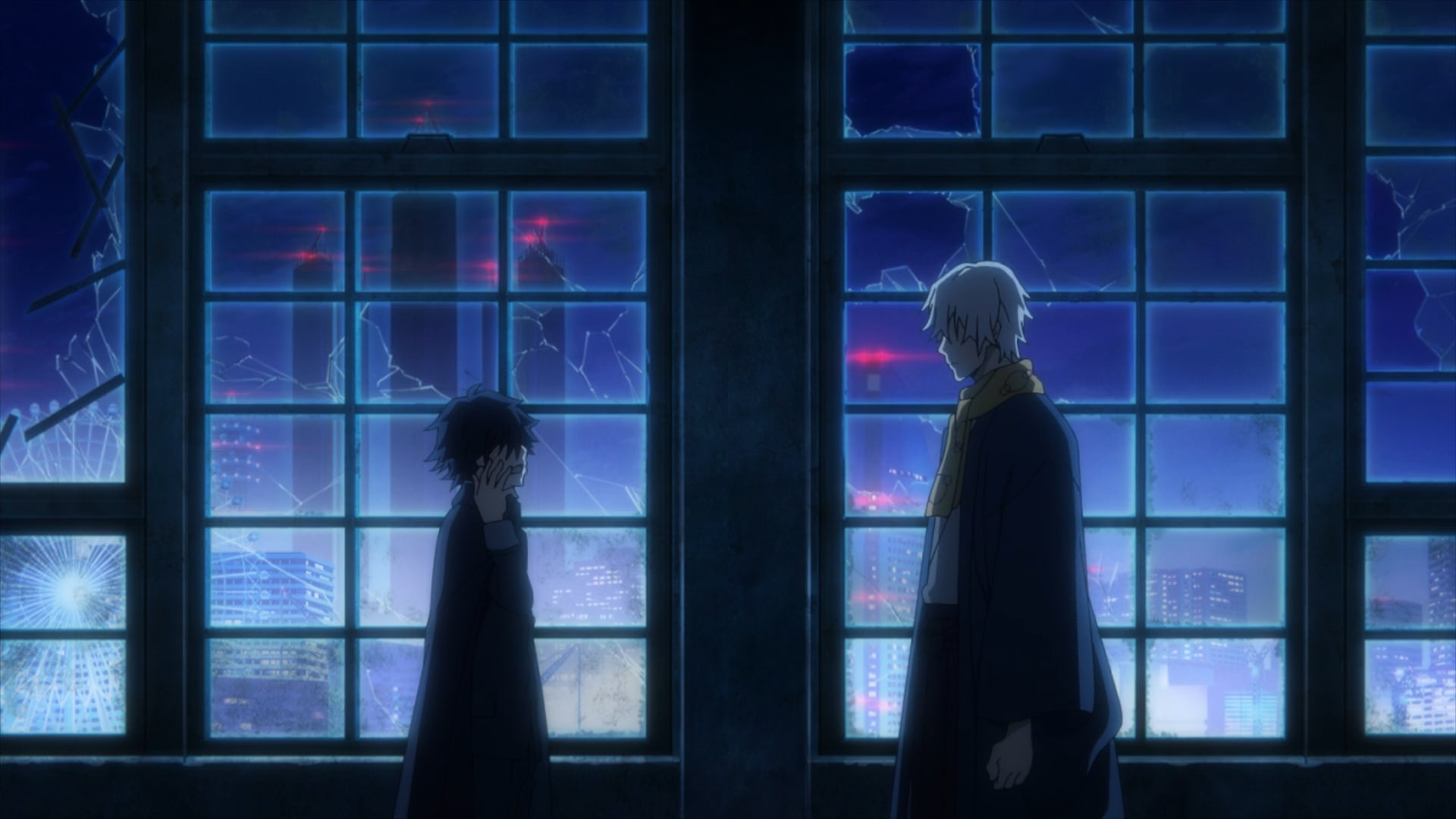 Therefore, he asks for Natsume’s help to acquire a Skilled Business Permit issued by the Special Division for Unusual Powers that gives someone the authority to lead a skill-user organization. This meeting with Natsume marks the final step that leads to the establishment of the Armed Detectives Agency which later add other members and earns public support.