Call of the Night Episode 10 Recap and Ending, Explained 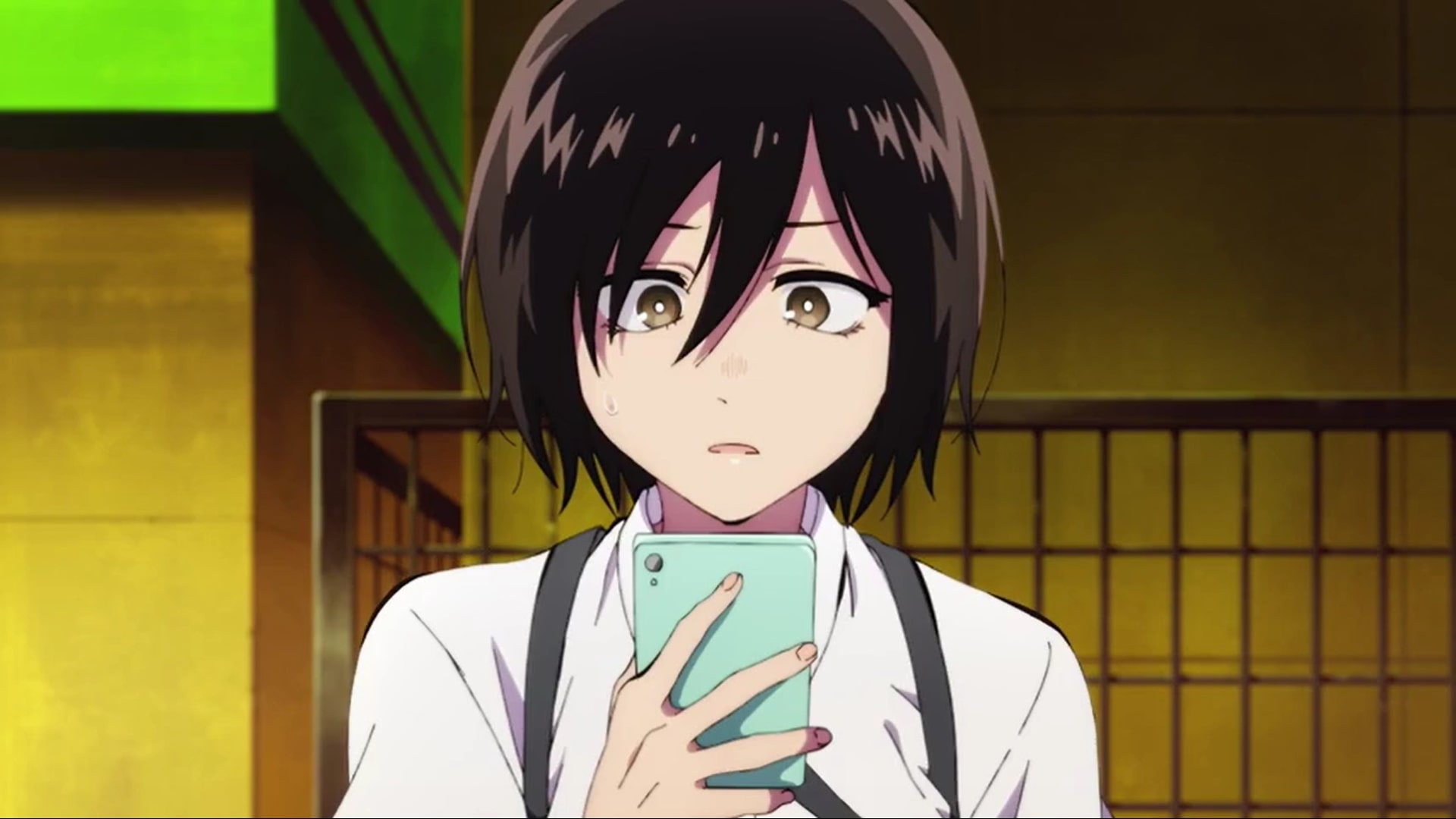 In the tenth episode of ‘Yofukashi no Uta’ or ‘Call of the Night,’ Midori invites people to Maid Cafe Vamp where she works as a waitress. She later takes Nazuna and Kou to the cafe where they meet Arisa. Unfortunately, they are shocked to find out that a customer has captured and uploaded her private images on a public platform. Here’s everything you need to know about the ending of ‘Call of the Night’ episode 10. SPOILERS AHEAD!!!

Call of the Night Episode 10 Recap

Midori stands on the footpath wearing a cute waitress dress to distribute Maid Cafe Vamp pamphlets to potential customers. Unfortunately, one of her colleagues texts her that she won’t be able to make it to work that day. Therefore, Midori must find someone as a replacement. That’s when she accidentally meets Nazuna and Kou. 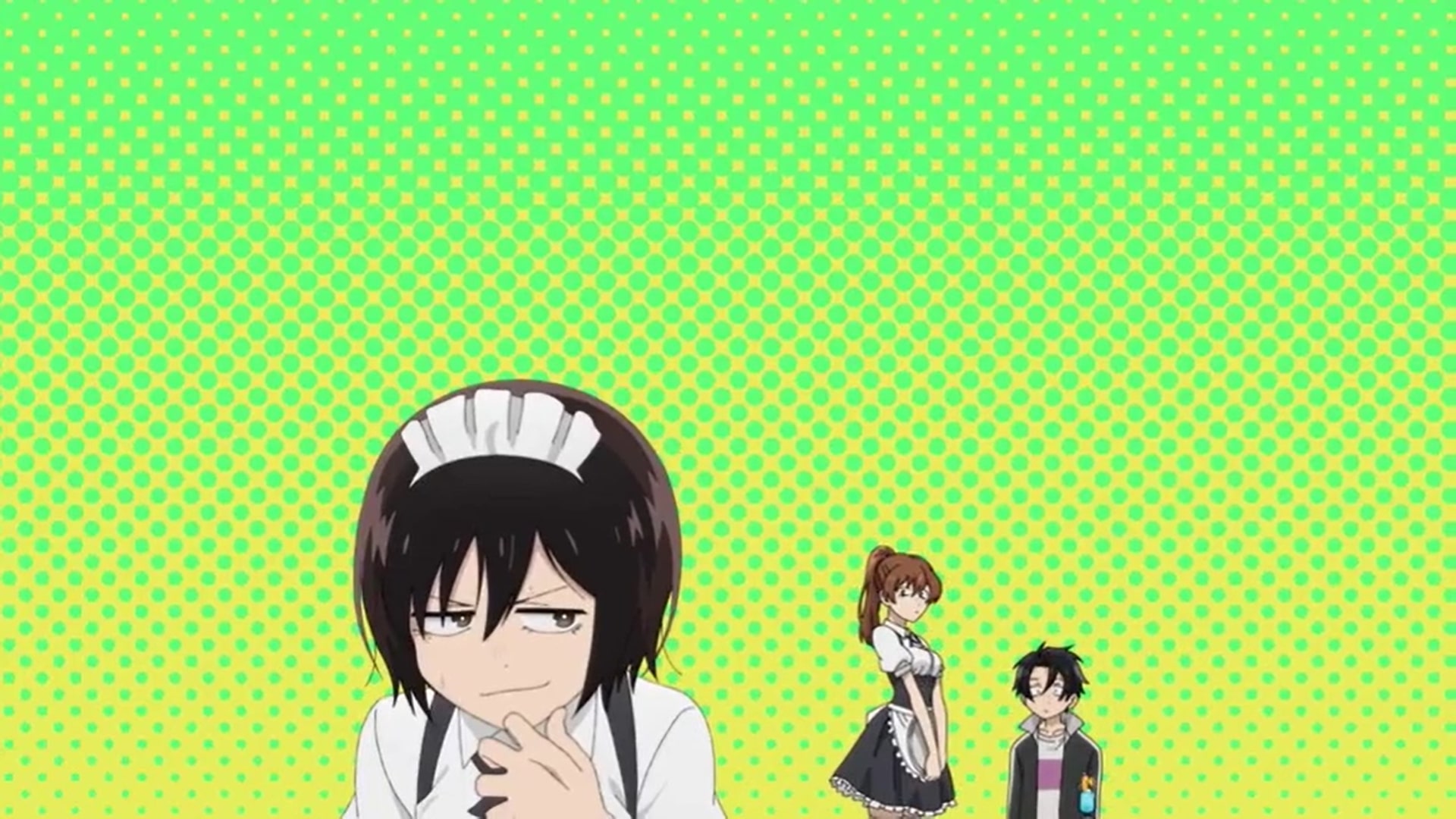 Midori convinces Nazuna to work that day as a replacement at the cafe. Although Nazuna hates the waitress’s dress, she agrees to help as she can earn a few quick bucks. Meanwhile, Kou sits in the cafe where he is greeted by a waitress who introduces herself as Arisa. It turns out that she used to be the highest-rated waitress there until Midori started working at the cafe. Arisa openly admits that she resents Midori a little.

Later that day, Nazuna, Kou, and Midori meet in the staff room. Midori suggests that all of them take a photo together so that she can post it on the cafe’s social media page. Nazuna does not understand why she wants to do something like that but Midori explains that it helps the cafe get more customers and better ratings. While checking the public page for the cafe, Midori notices that someone has clicked Arisa’s private photos and uploaded them on the platform.

Call of the Night Episode 9 Ending: Who is Arisa’s Secret Stalker? Does Kou Catch Him?

After finding out that some customer has been secretly taking Arisa’s photos on the cafe’s social media page, Kou, Midori, and Nazuna are quite shocked. They feel that the culprit must be caught as soon as possible before more such images are released on a public platform. However, Midori is a bit offended by the fact that despite being rated as the most popular waitress at the cafe, no one really tried to take any photos of her. Kou immediately concludes from this that the secret stalker is probably someone who likes Arisa in particular and is not interested in other waitresses. 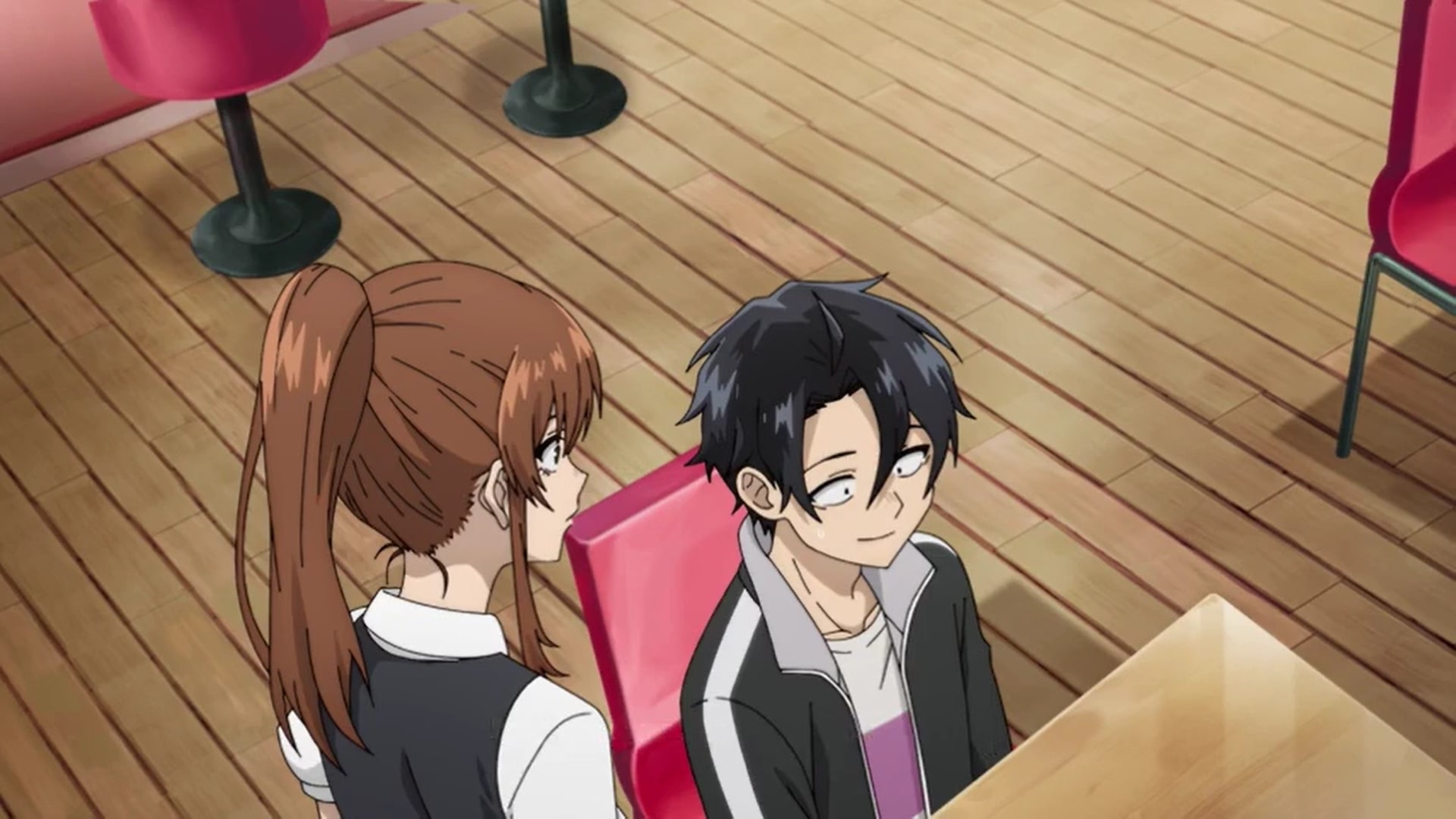 Although his conclusion seems reasonable the trio does not have much evidence to make concrete claims. Therefore, Kou and Nazuna decide to investigate the matter further. When Arisa learns about it, she thanks him for his help. But since she has to change, she asks Kou to excuse her for a few minutes. Kou respectfully runs out of the staff room. But before he goes, he has already realized that the stalker has most likely clicked Arisa’s photos from the window in the staff room as there is no other place there where someone can take such pictures from that angel.

When Kou opened the window, he found that it was connected to a balcony. So, after Kou runs out of the staff room, he notices a locked door to the same balcony and realizes that it could have been used by the stalker. By then Nazuna has also arrived there and she kind of agreed with his conclusions. Since Kou does not want to break the lock, they go to the alley next to the cafe and Nazuna helps him climb to the balcony. It becomes quite obvious that only a vampire could get there, leaving the door to the balcony the only way for the stalker to access the window.

After opening the window, Kou takes Nazuna’s photos from his phone at different angles and comes to a shocking realization. He does not tell Nazuna or Midori anything about it but only claims that he has probably solved the case. Later that day after the shift, he hides inside one of the lockers with Midori, while Nazuna is on the balcony. Oblivious to this, Arisa arrives in the room and starts changing clothes. When she opens the window, Midori and Kou come out of the locker all of a sudden. Meanwhile, Nazuna takes the phone from Arisa’s hand and notices that she has been using a timer to take her own photos so far. 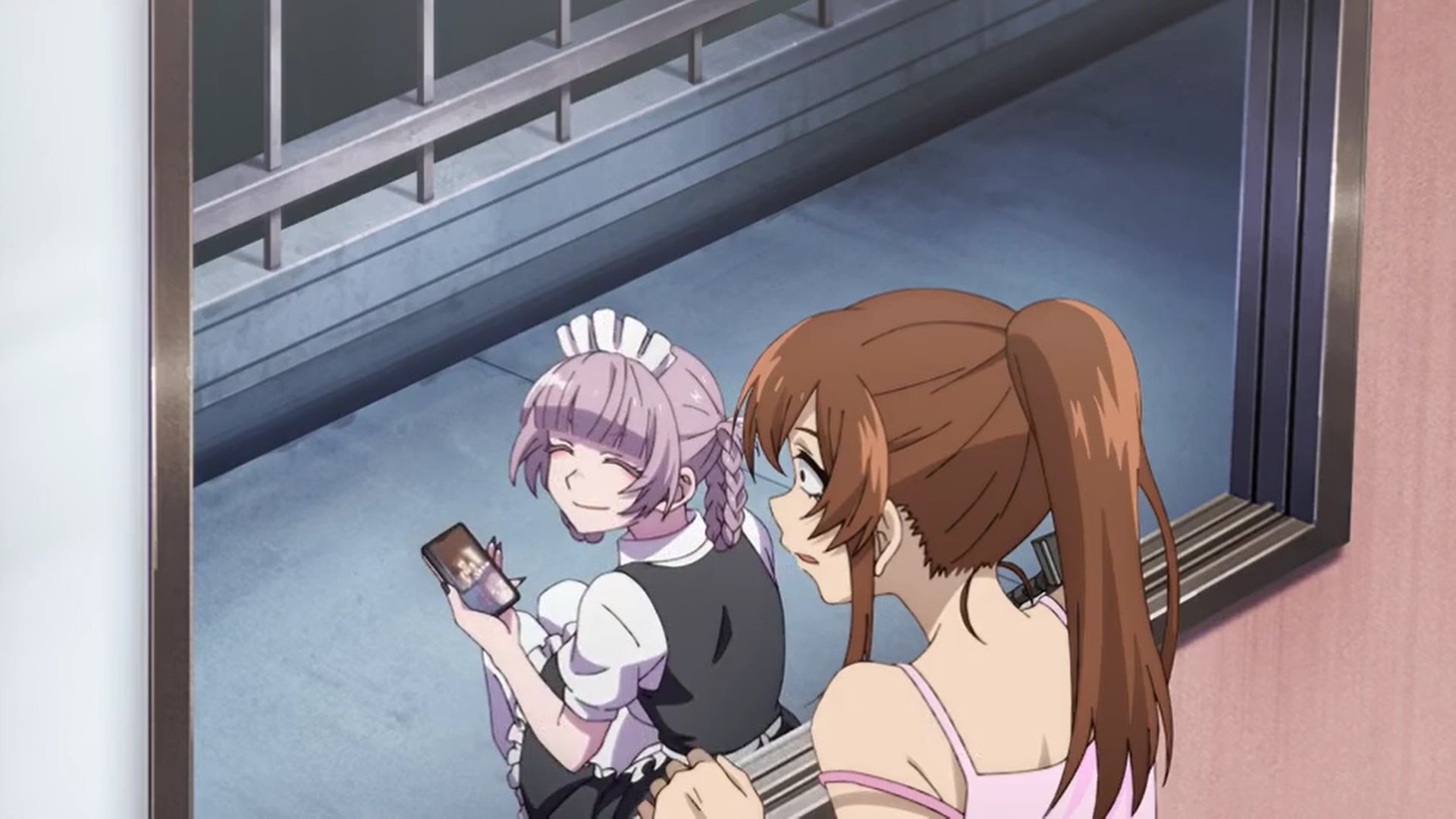 As the four of them sit down to discuss things, Midori comforts Arisa to her surprise. She tells Arisa that she understands her. After being constantly rated second best waitress at the cafe, she naturally felt insecure and to get attention decided to upload such photos on a public platform. Midori reassures her although her actions were not justified, she understands the reasons behind them and it is nothing to be ashamed of. Therefore, to sum up, Arisa did not have a stalker as she herself took photos to get the attention of customers at the cafe.