Call of the Night Episode 9 Recap and Ending, Explained 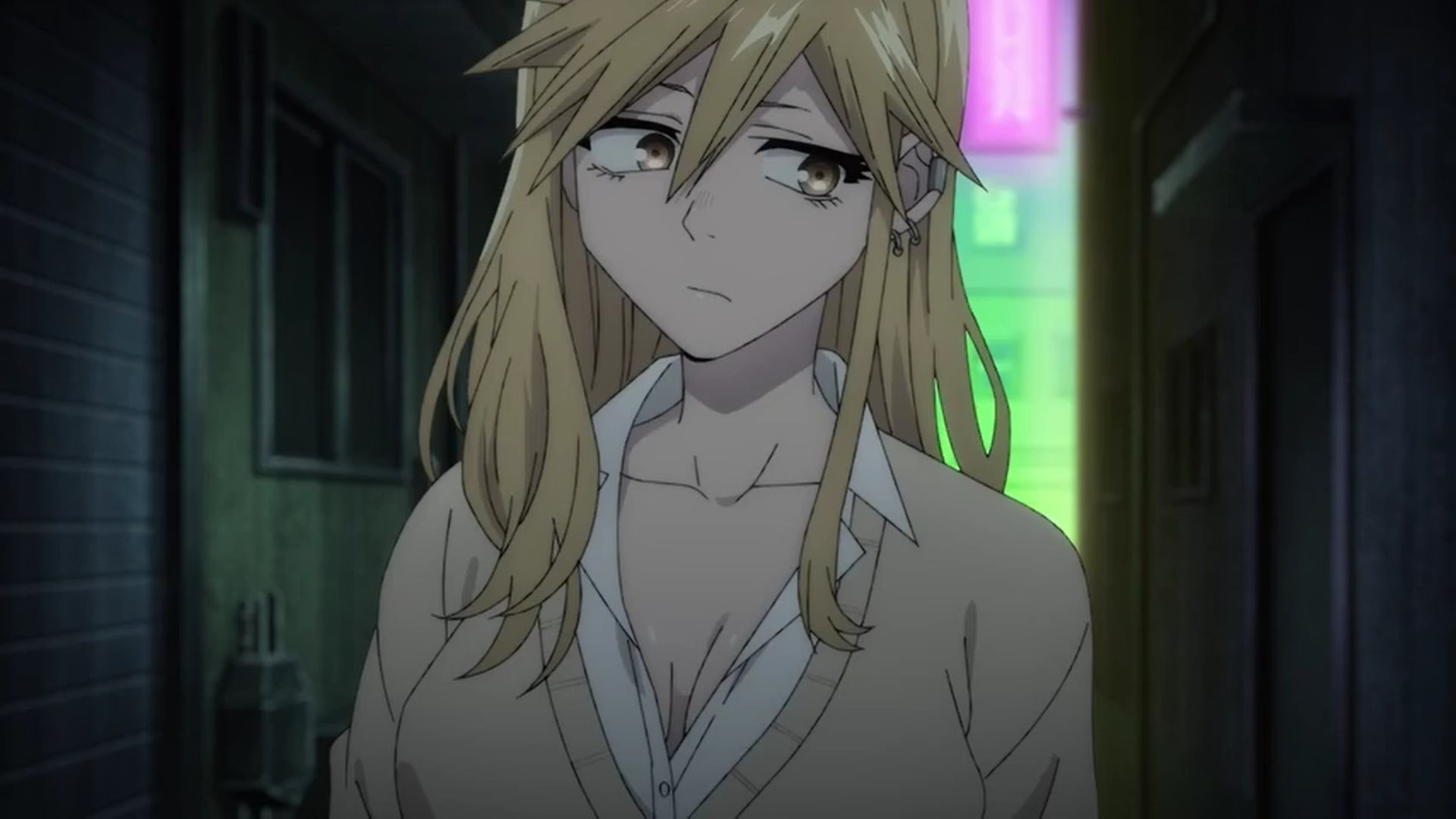 In the ninth episode of ‘Yofukashi no Uta’ or ‘Call of the Night,’ Kou meets Seri and decides to go karaoke with her after feeling that she probably needs some emotional support. Although she is initially reluctant to open up, Seri later tells Kou how her popularity often gets her into trouble and she has to kill people who stalk her. But behind her heartless exterior facade, she is actually struggling with the mundane lifestyle of a typical vampire and just needs a friend. Here’s everything you need to know about the ending of ‘Call of the Night’ episode 9. SPOILERS AHEAD!!!

Call of the Night Episode 9 Recap

As she sits alone staring at the continuous barrage of messages from her lovers on her phone, Seri appears completely dejected. So, when she sees Kou walking on the street, she immediately springs in his direction- most likely to hug him. However, Nazuna sees this as a threat and stops in her track by kicking her face. The two of them have a brief physical altercation after which Seri argues that she did not intend to harm Kou at all. 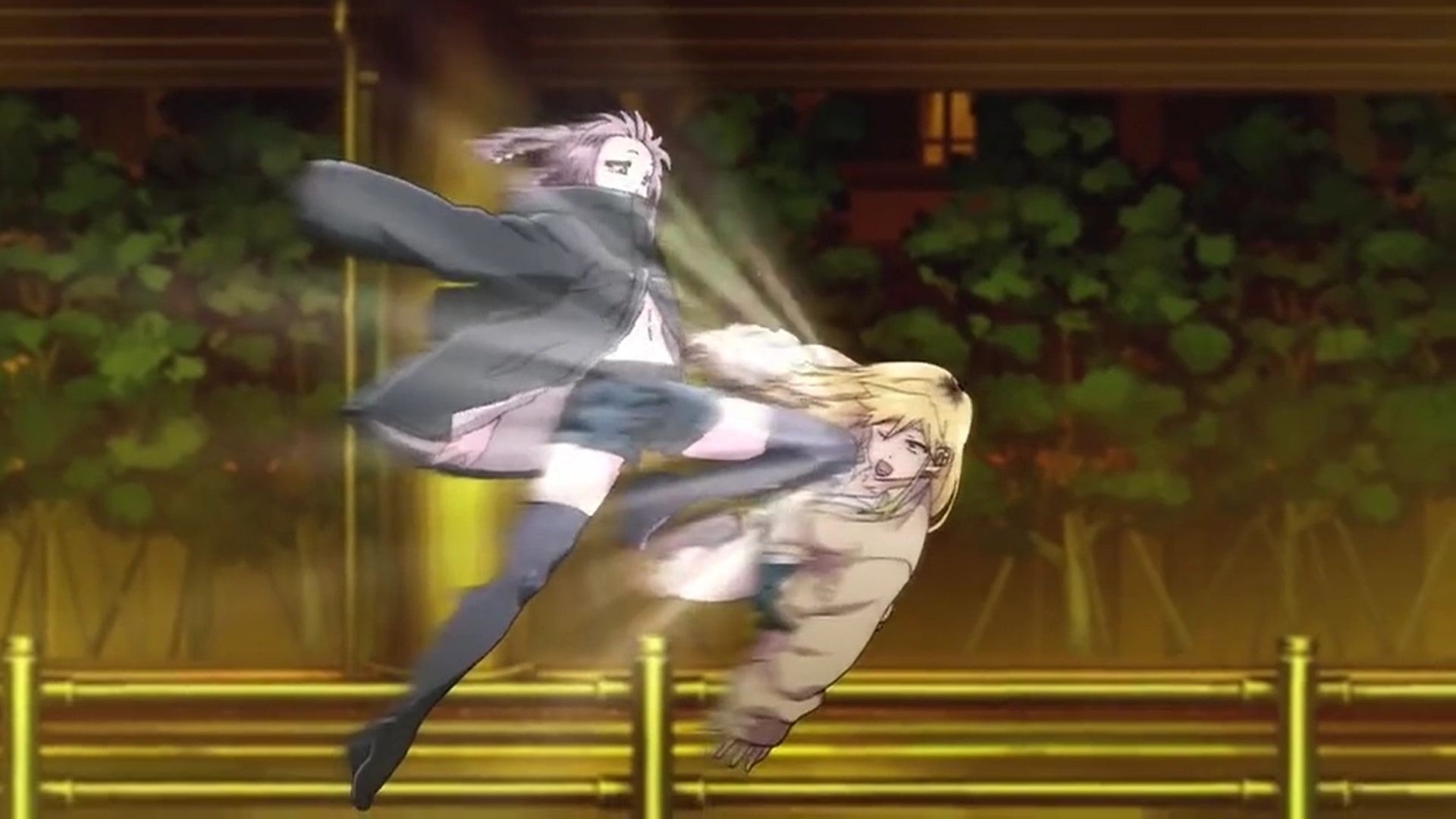 Nazuna claims that she was justified in her actions after what had happened when she met Kou for the first time. As Seri walks away, she suddenly gets called by Kou, who runs toward her with Nazuna nowhere in sight. He asks Seri if something has been bothering her lately and even offers to listen to her vampire problems if she is okay with it. Although it seems that Seri does have some issues on her mind she just changes the topic by asking him to karaoke with her.

At the karaoke, Seri learns that Kou is disconnected from the latest trends and knows nothing about the best songs. He instead plays a 30-year-old song that Seri somehow ends up enjoying. All of a sudden someone (who later turns out to be Akiyama) starts knocking at the door. Seri has been friends with him for a while but has been ignoring him lately. 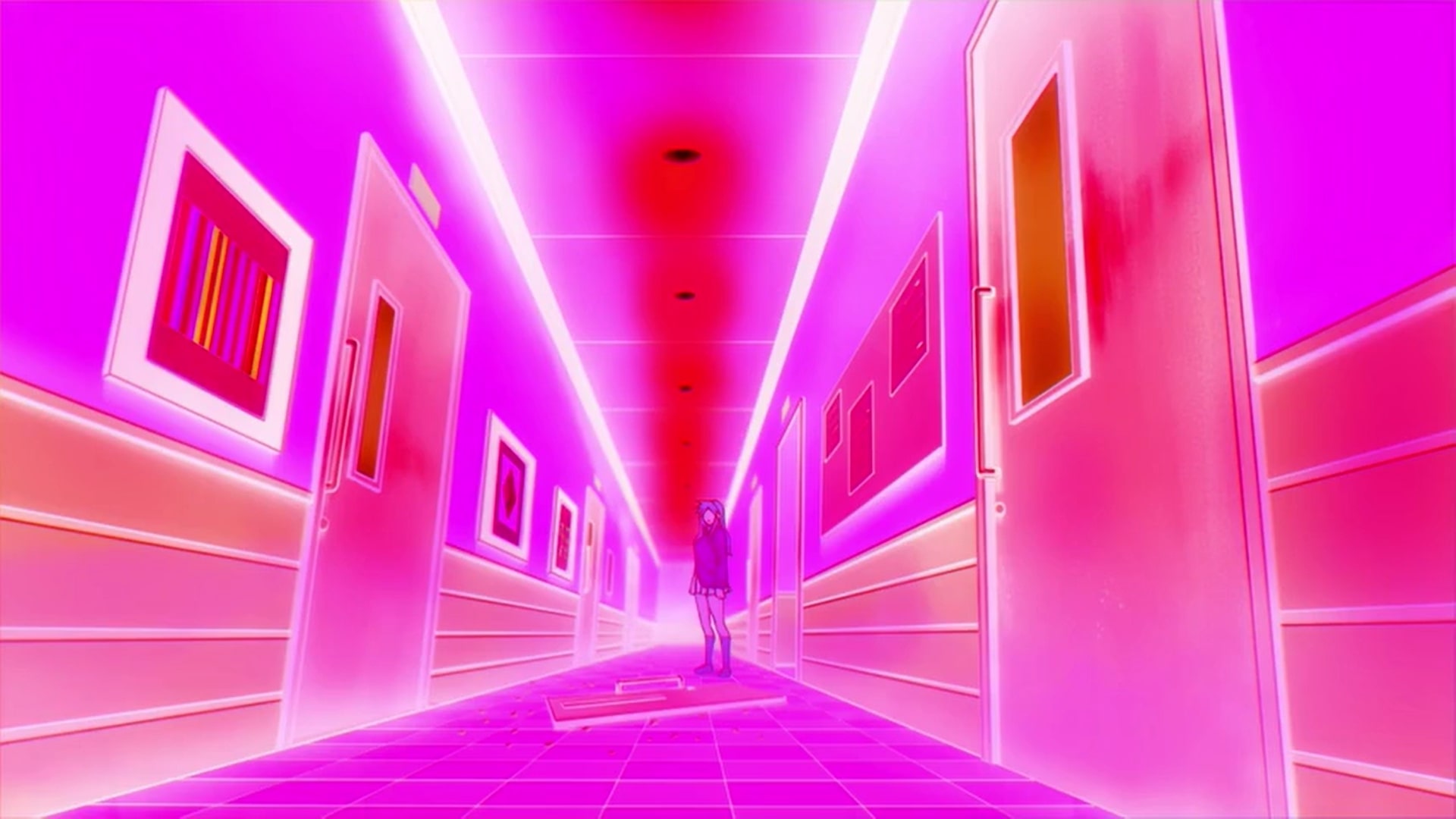 Seri tells Kou that people like him are hard to deal with and it is therefore better just to get rid of them. However, when she tries to kill Akiyama, Kou intervenes and the two of them run away. They later end up in a dark alley but Seri somehow finds them soon afterward. When Kou refuses to get out of her way, Seri tells him then he will have to die in vain now.

Call of the Night Episode 9 Ending: What Does Seri Truly Want? What’s Bothering Her Lately?

When she tries to Attack Kou, Nazuna springs into action immediately and manages to pin her down before she can harm him. It turns out that Nazuna has been keeping a close eye on her and Kou all night as she was worried about the latter’s well-being. Although she promises not to kill Kou now, Nazuna does not let her go as it is obvious that she is going to kill Akiyama as soon as she is free. As she lies on the ground, Seri finally confesses that she is tired of the typical vampire lifestyle. 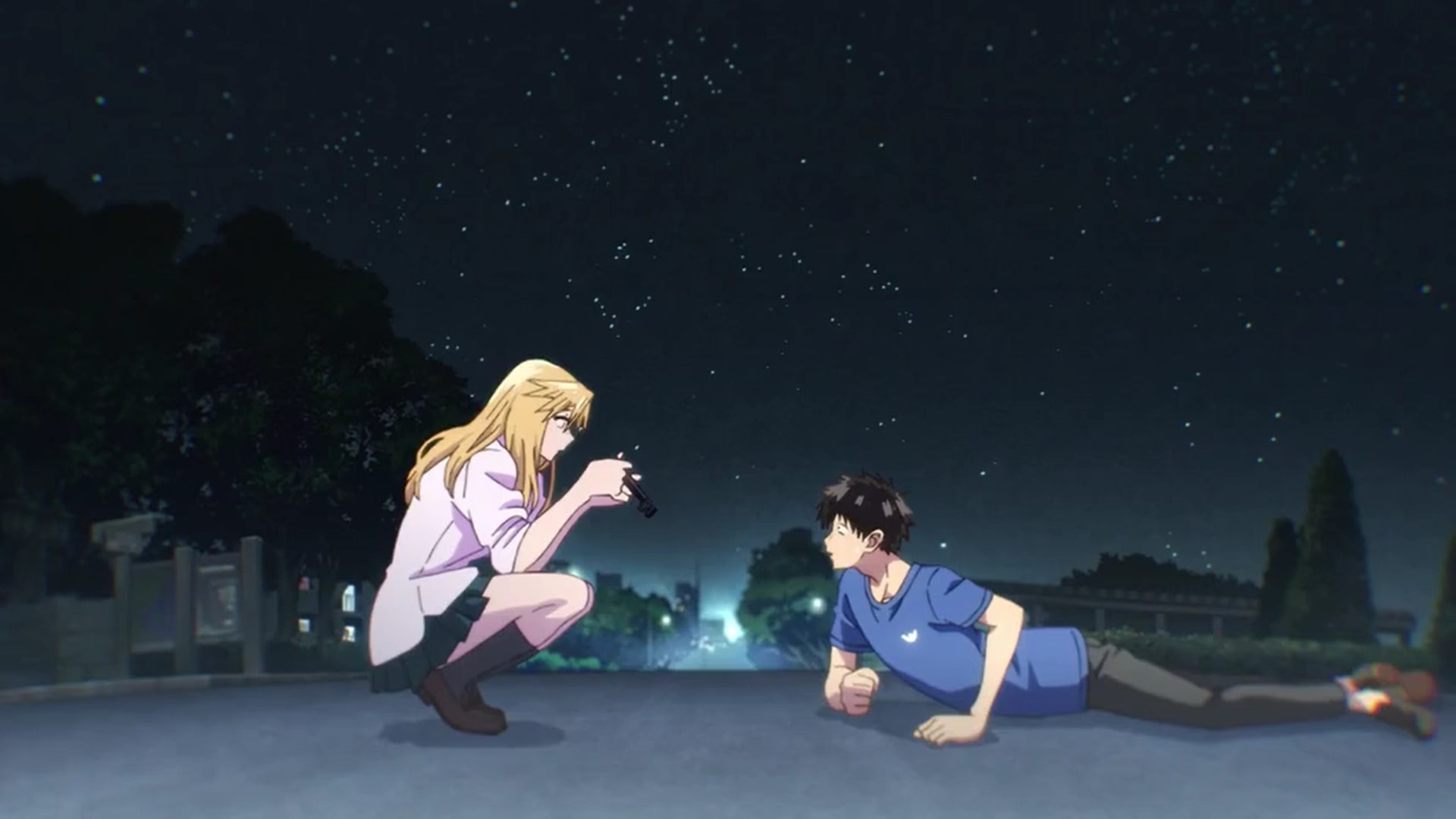 Seri just wants to have a normal friendship with a human without trying to manipulate him into falling in love with her. Unfortunately, she is so used to her usual ways that she often unconsciously ends up manipulating others, which is exactly what happened in Akiyama’s case as well. It appears that she is deeply bothered by the fact that she doesn’t really have a true friend to rely on and shares her true feelings with.

Why Does Seri Turn Akiyama Into Her Offspring After Trying to Kill Him?

Once she has opened up about her feelings, Seri seems to have finally made peace with herself and does not appear to be a danger to Kou or Akiyama. So when Seri asks Nazuna to let her go, she finally listens to her. Since she feels that nothing could be done now, Seri advises Akiyama to forget her and pretend that they never met.

At this point, Kou has had enough of Seri’s stupid antics and decides to confront her. He argues that it is not Akiyama who is hard to deal with but her. Kou knows that Seri wants to be Akiyama’s friend so he wants them to make things work somehow. Meanwhile, Akiyama has been observing everything unfold from a close distance, so when Seri finally talks to him directly, he asks her to turn him into her offspring. 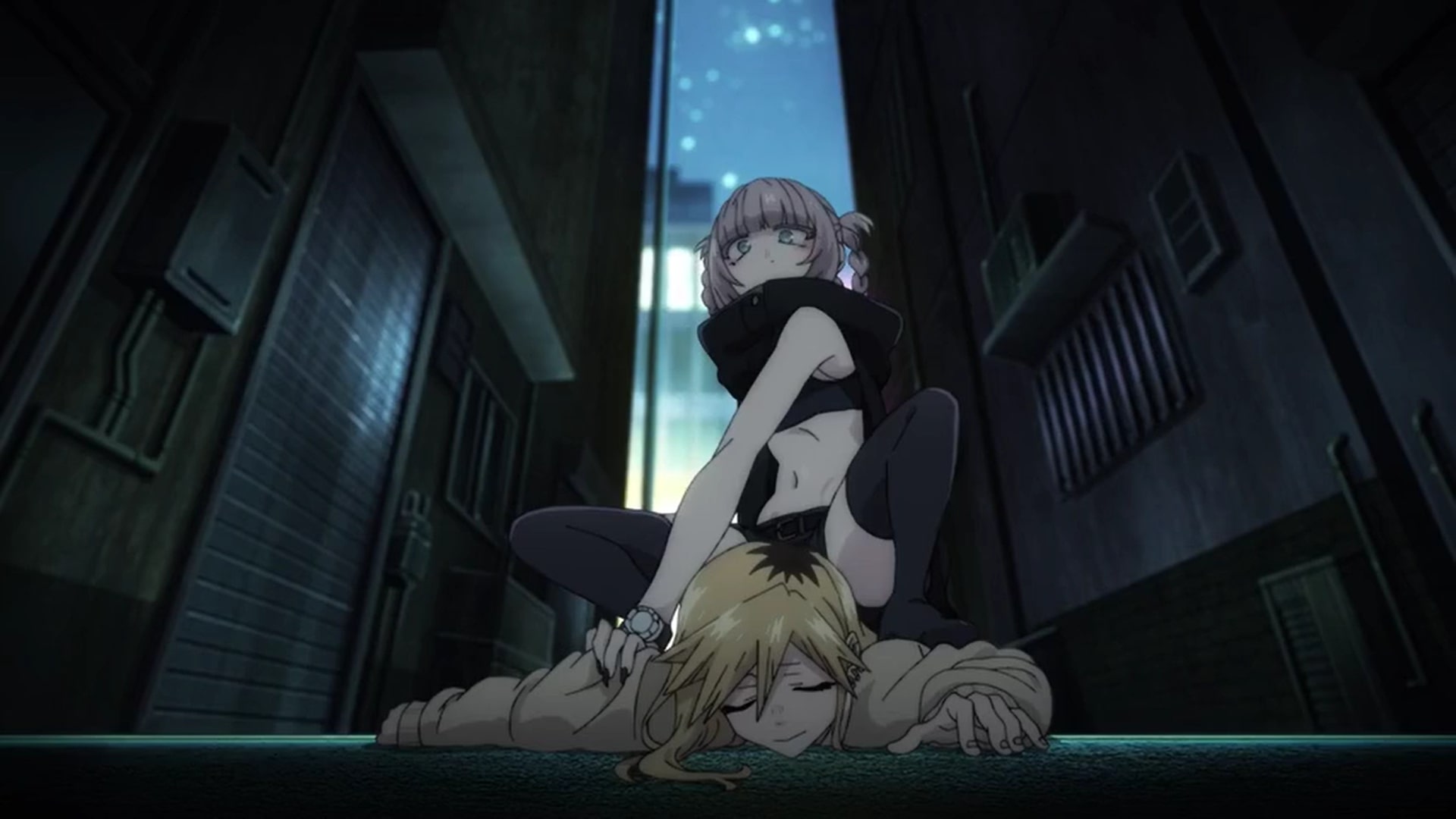 Seri is naturally shocked and asks him if he is aware of the consequences of his decision. Akiyama tells her that he is happy to let go of everything to remain her friend. So, Seri turns him into a vampire, while Nazuna and Kou watch. The four of them later go to karaoke to spend some quality time together. Therefore, to sum up, Seri turns Akiyama into her offspring to save their friendship after he himself consents to become one.