Call of the Night Episode 8 Recap and Ending, Explained

In the seventh episode of ‘Yofukashi no Uta’ or ‘Call of the Night,’ Nazuna decides to give Kou a kiss right in front of other vampires for the massage that he gave to one of her clients. Meanwhile, Kou is shocked to learn about a critical time limitation that could potentially stop him from becoming a vampire or even endanger his life. As he tries to come to terms with the troubles in his path, he meets his old friend Mahiru after a long time. Here’s everything you need to know about the ending of ‘Call of the Night’ episode 8. SPOILERS AHEAD!!!

Call of the Night Episode 8 Recap

After realizing why the other vampires tried kidnapping him, Kou confesses that he plans to become a vampire. His relationship with Nazuna is based on the understanding that she just wants to suck his blood while he wants to become like her sometime in the future. When the vampires argue that they don’t trust Nazuna’s plans to have offspring, Kou tells them that she has even told him to go ahead and fall in love with her. However, when Kou goes on to argue that he is willing to wait as long as it takes to become a vampire, everyone goes silent. 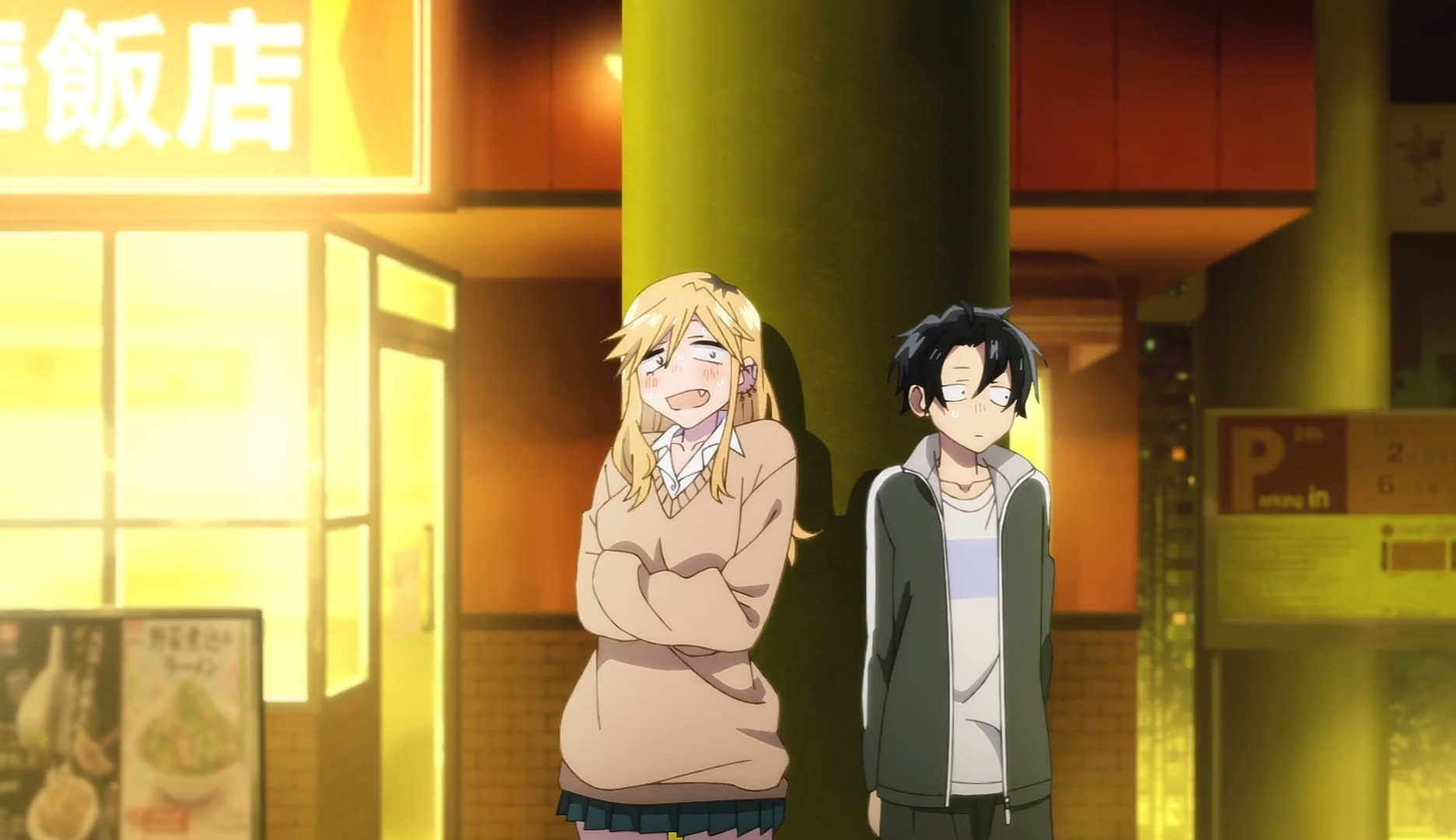 It is then revealed to Kou that a human can be turned into a vampire within one year of him getting his blood sucked for the first time. Kou is understandably shocked as Nazuna never mentioned anything about it to him. As he stares blankly at her, she apologizes for forgetting to tell him the critical information. However, she then gives him a kiss for giving her a client a massage the other day, right in front of other vampires as if to give them a message. The following day, Kou accidentally comes across Seri while walking around the city at night.

Although he initially avoids having any conversation with her, he later opens about to her about his struggle to fall in love with Nazuna. Seri listens carefully to his concerns and advises that he takes her on a date. When he first proposes the idea to Nazuna, she declines immediately but he manages to convince her later. Unfortunately, the date does not go well at all and the duo goes back to their respective homes in the middle of the night. But when Nazuna later feels hungry, she picks Kou up from his house and the duo spends some quality time together. Meanwhile, Akira talks to her childhood friend Mahiru after a long time, who asks about Kou’s absence to her.

Mahiru also mentions that he is going on night dates with someone he has recently met. The following night Kou meets him on the street and the two friends finally talk after a long time. Akira also joins them soon afterward and tells Mahiru about Nazuna without mentioning the fact that she is a vampire. Mahiru does not seem to mind and just enquires whether he likes spending time with her. Kou is thrilled to finally have reunited with him since he was one of the first friends he ever made. Although he felt a bit shy opening up to Akira, Mahiru always made him comfortable.

Call of the Night Episode 8 Ending: Who is the Girl With Mahiru? Is He Dating a Vampire Too?

After Mahiru receives a message, he tells Akira and Kou that he needs to get going as his friend is waiting for him. While Akira appears a bit skeptical, Kou does not see this as odd at all, probably because Mahiru has always been quite famous and is naturally popular with the girls as well. Then Akira decides to go home and sleep too, while Kou starts looking for Nazuna. Meanwhile, Nazuna is also clueless about where Kou is. As she walks around searching for him, she sees Mahiru going in the opposite direction with a girl.

Although she does not know about his friendship with Kou, she notices that he is helping hands with his girlfriend and the couple appears quite happy. When she finally meets Kou a few minutes later, she asks for his hand and they also walk together in the streets like a couple. What Kou and Akira do not as of now is their friend is going out with a vampire as well. His girlfriend’s name is Kiku Hoshimi and he plans to become a vampire just like Kou.

Although the show does not give any information about Mahiru’s girlfriend, the light novel goes into detail about Kiku’s unpredictable nature. She is one of the vampires with the most underlings and has a habit of forgetting people once she has turned them into vampires. Mahiru like many others before him falls madly in love with Kiku.