Candace Hiltz Murder: How Did She Die? Who Killed Her? 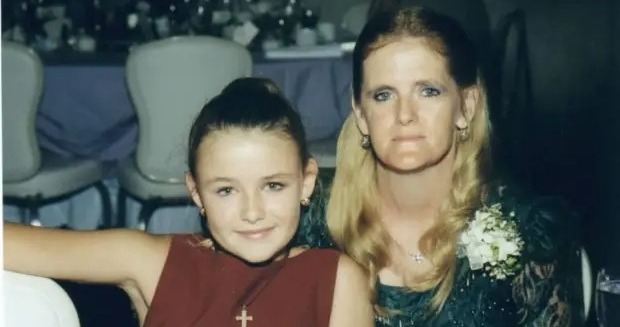 Teen mother Candace Hiltz was killed in her family trailer in Fremont County, Colorado, in August 2006. The brutality of the murder shocked the nation, and the police had to overcome hurdle after hurdle, including one very close to home. However, a decade of investigation yielded no fruit as the killer(s) are still at large. While Candace’s mother believes the perpetrators to be someone, the authorities believe the killer to be someone else.

Investigation Discovery’s ‘Valley of the Damned: Impossible Perpetrator’ follows the complex case meticulously, laying the bare facts for the viewers to comprehend. If you are intrigued and want to know all about the case, we’ve your back. Let’s dive into it then, shall we?

How Did Candace Hiltz Die?

Candace Colleary Hiltz was born on December 22, 1988, in Canon City, Fremont County, Colorado. She was on her way to graduating from Brigham Young University through an online program. Her mother, Dolores Hiltz, reminisced how Candace aspired to study at Stanford Law School and become a US Supreme Court justice one day. The 16-year-old was also a teen mother who had an infant daughter, Paige, with her boyfriend, Jesse Weaver. Paige was born with a rare disease known as hydrocephalus.

Though funny and smart, Candace was outspoken, which often landed her in trouble. She had a knack for telling people what she thought of them even if they might get offended. Dolores believed it played a significant role in her brutal murder. Candace lived with her mother and daughter in a trailer in the Copper Gulch neighborhood, and on August 15, 2006, Jesse came to the trailer to find his daughter crying all alone in her crib. He also saw blood in the hallway of the trailer, and Dolores arrived to find the nearly decapitated body of her daughter stuffed under a bed.

The body was wrapped in a green quilt, and the Fremont County Sheriff’s officers arrived at the scene to discover that she had been shot 7 times. One wound to the face, one on her left breast, and five shots to the back of her head. The autopsy report revealed that three different guns had been used – a 45 Long Colt had been used for the face, while a .22 and a .410 shotgun were used for the head and the face respectively. The police could not find any indication of sexual assault or robbery.

The investigators cleared Jesse Weaver of suspicion and Candace’s brother, James “Jimmy” Hiltz, became a primary suspect in the murder. Accused of a string of local burglaries, Jimmy suffered from various psychological issues that resulted in his separation from his wife and kids. Due to his paranoia around people, he used to live like a homeless in the hills beyond the trailer where Candace lived with her mother and daughter.

When Jimmy could not be found after a murder, a 3-day manhunt ensued, and he was ultimately arrested. But the investigators could not connect him with the murder of his sister. Jimmy was a regular patient at the Colorado Mental Health Institute, and he was found not guilty on charges of an unrelated burglary on the grounds of mental insanity and was sentenced to be readmitted to the mental institute. With no further leads or suspects, the case soon turned cold.

However, a decade later, the case was reignited in December 2016 when a Canon City citizen, Rick Ratzlaff, bought a storage shed that previously belonged to Lt. Det. Robert Dodd, an investigator in Candace’s murder investigation. While going through the content, Rick discovered a manila envelope marked “Evidence”, inside of which he found a blood-stained rope, an ax, and bloody socks. The contents were believed to be evidence from the Candace murder case, and it triggered an investigation from the Colorado Bureau of Investigation.

Robert was convicted of tampering with public records and official misdemeanor in 2018 and sentenced to 15 days in prison. While Dolores had initially believed her son Jimmy to be guilty of the murder, she later shifted the blame to law enforcement officials. On August 10, 2006, a deputy had gone to the Hiltz home to interrogate Dolores about Jimmy’s probable trespassing, and it had resulted in a heated interaction with Candace. Three days after the confrontation, the Hiltz family found the corpse of their dog in the forest behind their trailer.

Dolores maintains that it was the law enforcement officials who had allegedly killed her daughter, as well as the dog, and also bungled the investigation to cover up their crime. However, the Fremont County Sheriff’s Office categorically denies the allegations and even presented evidence that links Jimmy with the murder. The police had Jimmy’s ex-wife and Jesse’s testimonies where they spoke about Jimmy’s periodic bouts of violence. As for the murder weapons, they were among the items stolen in a string of local burglaries of which Jimmy had been a suspect.

But the most scathing piece of evidence is a bone fragment that the investigators have found near the place where Jimmy used to reside during the murder. It is a match with the victim’s DNA and the investigators have presented their case to the district attorney. While the police are awaiting a move on the case, Dolores firmly rejects the circumstantial evidence painting her son as a murderer and insists that the law enforcement officials have a role to play in the murder of her daughter.