Review: Candyman is a Visually Stunning, but Ultimately Empty Sequel to the Original 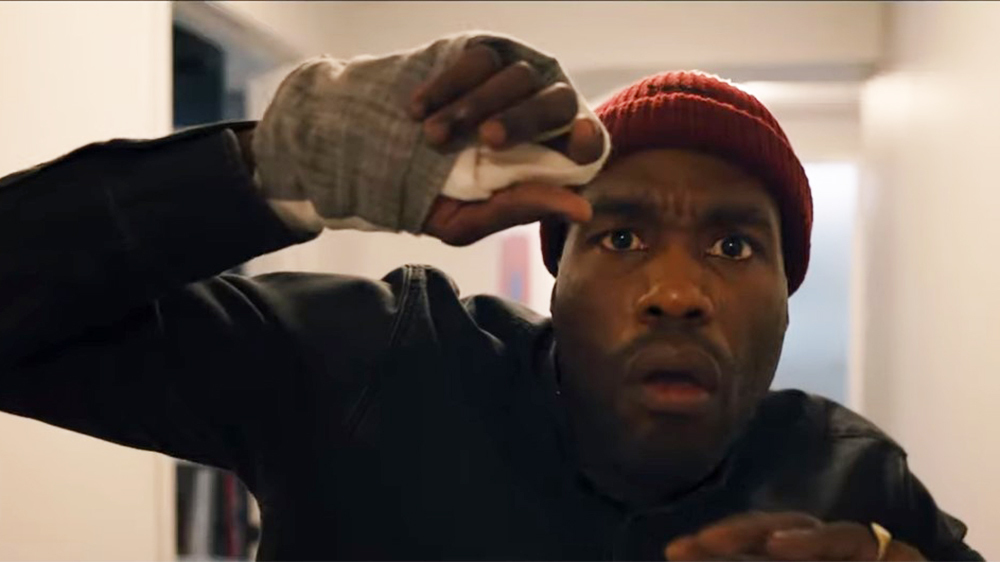 Over the past decade, it seems like almost every popular franchise of the 1990s has been rebooted in some way, but to varying degrees of success. Many of these films fail to capture the magic of what made the original successful or to introduce anything significantly new to the concept. Nia DaCosta’s Candyman is meant to function as both a sequel and a revitalization of Bernard Rose’s 1992 film of the same name, which was based on Clive Barker’s short story, “The Forbidden.” However, despite having some stunning visuals and strong performances, the film fails to offer any new social commentary or capture the horror of its predecessor.

Candyman finds us in a now-gentrified Cabrini Green, the neighborhood in Chicago in which the first movie was set, in 2019. Anthony (Yahya Abdul-Mateen II) is an artist who is struggling to find his inspiration again and leaning on the success of his gallery director girlfriend Brianna (Teyonah Parris). When her brother Troy (Nathan Stewart-Jarrett) tells them the story of Candyman, the supernatural killer who once terrorized the neighborhood, Anthony is intrigued. He ends up meeting a Cabrini Green local, William (Colman Domingo), who tells him more about the events of the first Candyman movie.

As Anthony becomes more and more wrapped up in the story of Candyman and finds success creating macabre art based on it, it starts to become clear that there are more ties to the original Candyman story than we may have excepted. Both the neighborhood and Anthony himself must deal with the aftermath of raising this spirit back into public consciousness.

Unfortunately, the script by Jordan Peele, Win Rosenfeld, and DaCosta is messy and brings the movie down. It can be difficult to follow all of the flashbacks of multiple characters and some of the plotlines – notably the one with Brianna’s father – feel like a distraction from the main story rather than anything adding to it. Perhaps, having a longer runtime than 90 minutes would have allowed the film to flesh out its ideas more.

Even those unfamiliar with the first film will be able to grasp this one well enough as it goes out of its way to explain the actions of the first movie multiple times. These sequences in which someone tells the story of Candyman and Helen Lyle are supplemented with gorgeous shadow puppet sequences depicting the events. Certainly, anyone who has seen the 1992 film will get more out of this one though, particularly in appreciating all of the visual callbacks to it.

One of the biggest issues with the script is the way that it approaches the social commentary of the film. All too often, characters blatantly state the views of the film around gentrification and racial prejudice, like Anthony telling his manager his ideas for art or explaining his art’s social commentary to a white critic. Brianna’s line early on in the film, “White people built the ghetto and then erased it when they realized they built the ghetto,” is the epitome of how the film lacks nuance or even any particularly fresh ideas. It’s disappointing to see, compared to the themes of DaCosta’s first film, Little Woods, which approached pressing issues around healthcare in a unique and complex way. Candyman briefly touches on other themes like inherited trauma and mental illness but fails to develop them.

The saving grace of the film, aside from its visuals, are the performances from Abdul-Mateen, Parris, and Domingo. Despite the characters themselves being underdeveloped, each one is able to ground their performances and make their reactions believable despite the supernatural events. Abdul-Mateen cleverly plays the role rather straight, instead of allowing Anthony to become too dramatic too early, creating a false sense of safety for the viewers, though it’s Domingo who steals every scene he is in. Tony Todd, Virginia Madsen, and Vanessa Estelle Williams reprise their roles from the original film.

This new Candyman is more creepy than scary until the last twenty minutes of the film. Most of the kills appear offscreen or are only seen in mirrors, so the more frightening element is the body horror related to Anthony being stung by a bee.

Despite the issues with the script and the messaging, the film demonstrates that DaCosta shows much promise as a director. The cinematography is very atmospheric with creative shots, particularly looking up at the city from the street. She cleverly utilizes mirrors and plays well with the set design, which is also well done.

It’s unclear who the audience of this new Candyman is. It’s not nuanced enough in its social commentary for a Black audience and not properly frightening enough for many horror fans. What results is a visually engaging, but bland film that fails to properly reinvent the Candyman legend despite its best attempts.