Caroline Kole From Songland: Everything We Know 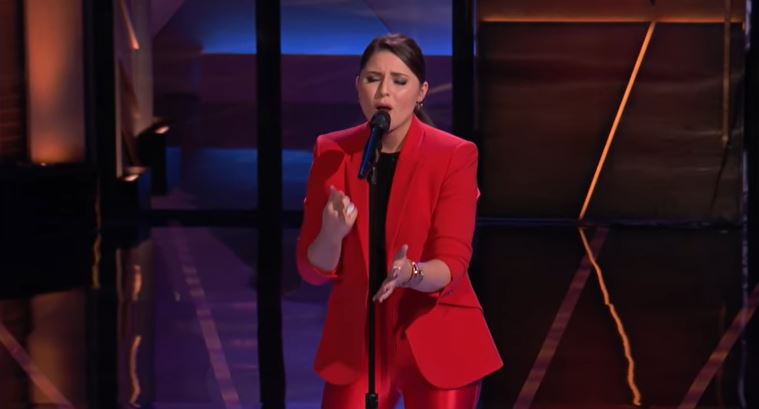 ‘Songland‘ is an NBC original series that follows the journey of underrated and undiscovered songwriters as they pitch their original songs to a famous recording artist and a few chart-topping music producers in the hopes of impressing them and kick starting their own careers by getting the opportunity to collaborate with them. With season 2 airing right now, we are getting introduced to many more aspiring artists. Episode 9 of this series introduced us to 4 such people, one of whom is Caroline Kole.

Who Is Caroline Kole?

Born July 2, 1997, Caroline Kudelko or Caroline Kole is an American singer, songwriter, and guitarist who initially began performing under the stage name Suite Caroline. She was born in Houston, Texas, but spent most of her childhood in Florida, before she and her family moved to Nashville, Tennessee after she had finished seventh grade.

Before moving, she had attended St. Paul’s, a private school in Largo, where she said that her short-lived stint as a volleyball player helped her to focus all her energies on music. At the age of 16, she came back to her alma mater to perform for the 300 students and 50 teachers at the school, along with her parents.

Caroline has been very careful so as to not divulge a lot of information about her family. Even though she has been in the public eye for a while, having been in the music industry since she was little, her parents have made sure to keep out of it. Her mother, Marie Kudelko has an Instagram account but she keeps it private, and her father, well, we do not even know his name. She does have a little sister though, Noelle Kudelko, or Ellie as she prefers, who will be graduating from Notre Dame in 2021.

As for her relationship status, Caroline prefers to keep her private life private, so not only do we not know if she is seeing someone right now, but we have no information on her dating history either. The 22-year-old’s social media platform also gives us no indication of her love life. It seems like, right now, Caroline is focused on just herself, her career, and her family.

Caroline Kole started her career in the music industry when she was a child, booking her first gig when she was just 10 years old. She picked up a guitar for the first time at the age of 8, after receiving it as a Christmas gift, and immediately learned how to play Pat Benatar’s “Hit Me With Your Best Shot.” She has revealed that in her long career, the weirdest place she has been asked to perform has been is a cemetery.

At the age of 12, she got an endorsement with Martin Guitars and two years later, she started playing at the County Music Association (CMA) Festival. Signed under Starstruck Records label, in 2013, Caroline released her first five-track EP and went on a two-year international tour with Reba McEntire, as an opening performer. Apart from Reba McEntire, Caroline has opened for Blake Shelton, Alan Jackson, Eric Church, and Martina McBride and has performed on stage with Charlie Daniels, Pat Benatar, and Sheryl Crow.

However, even after all of this, and her continuing to releasing her original music, ranging from country to, more recently, pop, Caroline has never managed to make a permanent mark on the music industry. Therefore, she hopes to win on ‘Songland’ and genuinely become a household name as a singer-songwriter.