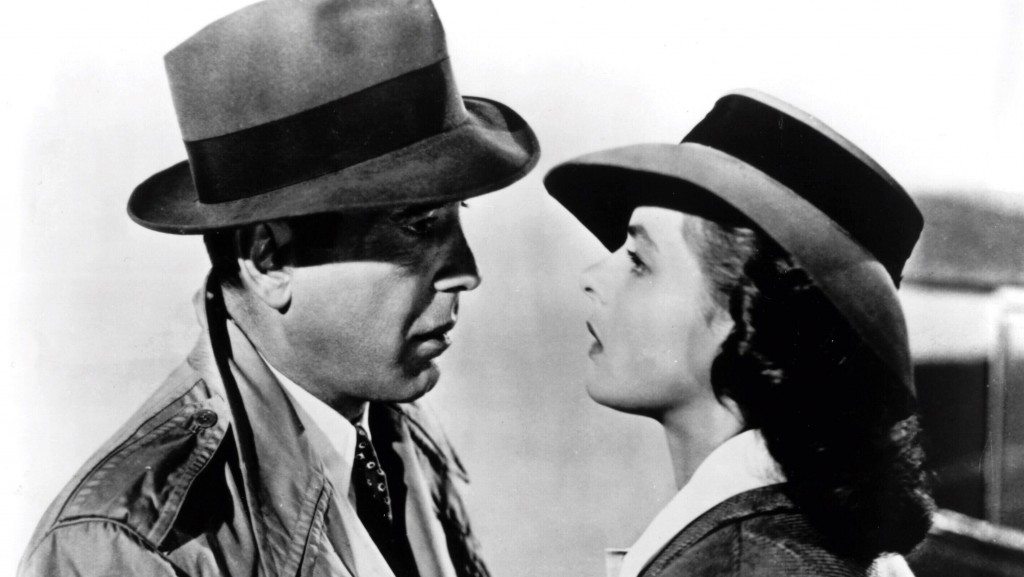 Nope, I won’t do the usual and start the review with a snappy line from the film, as everyone else does while analyzing the film, for I know that lines seldom make a movie great! However, if you think I have figured out what makes ‘Casablanca’ great, then you are mistaken. If there is one movie that follows all the Hollywood conventions and yet moves us most unconventionally, it is ‘Casablanca’. It can no longer be classified as just a movie; it is in fact a mascot of cinematic excellence back during the Golden Age of Hollywood. A close look at the film unambiguously reveals that the screenplay is painstakingly ordinary, the characterizations are pretty predictable and the story is hardly remarkable. Notwithstanding, there is something universal about the film, something that jolts our inner psyche. Cynicism, romance and subtle comedic undertones have never since been juxtaposed so masterfully. Well, what is ‘Casablanca’ all about? To put it in simple words, it is about love and the sacrifice of love for a greater good. While, one might scoff at the apparent simplicity, it might very well be remembered that simplicity is the most difficult thing to achieve while making movies. 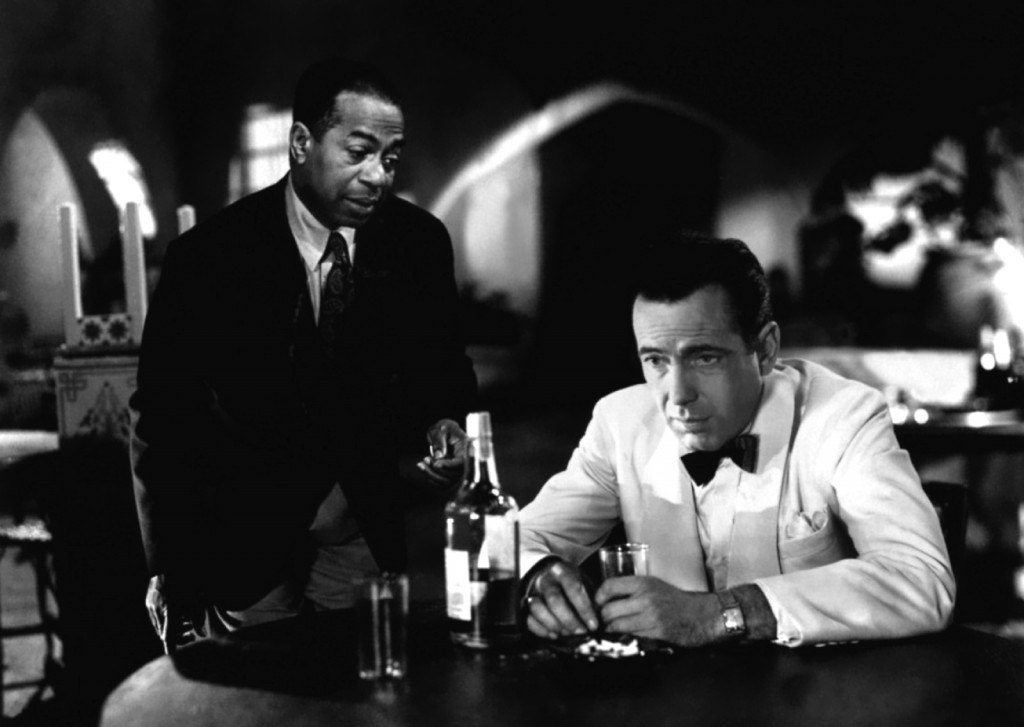 Humphrey Bogart plays the seemingly cynical Rick Blaine, a nightclub owner in the city of Casablanca in Morocco, someone who might have endured a difficult past. Bogart, who is known for having played multiple roles of worn-out heroes, plays his usual self in the beginning. While deception, betrayal and brazen inhumanity act as overt backgrounders to the movie; there is also an innate attempt at recreating the turbulent times that marked the Second World War. Rick’s outer shell begins to crumble when his earlier love interest Ilsa Lund comes to his nightclub with her husband, who also happens to be one of the primary figures of the French Resistance. The heavenly beautiful Ingrid Bergman plays the role to almost perfection.

‘Casablanca’ is not so much about the celebration of love as it is about the sheer desire to be loved. Very few movies deal with the concept of romantic deceit better than ‘Casablanca’. However, one factor that differentiates the movie despite its obvious banalities is its ability to arouse emotions and empathy. While the plotline is fairly predictable, there is a strong undercurrent of fundamental human instincts that propel the film forward in its journey. The presence of the likes of Claude Rains, Sydney Greenstreet and Peter Lorre as supporting actors helps the cause of the movie immensely. Claude Rains, plying the role of Captain Louis Renault, turns in one of the most memorable performances in the history of cinema. The renowned movie critic and film historian Roger Ebert described the character as the “subtly homosexual police chief”. However, the deduction could be logically opposed as well on multiple grounds. 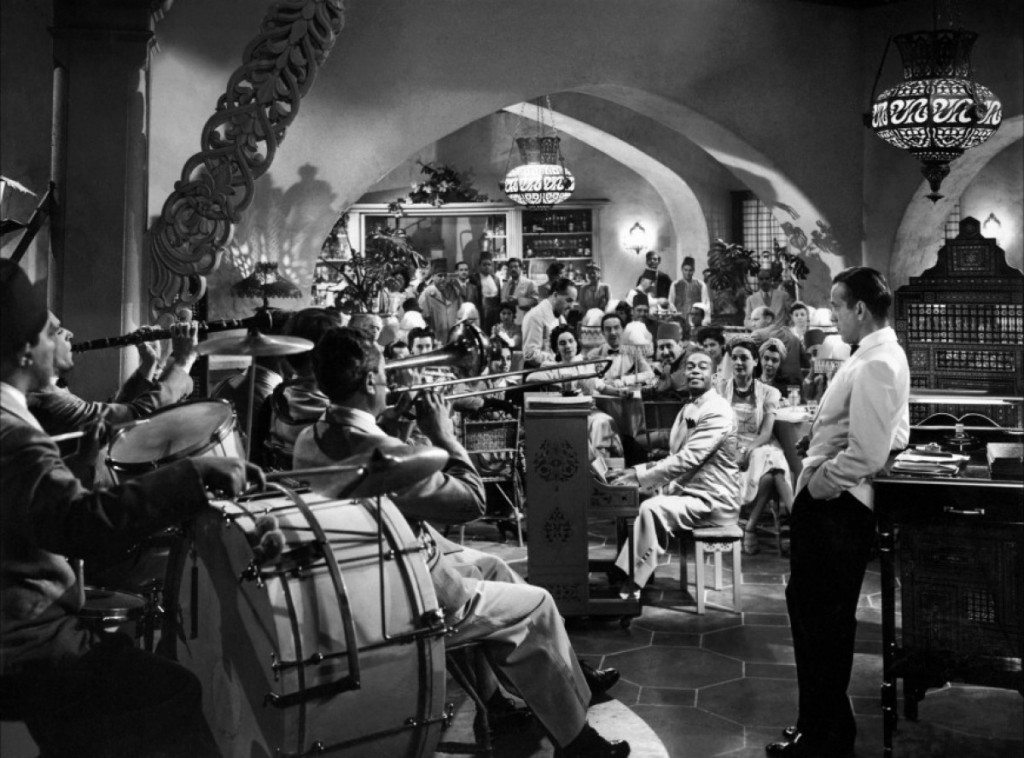 All said and done though, the USP of the movie happens to be a collection of some of the most memorable dialogues that still permeate the ears of cinephiles from all across the globe. The moral and emotional ambiguity in the film helps set up the central narrative. It is another thing though that Bergman didn’t know the ending of the movie when it was being made. Probably, this is one of the reasons why Bergman acted the way she did without taking an obvious moral siding.

The melancholy Paul Henreid plays the role of Victor Laszlo, a famed leader of the French Resistance against the Nazis. The moral dilemma, that plays the central role in the movie, catapults the movie to dizzy heights. Critics have often branded the film as one whose value multiplies with each viewing. It could very well be mentioned that great films, like great books, could be watched over and over again without ever exhausting its contents. Also, it could be viewed by multiple viewers using a multitude of perspectives. ‘Casablanca’ perfectly fits the category. While the horrors of the Nazi rule constitute one of the inherent themes in the movie, the invincibility of the human spirit is unarguably another. 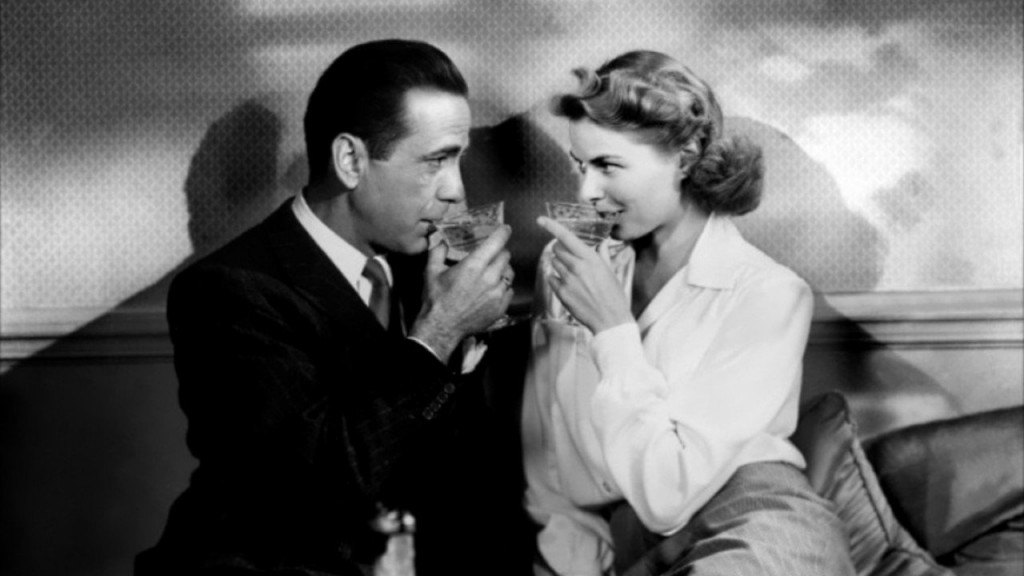 Rick’s nightclub is a hotbed of activities. We see all kinds of people gathered at the place – from the erstwhile rich banker to an agent who illegally sells transit papers to people aspiring to flee to the ‘free world’. The intelligent and economical approach in writing the screenplay of the movie also goes a long way in establishing the interest factor that becomes the film’s eventual backbone. It is another thing though that Julius J. Epstein, Philip G. Epstein and Howard Koch jointly received the Academy Award for Best Adapted Screenplay for the movie. The film also dabbles with many other concepts – one of the most remarkable ones being the question of national loyalties. When Rick is asked about his nationality, he retorts that he is a “drunkard”, which in a way is typical of the anti-fascist approach that the director Michael Curtis applies while directing the movie.

At a time when directors took pride in establishing ‘pride-filled’ clichés, ‘Casablanca’ comes across as one creation that decidedly mocks the dominant narrative in a way so subtle that people find it difficult to even get objected. The cinematography is intense yet simple, the editing is just right and the pacing is ‘old-fashioned’ – however, there is an unmistakable aura of modernity that everyone even today can relate to. ‘Casablanca’ is a movie that smacks of eternity.

Romance has always been a grossly overused genre. Consequently, the elements that make up the typical romantic movies have been far too common. ‘Casablanca’ uses all such elements. However, the usage is what makes its appeal unique and global. With all the restrictions of the Hays Code, it was absolutely impossible to innovate in Hollywood during that time. Despite the limitations, ‘Casablanca’ comes out triumphant, not for the uniqueness in its presentation but due to its empathetic approach not just towards love and romance but towards the sustenance and continuation of humanity. The rest, as they, makes the parts of an enduring cinematic tale.

Read More: The 10 Greatest Romantic Movies of the 21st Century