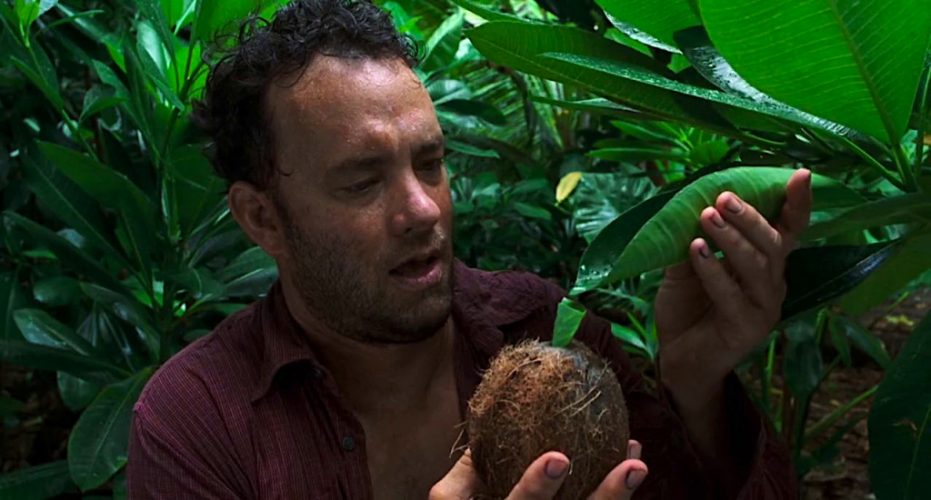 Tom Hanks’s ‘Cast Away’ follows the story of a man who is stranded on an island. The Academy Award-nominated film is a heart-breaking tale that also instills hope and perseverance in the viewer. Hanks’ performance wins hearts and the dread of ending up alone on an island makes us wonder about all the things we would do to survive if we were to switch places with the protagonist. The movie also brings the story full circle when it takes a bittersweet approach towards the ending. Here’s what it means. SPOILERS AHEAD

Chuck Nolan works for FedEx and he is obsessed with delivering every package on time. His hectic schedule allows him some time to see his girlfriend, Kelly, back home. Their time in Memphis is cut short when Chuck is called to work during the Christmas family dinner. They exchange gifts in the car and Chuck tells her that he’ll be right back. He intends to keep his word but it becomes tricky when the plane comes across difficult weather. Soon, things get worse and the plane crashes in the middle of the ocean. The next day, Chuck finds himself on the beach of a desolate island. With no one else around and no help in sight, he has to find a way to keep himself alive. 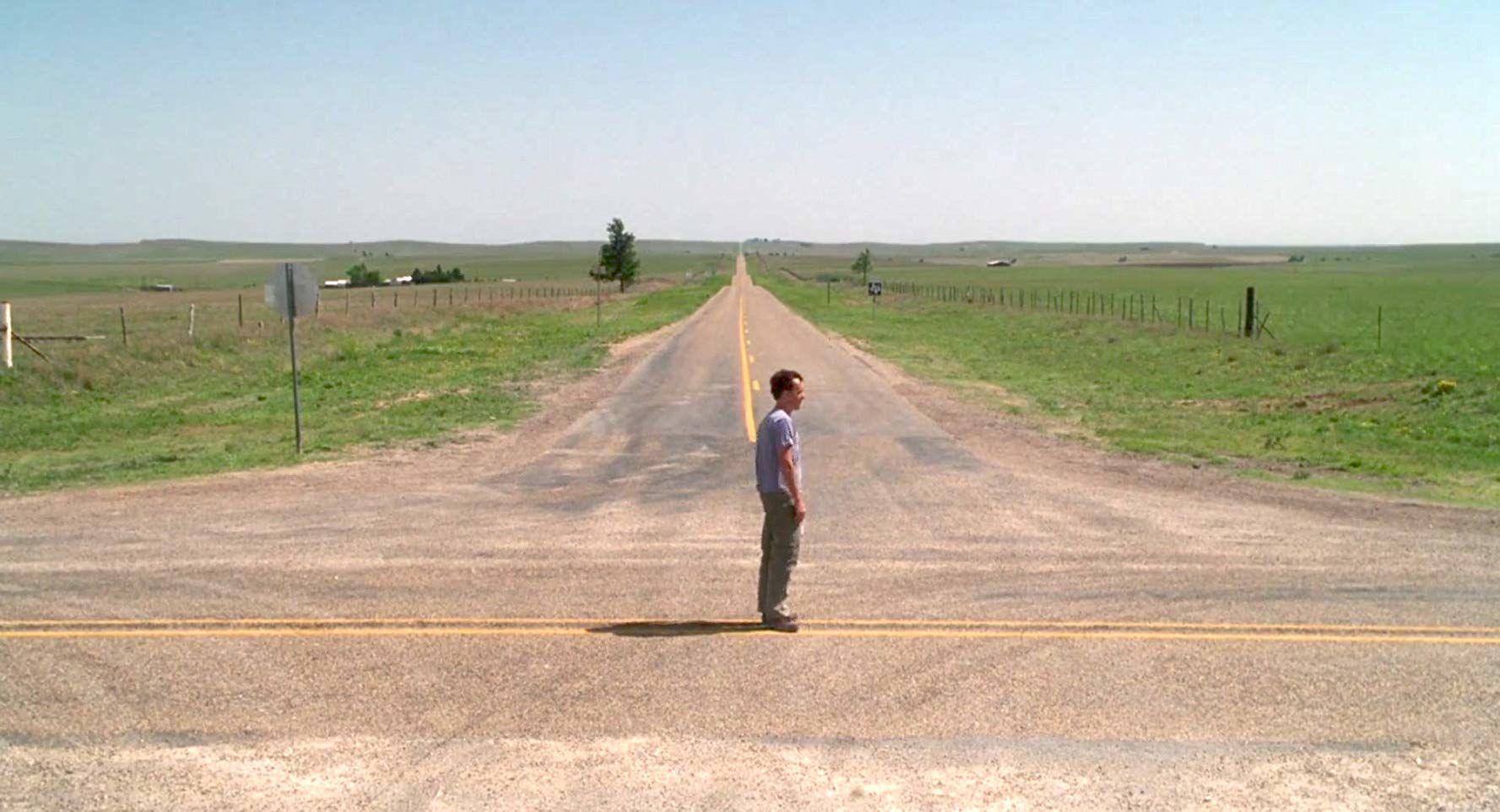 After succeeding in escaping the island, Chuck spends a few difficult days on the water. After a stormy night, he loses Wilson, and the loss leaves him heartbroken. Just when it looks like he has given up, the miracle that he had been waiting for arrives. As the whale splashes water on his face, a ship appears in the background. Chuck is saved and taken back to civilization after four long years.

Settling back into the world, Chuck realizes that things are not the way he had left them. While the thought of Kelly kept him alive on the island, she moved on. It turns out that she is married to a dentist, who had once done Chuck’s root canal, and also has a child. The way he had imagined their reunion doesn’t pan out like that. But his desire to see her takes him to her house on a rainy night. She welcomes him warmly and he gives her back the heirloom with her picture in it. She gives him back his car and he drives away, but comes back as soon as she calls out his name. They kiss each other, and she confesses that she never believed he was dead. She wanted to wait for him but everyone else told her to move on. They sit inside the car and for a moment, it looks like they are going to run away together. But then Kelly says that she has to go back home and Chuck drives her back.

With Chuck surviving such trying ordeals for the past few years, we wish he would get his happy ending with Kelly, but by now, he has learned that things don’t always go your way. He is heartbroken over losing Kelly all over again and she is still in love with him, but she also loves her new family. Even though she wants to be around him, she can’t leave the life she has built in his absence. So, Chuck finds it best to let go of her. It does pain him, but then, he knows that giving up is not the option for him. While talking to his friend about his time on the island, he confesses that he’d entertained suicidal thoughts. Three years into his desolation, he had accepted his fate. He knew that he was never going to find a way back to the civilization and that he’d never get to see Kelly again. The chance of any rescue was also out of the picture because if any help was to come, it would have by now.

So, he made a rope and decided to hang himself at the top of the mountain. However, when he tested the rope, the branch of the tree on which he had tied it broke. This confirmed for him that suicide was out of the picture, but it also gave him a new lease at life. It is then that he knew that he was meant to survive this. His hope was renewed and he started thinking about going home again. Having survived those years on the island, there is nothing that can break Chuck now. Being alone for four years, making do with the things at hand, and keeping himself alive with next to nothing at his disposal, he learned that pushing forward is the only way one should move. He also knows that you don’t know what the future holds for you, and so, giving up should not be in the picture. It is with this optimism that he embarks on his journey the next day. 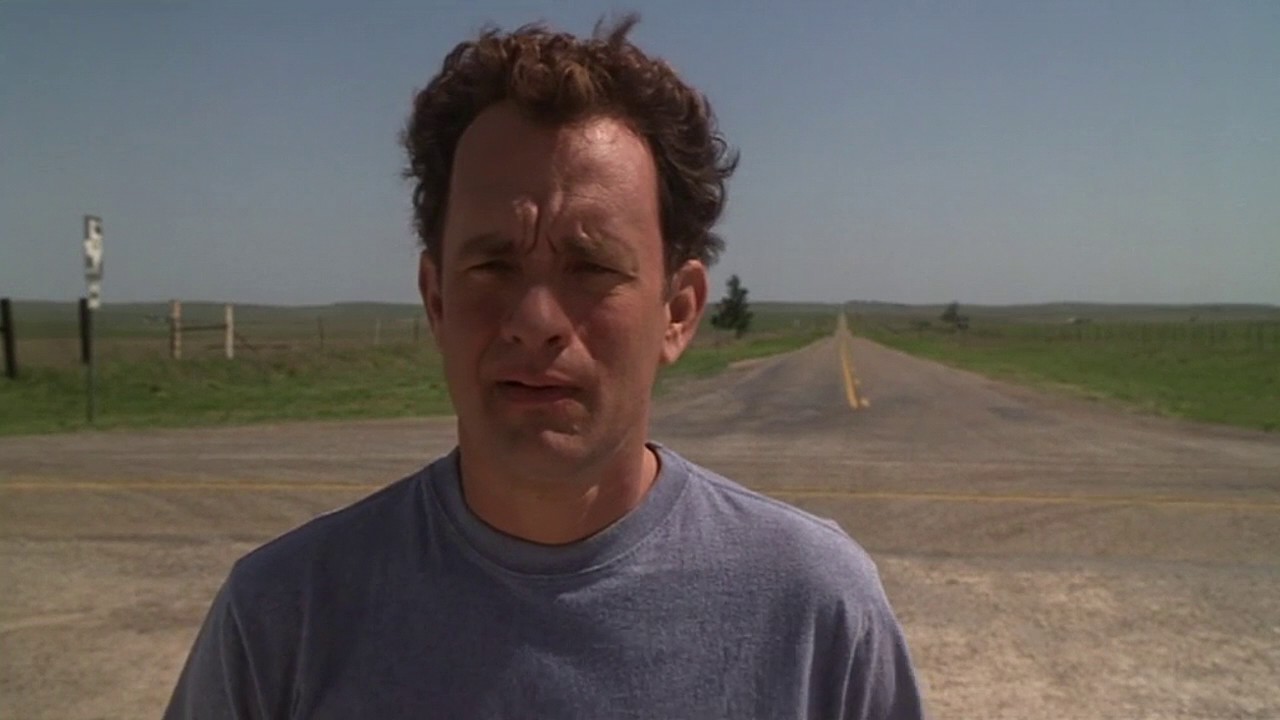 On the island, Chuck was accompanied by several FedEx boxes that were supposed to be delivered by the plane he was on. He opened those boxes and used the items inside for his survival, one of whom became his only companion on the lonely island. There was, however, one box that he did not open. It had angel wings on it, and somehow, he thought that this was a sign from God. The package gave him hope that one day, he would leave the island and complete the task of delivering it. He kept it as-is for four years and took it across the ocean for his final journey. Once back home, he decides to deliver it and thank the person for their package, which was one of the things that kept him alive on the island.

When he arrives there, we realize that it is the same place where the movie had started. A woman had sent a FedEx package to her husband, which found its way to Russia, which is where Chuck had been when we first met him. The movie comes full circle this way. Chuck leaves the package at the door when he doesn’t find anyone around. Back at the crossroads, he ponders upon his next course of action when a woman drives by. She asks him where he is going and tells him where each road will leave him. As she leaves, he notices the same angel wings on the back of her truck. He realizes that it is her he had intended to meet at the house. He stands in the middle of the road and thinks about the next course of action.

In the end, he faces the road which leads to the woman with angel wings’ house and he smiles. The ending leaves ambiguity about Chuck’s fate. Does he follow the woman or does he choose some other road? The film hints that the woman is single now when we find only her name on the plate outside her house, which had previously mentioned her husband’s name too. Could she be the one he was supposed to end up with? Maybe, maybe not. No matter what path Chuck takes, it is certain that he is ready for all the possibilities. His time on the island has taught him enough to survive the most trying circumstances. He has also learned to follow the signs, all of which have arrived at the most opportune of times and have kept him alive when he thought he was going to die. He receives the sign once again, in the form of the angel wings. Why shouldn’t he follow it now?

Read More: Where Was Cast Away Filmed?