Where is the Cast of Step By Step Now? 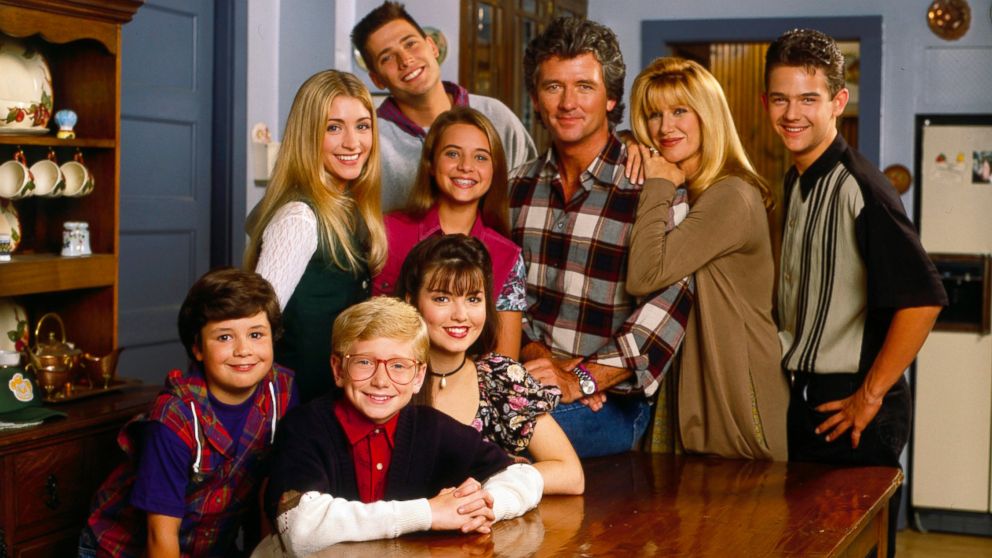 While ‘The Brady Bunch’ will always be the crown jewel in the blended family sitcom genre, the 90s had their own popular candidate – ‘Step By Step.’ Created by William Bickley, Robert L. Boyett, and Thomas L. Miller for ABC, and for the last two seasons, CBS, ‘Step By Step’ is one of the many family-themed wholesome TV shows that remain popular to this day (case in point, ‘Full House’). The show follows the lives of Frank Lambert and Carol Foster – both single parents to three kids – as they fall in love, get married, and navigate the many complexities of having a blended family.

The family often finds itself in hilarious predicaments as Frank and Carol constantly try to make their six kids get along with each other. The cast of ‘Step By Step’ rose to prominence during the show’s significant 7-year run, from 1991 to 1998. Naturally, fans must be curious to know the whereabouts of their favorite cast members. Well, we have got you covered. 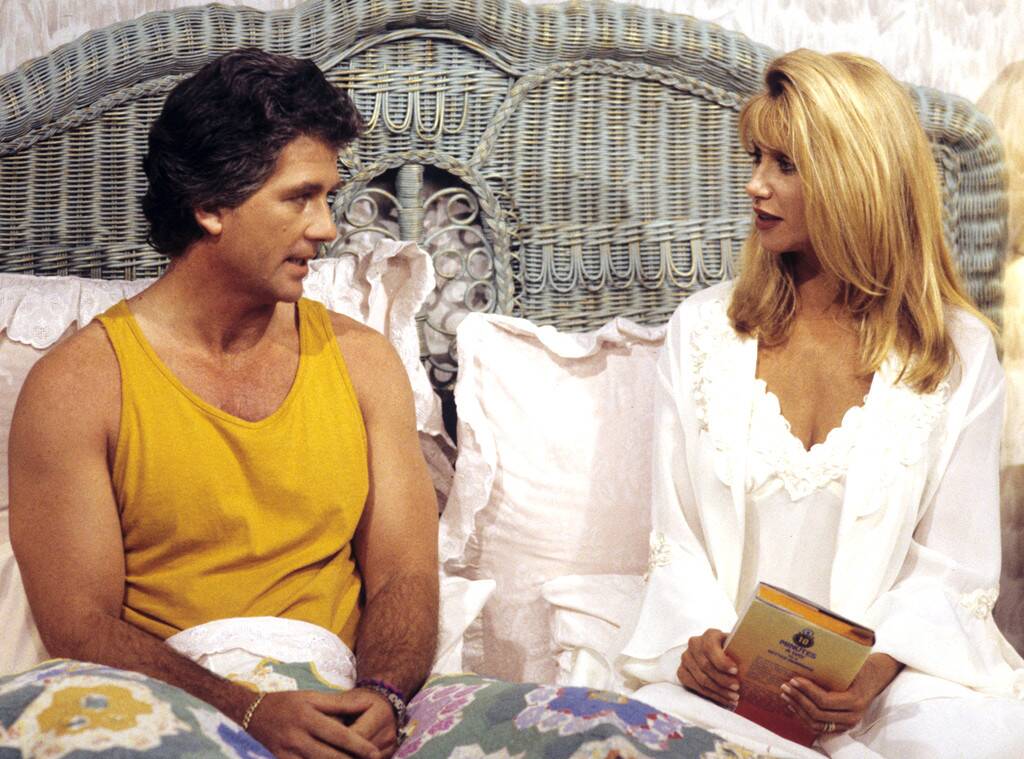 The romantic-at-heart patriarch of the Lambert-Foster clan, Frank Lambert, is played by soap-opera legend-actor Patrick Duffy. Before he got the role in ‘Step By Step,’ Duffy was already famous for playing Bobby Ewing on the long-running soap opera ‘Dallas.’ After ‘Step By Step’ ended its original run, Duffy reprised his role as Bobby Ewing several times for spin-off series and movie sequels of ‘Dallas’. 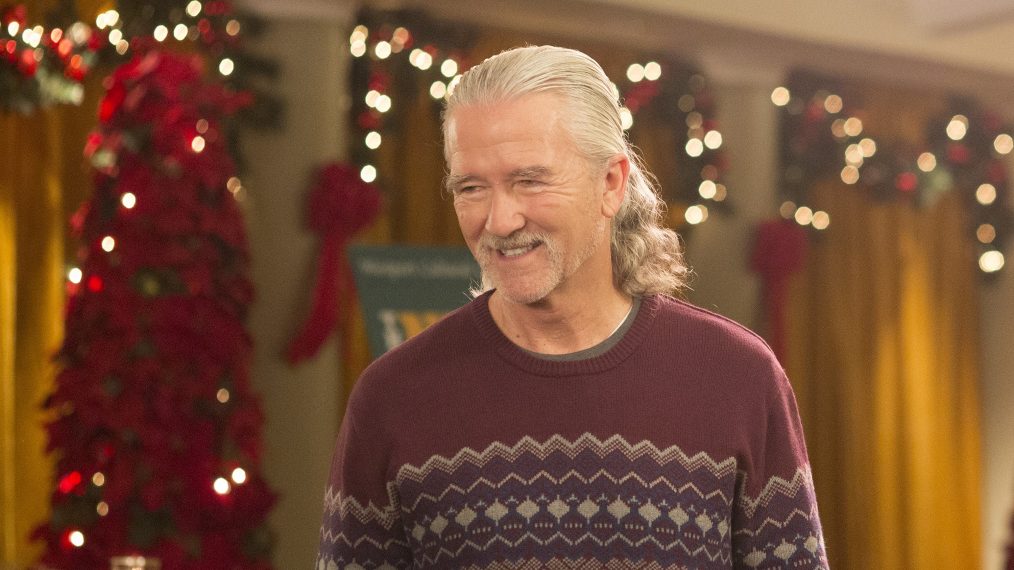 More recently, he has appeared on the TV show ‘The Bold And The Beautiful’ as a series regular. He is still acting in 2020, appearing in a couple of episodes of ‘NCIS’ and ‘All Rise.’ Over the years, Duffy has done a lot of made-for-TV movies.

Suzanne Somers was already famous as Chrissy Snow on ‘Three’s Company’ when she bagged the role of Carol Lambert on ‘Step By Step.’ After the show ended, Somers only did a couple of small acting roles (mostly cameos) here and there. Her impressive work history is all from before ‘Step By Step.’

Apart from acting, Somers is more prominently known as the spokeswoman of the ThighMaster, and for her offbeat medical opinions. She is also known for her numerous books on women’s wellness, diet, and fitness. Somers has her own cosmetics line, a range of skincare and haircare products, and health and fitness supplements.

Staci Keanan plays the role of the eldest foster sibling, caustic and sharp-witted Dana, who is constantly butting heads with the Lambert kids. Before ‘Step By Step,’ Staci was already well-known for her portrayal of Nicole Bradford on the NBC sitcom ‘My Two Dads.’ Till 2010, Staci (who changed her name to Stacy) appeared in a few films in small acting roles of little consequence.

Her Hollywood career came to a complete end when she got admitted to UCLA, and later went on to pursue law from Southwestern Law School. According to the last update on her, Staci is a successful attorney and practices law under her given name Anastasia Sagorsky. As of 2019, she became a Deputy District Attorney in Los Angeles County. 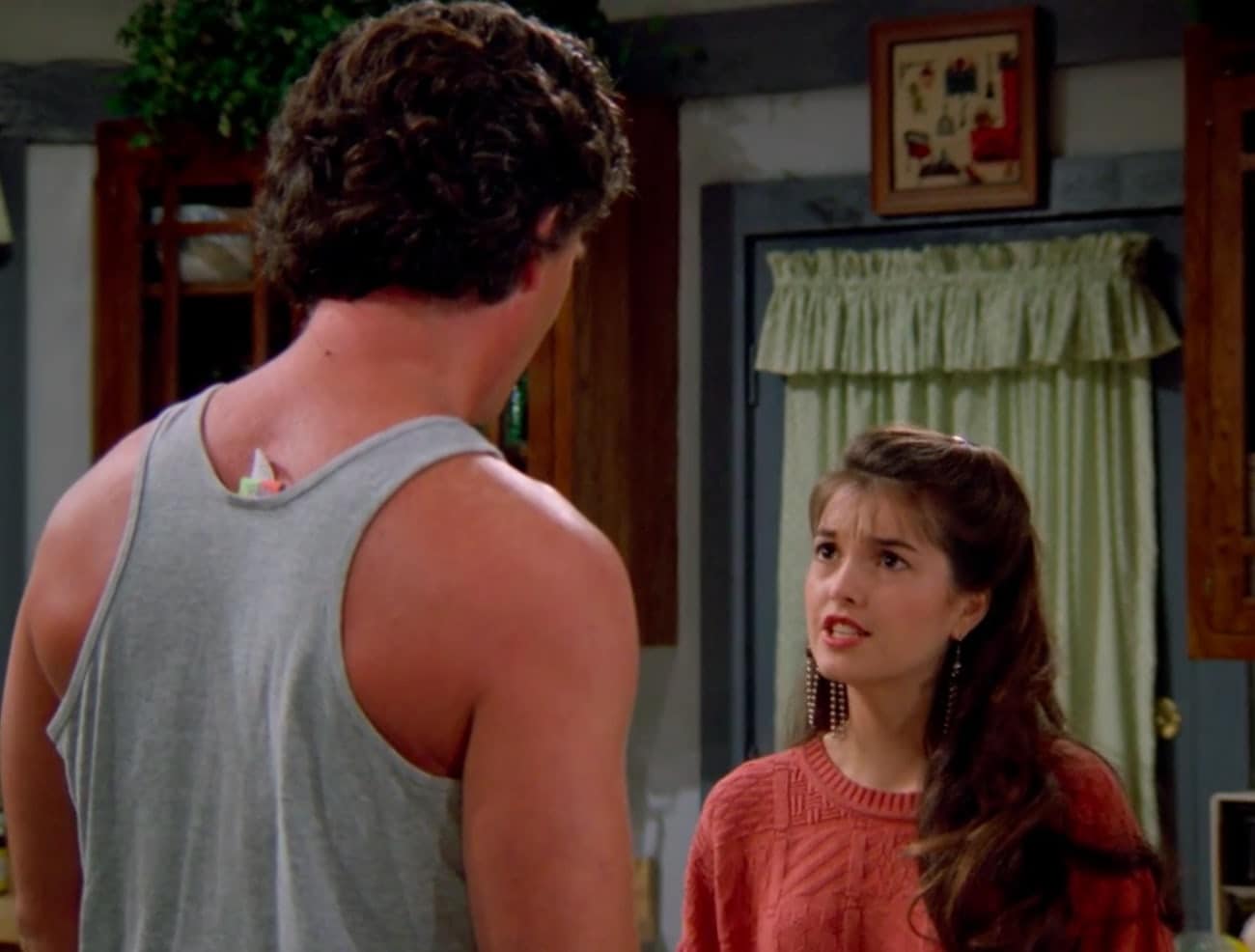 Angela Watson had won a beauty pageant in Florida before she landed the role of Karen Foster, resident airhead of ‘Step By Step.’ However, the actor herself didn’t pursue a career in Hollywood after the show ended. Soon after the last season of ‘Step By Step,’ Angela found out that her parents had stolen a substantial sum of her hard-earned fortune.

She sued her parents for $2.8 million. Later, she went on to start an organization that helps child actors with lawsuits against parents who have swindled their star kids out of millions like it sometimes happens in the entertainment industry. 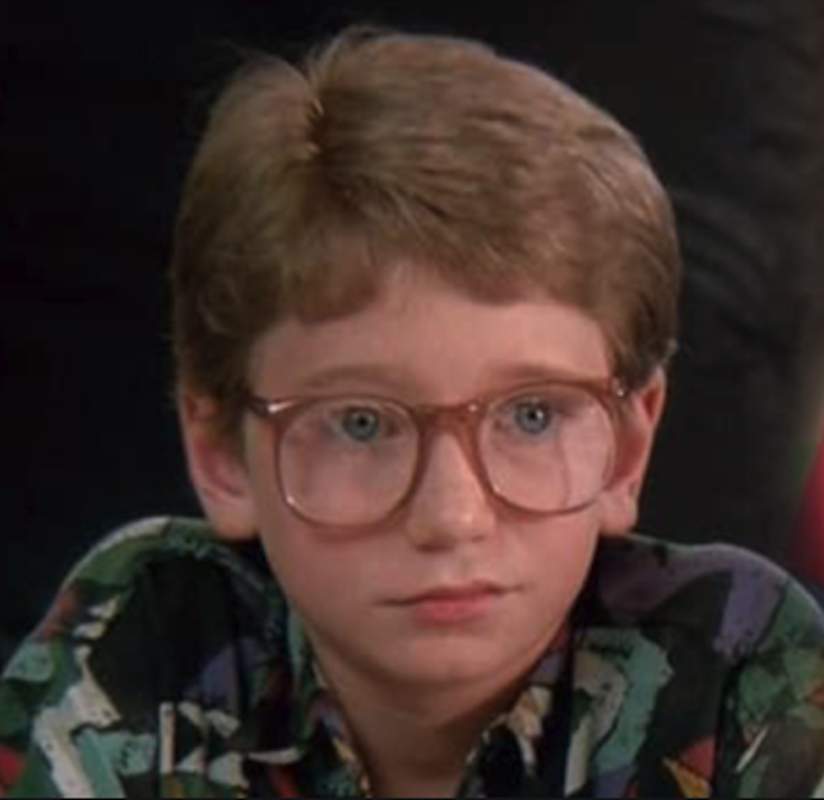 Castile is perfect in his portrayal of the nerdy, geeky, sensitive, and sweet Mark Foster, the youngest of Carol’s children. In real life, Christopher Castile identified with his character more than anyone could have guessed at that time. Apart from the show, he bagged a role in the first two ‘Beethoven’ movies and a small voice role in ‘Hey Arnold!.’

Like many other cast members from the sitcom, Castile did not pursue a career in film and television. He went on to pursue his real interests that lay in the academics, and now Castile is the Adjunct Professor of Political Science at Biola University. 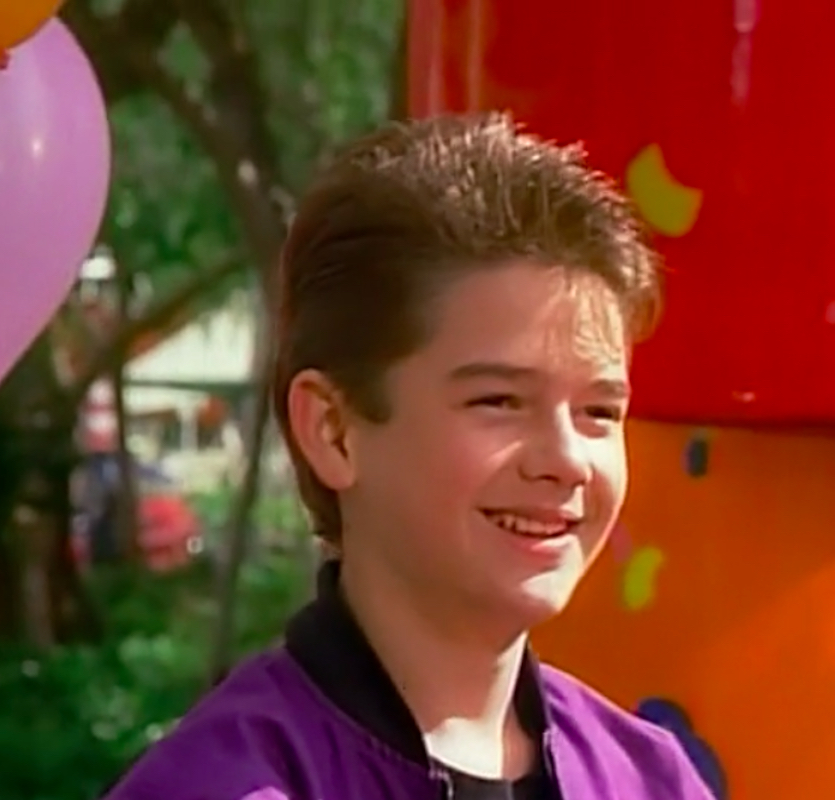 Brandon Call is the self-assured troublemaker and the eldest Lambert kid, J.T. Lambert. Before he got the role of J.T, Brandon appeared in multiple TV shows and movies, albeit in small roles. Apart from ‘Step By Step,’ his most notable acting works are ‘Santa Barbara’ and ‘Baywatch.’ In 1996, Brandon was involved in a seemingly random violent incident when two goons followed his car and shot him in both arms. After wrapping up ‘Step By Step,’ Brandon gave up on a career in the spotlight and retreated to a life of anonymity. His current whereabouts are unknown.

Christine Lakin is the quintessential middle child in her role as tomboyish Al Lambert. Out of all the actors who played the Lambert and Foster children, Lakin is decidedly the one whose acting career flourished after the show. Since 2000, she has done over 40 movies and appeared on several TV shows, most prominently ‘Family Guy’.

She has also acted in shows like ‘Modern Family’, ‘Melissa & Joey’, and ‘Hellcats’, among many others, and movies such as ‘Race To Witch Mountain’, ‘New Years Eve’, and ‘You Again’. In recent years, Lakin has also donned the hat of the director for ‘Lovin Lakin’ (all episodes) and a couple of episodes of ‘The Goldbergs’ and ‘Schooled’.

Cody Lambert is Frank’s likable, quirky, and a bit clueless nephew who lives in a van in the Lamberts’ driveway. He is an airhead surfer, but a sweet enough guy who gets along with the Fosters fairly well. Sasha Mitchell is most well-known for his portrayal of Cody on ‘Step By Step’ and for playing James Beaumont on ‘Dallas.’ During his time as a series regular on ‘Step By Step,’ Mitchell was convicted of spousal abuse and was sent to jail for 30 days in 1996. He only came back to reprise his role in the final season. Now, Mitchell runs a high-end welding company that makes store signs, window display grills, fancy chandeliers, etcetera. 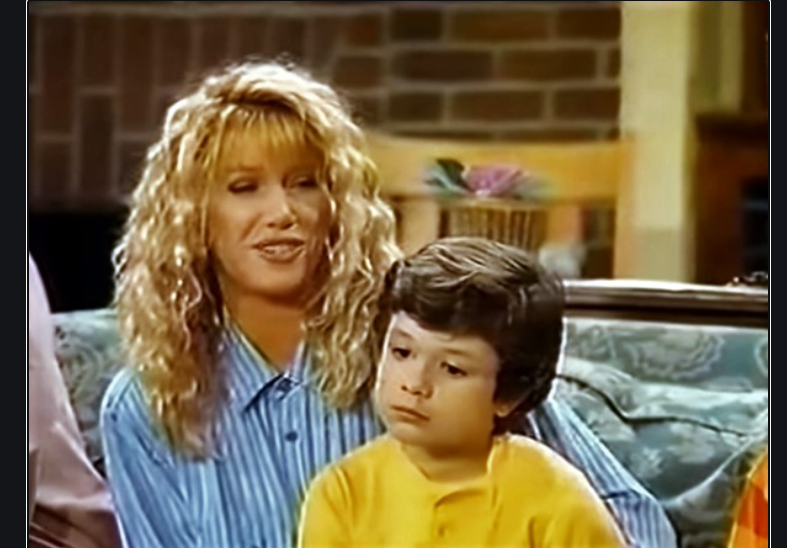 Brendan, the youngest Lambert sibling and the one who was most accepting of the Fosters, was slowly but steadily written out of the show by the time the last two seasons arrived. After playing Brendan on-screen, Josh Byrne disappeared from the TV and film world altogether. Since he has not chosen to pursue fame, his current whereabouts or details of what his life is like are entirely unknown.

Read More: Where Is The Cast Of Sister, Sister Now?