Where to Stream Centigrade? 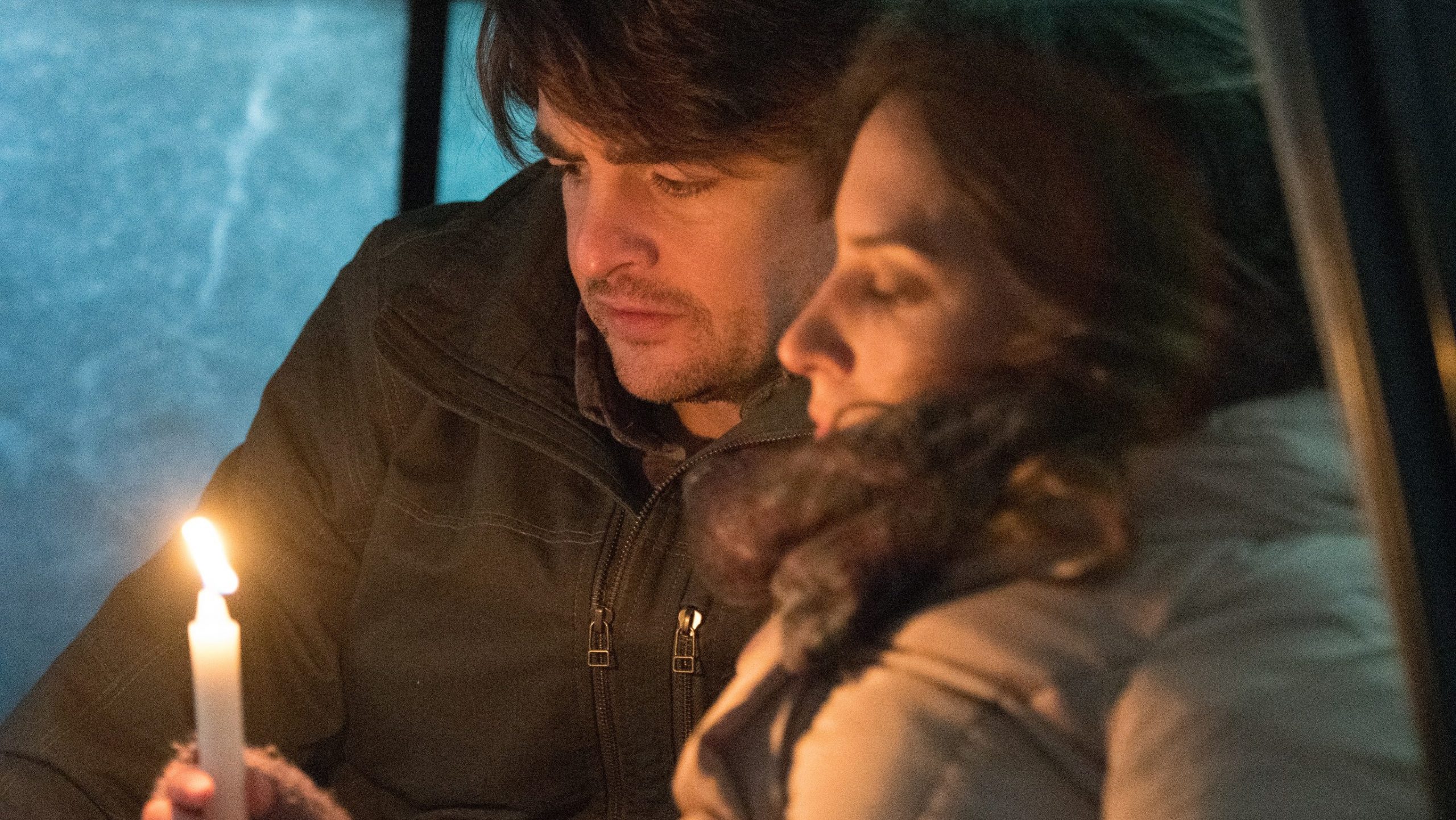 The cold comes for us all in ‘Centigrade.’ When a married couple ends up trapped in their vehicle, they have to spend time in the frozen hunk of metal in a blizzard. The tale recounts how the two struggle to survive while facing plunging temperatures and other unforeseen obstacles.

The director spoke of the naturalistic approach taken in the movie, detailing how the calamity could happen to anyone. As such, the film’s story is based on collected narratives of people who have been in similar situations. The added degree of realism gives it an edge, which might make you wonder where to stream ‘Centigrade.’ We’ve got you covered, but first, let us tell you a bit about the movie.

What is Centigrade About?

The movie follows Matthew and Naomi, a young American couple, who go to the Arctic mountains in Norway. They have to pull over during a snowstorm, and by the time they wake up, the SUV is trapped under layers of ice and snow. Adding to their troubles is the fact that Naomi is eight months pregnant. The few resources and dwindling supplies are not exactly promising either, and the couple has nothing but time at hand. Tensions, blame, and personal secrets rise to the surface, but the two realize they cannot fall apart at that juncture. It is up to them to work together and survive the grueling battle against the elemental situation.

As hypothermia starts to set in, they have disturbing hallucinations. When the temperature dips as low as minus thirty degrees centigrades, Matthew and Naomi know they must escape or die.

Is Centigrade on Netflix?

Netflix has a finely maintained roster where nobody walks away disappointed. The platform’s collection of thrillers is enviable, and while ‘Centigrade’ cannot be streamed here, you can always check out ‘Good Time,’ which explores how two siblings face the consequences of a bank robbery gone wrong.

Is Centigrade on Hulu?

Hulu might have a niche viewer base, but the collection of films and shows is laudable. Don’t feel low if you can’t stream ‘Centigrade’ on Hulu at the moment. Check out ‘The Guilty,’ where a police officer who’s demoted to a desk position answers a call where a woman claims to have been kidnapped. He tries to race against time to save her, while confined to his spot.

Is Centigrade on Amazon Prime?

Amazon Prime is perhaps second only to Netflix when it comes to its roster of content. ‘Centigrade’ is not available as is for Prime subscribers, but you can always purchase and watch the movie.

Where Can I Stream Centigrade Online?

If you’re not a Prime subscriber, you can still stream ‘Centigrade.’ Just head to Apple TV, YouTube, Google Play, or Vudu to purchase and watch the film. You can also catch ‘Centigrade’ via DirecTV, Xfinity, and Spectrum.

Can I Stream Centigrade Online For Free?

Unfortunately, there is no way to watch ‘Centigrade’ for free at the moment. You have to wait until it arrives on a platform with a trial period. However, we urge readers to pay for all the art they consume.