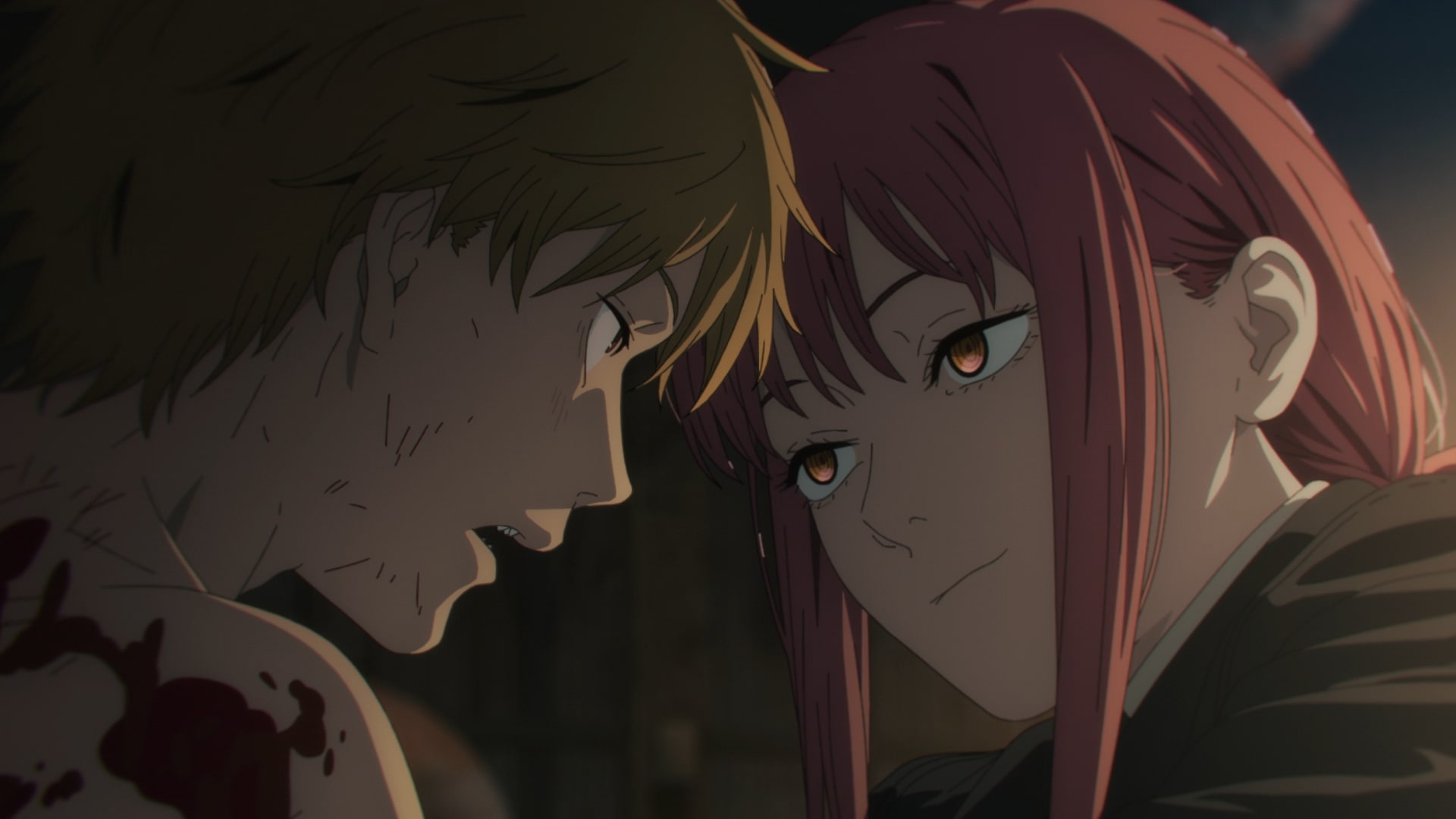 In ‘Chainsaw Man’ episode 1 titled ‘Dog & Chainsaw,’ Denji, a young man tries desperately to pay off his late father’s crushing debt by hunting devils for the yakuza with the help of his Chainsaw devil pet, Pochita. One regular day, his debt collector takes him to a dilapidated facility for another assignment and ends up betraying him for his ulterior motives. Although Denji gets killed there by zombified humans, his pet fuses with his body, granting him unimaginable powers and reviving him in the process. Here’s everything you need to know about the ending of ‘Chainsaw Man’ episode 1. SPOILERS AHEAD!

Denji is a young man who still owes the yakuza a crushing debt of over 38 million yen despite working for them for years and selling different body parts including his eye and kidney. Thankfully, he has a Chainsaw devil pet named Pochita who helps him earn large sums of money by hunting devils for the yakuza. The duo lives together in a ramshackle cottage and has to survive by eating bread as they don’t even have the means to buy jam. 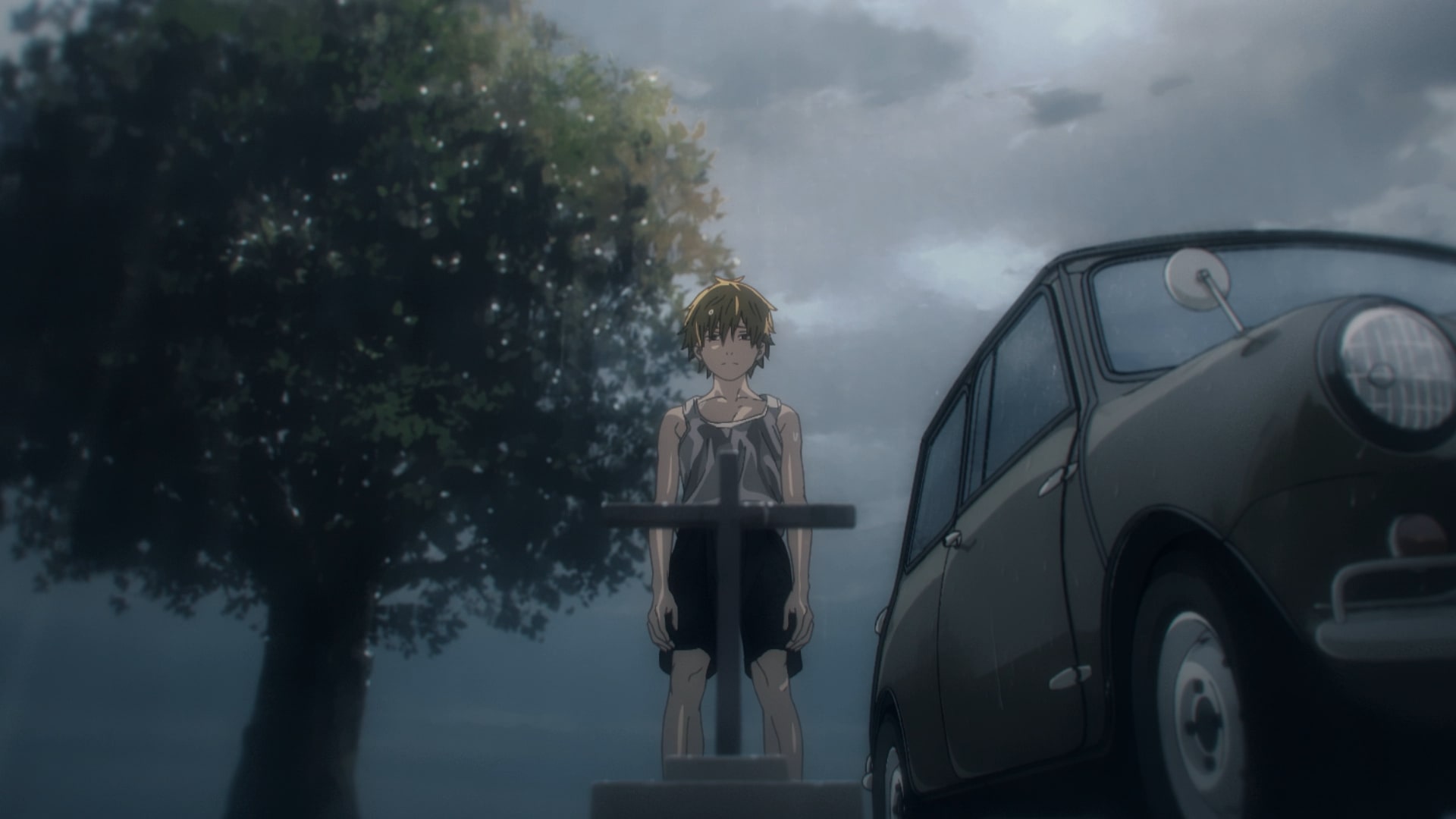 In his terrible financial circumstances, all Denji dreams about are living a normal life and finding a girl he likes. Unfortunately, it seems like a far-fetched dream for him. When he was just a young boy, Denji’s father hung himself and left a crushing debt on him. The debt collector warned him that if he fails to collect 700,000 yen by tomorrow, he will get murdered. Listening to the impossible task, Denji gave up all hopes of living longer. That’s when he met a Chainsaw devil who had an injury on his stomach.

Denji allowed the devil to drink his blood to recover and ended up naming him Pochita. The duo started living together after that and the Chainsaw devil helped Denji hunt devils to repay at least some money that the yakuza expected of him. One ordinary evening, the debt collector suddenly knocked on his door for an assignment. Denji was taken to a dilapidated facility, where he expected the debt collector to ask him to hunt a devil. 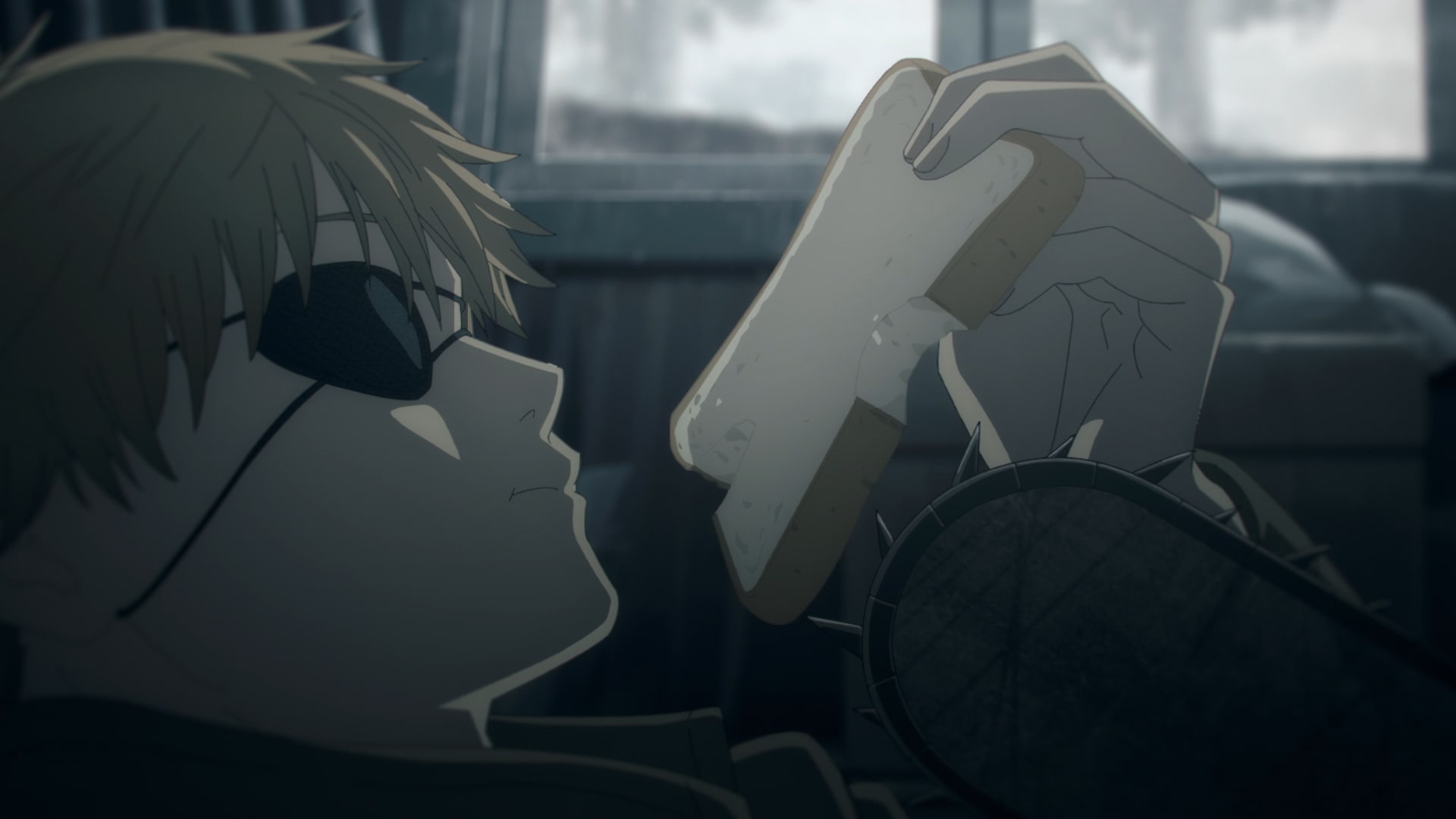 However, to his surprise, Denji learned that the debt collector and the yakuza had made a deal with the Zombie devil for demonic power. In return, the Zombie devil wanted the devil hunter to be killed since he hated them. Before Denji could fully process what was happening he was stabbed in the back and although he tried to flee he eventually got surrounded by zombified humans- who brutally murdered him.

Chainsaw Man Episode 1 Ending: How And Why Does Pochita Revive Denji? What Does He Ask From Him in Return?

After the zombified humans have killed Denji, some of his blood accidentally flows into Pochita’s mouth waking him up and supposedly healing some of his injuries. The loyal pet recalls Denji once telling him that he is likely to be killed while devil hunting one day. In such a scenario, he had asked Pochita to take over his body and live a normal life. So, when he finally finds himself in that situation, Pochita fuses with Denji’s body without giving it a second thought. 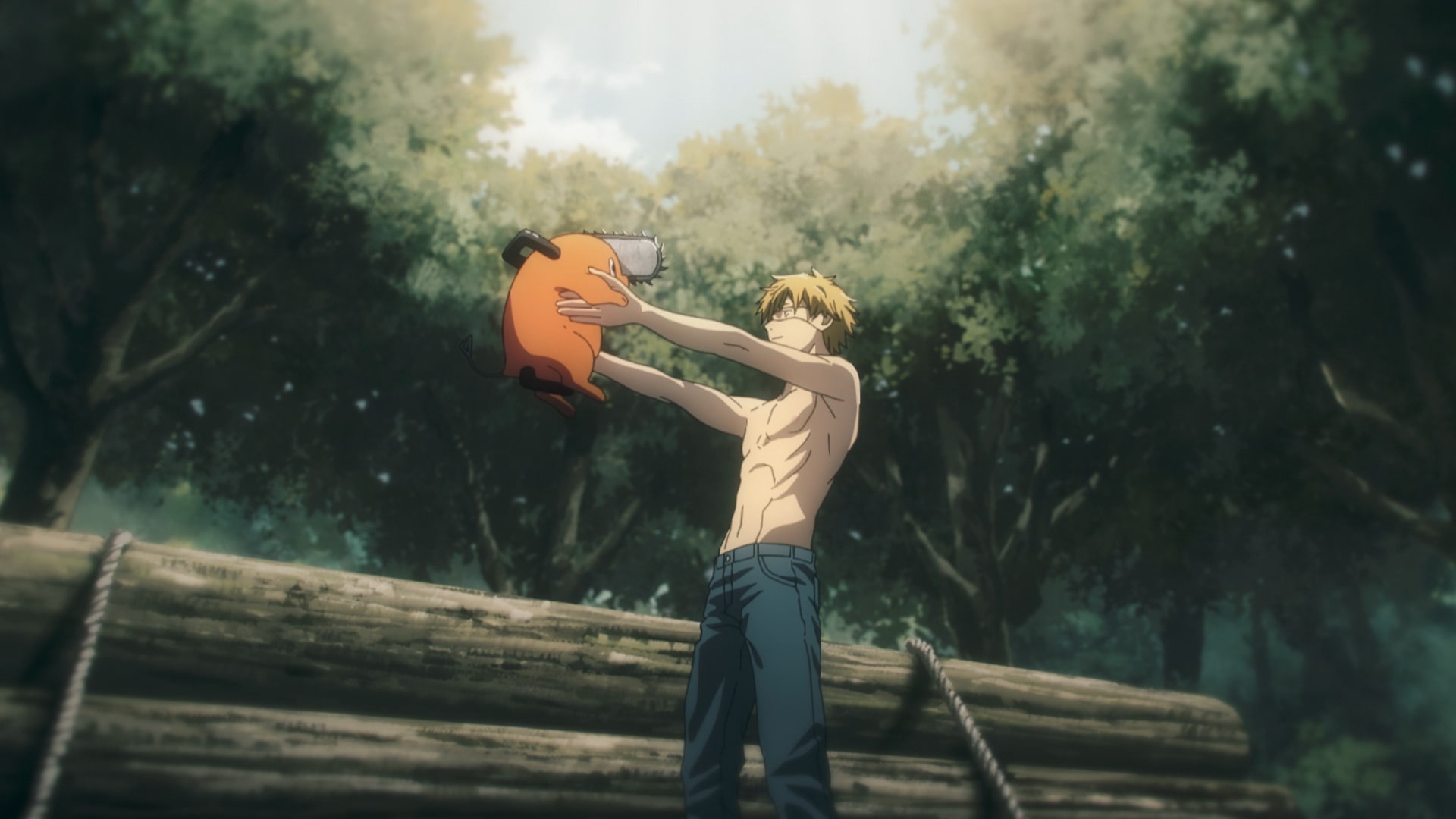 In a dream sequence, Denji asks Pochita if he has taken over his body just as he had asked him to do but to his surprise, his loyal pet not only talks back but confesses a secret that he always loved to hear him talk about his dreams. Pochita offers to give him his heart on the condition that Denji will continue to let him see his dreams. Before he could reply, Denji suddenly woke up and realizes that he is not only alive but now possesses the powers of the Chainsaw devil.

Does Denji Kill the Zombie Devil? What Happens to the Debt Collector?

When Denji manages to stand on his feet, the mindless zombified humans turn their attention toward him again. The Zombie devil also realizes that he is not dead, so he tells his minions to kill him. Meanwhile, Denji wonders why these zombified humans were not satisfied with what they already had in life and come to the conclusion that he is not much different from them as he never truly appreciated his time with Pochita until now. Soon the Zombie devil’s mindless minions climb on Denji and it appears that they are eating him alive. 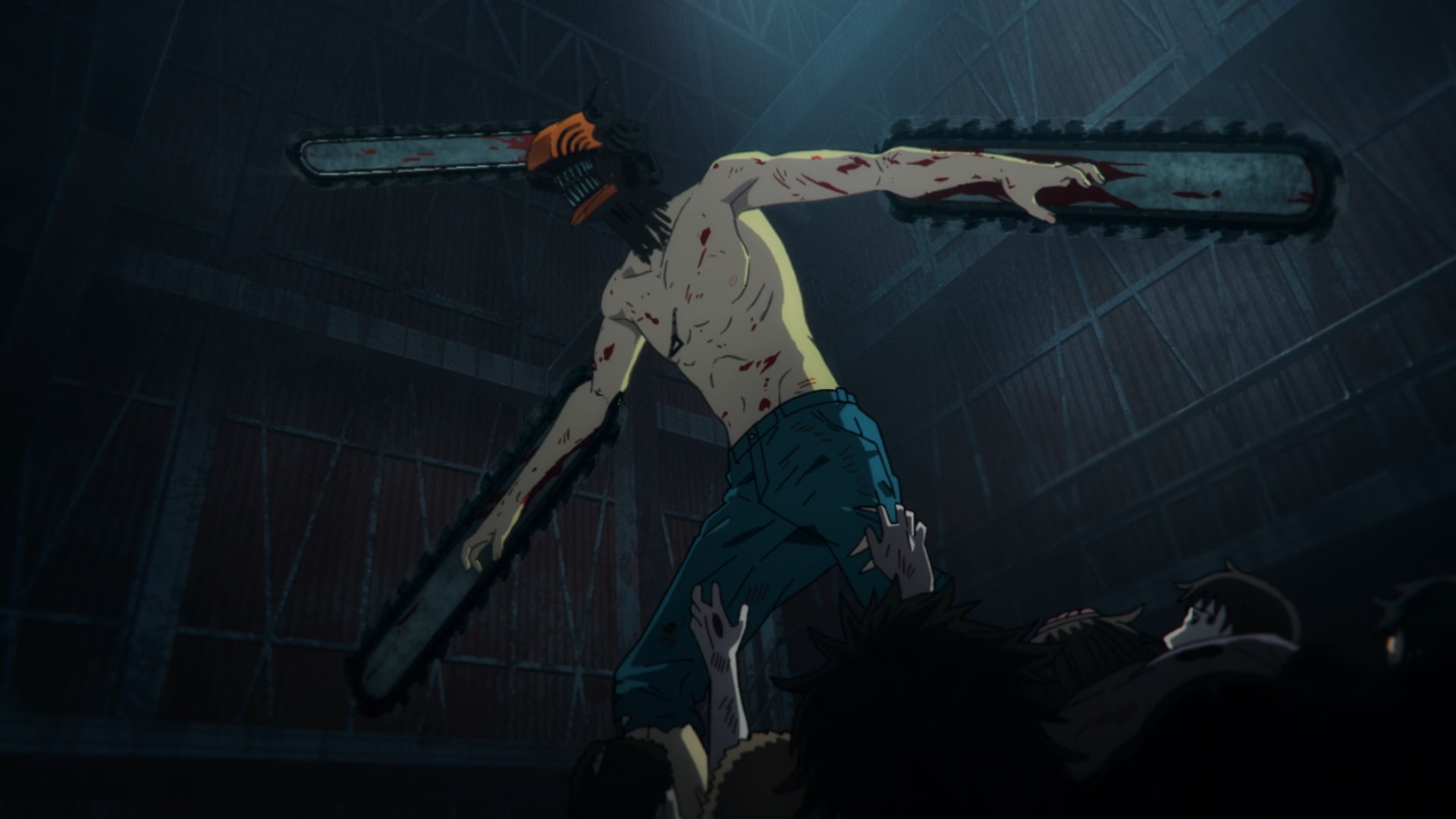 However, the sound of a chainsaw suddenly startles the Zombie devil. It turns out that Denji is massacring all the zombified humans using the chainsaws protruding out of his hands and head. The debt collector who is now one of Zombie devil’s minions also gets torn into pieces by him. Denji is relentless in his assault and he does not stop until he kills every last of his enemies in the dilapidated facility along with the Zombie devil himself.

What is Makima’s Offer For Denji? Does He Accept it?

Sometime after Denji has massacred the zombie devil along with his entourage of mindless minions, a group of three mysterious people arrives at the dilapidated facility. They observe the situation and realize that one devil is still alive. The light red-haired woman named Maikma who leads the other two approaches Denji and introduces herself as a Public Safety Devil Hunter. While they have barely started talking, Denji begins to slip into a state of unconsciousness. As he falls back, he asks to be hugged, and Makima responds immediately by holding him in her arms. 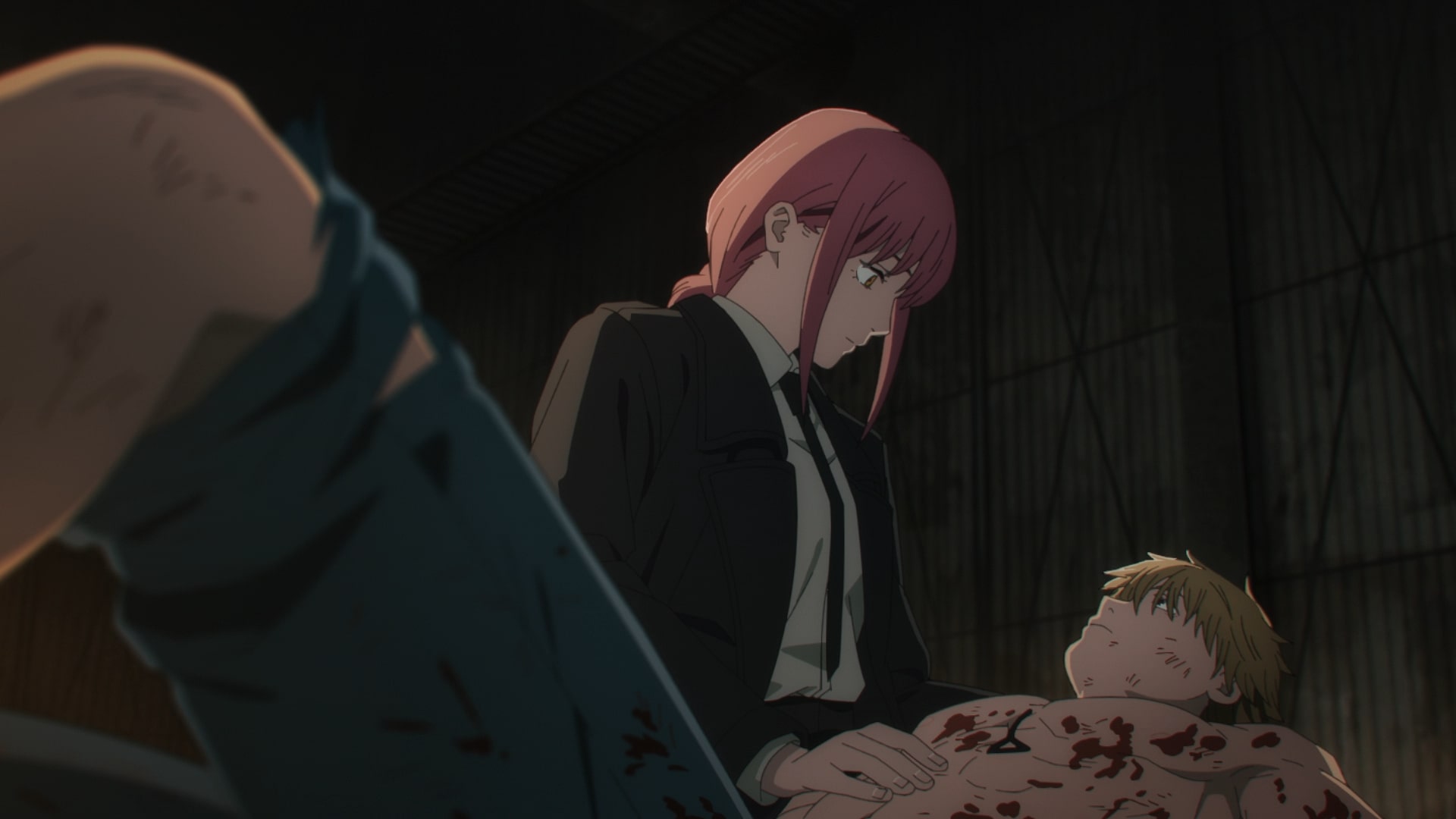 At that moment, Denji immediately turns back into a human again. While the other two men are still suspicious, Makima reassures them that there is nothing to be scared of. She allows Denji to rest on her lap and gives him two options. He either gets killed by her as a devil or lets her keep him as a human- promising to take care of him and ensuring that he will be well-fed. In his terrible state, the guarantee of timely nutritious meals is more than enough to convince Denji, who accepts Makima’s offer without any conditions.