Review: Chemical Hearts Rises Above the Clichés of Teen Romance 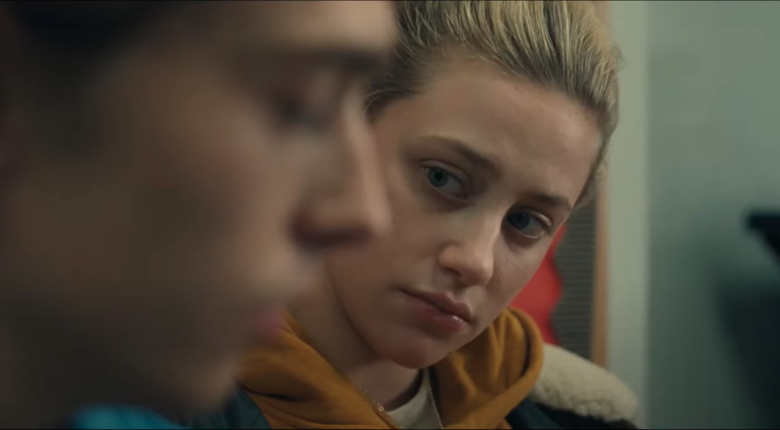 Amazon Prime’s ‘Chemical Hearts’ is the story of two teenagers who explore the meaning of love and heartbreak in their final year at school. Based on the book ‘Our Chemical Hearts’ by Krystal Sutherland, it focuses on the real struggles of teenagers through a raw and uncompromising lens. The story doesn’t bother to fall in line with the popular iterations of teen romance and presents a fresh narrative that is heartbreaking and heartwarming at the same time.

Henry Page is focused on his academics. The only thing that he wants at the moment is to become the editor-in-chief of the high school newspaper. Though he has a non-existent love life, he considers himself a hopeless romantic. His first fall in love comes with the arrival of Grace Town. She walks with a cane, wears baggy clothes, and seems overall uninterested in everything that is going on around her. She is offered the position of co-editor with Henry, which she is quick to refuse. This gets him interested in why she would throw away an opportunity that he covets so much. A conversation strikes up, a Pablo Neruda book is exchanged, and a sense of mystery surrounding Grace gets Henry completely hooked to her. But the problem comes when he realizes that, unlike him, she has already been through the ordeal of falling in love for the first time.

Teen movies often work on a fixed formula of boy-meets-girl, where one of the protagonists is a tortured soul (or too introverted, in case the movie doesn’t want to be too heavy with its themes). Their paths cross through some conspiring by fate, and it’s all falling in and out of love from there. Such a story hits all the cliches of a romance drama, where conflict comes out of the past trauma of a person and their struggle in handling it. ‘Chemical Hearts’ works pretty much along the same lines. It barely has anything you have never seen before. It winds around the same old story that Hollywood and romance books have so repeatedly spun, time and again. But this shouldn’t deter you from giving this movie a try.

There is a fresh air about the way the events in ‘Chemical Hearts’ unfold, something realistic and hence more acceptable. It doesn’t have that uncanny cheeriness of teen rom-coms, nor does it rely on the common tropes of mean girls, love triangles, or death on the horizon for one or the other protagonist. The characters are real people who have flawed perspectives and deep-seated romanticism. The protagonist of the story is Henry, a reader, and a writer, who has learned the meaning of love and romance from the books he reads and the movies he watches.

He has this definitive idea about what love should be like, and being young, has never considered that heartbreak might be a part of it too. He is wide-eyed about the whole concept but hasn’t been eager to jump into it ever. But then the idea of his love crosses paths with him and he doesn’t blink before falling. To give a different perspective to his thought process, and in doing so, reflecting the idea that young people might pick up from a number of other movies that have portrayed such love stories before, the film focuses on his hobby of Kintsugi, the art of putting back together the pieces of broken pottery. Through the similarities and differences in his hobby and his love life, it highlights the lack of understanding that he exhibits, and how he grows with it towards the end.

Austin Abrams brings a charm to playing a silly teenager who’s fallen in love for the first time. Henry’s ups and downs in the relationship with Grace, where his infatuation festers, mixed with confusion and intrigue towards her, sometimes leads to misplaced concerns. Matching his intensity is Lili Reinhart, who has also produced the film, giving the sense of broken pottery held together by duct tapes and glue to Grace. Her pain and internal turmoil are kept at a distance from the audience, much like it remains a vague part of her identity to Henry. Together, the actors balance the moody sadness of the film with enjoyable chemistry that gets us interested in the couple, but more importantly, in where they stand as individuals.

The film takes a number of familiar turns along the way but charts the journey in a manner that rarely appears in teen romance dramas. As the story develops, the characters grow, and the ending emphasizes on this transition. They have learned something through their experience, and it’s somewhat surprising in the way that it ends on a note that the audience will find more intimate, feasible, and realistic than the way things often turn out in any romantic comedy. It is sweet and tragic and feel-good and revives your faith in the genre.