Is Chemical Hearts a True Story? 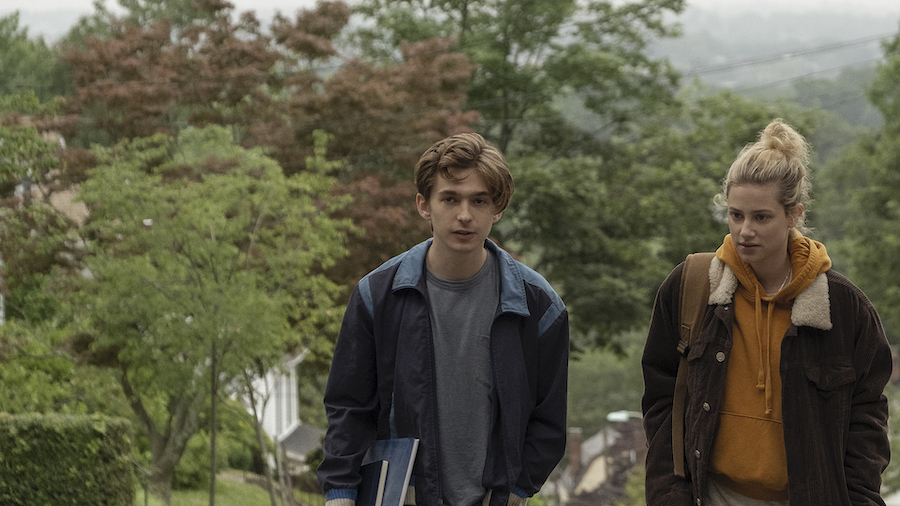 ‘Chemical Hearts’ tells the story of Henry and Grace, who meet for the first time when they are made co-editors of the school newspaper. Henry is immediately fascinated by Grace, who is rather dismissive and distant of her surroundings. Soon enough, they bond with each other and become good friends. While Henry falls in love with her, Grace is dealing with a past trauma that has stunted all further movement in her life.

The film focuses on the bittersweet feelings that arrive with falling in love for the first time in their teens. Its ending gives it a more realistic punch and the characters seem more relatable than the ones that appear in other cheesier romance dramas. What brings this raw authenticity to ‘Chemical Hearts’? Is it based on a true story? Let’s find out.

Is Chemical Hearts Based on a True Story?

No, ‘Chemical Hearts’ is not based on a true story. It is based on the book ‘Our Chemical Hearts’ by Krystal Sutherland. The book leaves behind the general tropes of teen romance and focuses more on heartbreak rather than the idea of love itself. Because both the characters go through heartbreaks, Sutherland needed something real to base her fictional story upon. To channel these feelings, she went back to her first heartbreak and how it had made her feel. This was also what made her realize that not all love stories have happy endings, and she embedded this message in her book as well.

One of the reasons behind writing ‘Our Chemical Hearts’ was that Sutherland wanted to write something she would have loved to read as a teenager. She wanted to explore the territory of falling in love for the first time, but also needed something of an “anti-romance” spirit that would give more individuality to her characters. To surround herself with the feeling of heartbreak, she listened to the music that would invoke that feeling and relied on her past experiences with all kinds of people. She also credits an article on Nerve.com called “This Is Your Brain on a Break Up” to be the source of her information about the neurological and chemical effects of heartbreaks, which she talks about in the book.

Overall, her idea was to convey the feelings of love and loss to her readers and tell them that not all love lasts a lifetime. This is one of the most important things to resonate through the story, and this is what brought Lili Reinhart and Richard Tanne on board to make the film.

Tanne, who has also directed the film, found the story reverberating strongly with him, simply because it didn’t try to end things on an unrealistically happy note. “It really appealed to me because unlike most teen romance movies, it wasn’t a story about the first great love of your life, it was a story about the first great heartbreak of your life,” he said in an interview with Entertainment Weekly. “I could really relate to that. It wasn’t until after I finished writing the script that it dawned on me how closely my own high school heartbreak mirrored that of Grace and Henry’s story.”

Tanne recounts that like Henry, he had been the editor-in-chief of his school newspaper, where he got “infatuated with this girl who seemed interested but was always somehow just out of reach. Like both Henry and Grace, it was that complicated relationship that made me experience a spectrum of adult emotions that I had never felt before. Without even knowing it, Krystal’s book had enabled me to tell my own story. What Lili was really drawn to and what we connected on was the depth and the darkness of Henry and Grace’s relationship, both of them discovering some of the more complex sides of life.”