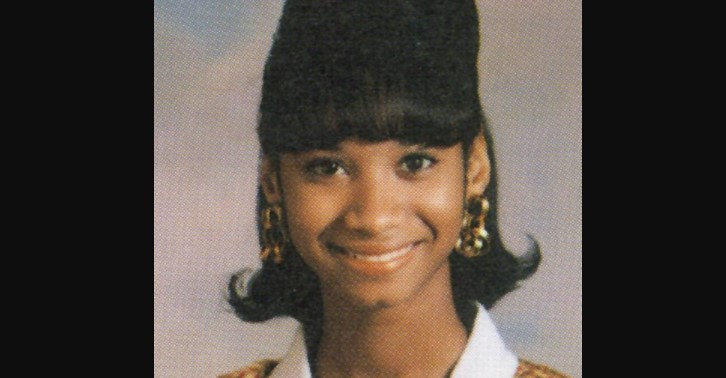 The 1999 shooting of a young and pregnant Cherica Adams has forever been etched into the memories of North Carolina’s residents. The investigation led to one of the most high-profile trials in the country, with a National Football League star a the center of it all. Investigation Discovery’s ‘Fall of a Football Star’ chronicles how Cherica’s tragic death resulted from a disturbing murder-for-hire plot. So, let’s find out what happened then, shall we?

How Did Cherica Adams Die?

Cherica Louvenia Adams was born in June 1975. She was raised mainly by her mother, Saundra Adams, and her grandparents. After dropping out of Winston-Salem State University in North Carolina, Cherica went on to work in real estate. Eventually, she got a side job as an exotic dancer at a club. The 24-year-old was described as having a magnetic personality and was about eight months pregnant at the time of the incident.

Sometime after midnight on November 16, 1999, an injured Cherica called 911 reporting that she had been shot. The young mother-to-be was on her way home after a movie date when she was ambushed on the road in Charlotte, North Carolina. Cherica was shot five times, with four hitting her neck and back. She had perforated intestines, liver, and stomach. The authorities rushed Cherica to the hospital. But while they were able to save her baby, she was taken off life support on December 14, 1999. She died of organ failure.

Before Cherica passed away, she provided the authorities with a lot of information. On that night, she was on a date with her on-and-off boyfriend, Rae Theotis Carruth. Back then, Rae was a player for the Carolina Panthers and was picked 27th overall in 1997. Rae and Cherica were driving in separate cars, with the 24-year-old following the footballer. In the 911 call, Cherica mentioned that Rae slowed down before another car pulled up beside her vehicle, shooting at her. She believed Rae had something to do with it.

The authorities also learned that Cherica, pregnant with Rae’s child, was adamant about having the baby. However, Rae was less than enthused and had asked her if she would get an abortion. The police looked into Rae’s phone records, leading them to a break in the case. They came across Michael Kennedy, a friend of Rae’s who was also a drug dealer. Soon, Michael’s admissions to the police revealed a gruesome murder-for-hire plot that left everybody shocked.

Another phone number in the records went to a motel close to the airport. A few days after the shootings, the police came across Van Brett Watkins at the same motel, and he was brought in for questioning. Eventually, the authorities learned what had happened. Van, a security head at a strip club, was approached by Rae in June 1999. Van later remembered, “So he said, ‘How much would it take to beat up a girl and make her abort her baby?’ I said, ‘I don’t beat up a girl. I kill people.'”

Over time, Van claimed that Rae suggested many different plans to have Cherica killed. Ultimately, it was decided that Van would ambush Cherica after Rae and she finished their date. Also present with Van was Michael Kennedy, who eventually acquired the gun, and his best friend, Stanley Abraham. So, after the movie was done, Rae and Cherica drove back to his place, picked up her car, and continued driving in separate vehicles to her place.

Michael, who was driving the car, pulled up beside Cherica as Rae slowed down ahead, with Van shooting into the vehicle five times. By the time Cherica died almost a month later, Rae was out on bail and had fled. He was eventually caught in Tennessee. Rae was hiding inside the trunk of a friend’s car. He had energy bars, a phone, money, and empty bottles in case he had to urinate.

Where Are Rae Theotis Carruth and Van Brett Watkins Now?

Of the four accused, only Rae went to trial, with Van and Michael testifying during the proceedings. A former girlfriend of Rae’s, Candace Smith, testified that he admitted to the ambush. Another ex-girlfriend, Amber Turner, stated that Rae had threatened to kill her if she didn’t get an abortion. Earlier, Michael and Stanley pleaded guilty to various charges and served about 11 and 90 days in prison respectively.

Van pleaded guilty to second-degree murder and was sentenced to up to 40 years and five months in prison in April 2001. He remains incarcerated at Central Prison in Raleigh, North Carolina. Now in his 60s, Van is projected to be released in 2045. As for Rae, he was convicted in 2001 of conspiracy to commit murder, discharging a firearm into occupied property, and using an instrument with intent to destroy an unborn child.

Rae was sentenced to serve 18 to 24 years behind bars. In October 2018, at 44 years old, he was released from prison. He became a practicing Muslim while incarcerated and had moved to Pennsylvania to live with a friend. According to a report in 2019, he worked from home and was employed by family. In December 2019, Saundra had stated that Rae had sent a check for several thousand dollars to his son, Chancellor Lee Adams.