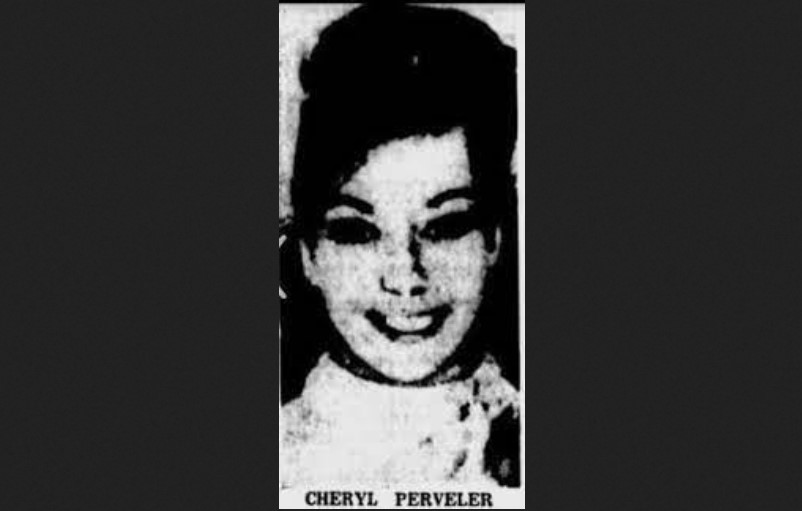 Cheryl Perveler seemed to have a perfect life. She had only been married for seven weeks and was looking forward to a wonderful life with her husband. However, a crime fueled by hatred ruined all her dreams as Cheryl was shot in the head when she was about to park her car inside her Los Angeles, California, apartment in 1968.

As the police investigated the murder of the 22-year-old, they realized that a slaying that occurred years ago was eerily connected to Cheryl’s murder. While the case is covered in Investigation Discovery’s ‘A Crime to Remember: The Newlydeads,’ let’s delve into the details and find out where the perpetrators are at present, shall we?

How Did Cheryl Perveler Die?

Cheryl Perveler was newly married and just 22-years-old at the time of her murder. She resided in Los Angeles, California, with her husband and looked forward to building a happy life with him. Young and ambitious, Cheryl was known for being a generous and kindhearted individual who loved helping her neighbors out and always met everyone with a smile. Reports mentioned that Cheryl was previously employed as a physical education instructor at a gymnasium for women in Glendale, but she left her job to move to Los Angeles with her husband.

Moreover, since her husband, Paul Perveler, previously worked in the Los Angeles Police Department, their family was pretty well known and respected in society. On April 20, 1968, John E. Miller, the manager of the building where Cheryl resided, entered its carport at around 11:30 pm. Once inside, he noticed that Cheryl’s car had its engine running and went forward to investigate. That was when he found the young woman bleeding in the driver’s seat and immediately called the police.

When first responders reached the spot, they noticed that Cheryl was still alive and did not waste any time transporting her to a local hospital. However, she never got to regain consciousness and passed away at the hospital on April 21. Later, an autopsy mentioned that Cheryl died after being shot twice in the head, and although authorities found a gun in her purse, it was still unused with its ammunition intact.

The initial investigation into Cheryl Perveler’s murder was pretty challenging as the police did not have any leads or witnesses to work with. They carried out a thorough search of the crime scene, canvassed the local area, and even interviewed several of Cheryl’s acquaintances, but to no avail. While there were no immediate suspects that came to mind, people had no idea why anyone would want to harm the 22-year-old. Eventually, through the investigation, the police learned that Cheryl had a double indemnity insurance policy, which her husband, Paul Perveler, was trying to collect.

Even though Paul seemed pretty devastated by the loss of his wife, authorities looked into his life and discovered that he was having an affair with a woman named Kristina Cromwell. Paul met Christina when he started work as an insurance adjuster, and the show mentioned that the latter bought Paul two beer bars to run. In 1986, a year after Paul and Christina met, her then-husband, Marlin Cromwell, met a gruesome death when their Highland Park home was set on fire. Once the fire was subdued, the case turned into homicide as an autopsy determined that Marlin was shot to death before being burned.

Although Marlin Cromwell’s killers were never caught, Christina collected his life insurance and did not seem much perturbed by the death. Naturally, such a history made the police suspect Paul and Christina of murdering Cheryl, and their suspicion was further strengthened once Paul’s ex-wife approached and claimed that there was an attempt on her life. Thus, confident that they had enough circumstantial evidence for a trial, authorities decided not to wait any longer and arrested Paul and Christina for their roles in Cheryl’s death.

Where Are Paul Perveler and Christina Cromwell Today?

Once produced in court, Christina Cromwell and Paul Perveler pled not guilty to the charges against them, but the jury wasn’t convinced. Christina and Paul were both found guilty of murdering Marlin Cromwell, while Paul was also convicted of Cheryl’s murder and his ex-wife’s attempted murder. As a result, Christina was sentenced to life in prison with the possibility of parole, while Paul was sentenced to death in 1969.

In 1972, California abolished capital punishment, automatically changing Paul’s sentence to life in prison and making him eligible for parole. Since then, he tried to appeal for parole multiple times, but his ex-wife was determined to keep him behind bars. Although reports back in 2017 mention that Paul was unable to obtain parole and was still behind bars, current prison records have no mention of him. Still, with no news about his release or death, we can assume that Paul is still behind bars.

On the other hand, the show mentioned that Christina was granted parole in 1976. From the looks of it, she married a man named Rex Rapier and settled down in Sacramento County, California. Although Rex passed away in 2016, Christina lived on for another year before breathing her last on January 16, 2017, at the age of 76.