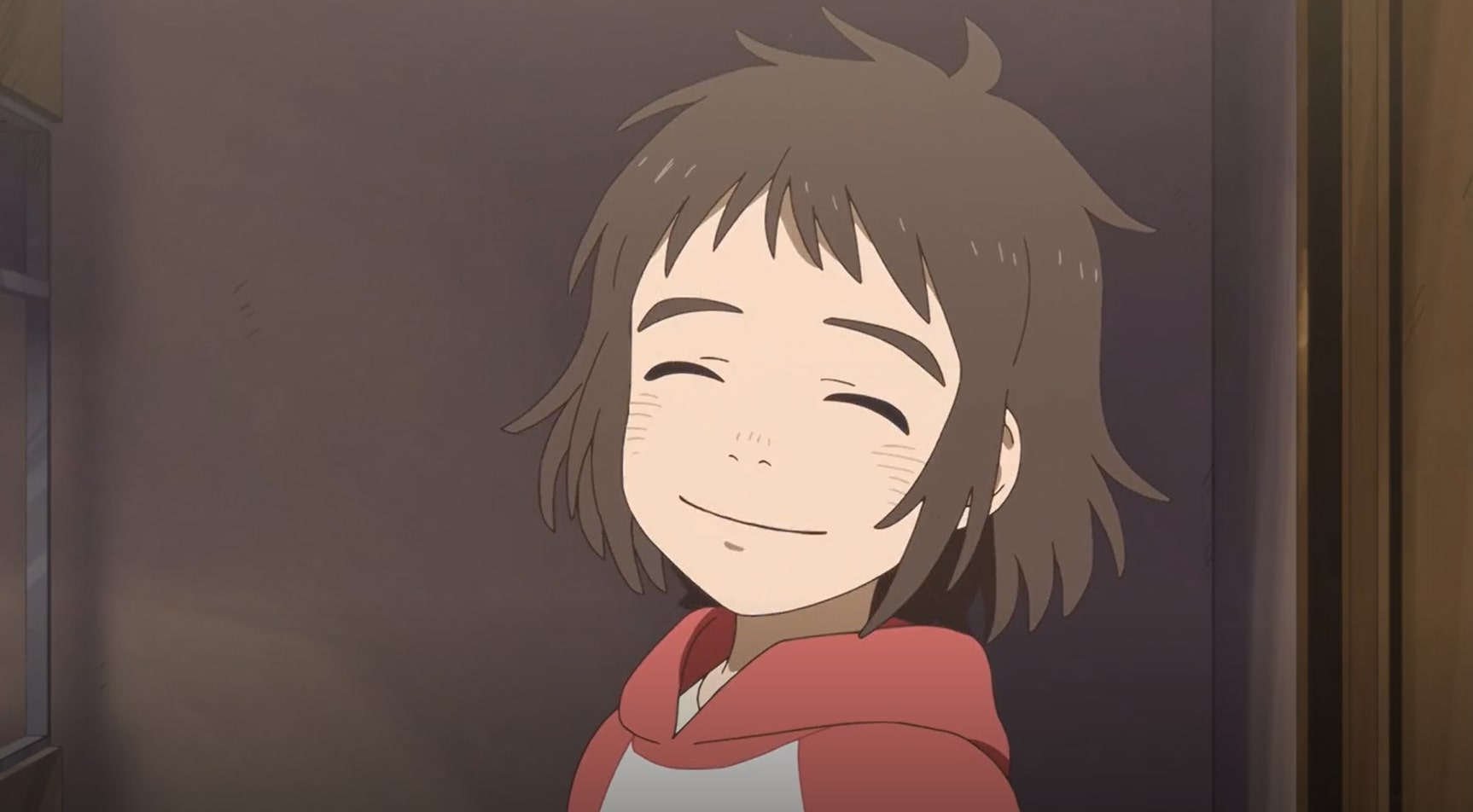 ‘Child of Kamiari Month’ or ‘Kamiarizuki no Kodomo’ is a Japanese animated film directed by Takana Shirai that focuses on the themes of loss and self-discovery. The movie follows a 12-year-old girl named Kanna, who is struggling with her mother’s untimely demise. As a gifted athlete who once used to love running, all she wants now is to quit. However, when Kanna finds hope of reuniting with her mother, she embarks on a long journey that turns out to be a life-changing experience for the innocent girl. But does she accomplish her goal in the end? Let’s look at the emotional ending of ‘Child of Kamiari Month’ to find out. SPOILERS AHEAD!

Kanna is a gifted runner whose talent for athletics is well-known by her friends. However, the past few months have been incredibly testing for the 12-year-old as she lost her mother, Yayoi Hayama, an exceptional runner herself. Memories of training with Yayoi fill Kanna with a strange sense of melancholy and sadness that appears to have no end. However, she tries to fight through the emotional trauma and run a marathon only to stop just before the finish line. When her father approaches and reminds Kanna what her mother would have said, she is infuriated and runs away only to stop at a shrine. 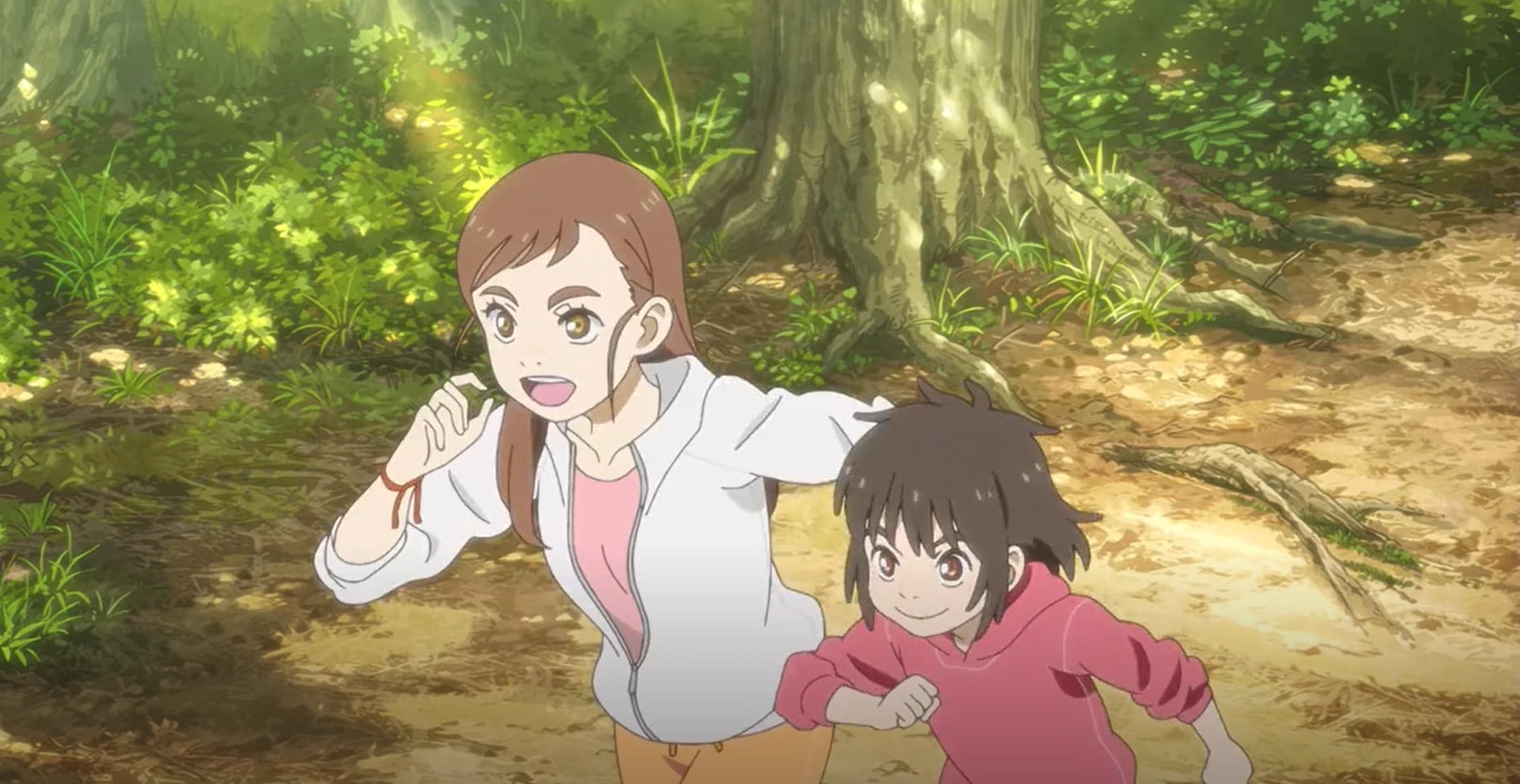 When Kanna wishes to see her mother one last time and wears her bracelet, time slows down, and a god and a descendent of demons (Yasha) appears right in front of her. A talking rabbit named Shiro arrives just moments later to defend Kanna. He informs the protagonist that her mother was a descendent of Gods, and after wearing the Idaten amulet, Kanna is now her successor. Every year in October, Gods from all parts of Japan congregate in Izumo for a matchmaking ceremony.

However, the caretaking gods who stay behind to maintain order provide their offerings for the occasion. It is the task of the descendants of Gods like Yayoi to gather it by visiting every shrine in Japan and then carrying it to Izumo in time. The Idaten amulet can distort spacetime, giving the descent of Gods enough time to accomplish the ambitious task. Realizing that she will be present at the Gods’ gathering, Kanna assumes that she will get to see her mother too.

When she asks Shiro about it, the rabbit speaks about the legend that says that the two worlds connect in the kingdom of God. He himself seems skeptical of his words but tells Kanna that she will get to meet her mother if it’s her fate. The duo embarks on an adventurous journey across Japan with Yasha, meeting all kinds of Gods and gathering their offerings in the process. 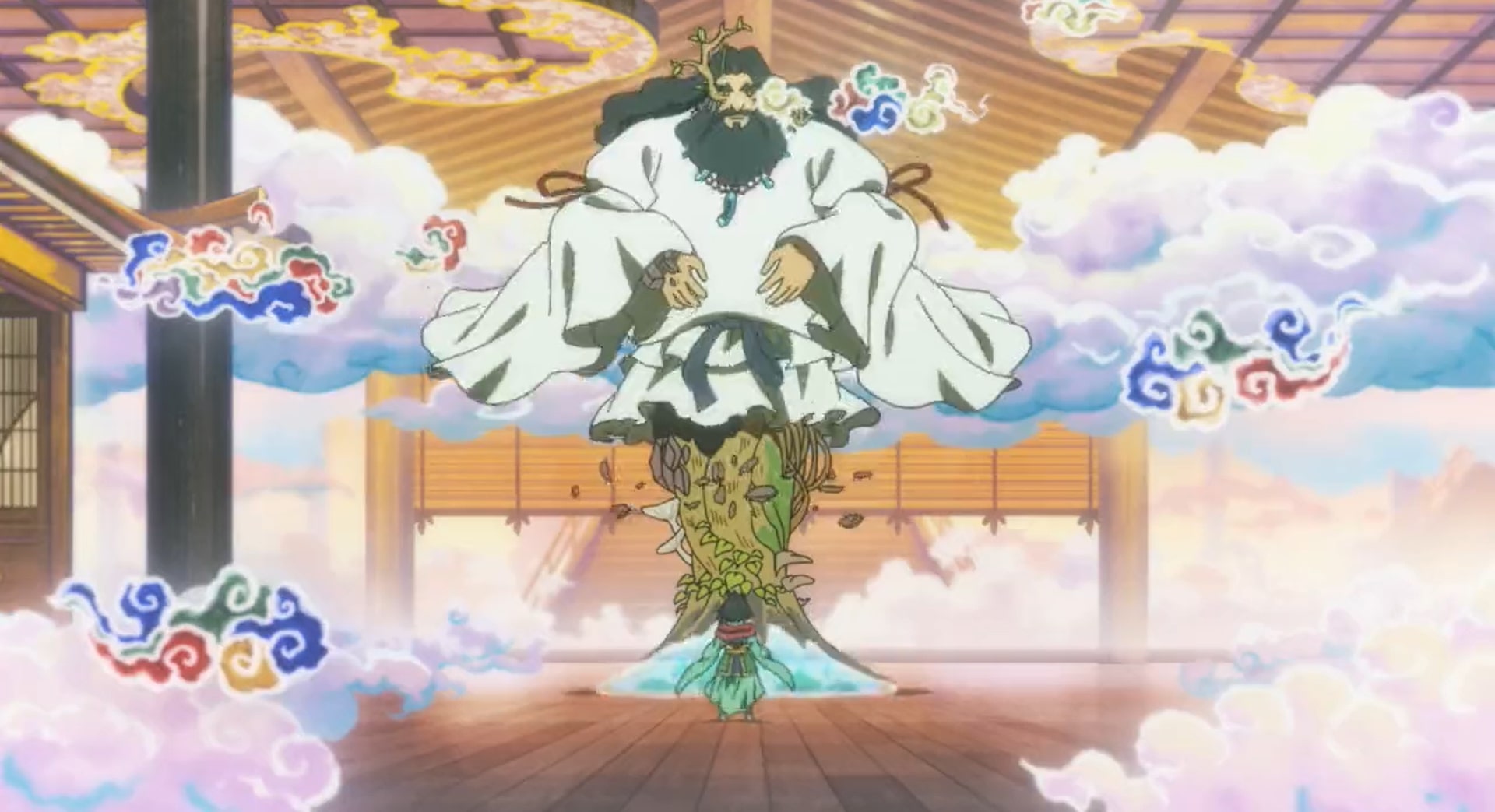 However, just short of their destination, when they decide to take rest, Kanna can hear her mother calling for her. She decides to follow the voice and ends up getting tricked by a God Imposter to give up her ambitious goal. However, when Shiro and Yasha continue to head towards Izumo, her inner voice convinces her to rejoin them again. She then takes the offerings and carries them to the Gods’ gathering just in time.

Child of Kamiari Month Ending: Does Kanna Reunite With Her Mother Again? Why Did Shiro Lie to Kanna About Izumo’s Connection to the Afterlife?

No, Kanna does not reunite with her mother again. When they reach the Gods’ gathering, Shiro asks Ookuninushi to let Kanna meet Yayoi for one last time with his matchmaking powers. However, the deity expresses his regret — he does not possess such power. Ookuninushi explains that he cannot alter someone’s fate but can only help connect them. Therefore, regardless of how much he may desire to help Kanna, he cannot help her. 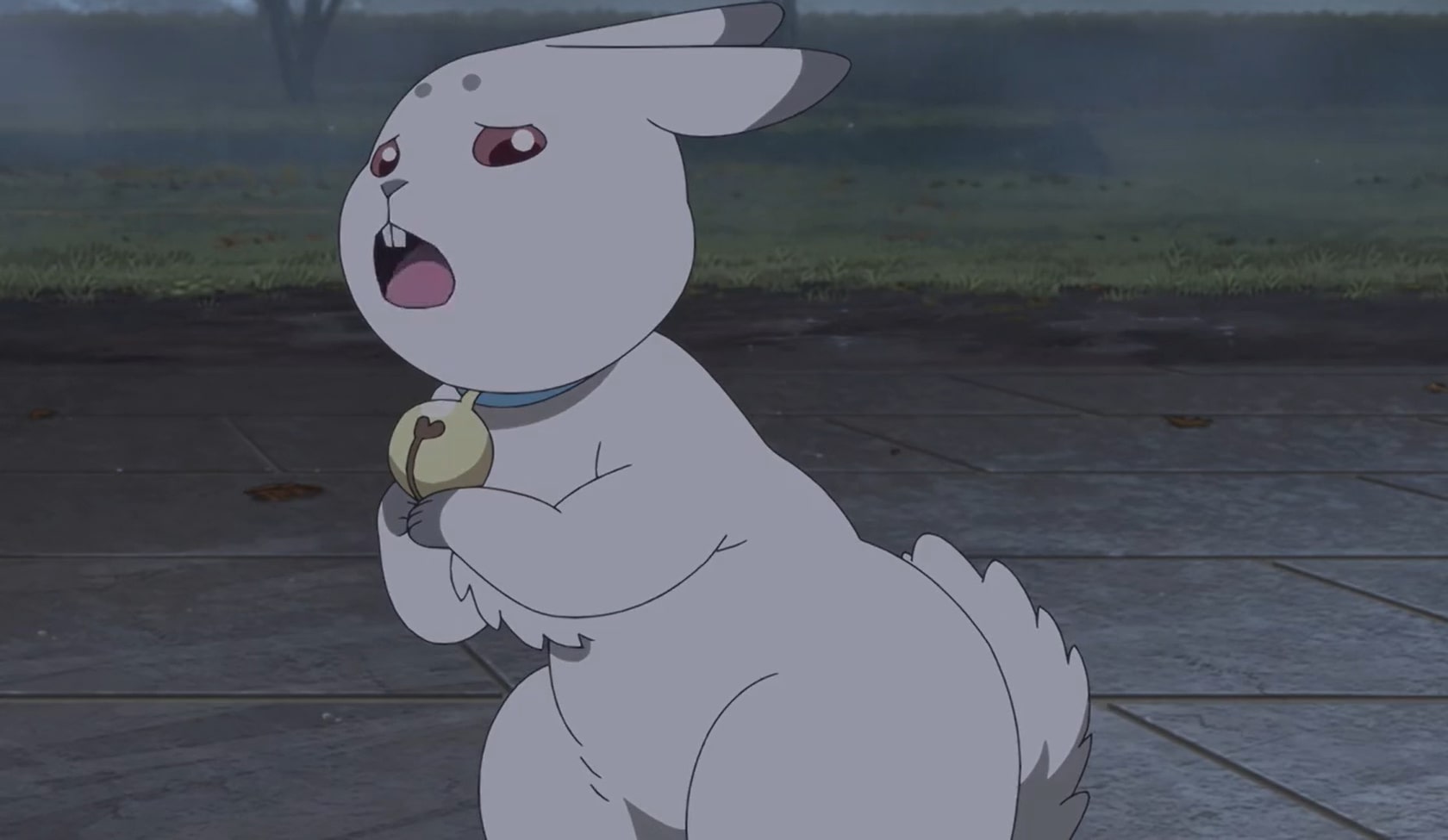 Back when Shiro and Kanna first met, and the latter asked the former whether she would get to meet her mother, the talking rabbit had deflected the question by saying that it is only possible if it’s in written her fate. While his statement was not entirely a falsehood, Shiro did tell a half-truth since he knew that the theory of the two worlds connecting in the kingdom of Gods is merely a legend, and there is no concrete evidence for it.

While the realization was not a pleasant one for Kanna, she did take the sad news quite well. It showed her maturation in the recent days as she had finally realized that there were a lot of things to look forward to instead of dwelling on the past. Kanna even uplifted Shiro’s mood, who was understandably regretful, by acknowledging that she is happy to have gained friends like him and Yasha. So, even though Kanna did not meet her mother again, she finally had made her peace with her untimely demise.

What Is a God Imposter? Why Does it Follow Kanna Around?

God Imposter are entities born in modern times who are willing to go to any lengths to become the Gods. The real deities were formed by the connection between people and nature. However, as the world became more indifferent and people gave in to negative emotions, the dangerous entities were born and thrived on it. 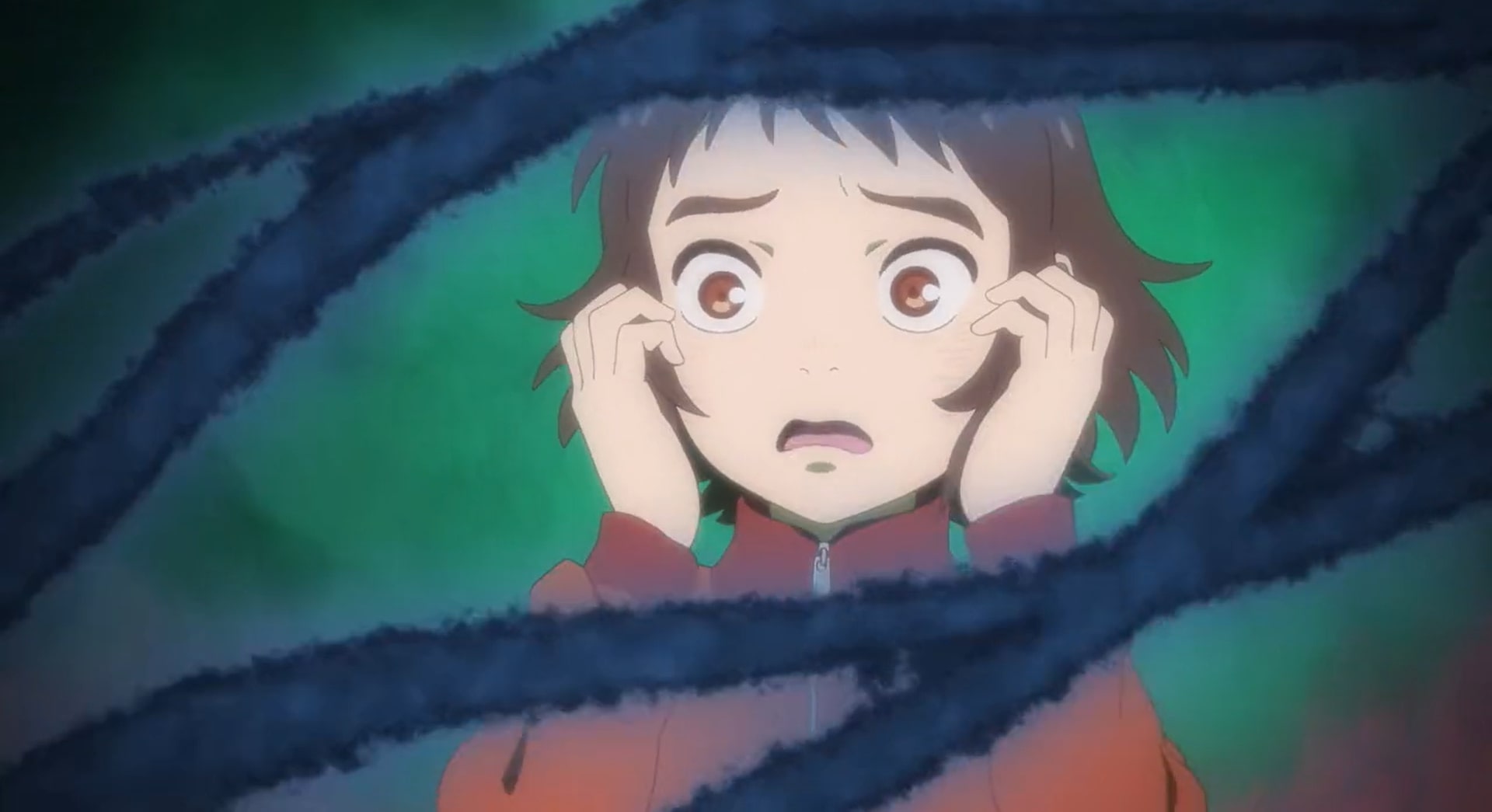 Kanna, who has lost her mother, was overcome by despair and slowly became a perfect target for a God Imposter. However, her being the descendent of the Gods made Kanna an even more attractive victim because the dark entity can just wait for the right opportunity to take the offerings blessed by various Gods from Japan and use them to achieve its twisted goals.

This is why the God Imposter followed Kanna around from the very start. As mentioned earlier, Kanna’s growing self-sabotaging negative emotions allowed the entity to become stronger. In the end, the protagonist overcomes her dark emotions, which is a testament to her growth and maturation as a person. It also symbolizes that Kanna has come to terms with her mother’s death and is now prepared for all that life has to offer.